A rise in building permits is supporting the Canadian Dollar.

Canada continues constructing: Canadian building permits data out today showed an unexpected rise of 4.8% in December revealing a resilient housing market after reversing the 7.7% slump of the previous month (revised up to 7.3%).

The result beat expectations resoundingly of a 2.0% rise and led to a rise in the Canadian Dollar versus the Pound which saw GBP/CAD fall from 1.7435 to 1.7420 in the 15 minutes following the announcement.

The same could not be said of USD/CAD, however, which rose after the release, although this may have been because of hawkish commentary from Fed president William Dudley influencing the exchange rate at the same time as the release. 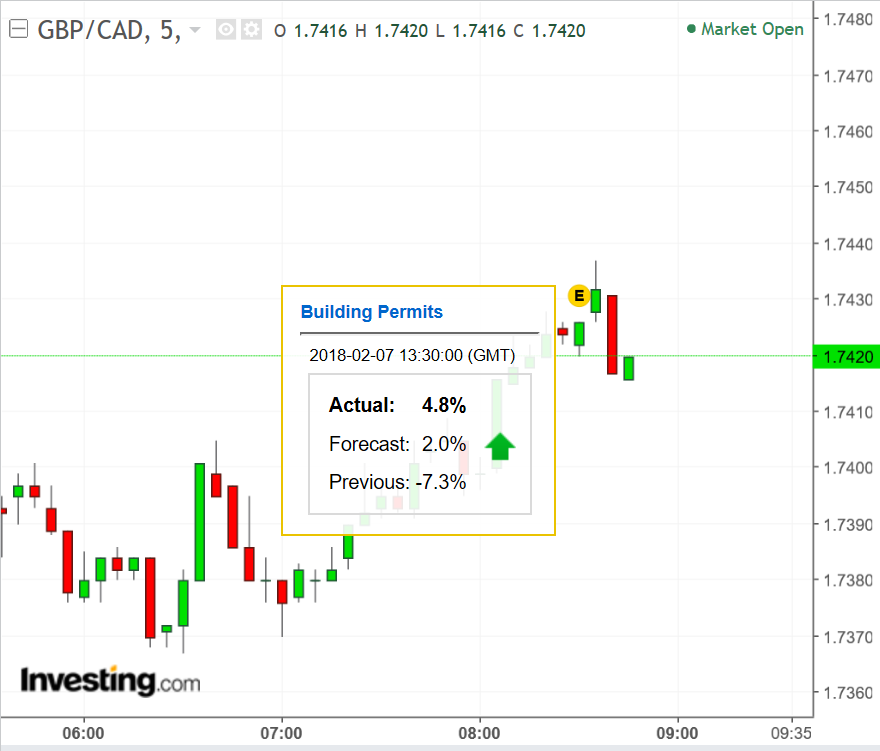 Previous to the release chief currency strategist at ACLS Global Marshall Gittler had forecast that a fall or flatlining in building permits might weaken CAD due to it reducing the likelihood of the Bank of Canada (BOC) raising interest rates in order to "discourage speculation in the housing market," and this appears to have been corroborated by fluctuations in GBP/CAD at least.