"What do you suggest? Fade the move today," - CIBC Capital Markets

Canadian Dollar exchange rates were a sea of red and an eyesore in an otherwise buoyant market for risky assets during Tuesday's trading session when a sharp rally in the Renminbi and Asia Pacific currencies more broadly appeared to lift many other boats around the market.

The Loonie lost considerable ground and despite a September GDP report suggesting Canada's economy outperformed both the economist consensus for the third quarter and the Bank of Canada (BoC) forecast for that period.

Details relating to interest rate sensitive parts of the economy were soft but not significantly so and there was nothing macabre in the data.

"We doubt the market is reacting to that. If it was, we would have seen other factors shift as well. But pricing for the next BoC meeting and terminal are largely consistent with where they were yesterday," writes Bipan Rai, North American head of FX strategy at CIBC Capital Markets, in a Tuesday note. 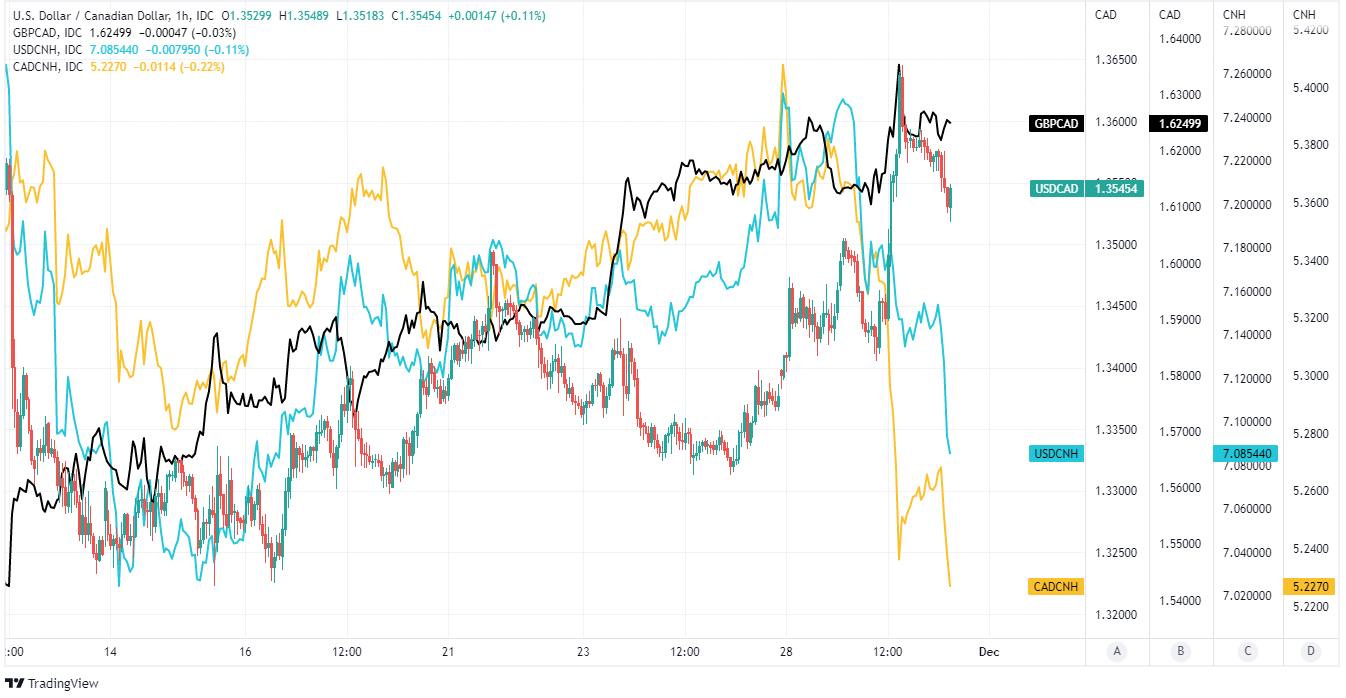 Above: USD/CAD shown at 15-minute intervals alongside GBP/CAD, Dollar-Renminbi rate (USD/CNH) and CAD/CNH.

"This feels flow related, but with questionable fundamental underpinnings. I suspect that participants are squaring up strategic CAD longs on the crosses. But even then, the move we saw today was very excessive," he adds.

Previously on Tuesday Rai fielded CIBC clients' about the sell-off including one inquiring whether it might have had something to do with Royal Bank of Canada's announced acquisition of HSBC Bank Canada.

"The cash component of the deal is C$13.5bln, while recent BIS data tells us that average daily turnover for USD/CAD is multiples above that. M&A flow rarely, if ever, leads to sustained gains in a DM pair like USD/CAD," he writes.

"What do you suggest? Fade the move today," Rai says of Tuesday's rally.

To optimise the timing of international payments you could consider setting a free FX rate alert here.

"In our note yesterday, we acknowledged there were risks that USD/CAD could rally again – but this move happened far more quickly than we thought and not at all for the reasons we game planned for. And we don’t think that enough has happened to suggest that we need to look at new ranges," he writes.

Rai said on Tuesday that CIBC's financial model-derived estimate of fundamental 'fair value' for USD/CAD sits around 1.33 while he and the strategy team had previously suggested that clients look for the exchange rate to trade within a wide 1.30 to 1.35 range during the weeks ahead.

Hence why Tuesday's suggestion was to "fade" the move by selling USD/CAD anywhere around the current market levels.

"These types of moves are more likely to occur going forward. There are too many structural changes in the macro space," Rai says.

"That means that you have to be more active in managing your FX risk relative to the pre-pandemic days. Passive hedging won’t work nearly as well in this environment," was Rai and CIBC's overall take on Tuesday's price action. 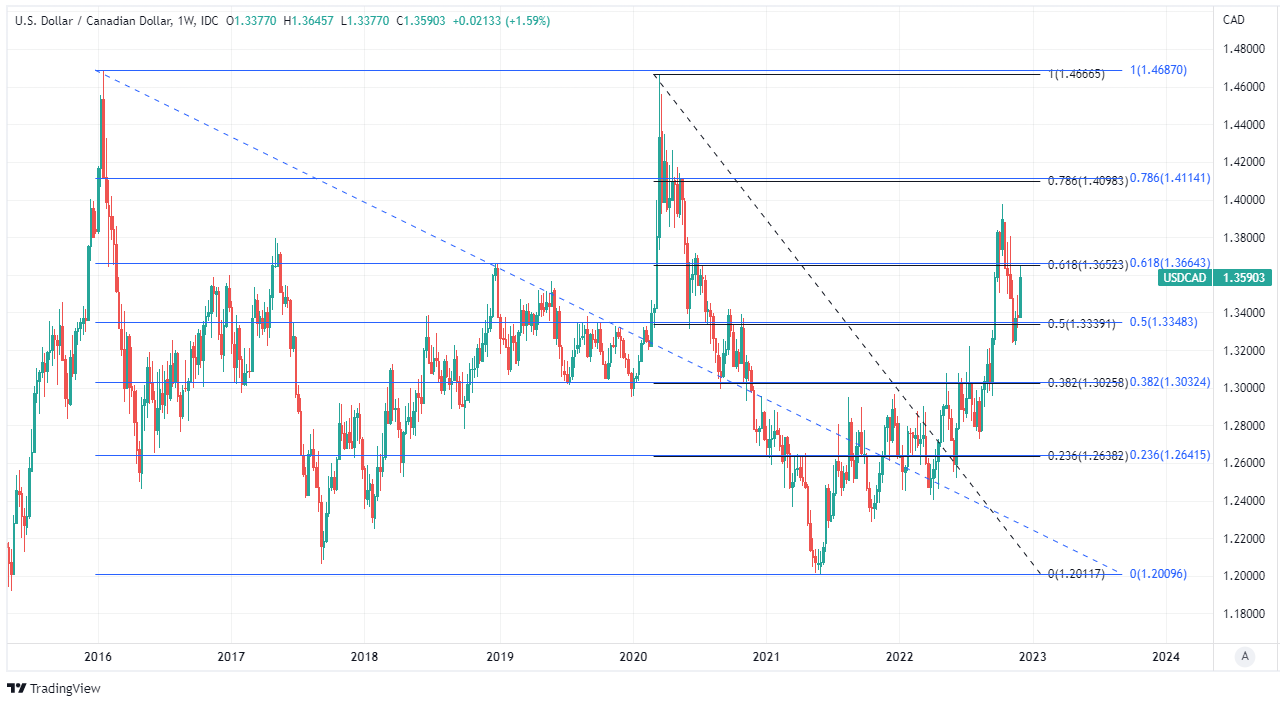 Above: USD/CAD shown at weekly intervals with Fibonacci retracements of January 2016 and March 2020 peaks indicating possible medium and long-term areas of technical resistance for U.S. Dollar. Click image for closer inspection. If you are looking to protect or boost your international payment budget you could consider securing today's rate for use in the future, or set an order for your ideal rate when it is achieved, more information can be found here.