The Pound to Canadian Dollar rate has had a torrid year thus far but there are both technical and fundamental indications that a turnaround may be in the pipeline, although much still rests on forthcoming Federal Reserve (Fed) and Bank of England (BoE) interest rate decisions.

Sterling tumbled against the Canadian Dollar on Tuesday as the U.S. Dollar strengthened in the wake of a significant upside surprise in core U.S. inflation for August, although it remained above the 12-year lows seen in the prior week and earlier price action may be suggestive of a turnaround in the pipeline.

“The week has started off with the GBP in the ascendancy and a high close on the week would bolster the prospects of a more meaningful rebound,” says Juan Manuel Herrera, an FX strategist at Scotiabank.

"The broader bear trend will take some turning around and we expect stiff resistance around 1.5350/1.54 initially at least, ahead of retracement resistance at 1.5580,” Herrera had said previously on Monday this week.

GBP/CAD had been on course for a hat-trick of intraday gains ahead of the U.S. inflation release and its subsequent fall demonstrates how the direction of the U.S. Dollar remains an important influence on the outlook for the pair. 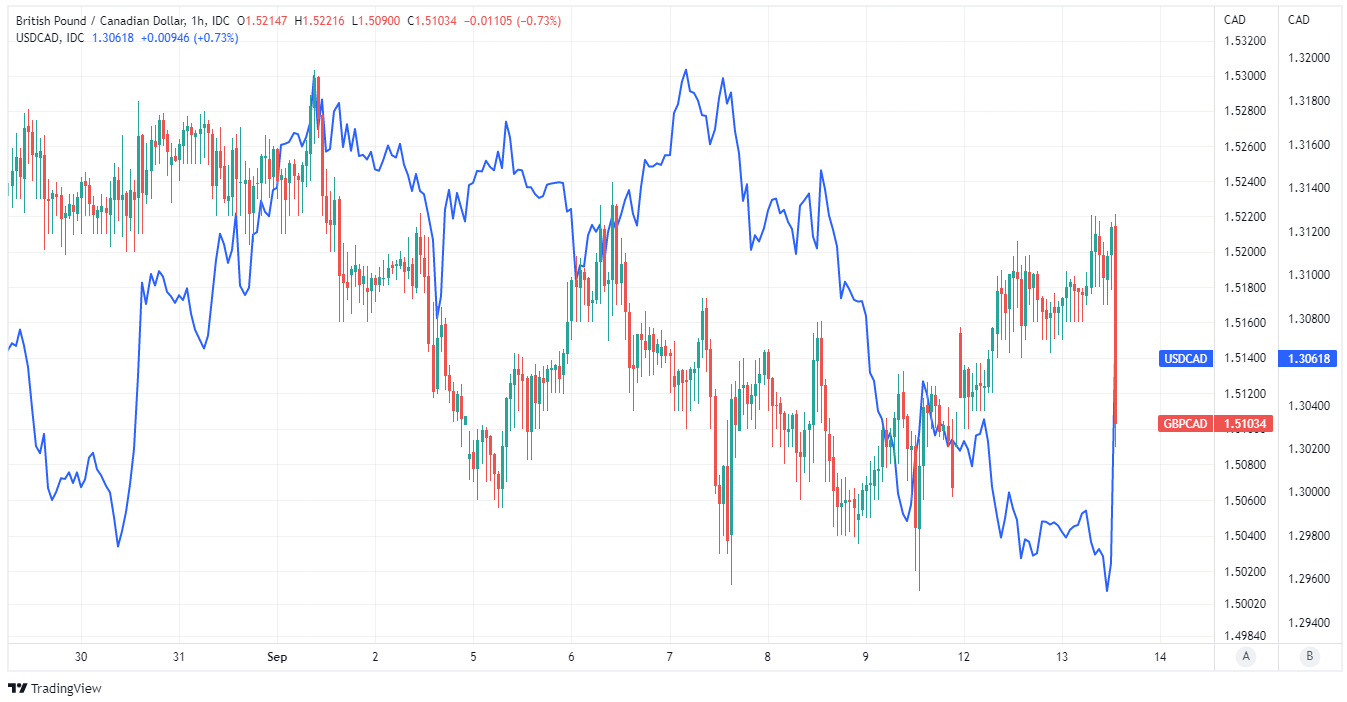 Above: Pound to Canadian Dollar rate shown at hourly intervals alongside USD/CAD.

Tuesday's inflation data potentially has significant implications for the Federal Reserve and it remains to be seen whether the rallying U.S. Dollar will be able to withstand the interest rate decision announced next Wednesday, which could favour a larger increase than any of those announced by the bank to date.

“I believe the path of least resistance for now is still a weaker USD as we come out of a regime of extreme sentiment, peak energy panic, wrong way bets on the fiscal disintegration of the UK, and central bank divergence," says Brent Donnelly, president at Spectra Markets and a career currency trader with time spent at hedge funds and global banks including Lehman Brothers and HSBC.

Donnelly is a buyer of the Pound to Canadian Dollar rate from the 1.5133 level and is looking for a recovery to 1.5684 in the weeks or months ahead.

The Canadian Dollar has recently been far more resilient than Sterling to the rallying U.S. Dollar, which explains much of its -11% 2022 decline, and to the extent that the reverse is also true then there would potentially be scope for GBP/CAD to benefit in the event of a renewed decline by the greenback.

A recovery is not necessarily assured in those circumstances, however, and in part because there is a danger of a correlation-flip that leaves GBP/CAD and USD/CAD positively correlated if and when the U.S. Dollar rolls over.

This sometimes happens around the twists and turns in a U.S. Dollar cycle. 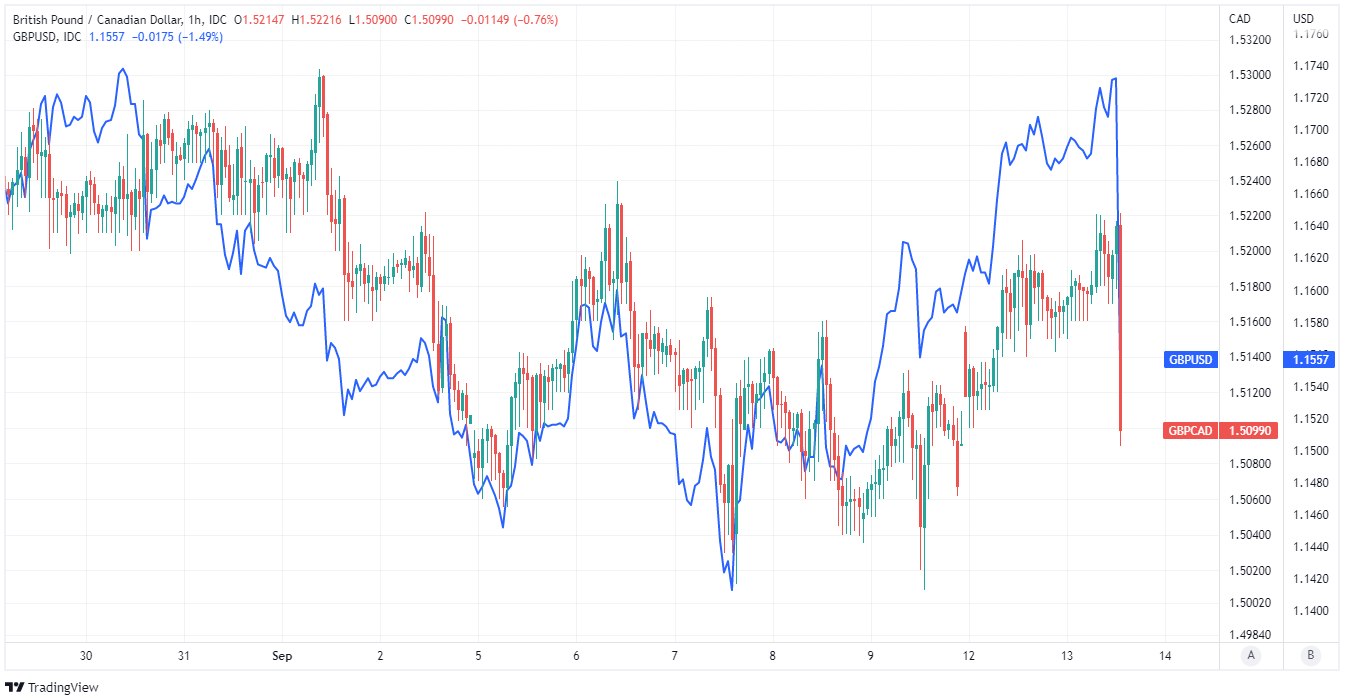 Above: Pound to Canadian Dollar rate shown at hourly intervals alongside GBP/USD.

GBP/CAD had rallied sharply ahead of the U.S. inflation figures when the Canadian Dollar lagged behind in a rally among risky currencies, which some analysts suggested was the result of Ukrainian success in driving an invading Russian army out of strongly defended positions.

Tuesday’s price action also followed job figures showing the UK unemployment rate falling further to 3.6%, and its lowest level since 1974, with wage growth reported to have picked up from an annualised pace of 5.2% to 5.5%.

This could have implications for Bank of England interest rate policy on September 22 and perhaps even more so in light of last week’s UK government announcement that it will use public funding in order to limit household energy bills to little more than a third of what they would otherwise be.

“Wages continued to grow at a rate the MPC cannot tolerate in July; the three-month-on-three-month annualised rate of growth in wages excluding bonuses increased to 7.0%, from 6.2% in June. But we continue to expect a combination of a rapid fall in CPI inflation next year and emerging labour market slack to bring wage growth back down,” says Samuel Tombs, chief UK economist at Pantheon Macroeconomics.

Government action spares households from an eightfold increase in energy costs this year but the BoE may view it as a source of medium-term inflation risk and when combined with a so-far resilient economy, the bank could see government policy as reason enough for an aggressive rate rise next week.

However, there is uncertainty over the size of any likely interest rate step as well as the currency market response to it. 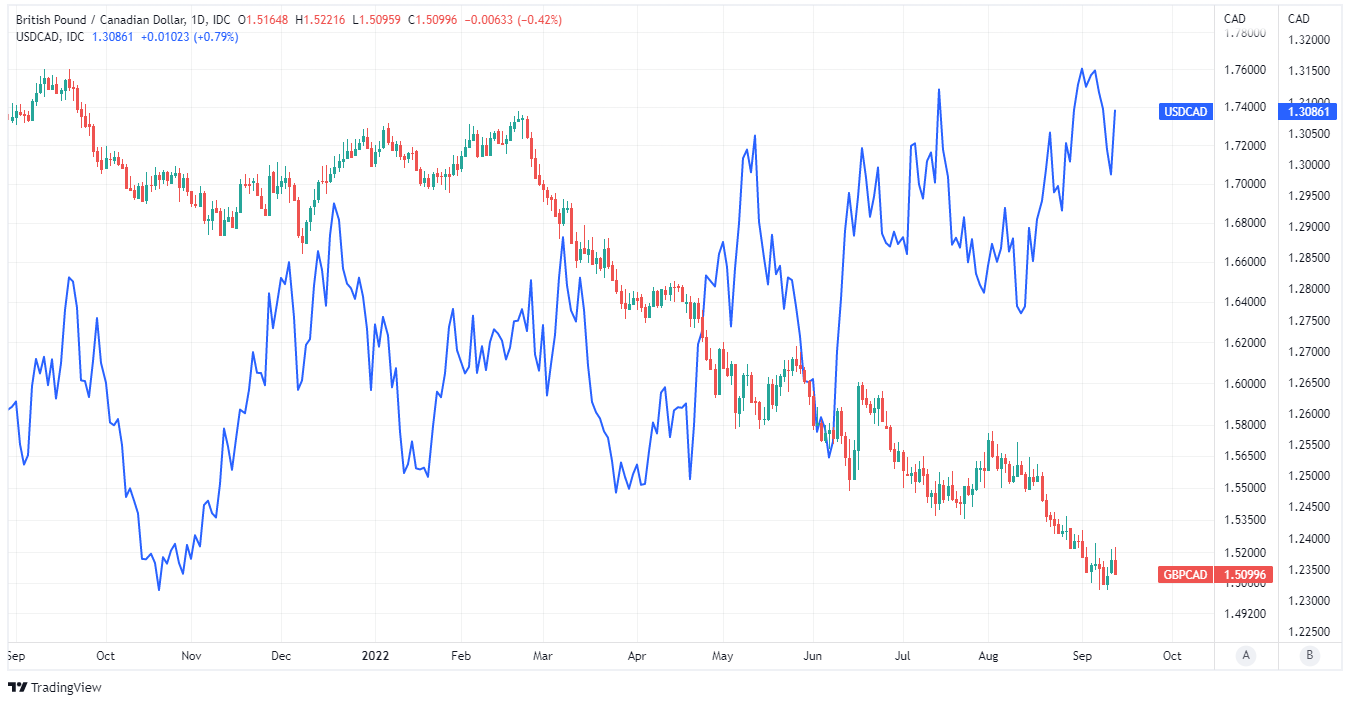 Above: Pound to Canadian Dollar rate shown at daily intervals alongside GBP/USD.

Meanwhile, the Canadian economic calendar sits devoid of major appointments for the Loonie in the week ahead, although the latest data suggested that Canada’s economy may be softening in response to Bank of Canada (BoC) interest rate policy.

Canadian employment fell for a third consecutive month in August and the BoC is still widely expected to lift local interest rates further over the remainder of the year, which is one reason for why some strategists see the currency remaining under pressure against the U.S. Dollar.

“We doubt this number is the catalyst to instigate CAD weakness, but it may start to kick off the domino effect of bad news. It may take another month or so, but it does seem like CAD rallies have a short shelf life,” says Mazen Issa, a senior FX strategist at TD Securities.

“There is always a sense of caution in extrapolating implications from monthly jobs reports to the CAD (given its random number generator tendency), but with USDCAD finding its way back down to 1.30, we would reckon that that level may look attractive for many to fade,” Issa said on Friday.

The BoC lifted its interest rate to 3.25% last week and said the benchmark would likely have to rise further over the remainder of the year in order to ensure that inflation returns to the bank's 2% target, a sentiment that was echoed by Deputy Governor Carolyn Rogers in a speech the very next day. 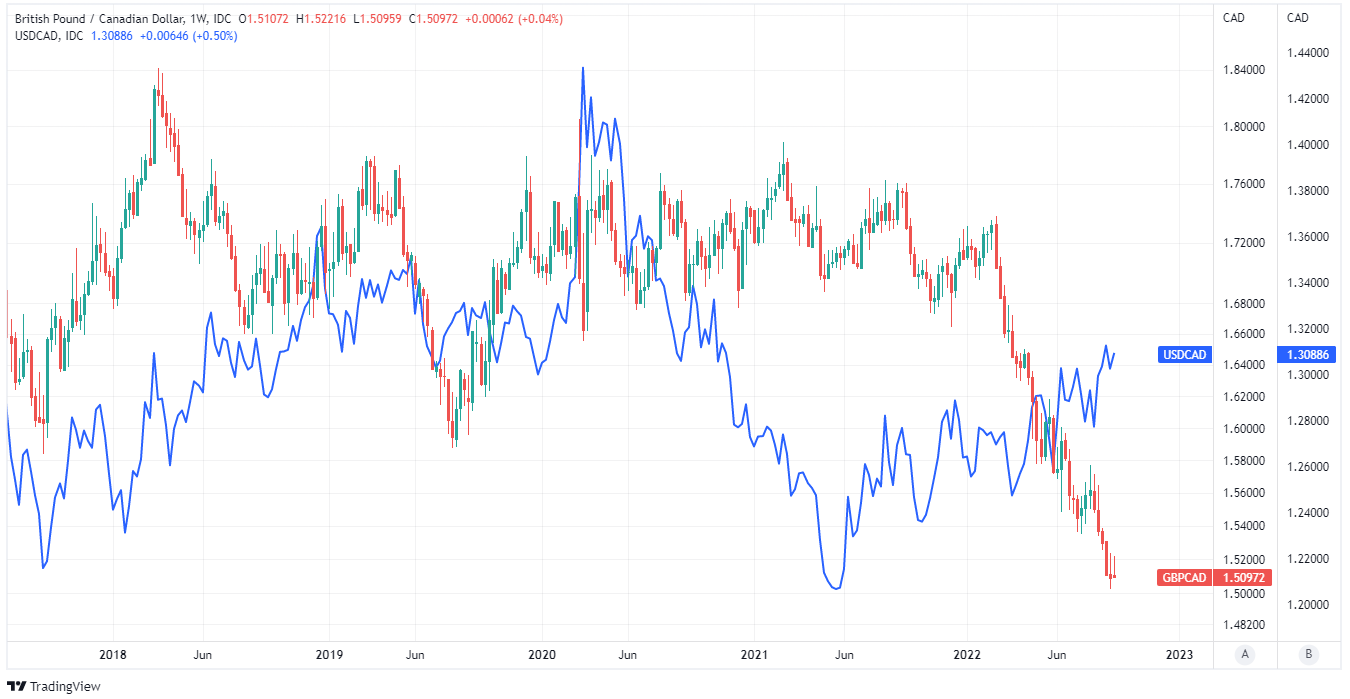 Above: Pound to Canadian Dollar rate shown at weekly intervals alongside GBP/USD. 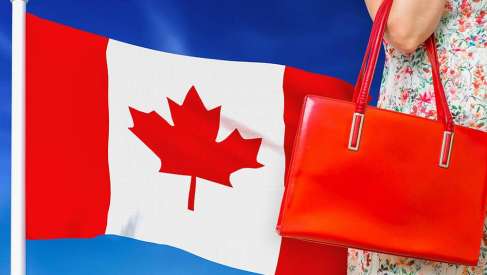