The Canadian Dollar ceded ground to the greenback and perceived safe-haven currencies but rose against most other major counterparts as the Euro and risk assets across the world sustained heavy losses early in the new week, which lifted USD/CAD toward a major level of technical resistance on the charts.

Canada’s Dollar fell against a stronger  U.S. Dollar, Japanese Yen and Swiss Franc on Tuesday but climbed relative to Sterling and others in the G10 contingent of major currencies amid broad losses for stocks and gains in some commodity prices.

“The USD major trade‑weighted index powered‑forward early during the European trading session to the highest level since December 2002. Stock markets are lower and bonds are rallying,” says Elias Haddad, a senior currency strategist at Commonwealth Bank of Australia, who's also warned of further losses ahead for commodity-linked currencies.

“GBP and Gilts ignored the release of the BoE’s Financial Stability Report. The BoE noted the UK banking sector has levels of capital and liquidity that can support households and businesses even with the worsening economic outlook,” Haddad also said on Tuesday. 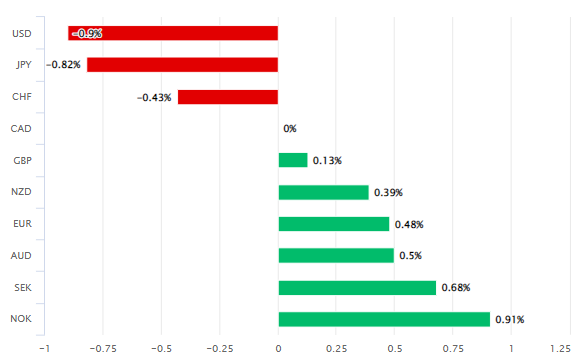 Stock markets appeared to follow risky currencies lower on Tuesday after the European single currency fell sharply from the London open with no obvious catalyst for the declines beyond developments in energy prices.

“Yesterday’s BoC surveys confirm our view that the Bank will hike by 75bps at the next meeting in a few week. Even still, markets have this priced in alongside decent odds of another non-standard sized hike at the September meeting,” Rai also said on Tuesday. 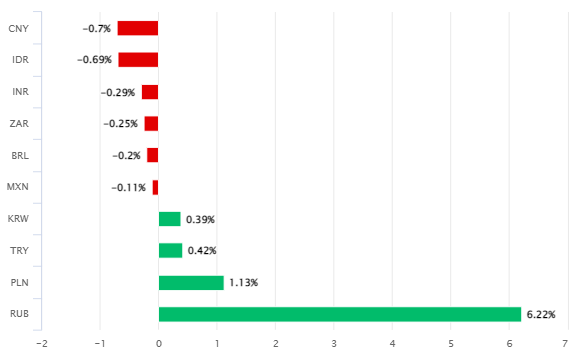 There was widespread discussion among analysts on Tuesday about the economic risks posed by rallying natural gas prices with strike action in Norway and falling levels of Russian supply both cited as contributors to the latest price increases.

European gas shortages will impact prices and supplies in other markets as demand shifts, however, with knock-on implications for other economies and currencies.

“EUR bulls had held out hope that the obvious and sharp manufacturing slowdown would be offset by stronger services. However, it does not appear that this shift in demand away from goods towards activity such as travel and leisure is materialising,” Bunning added. 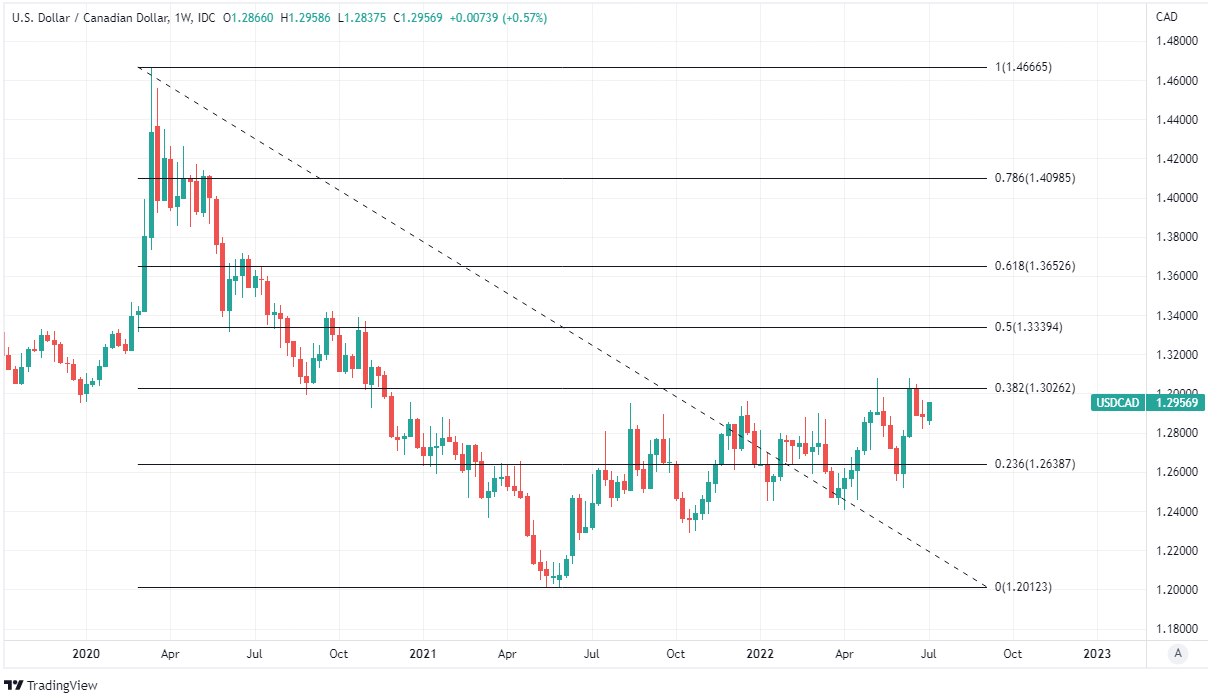 Tuesday’s U.S. Dollar rally lifted USD/CAD by more than 100 points to take it back above 1.29 but losses for other currencies were larger and USD/CAD was fast closing in on a major level of technical resistance around 1.3026 on the charts.

“We continue to like USD/CAD higher from here on macro concerns and with our view that the BoC won’t be able to keep up with the Fed when it comes to rate hikes in the months/quarters ahead,” CIBC’s Rai also said on Tuesday.

The Pound to Canadian Dollar exchange rate was softer on the day while near to 10-year lows around 1.55 handle and with little obvious scope for any meaningful recovery in the short-term after having fully reversed its mid-June rally last week.

Meanwhile, the main Sterling exchange rate GBP/USD fell back beneath 1.20 and was fast approaching its lowest levels since the coronavirus-related collapse of international markets back in March 2020, which was one factor keeping GBP/CAD under wraps. 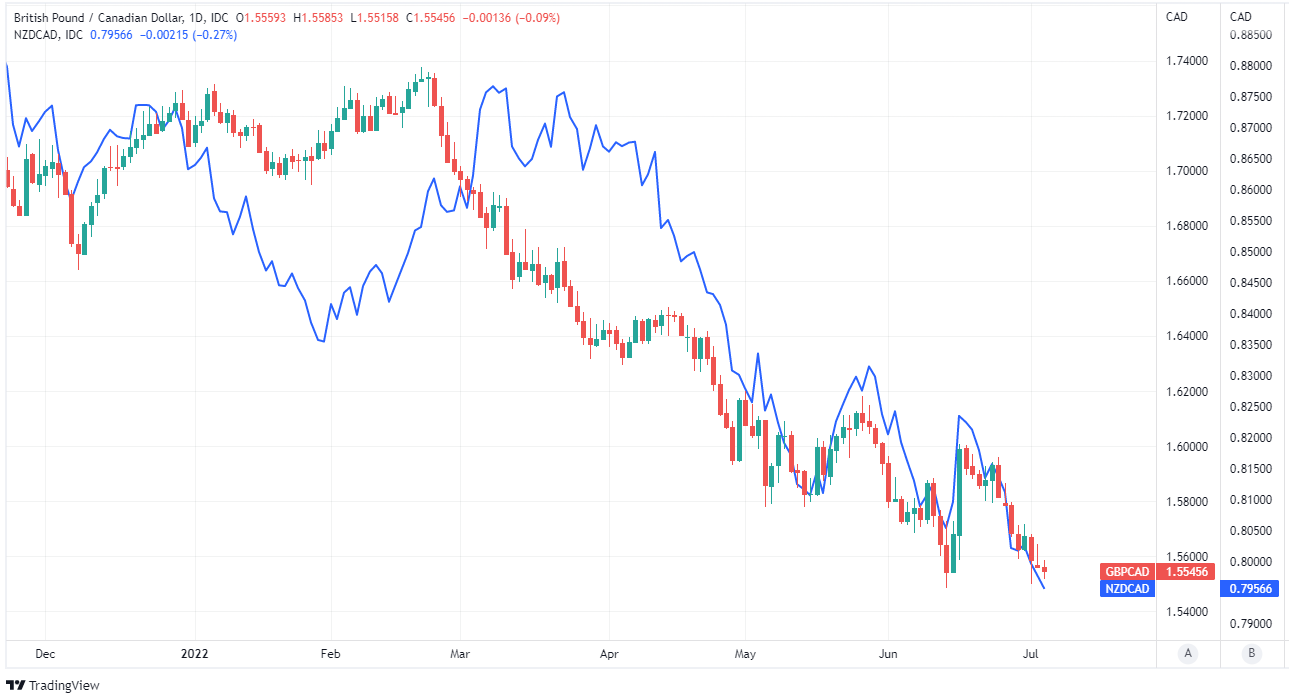