“That leaves USD/CAD range bound between the 1.25-1.30 area over the near term. We still maintain that risks are skewed towards a break higher out of that range. As such, we like longer-term USD calls. We’ll reassess if spot closes below 1.2450,” - Bipan Rai, CIBC Capital Markets. 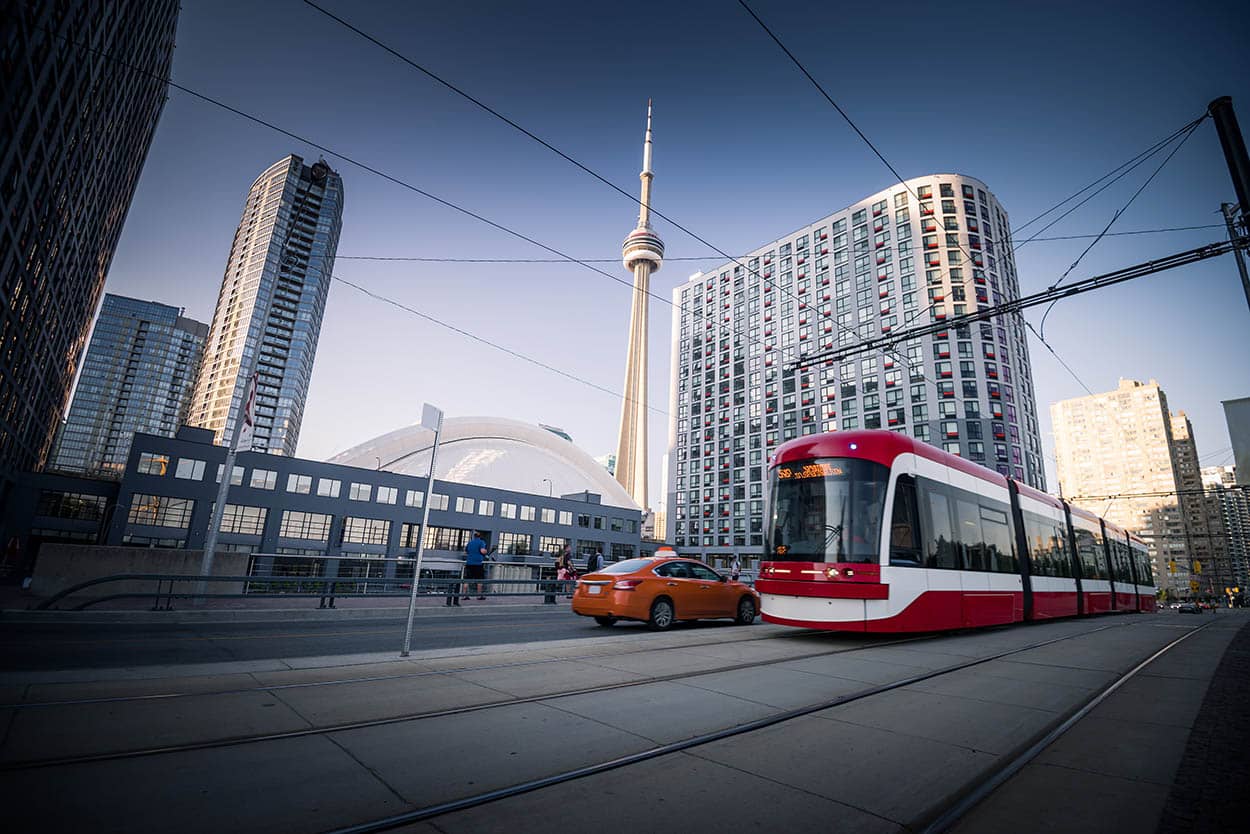 Canada’s Dollar claimed pole position among major currencies for the year this week but strategists at CIBC Capital Markets say it could be close to peaking and have warned that a recently-supportive Bank of Canada (BoC) monetary policy stance now risks turning from tailwind to headwind.

The Canadian Dollar became the best performing major currency in the G10 bucket for the week to Wednesday as well as year overall when the USD/CAD exchange rate slipped lower toward the round number of 1.25 on Tuesday, where it remained in the mid-week session.

Tuesday’s price action came alongside declines in the Dollar Index but gave way on Wednesday to rebound in U.S. exchange rates that did not ruffle the Canadian Dollar’s feathers to the same extent as it did other currencies and that may have to do with a recently-supportive BoC policy stance.

“Additionally, Beaudry was also fairly clear on what “more forceful” means for policy going forward. First, there’s a chance that policy will have to go to, or above, the upper end of the neutral range (~300bps). Second, this could also mean larger incremental moves as well – thereby leaving the door open for a 75bps hike,” Rai and colleagues wrote in a Monday research briefing.

Rai and the CIBC team said on Monday that while recently elevated government bond yields are likely to support the Canadian Dollar in the short-term, the risk is that USD/CAD rises within and eventually breaks above the top of an anticipated 1.25 to 1.30 trading range.

This is in part because they view the market as overlooking the risk of the BoC’s interest rate cycle being brought to an end earlier and at lower levels than many in the financial markets are giving credit for.

“Remember that the market has been pricing in a terminal rate above 300bps for some time. As such, the BoC is really just moving in-line with where the market is. A 75bps hike is a possibility now, but any such action is more likely to truncate the BoC cycle than to prolong it,” Rai said.

“Consider that the Bank hasn’t hiked incrementally by that amount in 24 years, and it would be conducting such an action when the private sector remains incredibly leveraged,” he cautioned. 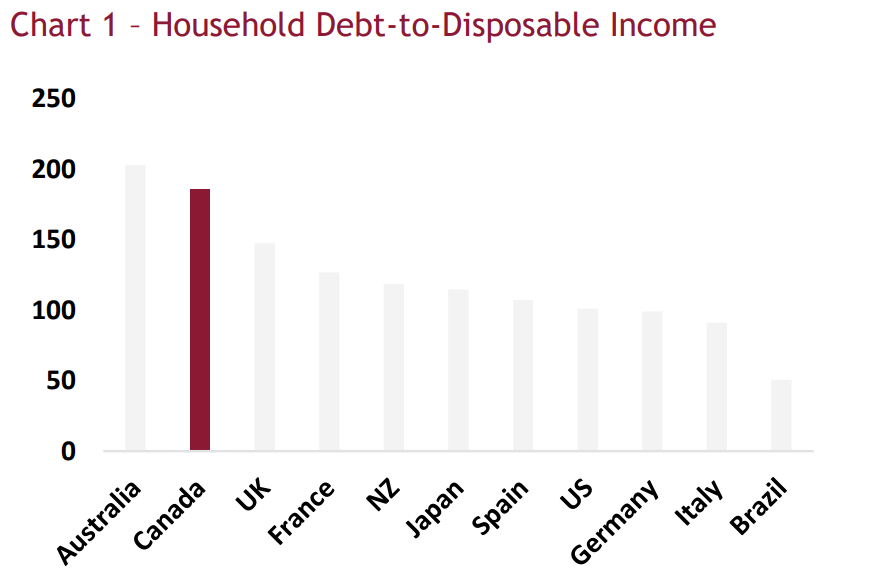 All of this comes after the Bank of Canada lifted its cash rate from 1% to 1.5% last week and warned that it would act “more forcefully” if either inflation or expectations for inflation rise sufficiently enough to make that necessary.

This lifted the Canadian Dollar against many currencies, although CIBC’s idea is that any more forceful policy response is something that could bring down local inflation expectations and end the BoC’s interest rate cycle sooner than many in the markets expect, with implications for the Loonie.

“The key to remember now is that there’s little divergence between the BoC and the Fed when it comes to tighter policy. To us, that leaves USD/CAD range bound between the 1.25-1.30 area over the near term. Over the long-term, we still maintain that the risks are skewed towards a break higher,” Rai said.

"As such, we like longer-term USD calls. We’ll reassess if spot closes below 1.2450," he also said on Monday. 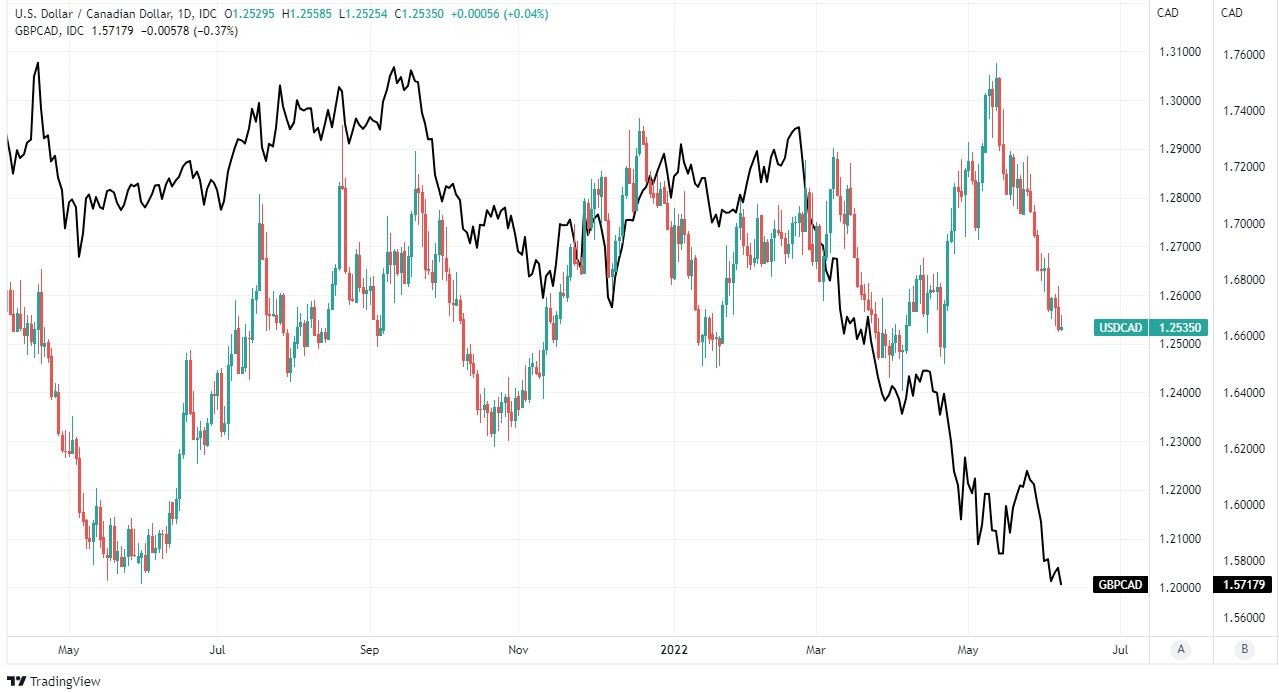 Above: USD/CAD shown at daily intervals alongside GBP/CAD. Click image for closer inspection.