The Canadian Dollar resisted the advances of the U.S. Dollar through the mid-week session but has been flagged by strategists at CIBC Capital Markets as vulnerable to any Federal Reserve (Fed) decision to taper off its quantitative easing programme at a faster pace.

That nascent outperformance has so far prevented the Canadian Dollar from slipping into the red when 2021’s performance is measured against the U.S. Dollar, although CIBC Capital Markets has warned this could soon change if the Fed accelerates the winding down of its bond buying programme.

This would be a likely trigger for further gains in shorter maturity American government bond yields, which could then eclipse those underwriting the Loonie and at a point when the Canadian government bond market is already banking on as much as it could hope for from the Bank of Canada (BoC).

“We haven’t seen the correlation coefficient for front-end spreads emerge as the predominant driver just yet, but as front-end spreads compress (CAD rates outperform), then the topside risks to USD/CAD should come into sharper relief,” writes Bipan Rai, North American head of FX strategy at CIBC Capital Markets, in a note to clients following Jerome Powell’s Tuesday testimony in Congress. 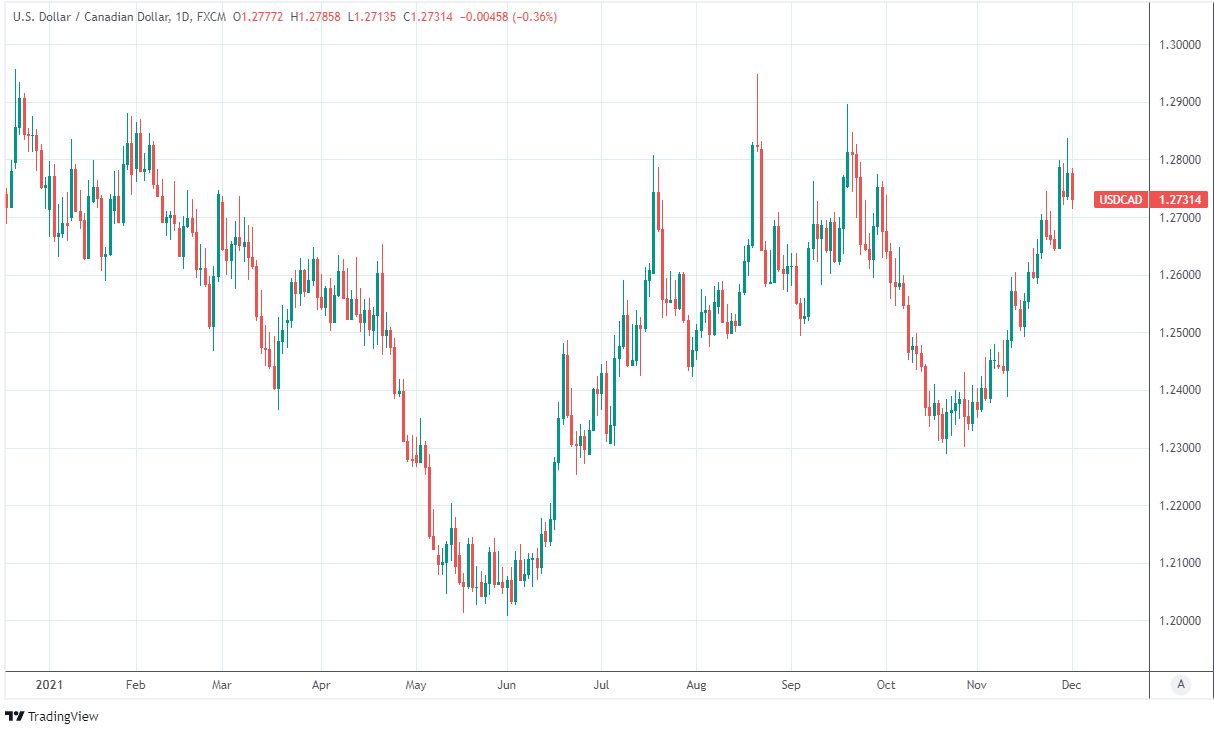 This is why he and other policymakers have recently floated the possibility, if not likelihood, that the Fed could decide at one of its coming meetings to accelerate the pace at which the bank’s quantitative easing programme is wound down.

That would manoeuvre the bank into a position where it could then begin lifting the Federal Funds interest rate from its present near-zero level and potentially as soon as the second quarter of 2022.

“The big risk to the base case of an accelerated taper is if the omicron variant poses an even greater risk to growth than currently envisaged. That will take a few weeks to sort out,” CIBC’s Rai said this Tuesday.

The prospect of an earlier lift-off for the Federal Funds rate would potentially incite a further rally in U.S. Dollar exchange rates including USD/CAD, given that financial markets have recently pushed back their implied estimate of when the Fed would be most likely to begin lifting rates.

Pricing in the overnight indexed swap market indicated on Wednesday that a Fed rate rise couldn’t be taken for granted until at least November 2022, although the reality is increasingly that the decision may be likely to emerge much sooner than that.

Meanwhile, pricing in the equivalent market for Canadian interest rates still implies that the Bank of Canada is certain to raise its cash rate from 0.25% to 0.5% no later than April 2022, which leaves little scope for the Canadian Dollar to benefit from a further repricing of the BoC outlook. 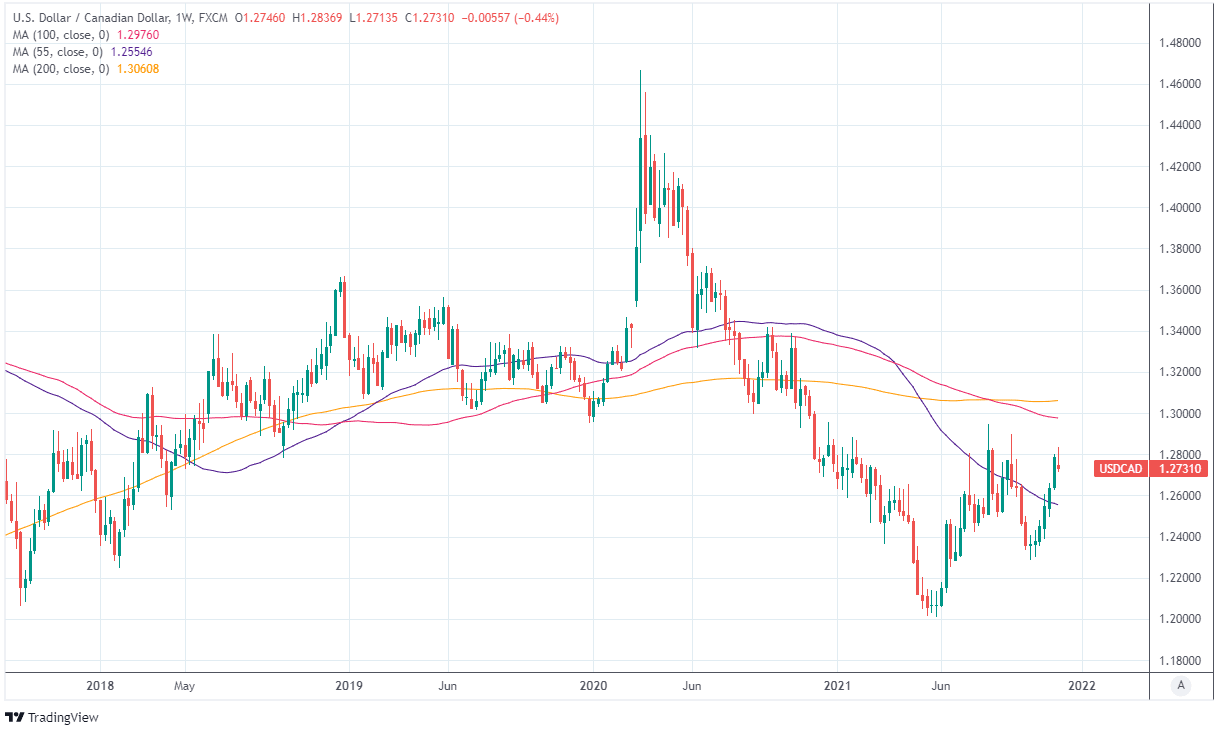 Above: USD/CAD shown at weekly intervals.