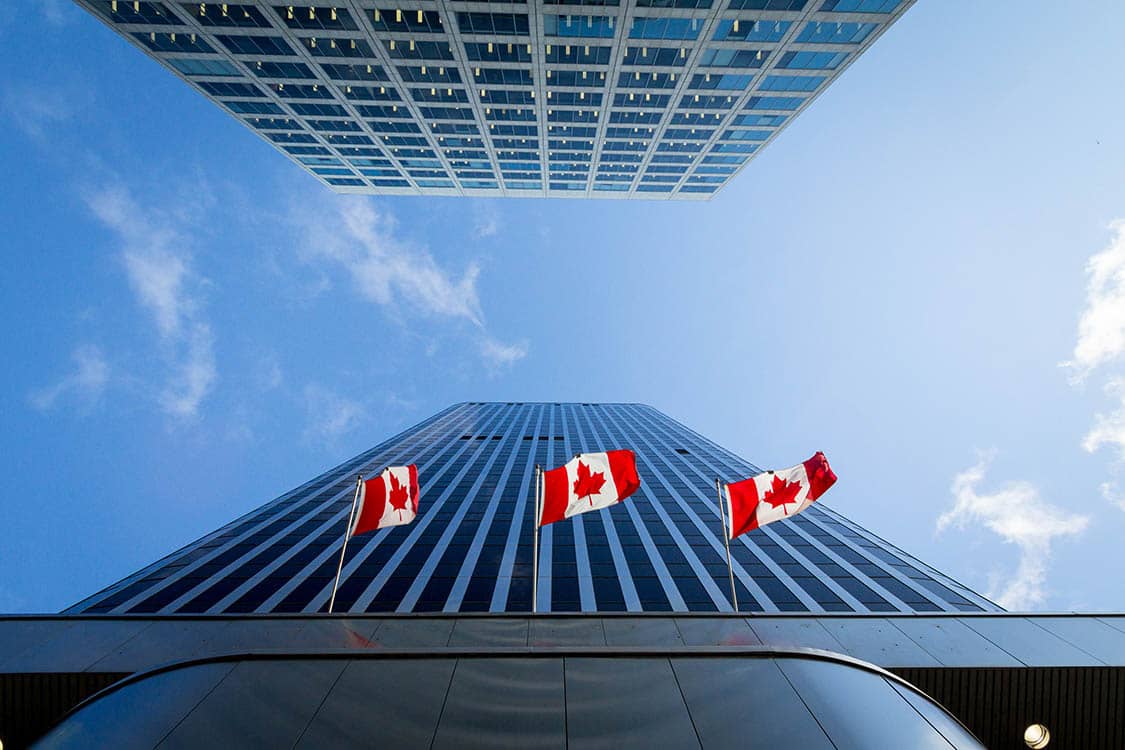 The Canadian Dollar clocked up multi-month highs against a range of major counterparts when September’s employment report surpassed market expectations just as investors were responding to a poorer-than-anticipated U.S. payrolls number.

Canadian Dollar strength and U.S. Dollar weakness pulled USD/CAD to its lowest level since July on Friday and in the process helped drag the Pound-to-Canadian Dollar rate to intraday lows of 1.7050, also leaving Sterling on the cusp of multi-month lows.

Price action came after Statistics Canada said the economy had created or recovered from the coronavirus some 157.4k jobs in September, nearly three times the 59.5k implied as likely by the consensus among economists, which pushed the unemployment rate lower from 7.1% to 6.9%.

These gains took the total number of Canadians in employment back to pre-pandemic levels but was thanks to employment gains in the services sector, the outlook for which has since been subject to enhanced uncertainty.

“As of the September reference week, several provinces had introduced, or planned to introduce, proof-of-vaccination requirements to enter non-essential venues such as restaurants, bars and gyms. In addition, masking requirements in indoor public spaces were re-introduced in some regions. Alberta re-introduced an alcohol service curfew,” Statistics Canada said prominently in its announcement. 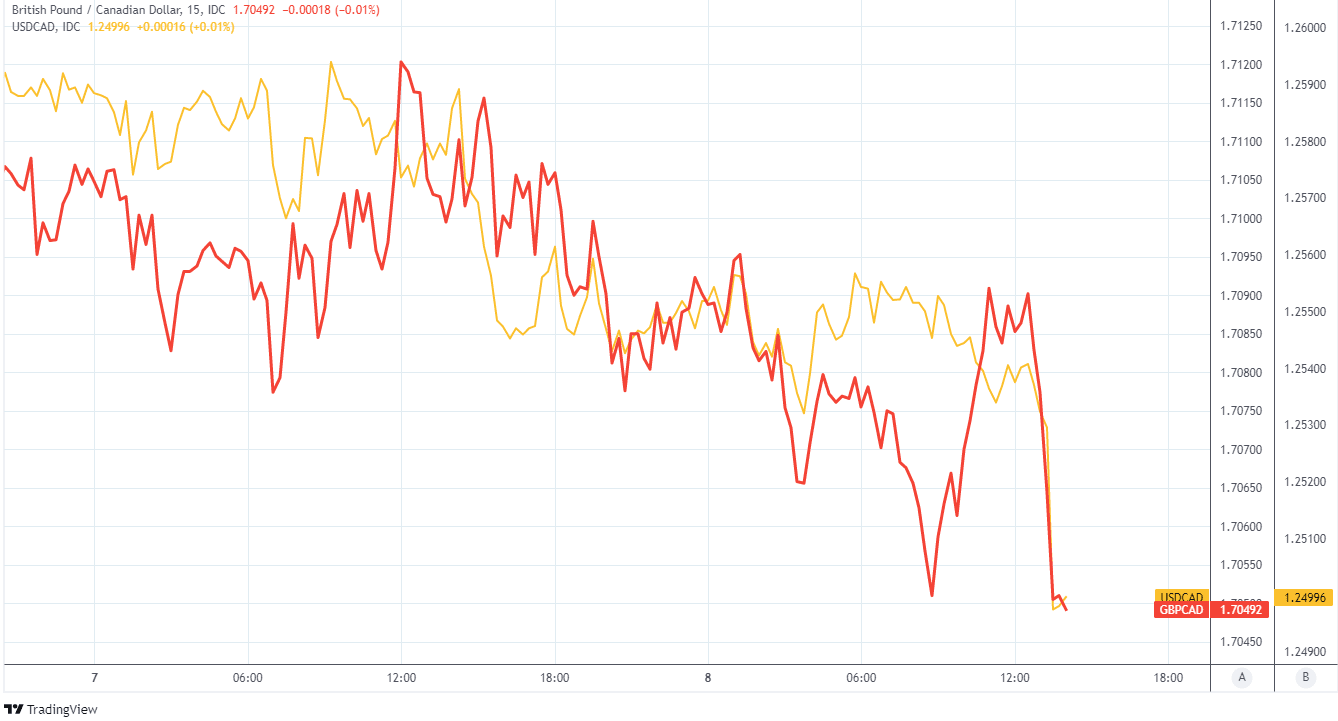 While Canada’s return to pre-pandemic numbers of employed is a notable milestone, overall employment rates were still below pre-pandemic levels when expressed as percentages of the labour force due to population growth.

This hints of what central bankers would call “spare capacity” in the labour market and could mean that Friday’s data does little if anything to encourage the Bank of Canada (BoC) to accelerate the timeline over which its monetary policy settings are set to be normalised.

“The Canadian dollar is rallying on the back of the strong reading and a weak one south of the border,” says Royce Mendes, an economist at CIBC Capital Markets.

“While the headline print likely seals the deal for another taper from the Bank of Canada later this month, there's still a ways to go to fully heal the labour market,” Mendes explains.

Meanwhile, across the southern border the non-farm payrolls number from the U.S. surprised sharply on the downside of market expectations for around 500k jobs to have been created or reinstated in September after the Bureau of Labor Statistics announced an increase of 194k.

This result was not as bad as the gap between expectations and reality would suggest however, because the Bureau of Labor Statistics also revised its earlier estimate of August’s payroll growth higher at the same time and this has delivered a boost to overall U.S. employment levels.

August’s number was revised higher by 131k to 366k, reducing by around a third the shortfall from the employment level that consensus expected for September, although whether this keeps the Federal Reserve on track to taper its quantitative easing programme in November remains to be seen.

“I would say in my own thinking the [labour market] test [for tapering of the Fed’s quantitative easing programme] is all but met. So I don’t personally need to see a very strong employment report. But I’d like to see a good one. A decent employment report,” Chairman Jerome Powell said last month.

Much about the outlook for USD/CAD and in turn for GBP/CAD depends as much on how soon the Fed feels comfortable winding down its $120BN per month bond buying programme as it does on how soon the BoC completes its own already-underway tapering process.

The U.S. Dollar sell-off that followed Friday’s payroll data would appear to suggest that investors think a November tapering had become less likely in the U.S., although it could matter that the near-200k increase in payrolls would’ve been considered a “decent” job report in pre-pandemic times. 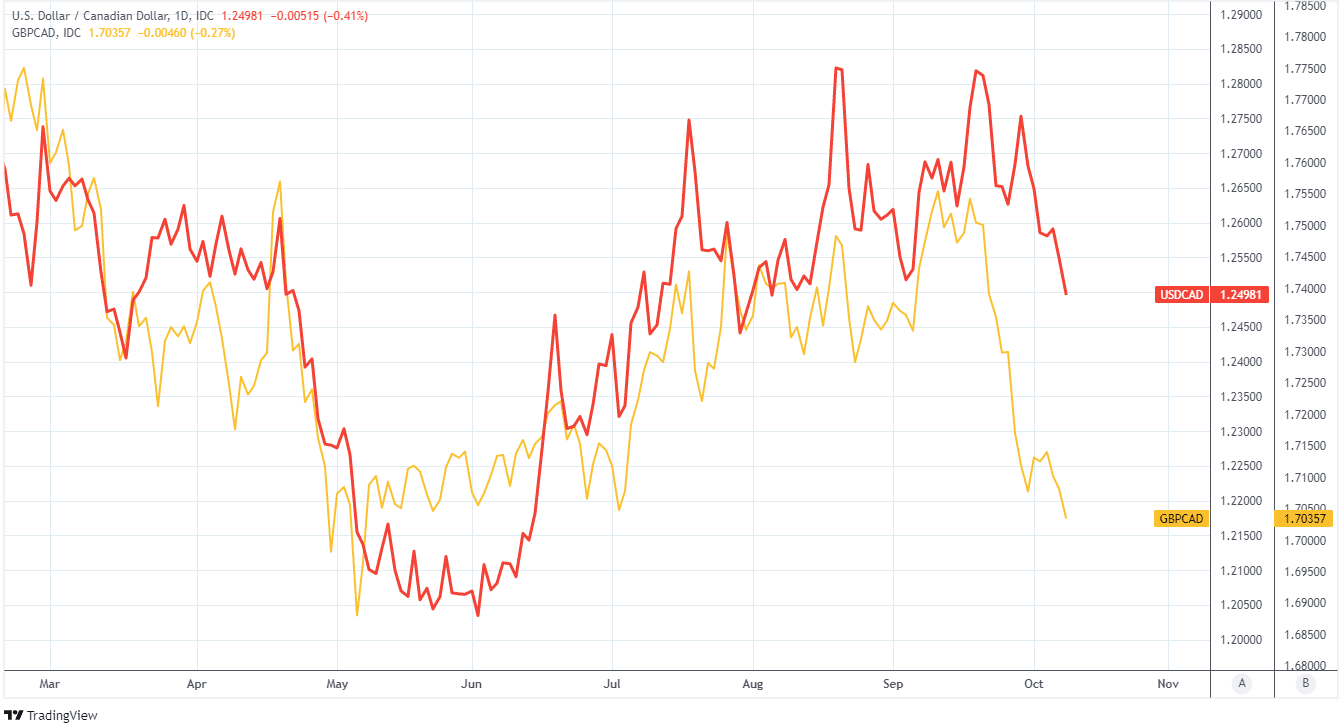 Above: USD/CAD shown at daily intervals alongside Pound-to-Canadian Dollar rate.