- GBP/CAD suppressed by a buoyant Loonie
- As oil & CAD benefit from energy concerns
- GBP/CAD could find support on fall to 1.70
- But remains vulnerable to USD/CAD losses

The Pound-to-Canadian Dollar exchange rate risks slipping toward the round number of 1.70 or below in the weeks ahead if a currently buoyant Loonie continues to weigh heavy on the USD/CAD.

Sterling pared back much of its late September losses to the U.S. Dollar through the week to Thursday while also making up for lost ground against a range of other currencies too, but it has been unable to make any progress against a buoyant Canadian Dollar.

The Pound-to-Canadian Dollar exchange rate was suppressed near the round number of 1.71 on Thursday - a broadly similar level to its opening for the week - after a Monday and Tuesday recovery rally was quick to lose steam and reverse from 1.7170.

This GBP/CAD reversal came as USD/CAD slipped back to 1.26 in the mid-week session and may indicate that further losses are in store for the coming days, although much depends on whether the Loonie or the greenback is able to push or pull USD/CAD lower still.

“Continued upward pressure on natural gas prices should result in some substitution into oil for power generation that keeps the CAD supported on the back of crude prices in contrast to its other high-beta peers,” says Shaun Osborne, chief FX strategist at Scotiabank.

The Canadian Dollar may have benefited from surging natural gas prices and from this week’s Organization of Petroleum Exporting Countries decision not to lift oil production further this quarter despite signs that demand may be greater through the coming months than was previously thought. 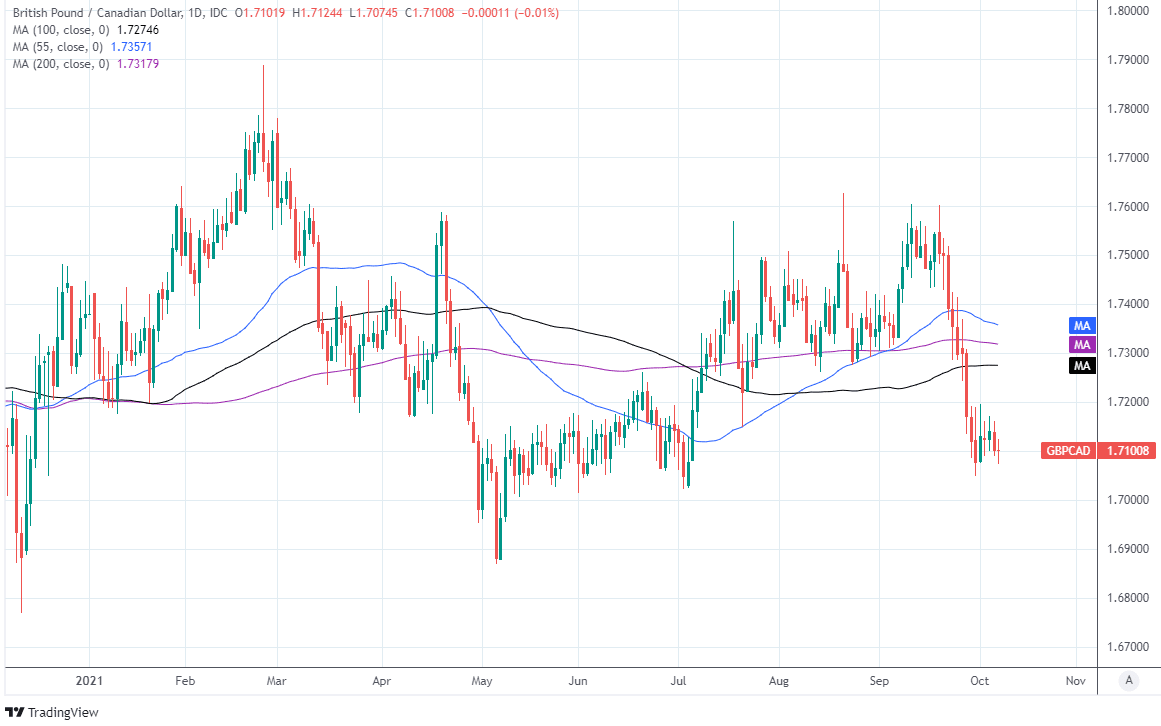 Canada is an energy exporter and so rising prices both enhance the country’s economic income as well as have a positive influence on the Canadian currency’s underlying fundamental value in some theoretical financial models.

“The strong surge in gas prices has shifted additional demand towards oil, which should persist for a while given the magnitude of current demand-supply imbalances,” says Claudio Wewel, an FX strategist at J. Safra Sarasin.

“Within the commodity-linked G10 FX space, both CAD and NOK should primarily benefit from these tailwinds, given that their oil price beta is particularly high and their valuation gaps versus the US dollar have widened as of late,” Wewel wrote in a Wednesday research briefing.

While there’s uncertainty about whether higher prices will lead to new investment, jobs and greater overall output from the Canadian energy sector, the marginal filip for the economy stemming from higher prices alone has been enough to get many analysts tipping the currency for outperformance.

But what matters most for the Pound-to-Canadian Dollar rate outlook is whether USD/CAD remains under pressure in the days and weeks ahead.

“With spot now close to our target and the underlying energy cost story still alive, we move our target lower to 1.2400 and our stop loss to 1.2700,” says Shahab Jalinoos, head of FX strategy at Credit Suisse, writing in a Wednesday research briefing.

“Staying short EURUSD, along with a range of other EUR crosses like EURCAD by extension given our bearish USDCAD view, has been a key core view throughout 2021 and we see no reason at this time to shift stance,” Jalinoos and colleagues also said.

USD/CAD is one of two primary influences on GBP/CAD and losses for one often mean losses for the other, which is why the Credit Suisse team’s outlook is also bearish news for the Pound-to-Canadian Dollar rate.

Any USD/CAD decline to Credit Suisse’s 1.24 target would pull GBP/CAD lower and as far as 1.6865 unless in the interim the main Sterling exchange GBP/USD is able to stage a sustained break above Thursday’s 1.36 level.

But in consolation for GBP/CAD, there’s a bunch of technical support levels clustered around 1.2500 in USD/CAD, which could provide support to Sterling around the 1.70 area if they're successful in frustrating USD/CAD’s decline. 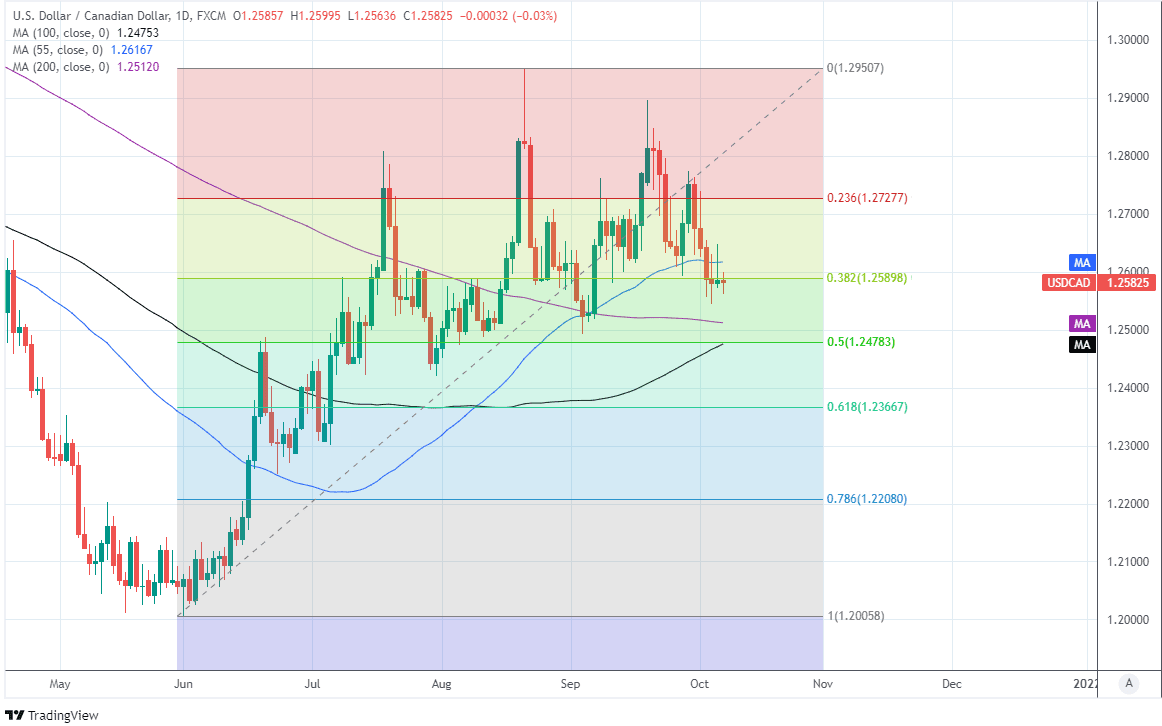 Above: USD/CAD shown at daily intervals with major moving-averages and Fibonacci retracements of June rally indicating possible areas of support. 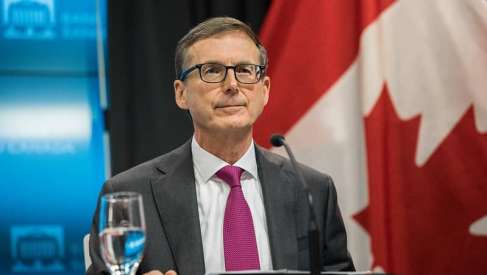