The Pound was seen hovering near multi-week lows against the Canadian Dollar in the wake of a decision by the world's major oil suppliers to expand production by 400K barrels per day per month until at least April.

The decision meant OPEC forewent the chance to boost oil production by an even greater margin, putting upward prices on the major oil benchmarks.

Rising oil prices were in turn supportive of oil-linked currencies such as the Canadian Dollar which has outperformed most of its peers over the course of the past month. 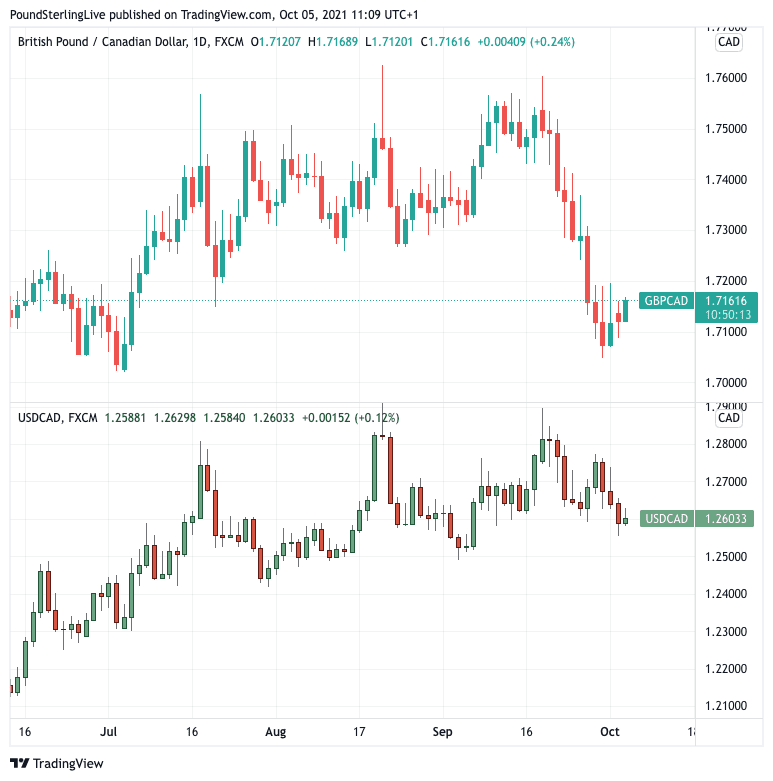 Western Canadian Select oil rose to highs at $65.37 as the more-limited-than-expected supply decision from OPEC underpinned robust demand for the Canadian benchmark.

Canada's merchandise trade balance for August actually increased, surprising economists who thought it would contract, an outcome attributed to a strong performance by the country's energy sector.

StatCan on Tuesday said Canada recorded a C$1.9BN surplus was well ahead of expectations for a print of C$0.4BN, driven by a 0.8% increase in exports and a 1.4% decline in imports. 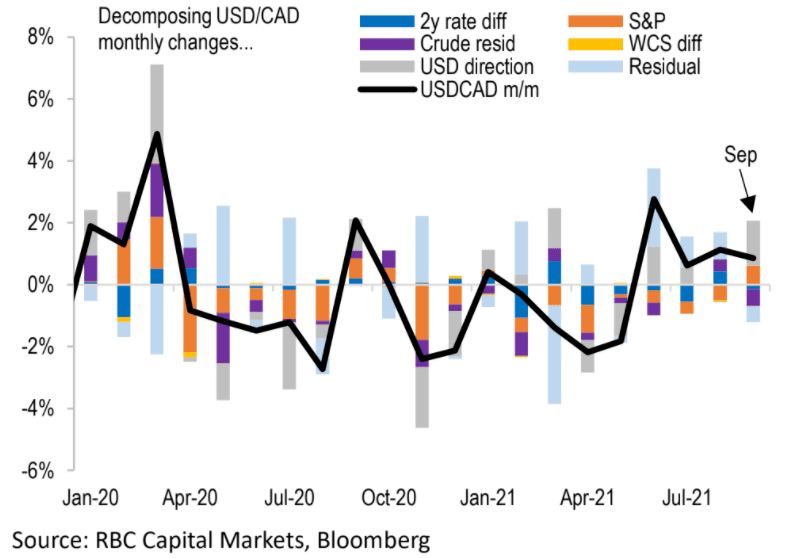 The Canadian Dollar is 2021's best performing major currencies having advanced against all its G10 rivals, with much of that outperformance occurring over the past four weeks, consistent with a spike in energy price concerns.

"$80+ Brent price might feel toppy, and the move up yesterday might look exaggerated. But prices are only seen uncomfortably high until the first cold spell arrives in the northern hemisphere creating additional demand and triggering a fresh bout of buying," says Tamas Varga, analyst at PVM Oil Associates.

"In the short-term there is still room on the upside, the current backdrop suggests," he adds.

With regards to the Canadian Dollar, Lignos says CAD-crosses are unsurprisingly amongst the most highly-correlated to crude residuals.

Her research finds the only CAD-cross inside the 'crude-neutral' window is CAD/NOK, understandable given Norway's status as an oil and gas producer.

"If we are entering a world where markets worry about higher energy prices and hints of stagflation (though we are a long way off from the 70s), it stands to reason that CAD would be a relative outperformer in G10," says Lignos.