The Pound-to-Canadian Dollar exchange rate risks becoming stuck in another range-bound rut, but at lower levels, as the Loonie outperforms and a cooling appetite for risk assets threatens to weigh on Sterling ahead of this week's Bank of Canada (BoC) decision and Brexit talks.

A strong showing from the Canadian Dollar made it the best performing major currency of last week while stock market turbulence and a softening Euro weighed on British exchange rates including GBP/CAD.

The Pound-to-Canadian Dollar rate has fallen back to 1.73 handle after trading above 1.75 as recently as last Wednesday.

Analyst commentaries suggest sideways trading is likely this week, although the risk is of more losses for Sterling due to ongoing Canadian resilience, a less certain outlook for European currencies and a still-ticking Brexit clock.

"We think that broader scope for CAD softness should remain somewhat limited," says Sean Osborne, chief FX strategist at Scotiabank. "The USD rebound can be partially attributed at least to signs that the European Central Bank is becoming concerned by the strength of the EUR (this may have implications for EURCAD in that it may restrain additional, significant gains in the cross absent some idiosyncratic issue with the CAD)."

Scotiabank looks for USD/CAD to climb to 1.3145 this week and a GBP/USD fall to around 1.3250, which implies a tepid recovery to just above 1.74 for the Pound-to-Canadian Dollar rate, although the bank has also warned there's a risk GBP/USD falls as far as 1.30.

That would pull GBP/CAD below the 1.71 handle.

"USD weakness should drag USDCAD lower and where CAD has lagged the index, there is potential for a CAD catch-up move. Our 1M outlook for USDCAD is flat at 1.31," says Greg Anderson, head of FX strategy at BMO Capital Markets, who looks for GBP/CAD to trade around 1.73 in September.

The upside risk to GBP/CAD comes from the Bank of Canada decision on Wednesday at 15:00 because a 'dovish' speech or unexpected policy action could wobble the Loonie, although ING says the BoC is unlikely to say much of note this time out and that USD/CAD could reach 1.30 this week.

This implies a falling GBP/CAD. (If you would like to secure today's rate for use in coming months, thereby protecting your budget, you can learn more here).

"With no material surprise coming or the BoC shifting its stance, the impact on CAD should be negligible next week," says Petr Krpata, chief EMEA strategist for currencies and bonds at ING. "Our base case for some stabilisation in equity markets, and short-lived and limited spill over into FX (as already seen today) suggests a neutral / modestly bullish view on CAD next week. USD/CAD to move closer to the 1.3000 horizontal support level."

MUFG notes the BoC has already provided more support to the Canadian economy than either the Federal Reserve or European Central Bank when the amount of government bonds it's bought are measured in GDP terms,  while Governor Tiff Macklem has previously described the economic recovery as “impressive.” MUFG is also looking for temporary outperformance by the Canadian Dollar that could also spell trouble for GBP/CAD this week.

"It may prove difficult for the BoC to communicate a more dovish message meaning CAD could respond positively initially. However, we believe the BoC’s stance will ultimately continue to leave CAD lagging other G10 currencies," says Lee Hardman, a currency analyst at MUFG. "For the Canadian dollar any rebound of the US dollar is unlikely to prompt strong CAD selling. Positive momentum of late reflects to clear potential for some catch-up relative to other G10 currencies." 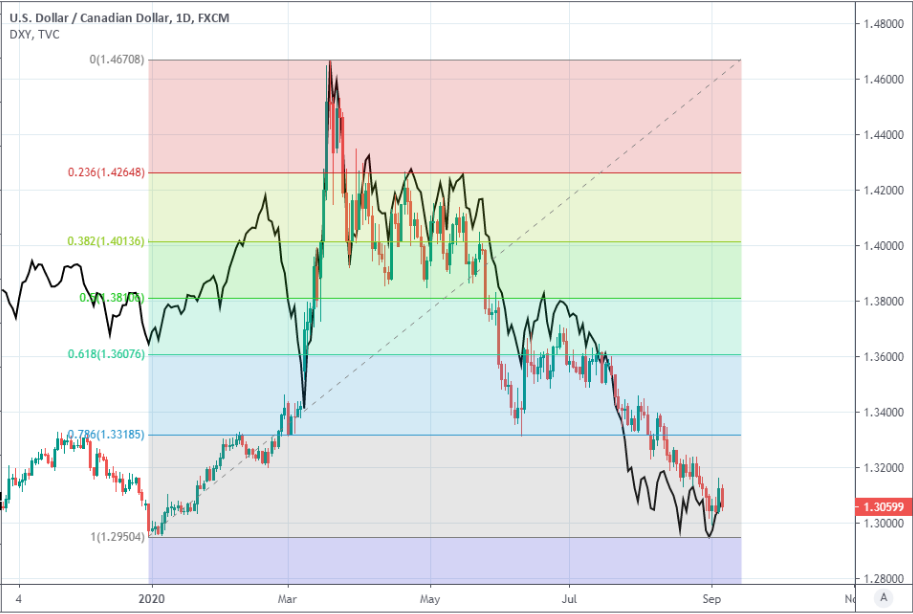 Even without outperformance by the Loonie the Pound-to-Canadian Dollar rate could still fall because weakness in Sterling can't be ruled out, especially if the next round of Brexit talks goes awry. Trade talks with the EU resume on Tuesday after UK negotiators doubled down behind red lines at the weekend.

"Entering into (or adding to) a GBP long position on the expectation of a UK/EU FTA is going to be an issue of very careful timing heading into the autumn; and it is looking increasingly likely that reaching a deal will require almost the entire autumn season," says Stephen Gallo, BMO's European head of FX strategy.

Sterling has taken little notice of the talks in recent months but this could change given that some form of 'no deal' Brexit is still possible and the two sides have only until mid-October to reach an agreement.

The Pound could also find itself in trouble if the Euro continues to fall as it did following last Wednesday's speech in which European Central Bank (ECB) chief economist Philip Lane told an audience that this year's rally will weigh on economic growth and inflation.

"Tightening monetary conditions amidst increasing disinflationary tendencies is hardly a comfortable position for the ECB. Hence while we remain constructive on the EUR we would prefer to buy post any ECB inspired dips," says Jeremy Stretch, head of FX strategy at CIBC Capital Markets.

Lane was widely interpreted as firing a shot across the market's bow after a near 12% rally in EUR/USD helped lift the trade-weighted Euro in a manner that endangers the Eurozone economic recovery and ECB policy outlook.

But the speech and any forthcoming policy gambits also have implications for Sterling because if ECB currency concerns lead EUR/USD to fall then GBP/USD would likely follow it, which could then weigh on GBP/CAD.

"The betas between EUR/USD and equities have ramped up (same with GBP/USD and equities). This is the result of a USD selloff and a decline in systematic volatility," Stretch says. 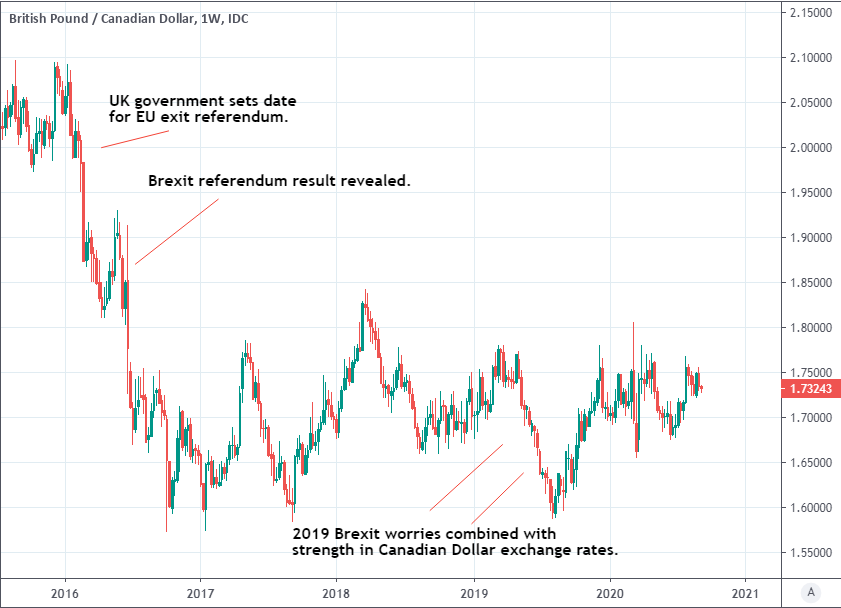