The Canadian Dollar outperformed Thursday following a key speech from Federal Reserve (Fed) Chairman Jerome Powell, sending GBP/CAD lower and placing it at risk of a downward capitulation from its recent narrow range.

Canada's Dollar rose against all major currencies other than the Australian Dollar while the Pound-to-Canadian Dollar rate fell more than a quarter of a percent back toward the 1.73 handle after reversing from the top of its 1.72-to-1.74 multi-week range earlier in the session.

Price action came on what became a very choppy Thursday by the time the Fed's Jerome Powell and Tiff Macklem, Governor at the Bank of Canada (BoC), had said their parts at a digital recreation of the Jackson Hole Symposium get-together and talking shop for the world's central bankers.

Powell confirmed the Fed will shift to a so-called average inflation targeting regime where it actively covets above-target price pressures in order to make nice for past periods where inflation has undershot the 2% target the central bank is obliged to deliver.

Investors were well prepared for Powell's shift although subsequent swings in asset prices and exchange rates were indicative of a market that's yet to make up its mind about what the change could or should mean for the outlook. 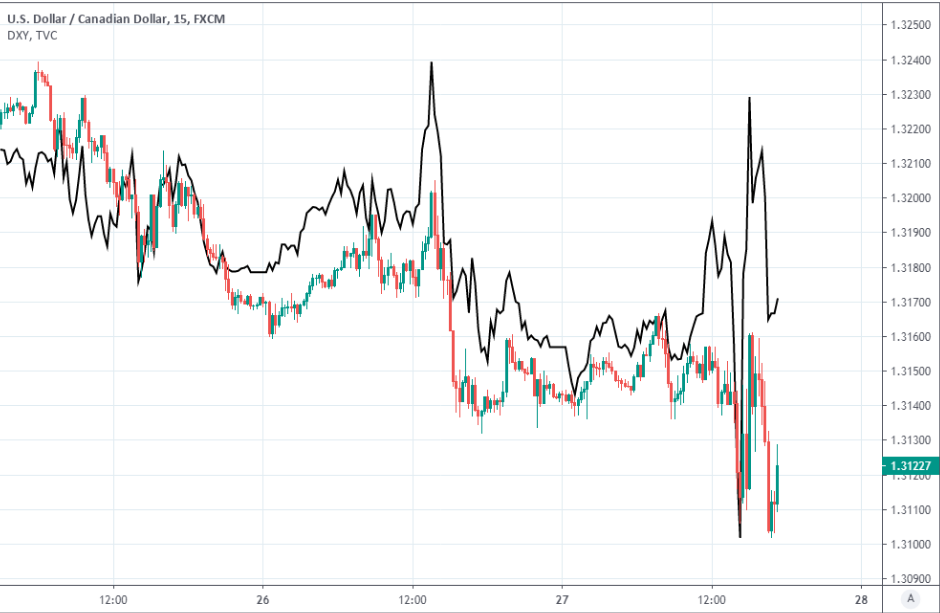 There was less ambiguity in the words of Tiff Macklem, who said "it is more essential than ever that household inflation expectations remain anchored on our target, so we can lower real interest rates."

Macklem's comments imply a perceived need for continued BoC support of the economy if the inflation target of 2% is to be met, which is more important than ever because if price pressures ebb and the consumer price index falls to zero or below, inflation-adjusted interest rates would rise.

Real terms interest rates would rise even with the cash rate steady at 0.25% if inflation falls below the level of the interest rate. The annual Canadian inflation rate was still close to zero in July and had been negative beforehand.

This and Macklem's words could mean BoC government bond buying continues in one form or another for some time to come, although none of that prevented the Loonie from rising on Thursday and some local analysts don't expect it to either, not in the short-term at least.

"The ingredients are there for the CAD to continue performing against the USD and on the crosses in the near-term," says Bipan Rai, North American head of FX strategy at CIBC Capital Markets. "The implication here is that the bottom end of our 1.30-1.35 will likely be tested in the near-term. Dips below cannot be ruled out either. The fundamental backdrop in Canada is still worrisome and the focus will eventually turn back there so USD/CAD buyers should be patient. " 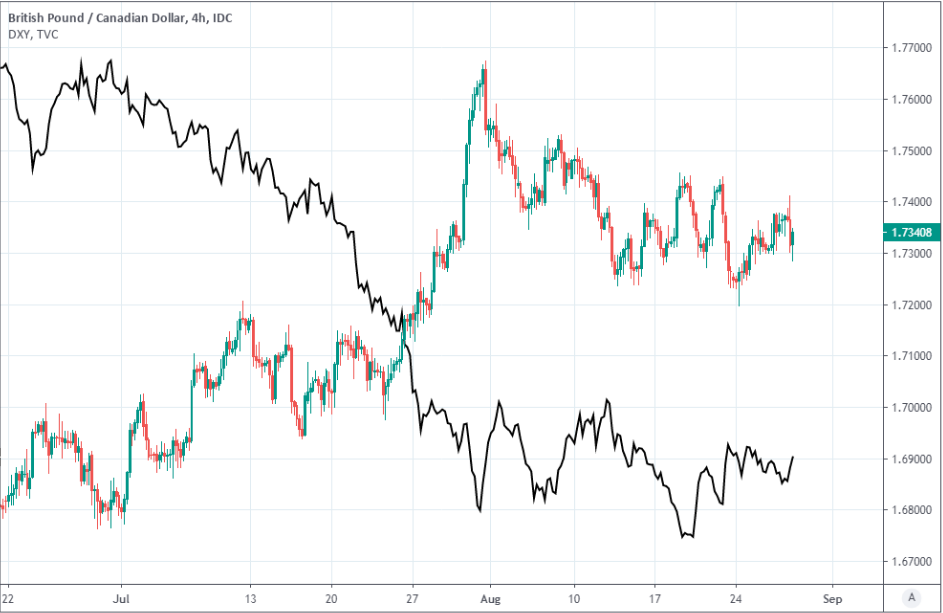 "If there is a trade we like – it’s owning USD/CAD vols that cover the US election date. On the crosses, we’re eyeing further downside in GBP/CAD, but we’ll wait for better levels first," Rai adds.

Rai and the CIBC team say the Loonie benefits from what are the highest bond yields among developed economies before suggesting these could rise further if increased government spending coincides with a BoC reduction to the amount of bonds it buying under its quantitative easing programme.

Increased bond supply and reduced market demand is recipe for lower bond prices and higher yields. The two move inversely to each other. The BoC said in July it would carry on buying C$5 billion per week "until the recovery is well underway," and that the cash rate would remain at 0.25% until "economic slack is absorbed so that the 2 percent inflation target is sustainably achieved."

CIBC also notes that oil prices are likely to outperform those of other commodities and sees this driving USD/CAD to the bottom of the 1.30-to-1.35 range that's characterised trading in the Loonie since early July. This performance, combined with price action elsewhere, is expected to drive the Canadian Dollar higher against other major currencies including Sterling. This means the Pound-to-Canadian Dollar rate might be likely to break out of its current narrow range to the downside rather than the upside.

"Despite disappointing data from the UK yesterday and a lack of progress in trade negotiations between Britain and the EU, the pound marched higher against most currency peers," says George Vessey, a currency strategist at Western Union Business Solutions. "If oil prices do rise, the CAD and NOK are expected to jump too. GBP/CAD has fallen over the past three weeks running but has bounced off the C$1.72 mark this week, though if CAD demand increases, this currency pair could make a run at the key C$1.70 support."

The Pound to Canadian Dollar exchange rate has lifted tepidly from close to three-year lows and has been aided by a supportive turn in UK government bond yields, although it could struggle to advance much beyond the 1.6150 level this week due to the ongoing resilience of the Loonie.