Pound Sterling was one of the worst performing major currencies last week after outperforming previously, although not by much because intraday moves were modest until Friday. Canada's Dollar was a relative outperformer with one of its largest gains reflected by the -0.45% fall in GBP/CAD.

This week there is a chance that GBP/USD is pulled higher and lower in line with the EUR/USD rate and its responses to whatever the market throws at the Turkish currency, given that EUR/TRY is arguably Turkey's most economically important bilateral rate but is one half determined by price action in EUR/USD.

USD/TRY, EUR/TRY and GBP/TRY tend to trade in tandem with each other but require movement in the likes of GBP/USD and EUR/USD that would have knock-on impacts for GBP/CAD, EUR/CAD et al.

Upward moves in the two European currencies could lift GBP/CAD  above 1.77 but anticipated declines could send it a similar distance in the opposite direction.

GBP/CAD could potentially fall as far as 1.7218 if USD/CAD experiences only a modest increase from 1.3377, as some say it might.

"The week ahead seems likely to be dominated by external events," says Shaun Osborne, chief FX strategist at Scotiabank.  "Our week-ahead model suggests modest update risks for the USD in the coming week to the low 1.34 area between potential range extremes of 1.3220/1.3595." 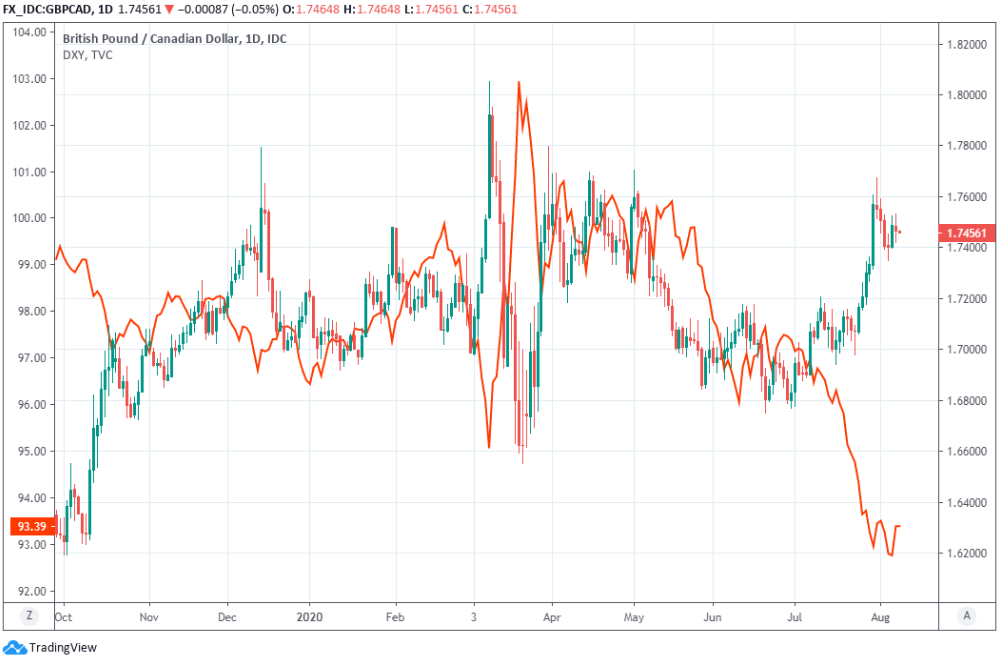 "Trend resistance off the March high (1.3427) may be at risk in the coming days. Shorter term trend strength oscillators have moderated or turned USD-bullish and the USD-bearish daily signal is weakening. A push through 1.3425/30 would pave the way for the USD to retest the 1.3500/30 area," Osborne says. "Note that we continue to forecast USDCAD ending this year at 1.32."

In addition to machinations of Turkish exchange rates, currencies will facilitate the market's response to executive orders from President Donald Trump, who extended emergency aid for American households this weekend though at reduced levels after lawmakers were unable to reach a bipartisan agreement.

"The loonie has had a fairly good week and may positive news on the data side may form a base for additional catch-up with its procyclical peers’ recent gains," says Francesco Pesole, a strategist at ING. "The loonie will be highly reliant on geopolitical developments driving risk sentiment. An agreement on the US fiscal stimulus package might also provide some positive spill-over on CAD."

It's not clear if greater clarity over the level of fiscal support offered to the U.S. economy will be enough to sustain a Dollar rebound but if they can't then rising U.S-China tensions and a looming decision about the fate of January's 'phase one deal' could provide broad support to the greenback. 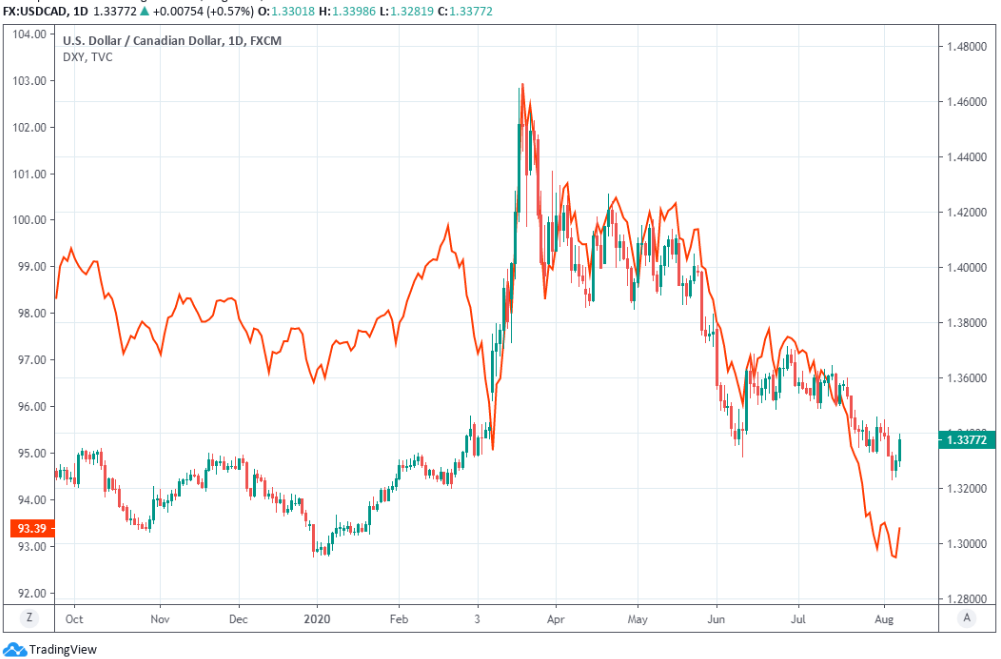 Meanwhile, USD/CAD might remain upward biased due in part to a fresh trade spat between Washington and Ottawa that helped overshadow a win for Canada's labour market on Friday. That saw U.S. aluminium tariffs return last week, prompting Canada to pledge a response.

"We expect a Q4 unemployment rate of 8.5% - which is well above the 5.6% registered at the end of 2019 – as some of the temporary job losses during the COVID shutdown become permanent. Additionally, rollbacks in the reopening phase or a second wave of infections would hurt the recovery narrative and weigh on CAD. With the markets priced so optimistically, the prospect of an uneven “recuperation phase” has us leaving the door open for some CAD weakness in H2 2020," says George Davis, chief technical strategist at RBC Capital Markets, which looks for a USD/CAD of 1.35 by September.

With global developments aside the Pound might take some limited direction from domestic economic figures this week when second quarter GDP data and unemployment numbers for June are out over the course of Tuesday and Wednesday. Sterling might be more sensitive to upside surprises than disappointments given the extent to which bearish sentiments toward the UK economy have already weighed on the British currency in recent months.

Job numbers are out Tuesday at 07:00 while GDP data is due out at 0:700 Wednesday. Investors may pay more attention to the GDP data given how the government furlough scheme has kept the official unemployment rate suppressed. Consensus looks for the latter to rise from 3.9% to 4.2% while favouring a -20.5% contraction that would put the UK at the bottom of the developed world league table in terms of economic performance. 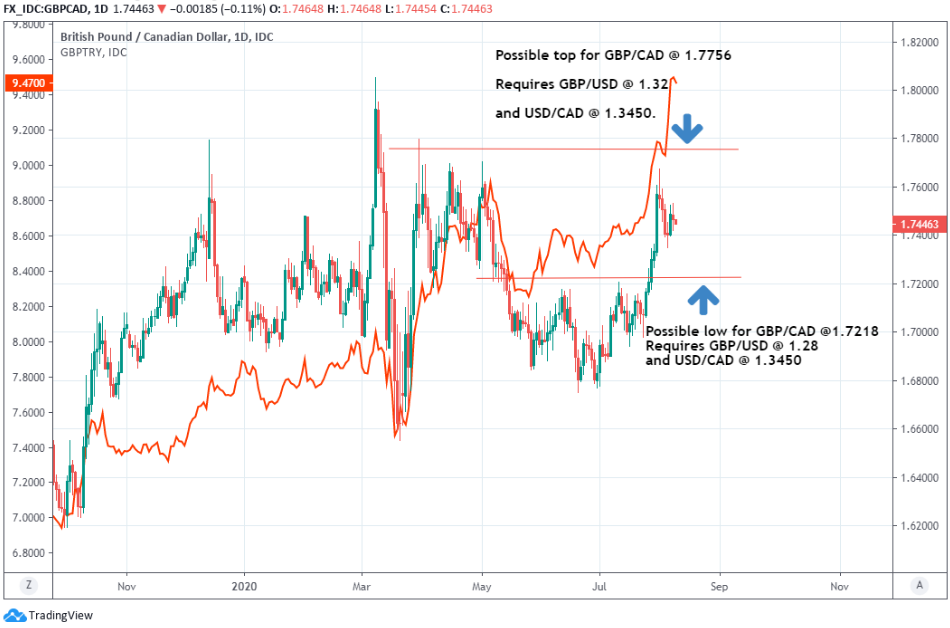