The Canadian Dollar underperformed Tuesday as the threat of another tariff dispute with the U.S. saw it cede ground to the greenback while enabling the Pound-to-Canadian Dollar rate to recover further from a three-month low.

Canada's Dollar was the only major currency to cede ground to the greenback Tuesday, with both falling in a trigger happy market for risk assets where investors bid stocks and commodities like oil higher throughout the session.

USD/CAD was up a fifth of a percent after a steady grind higher throughout the session and the Looonie was left as the worst performing major currency.

"We note that it also did not experience as sharp a decline as other G10 crosses in the latter part of last week. The cross has now traded in a sideways range for over a week and it may take a decent string of good news on the data/COVID-19 front for it to finally make a firm move below 1.35—it came just short of this point last night," says Shaun Osborne, chief FX strategist at Scotiabank. 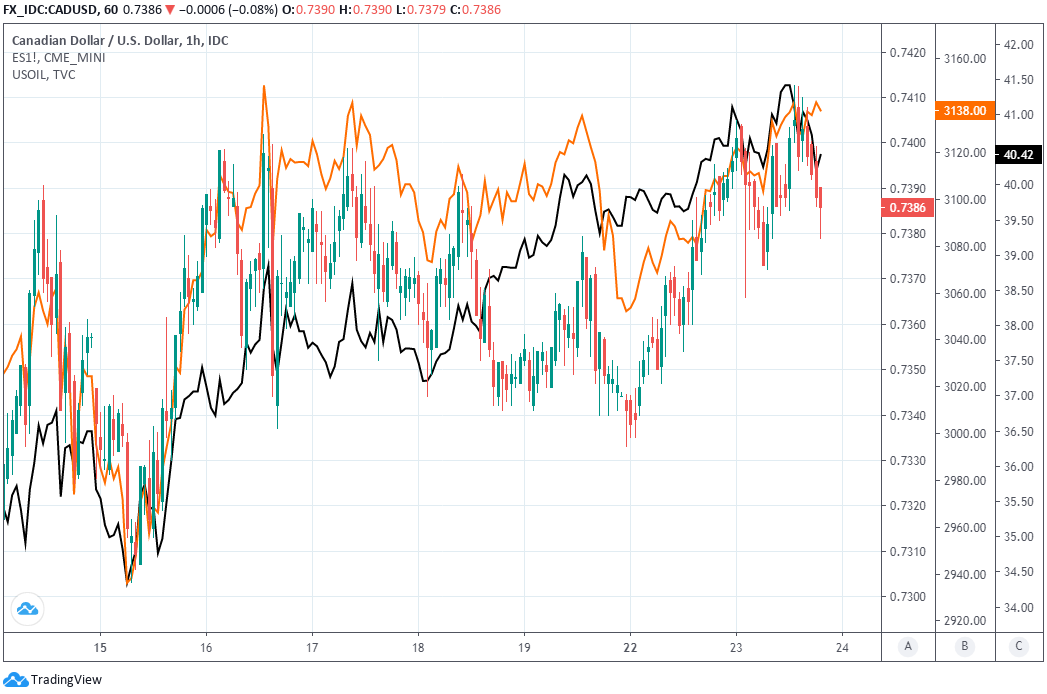 Underperformance came after Bloomberg reported that Canadian aluminium exports could be subjected to a 10% U.S. tariff from July 01, the same day the United States-Canada-Mexico trade agreement enters into force, due to Washington's concerns about what it says is a sudden increase in imports.

It follows an address from new Bank of Canada (BoC) Governor Tiff Macklem on Monday, who effectively ruled out a shift to negative interest rates but otherwise kept the door open for further policy action.

"After Trump’s comment, we expect to see realized volatility a lot lower than yesterday even as volatility swings are still larger than those pre-virus. USD/CAD continues to trade within the 1.3500-1.3690 range, which is where we see support/resistance. Watch for further headlines on US aluminum tariffs, which are scheduled to be announced by end of week," says Bipan Rai, North American head of FX strategy at CIBC Capital Markets.

Canadian exports of aluminium to the U.S. were worth less than 0.5% of GDP in 2019 so the implications for the economy would be negligible if the White House went ahead with tariffs, unless those levies marked the beginning of a larger trade clash with the U.S. like that seen over the North American Free Trade Agreement, now USMCA.

Reports of looming metal tariffs came as President Donald Trump and White House officials sought to disuade markets of the idea that the 'phase one deal' struck with China in January might be "over" already after trade adviser Peter Navarro indicated in a media interview that it had fallen apart.

"These words from Peter Navarro initially rocked global equity markets before they were walked back...Following the US's modest steps on Hong Kong, investors probably assume that the status quo will stick until November," says Greg Anderson, head of FX strategy at BMO Capital Markets. "Our rotating financial factor model for USDCAD has exited its short-USDCAD signal on today's close (spot reference 1.3522). This is the model's fourth winning short since it adopted a bias to sell rallies above fair value on April 22. The model's fair value ended the day at 1.3553." 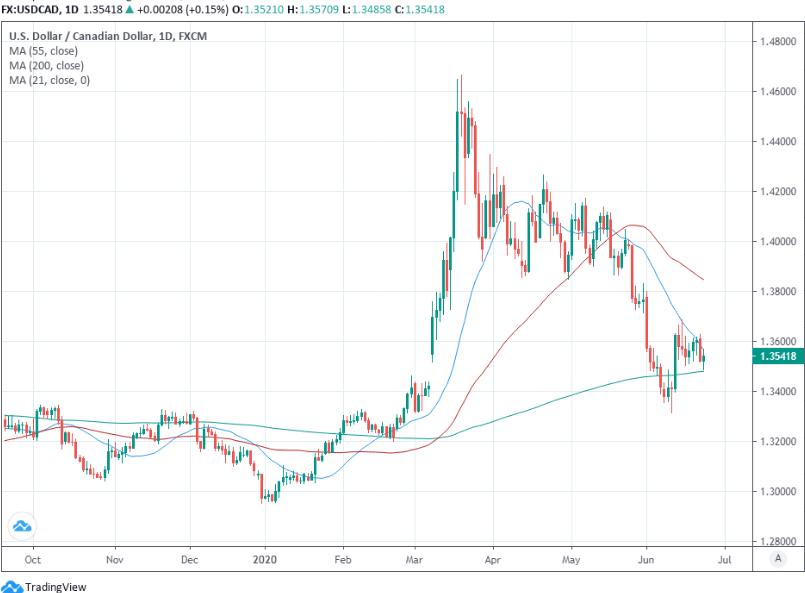 Analysts have been bracing for tensions between the U.S. and China since the coronavirus closed down the global economy, in part because few ever saw January's agreement as more than a stop-gap for the 2020 election.

USD/CAD gains bolstered the increase seen in the Pound-to-Canadian Dollar rate which was already on its front foot Tuesday owing to an increase in GBP/USD. Sterling has retraced nearly half of last week's loss but the outlook is hinged on the relative performance of USD/CAD and GBP/USD so will be senstive to whether USD/CAD reverses Tuesday's upward course and if GBP/USD remains on its front foot.

A USD/CAD reversal back to 1.34, as some analysts say it could, would be enough to drag Pound-to-Canadian Dollar rate below 1.68 without meaningful additional gains for GBP/USD. 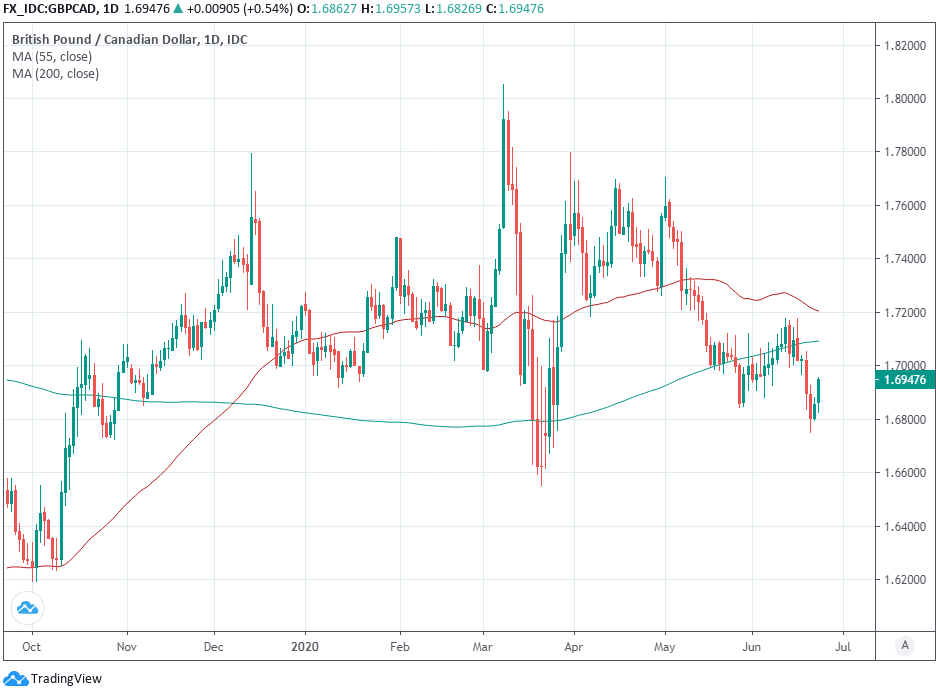 Above: Pound-to-Canadian Dollar rate shown at daily intervals with 55 and 200-day moving averages.