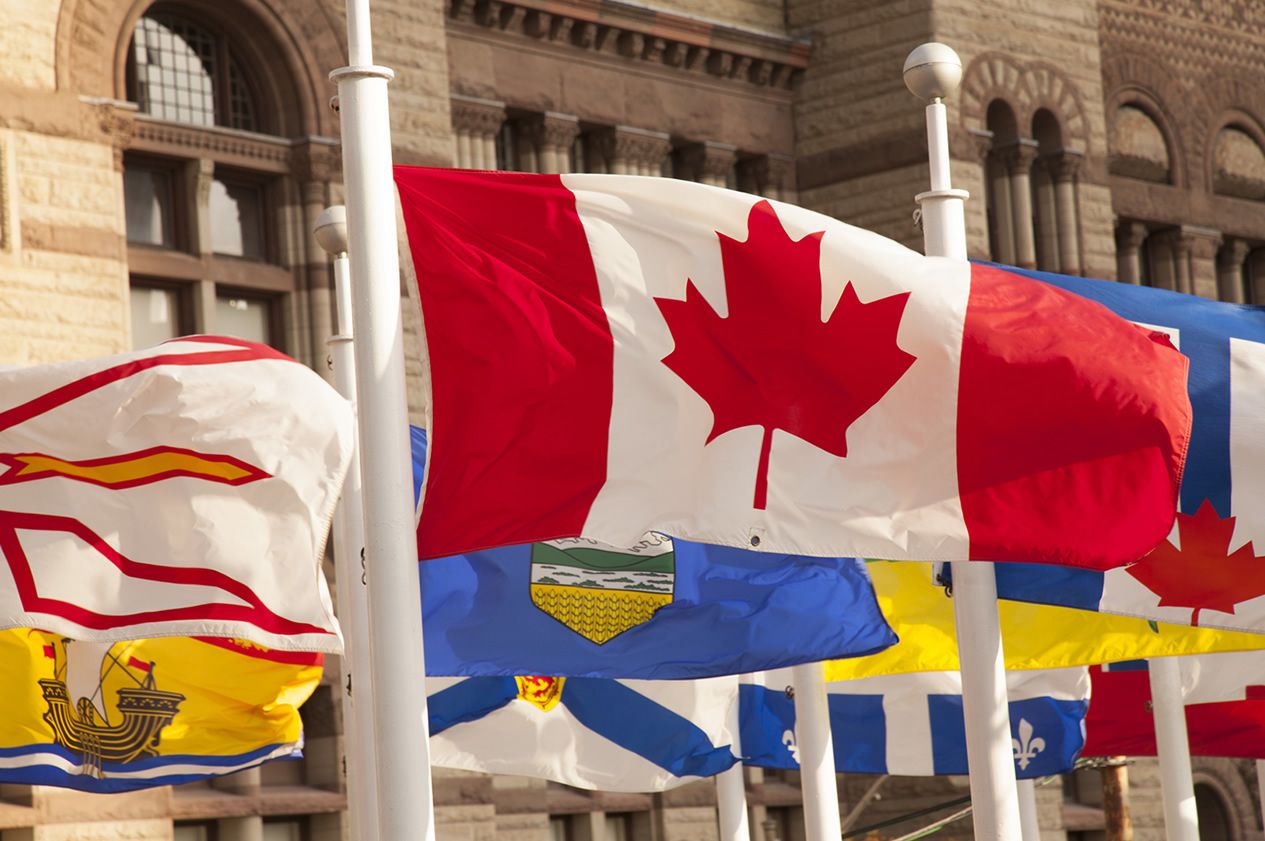 The Pound-to-Canadian Dollar exchange rate is trading in the 1.71s after undergoing a huge 1.8% decline last week due to cross-party Brexit talks falling apart and increasing pressure on Theresa May to resign while the Canadian Dollar's solid 2019 extended.

From a technical perspective, the current trend for GBP/CAD is down and given the adage ‘the trend is your friend’ is expected to continue.

However, a hard floor of support lies at the current lows which could temporarily impede further downside and may lead to a flatter market in the very short-term, over the next one to two weeks.

Eventually, however, we expect the downtrend to extend, given the current bearish signs. 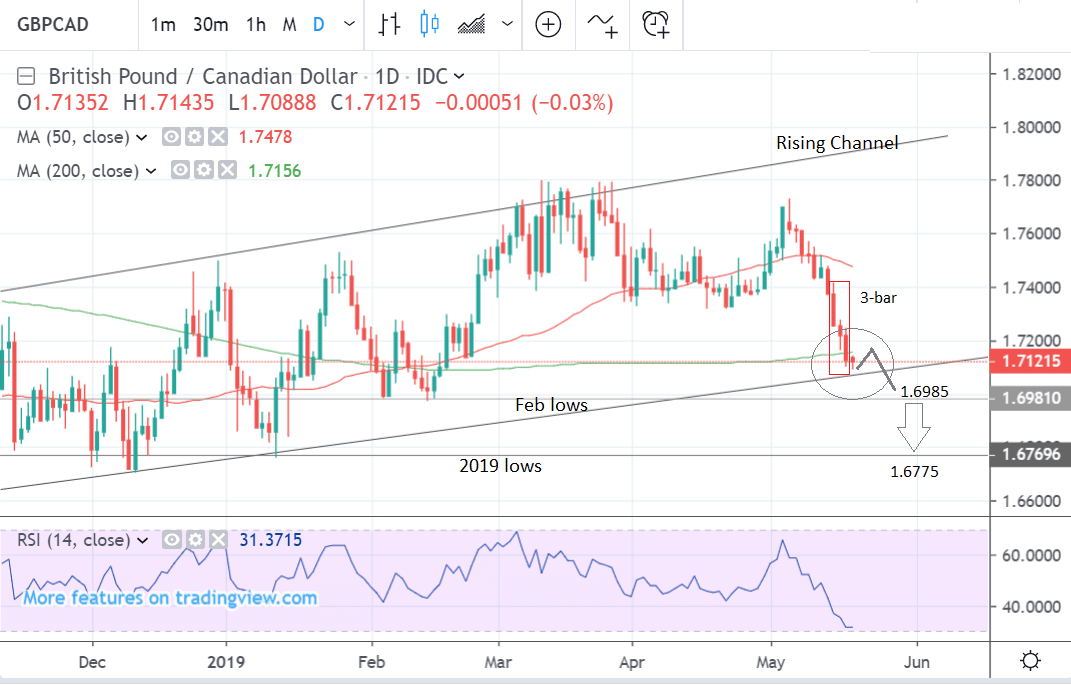 The pair is at the base of a rising channel but it is likely to break out to the downside. The next key target on the way down is the 1.6985 February lows. If these are surpassed the exchange rate will probably continue down to the next target at the 2019 lows at 1.6770.

The pair has formed a rare bearish 3-bar continuation pattern (outlined in a red box), which is a high probability signal the current downtrend will extend by between 150-250 pips to a target between roughly 1.6987- 1.6887.

It is probable that the decline will be delayed, however, due to the base of the multi-month rising channel and the 200-day MA at 1.7156. These together, are likely to present obstacles to bears, however, if the exchange rate can break below the February lows that will probably confirm clearance of this support strata and continuation south.

A break above the 1.73 April lows would signal a probable change in trend, suggesting bulls could be back in control. 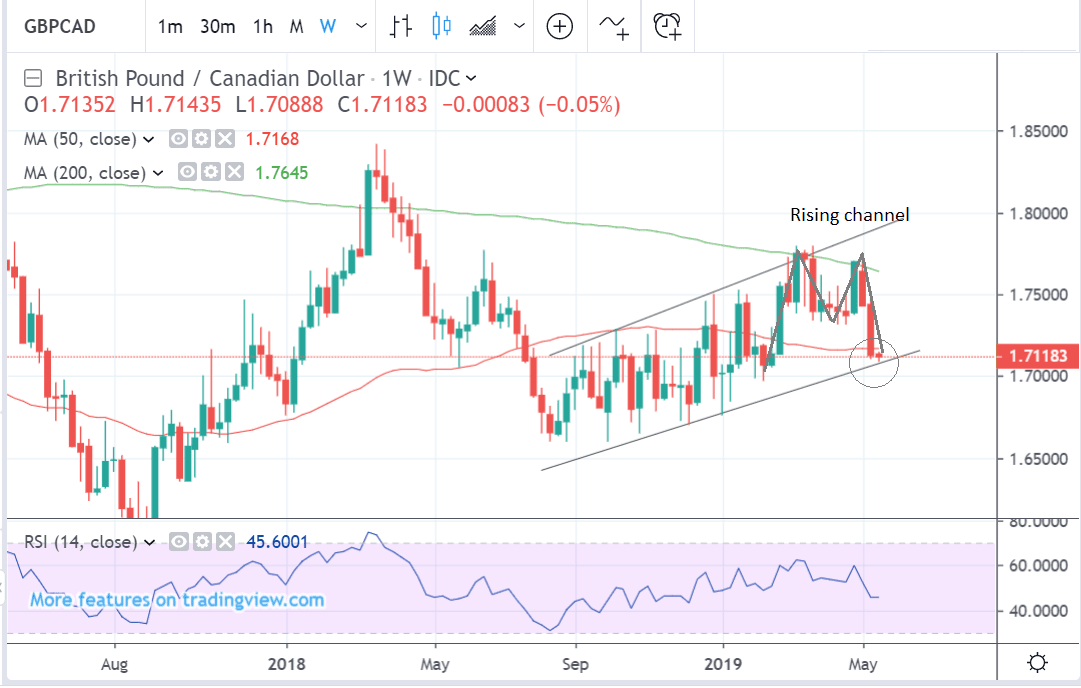 The weekly chart highlights support (circled) underpinning the current lows from the channel and the 50-week moving average (MA) both in the current 1.71s, but also highlights the possible double top, ‘M’ shaped, bearish, topping pattern.

The main release for the Canadian Dollar is March retail sales which is forecast to rise by a faster 1.0% from 0.8% in the previous month and a 0.8% rise for core retail sales when it is released at 13.30 on Wednesday, May 22.

“Core retail sales rose by 0.4% in February for their first increase since September and we expect this performance to continue into March on the heels of a sharp increase in consumer goods imports and strong labour market data,” say TD Securities in a note to clients.

At the moment levels of household debt are high and this is a major concern for the Bank of Canada (BOC). This suggests they will not be in a hurry to move interest rates either higher or lower as that could increase either repayments or aggregate debt. However, this vulnerability is moderating.

“The Bank’s number one vulnerability is the intrinsically related one of elevated household debt. This risk too is seen as moderating, reflecting a slowdown in household credit growth and reduction in the share of new mortgage debt going to highly-indebted households. Still, given its potential to exacerbate an economic downturn, this is one the Bank of Canada will watch closely,” say TD Securities.

Although there has been talk of the BOC increasing interest rates, which would be positive for CAD because it would attract greater inflows of foreign capital, inflation remains a little too subdued, probably, to expect a hike just yet.

“Inflation ticked up to 2.0% in April as energy prices advanced. Core inflation measures, on the other hand, ticked down, and on average are running just below the Bank of Canada’s target,” says TD Securities.

The Canadian Dollar is not as exposed to risk appetite as other currencies such as the Aussie Dollar, but it is still affected, so signs of increasing trade tensions have the potential to weigh on the unit.

Trade negotiations are unlikely to reach a conclusion soon, according to analysts at ING, who say the next major event for trade will be the G20 summit on June 28-29, at which both president’s Trump and Xi will be present.

There is a risk that before then the relationship could worsen as the U.S. is already investigating the possibility of imposing tariffs on an even wider number of Chinese imports.