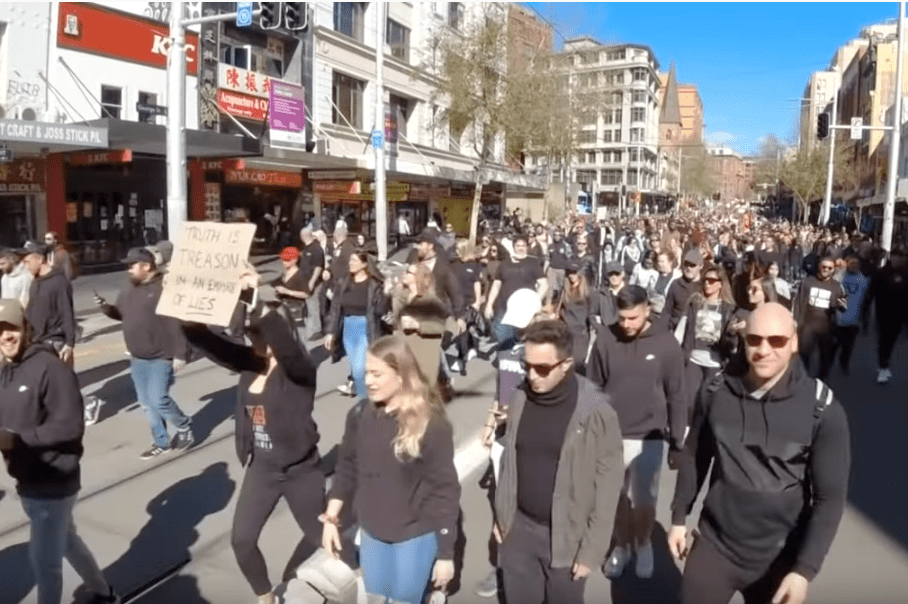 The British Pound has reached a new 14-month high against the Australian Dollar and there is potential for further gains amidst concerns the Australian economy will suffer a contraction in the third quarter owing to ongoing lockdowns.

The Pound was looking relatively steady against most majors on July 26 which suggests that much of the move lies with Australian Dollar weakness.

Australia over the weekend saw notable anti-lockdown rallies which have stoked fears amongst authorities that the case rates in Victoria and New South Wales will inevitably rise over coming days.

Similar protests have not been linked with massive spikes in cases in the UK and European Union, but the numbers required to prompt a severe response by Australian authorities are substantially lower than in Europe.

Australian states tend to enforce severe lockdowns in response to just a handful of cases, therefore even a double-digit rise in cases following weekend unrest - which is now expected - could prolong lockdowns in the country. 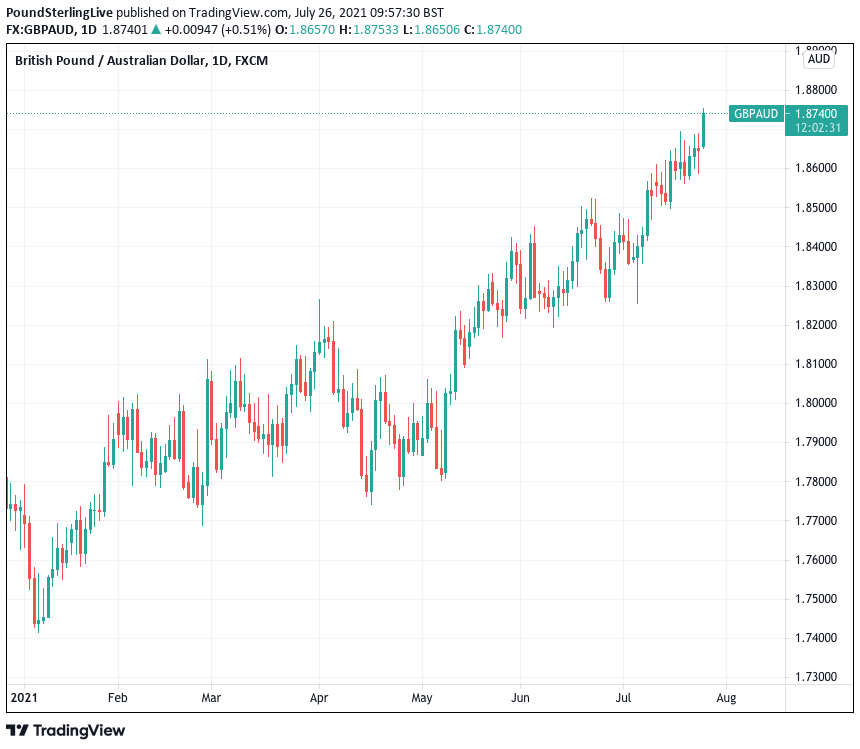 Some 13 million Australians are in lockdown while fewer than 14% of the population have been fully vaccinated.

The economy is being tipped by economists to suffer a slowdown as a result of the current lockdowns, with investment bank MUFG saying they expect the economy to contract in the third quarter.

This makes for a sharp contrast with the UK where the economy is expected to record a substantial pace of expansion.

Such divergence is on balance supportive of GBP/AUD exchange rates.

"The underperformance of the AUD relative to other high beta currencies highlights that weakness is not just driven by global concerns. Domestic fundamentals have also weakened recently in response to renewed COVID restrictions in Australia," says Derek Halpenny, Head of Research, Global Markets EMEA and International Securities at MUFG.

MUFG see any Australian Dollar weakness as being a relatively temporary phenomenon however, noting the country enters the lockdowns on solid foundations.

They note Australia's real GDP had already surpassed the pre-pandemic peak in the first quarter while the unemployment rate has fallen to its lowest level (4.9%) since the end of 2010.

But the temporary economic slowdown has nevertheless encouraged expectations that the Reserve Bank of Australia (RBA) will announce a dovish policy shift at their next meeting on 3rd August.

"The RBA is expected to shelve plans from their last meeting (6th July) to begin slowing the pace of QE purchases from September to AUD5 billion/ week to AUD4 billion," says Halpenny.

"There is even a building risk that the RBA now feels the need to provide more policy support and temporarily steps up the pace of weekly QE purchases," he adds.

Any such dovish policy shift would widen the near-term policy divergence between the RBA and the Bank of England, which could raise interest rates in the first half of 2022 given the UK's elimination of lockdown restrictions and improved economic outlook.

The policy divergence is on balance seen as being supportive of higher GBP/AUD levels.

Over coming days the market will be eyeing the steps taken by various Australian states on whether or not to extend lockdowns.

An easing of restrictions in Victoria could be announced tomorrow given most new infections are amongst people already quarantining.

But New South Wales recorded 145 new cases on Sunday, suggesting lockdowns are likely to be extended.

Again, numbers over the coming week will be interesting given the weekend protests.