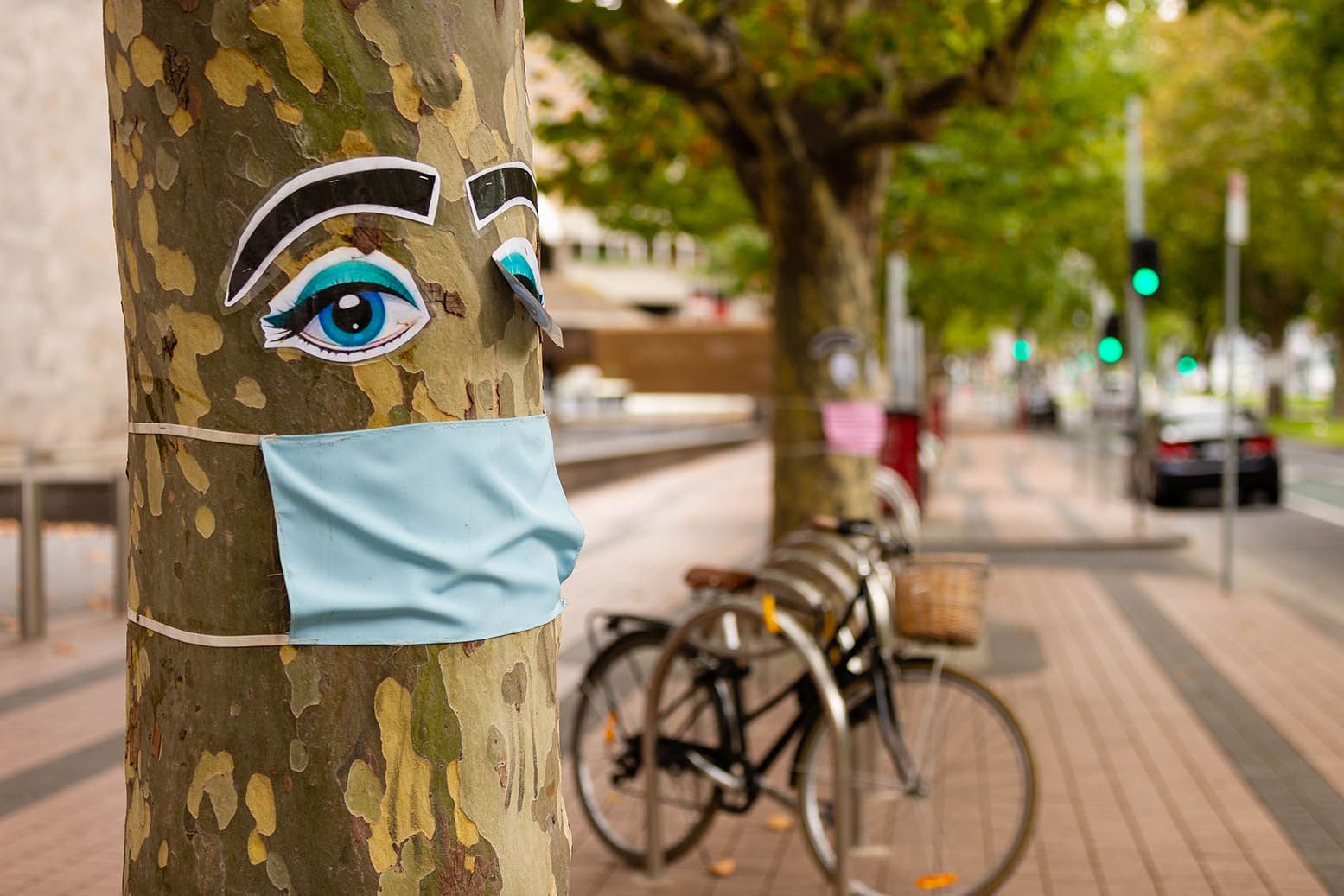 Above: A Melbourne street during lockdown. Image © Adobe Images

The Australian Dollar is the best performing major currency of the day amidst reports the state of Victoria was on track to relax an extended hard lockdown as covid-19 cases fell below a key threshold.

The Aussie Dollar received a boost against the U.S. Dollar, Euro, Pound and other majors after Victoria State Premier Daniel Andrews told the press that construction sites, manufacturing plants, warehouses and childcare facilities can reopen if the 14-day rolling average is under 50 cases as of September 28.

Victoria accounts for around 25% of Australia's economic output, meaning the hard lockdown imposed on the state had lowered the country's growth prospects and severely dented the recovery from the March lockdowns. "The extended lockdown in Victoria has severely hit Q3 growth," says Felicity Emmett, Senior Economist at ANZ Bank.

Expectations for an opening of the state saw the Australian Dollar advance on the majority of its peers, even as the global equity market and commodity price backdrop was less than supportive than has been the case over recent days, with many Asian stock markets trading lower and iron ore prices slipping back further from recent highs.

The outperformance therefore hints at domestic drivers and solidifies the Australian Dollar as the second best performing major currency of the past month, only being surpassed by its antipodean brethren the New Zealand Dollar.

Above: AUD outperforming peers on Sept. 16

Victoria authorities reported midweek that average cases over the last two weeks in Melbourne fell below 50, which had been set as the level cases must consistently fall beneath for lockdown measures to be eased.

Economists at ANZ have today confirmed they are lowering their 2020 forecasts owing to the covid-19 lockdowns, but have raised their 2021 projections in anticipation of a more robust recovery in subsequent months.

However, ANZ's forecasts assume further announcements of large scale fiscal stimulus from the federal government in its upcoming budget and also from state governments.

We reported yesterday that a key risk to the Australian economy and its currency for the remainder of 2020 and 2021 was that fiscal support was withdrawn too quickly, resulting in lower growth rates.

"AUD’s outperformance throughout the Covid crisis has at least to some extent been a product of the Morrison government’s willingness to stimulate growth, and of the ability to do so granted by Australia’s low debt levels," says Alvise Marino, an analyst at Credit Suisse. "The risk of a less generous fiscal stance emerging from the 6 October budget is notable."

ANZ expect new stimulus measures to be aimed at supporting incomes in the short-term and driving jobs growth in the medium term.

"There is little doubt that fiscal policy will play a much larger role in supporting growth over the next few years, and the biggest mistake would be a premature withdrawal of stimulus. We think the fiscal measures will be large enough to push the RBA to the sidelines for some time, and at this stage we don’t expect it to seriously consider further moves until May 2021," says Felicity Emmett, Senior Economist at ANZ Bank. 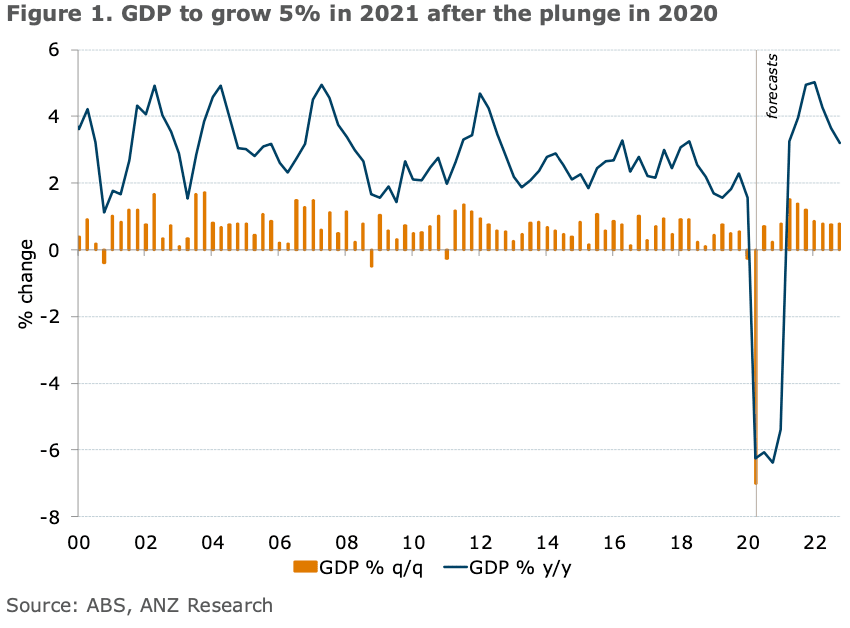 "Massive fiscal stimulus has so far sheltered Australia from the worst of the economic impacts of the pandemic-associated shutdowns," says Emmett. "While GDP fell a record 7% in the June quarter, the result would have been far worse without fiscal support amounting to close to 15% of GDP in the quarter."

ANZ says government spending will be the major driver of growth in 2021 with 'shovel-ready' infrastructure likely to start as quickly as possible, as well as other 'nation-building' projects, "public investment is likely to rise quite strongly".

"Along with a solid increase in public consumption, we expect that public demand will rise above 30% of GDP for the first time since the mid-1980s," says Emmett.

However, the outlook for employment is challenging with ANZ saying the labour market is expected to deteriorate over the remainder of 2020.

ANZ now see the unemployment rate rising to 9% in Q4 before peaking a little higher in Q1 next year.

"As is always the case, unemployment comes down much more slowly than it goes up and we still see the unemployment rate above 7% by the end of 2022. We don’t expect a return to pre- pandemic levels for the labour market until 2023," says Emmett.