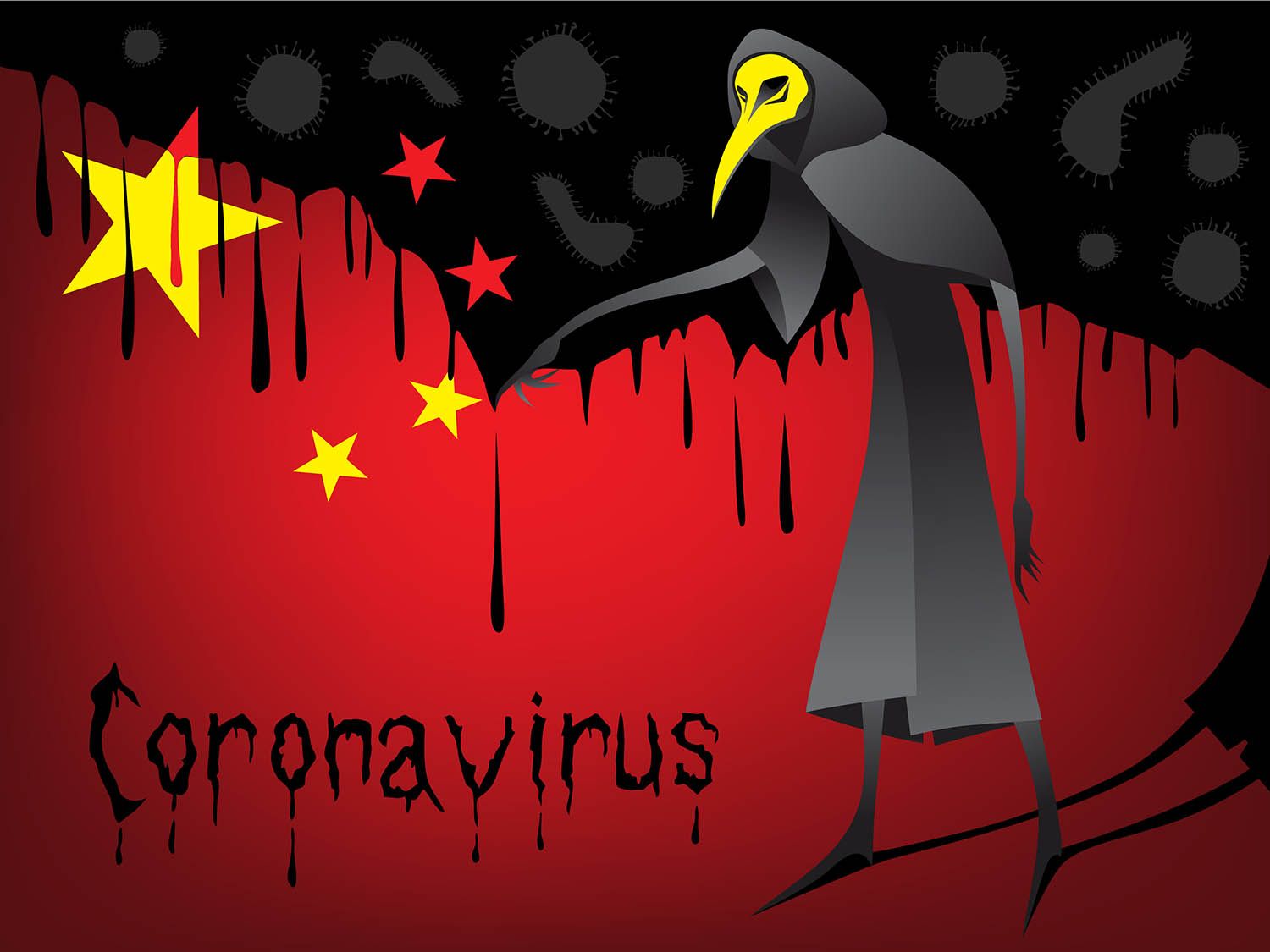 The Pound-to-Australian Dollar exchange rate is trading higher on Monday after the Australian Dollar fell in sympathy with a decline in the Chinese Yuan, which is sharply lower in light of developments surrounding the Coronavirus.

The Australian Dollar is often treated as a proxy to the Chinese Yuan, as it is a large, liquid and freely traded currency that has notable exposure to China owning to the strong trade links between China and Australia.

Australian Dollar weakness comes as the Yuan traded to a new three-week low amidst growing alarm at the spread of the Coronavirus with weekend reports suggesting the disease is rapidly spreading. China reported 2,051 cases in 30 provinces on Sunday, which is a 50% increase on the day before while the death toll currently stands at 81.

Asian markets are under pressure: while China, South Korea, Singapore and Hong Kong are closed, Japan's Nikkei sold off 2.00%, Thailand's Thai Set 50 was down over 3.00% while Indonesia's benchmark slid 1.50%. Markets in New Delhi and Mumbai eased 0.47% and 0.48%.

WTI oil prices fell to $52 a barrel and Brent crude went below $59 a barrel.

If we look at the below chart, we can compare trends in the U.S. Dollar vs. the Australian Dollar (the bar chart) and the U.S. Dollar vs. the Chinese Yuan (the orange line). According to the chart there is a close correlation between the Yuan and Australian Dollar, which reinforces the idea that the AUD is currently trading as a proxy for the CNY. 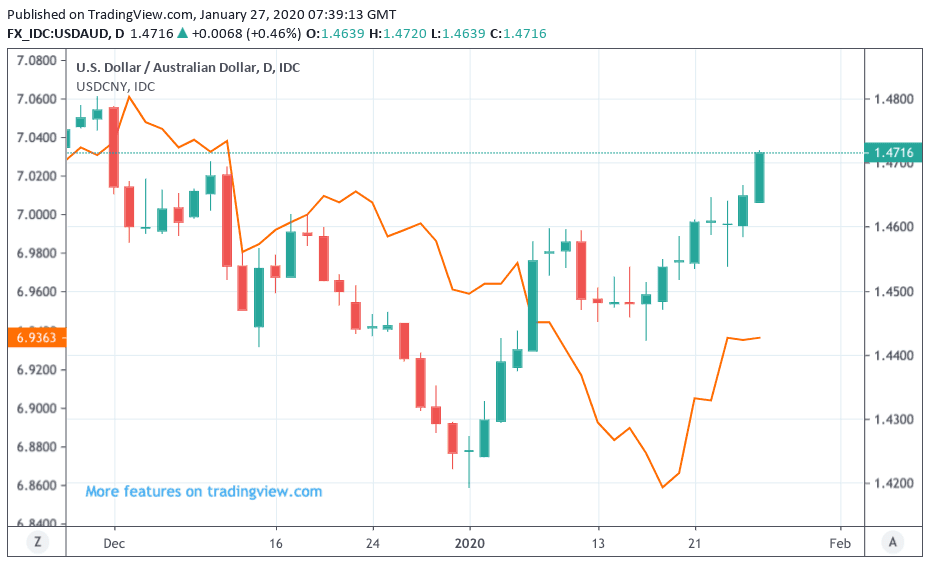 The correlation does appear to have broken down towards the start of 2020, as the Australian bushfires captured market attention and gave AUD some independent weakness. That correlation does however appear to have reasserted itself over recent days and therefore the CNY could well be expected to dictate AUD direction over the course of the coming week.

What happens in China with regards to the Coronavirus is therefore key.

"Whether and to what extent the coronavirus may possibly cause a humanitarian crisis remains to be seen, but adverse effects on China's domestic economy are likely to be unavoidable. Due to the incalculable circumstances, investors are significantly reducing their risk appetite. The market appears to have little confidence in the measures already taken by the Chinese government. As a result, demand for safe-haven currencies should remain consistently strong for the time being. This virus can be expected to accompany the markets for some time to come," says Marc-André Fongern, Head of FX Research at MAF Global Forex.

Neil Ferguson of Imperial College has estimated that as many as 100 000 people might already be carrying the virus. A study by British scientists suggests that on average every patient infected is passing it on to two or three others.

For now the spread of the virus appears to be a Chinese issue, with international records still contained to a handful of cases.

The economic impact of the virus will initially be felt in travel-related and retail industries, as we note here. The Chinese government has already banned all group tours from travelling outside the country, beginning Monday. Tens of millions of Chinese travel abroad during the lunar new year holiday, which began this weekend, and bans such as this will likely knock economic activity.

"If nothing, the cancellation of CNY celebrations and restricted traffic between major axes in China will have a non-neglectable impact on activity and no one knows how bad things could get moving forward," says Ipek Ozkardeskaya, an analyst at Swissquote Bank.

The Australian Dollar remains under pressure as it is back to tracking global sentiment, this perhaps explains why last weeks employment data has failed to have a lasting upside impact on the currency.

Australia reported a rise in employment in December which was unexpectedly higher than many had been expecting, and the unemployment rate recorded a surprise fall.

"In the end that only supported the Aussie briefly. As a result of heightened risk aversion on the markets as well as continued dampened business sentiment as illustrated by the declining PMI the currency had to retrace its gains," says Thu Lan Nguyen, EM Strategist with Commerzbank.

Commerzbank stick to their view that the Reserve Bank of Australia will cut interest rates again in the near future in view of the downside risks for the growth outlook, in particular as a result of the continued bush fires.

"As a result, we expect Aussie to weaken a little further short term," says Nguyen.