South Africa's Rand was lower against all of its ten largest developed and emerging market currencies as global stock markets softened in the wake of a Monday rally inspired by Moderna's announcement that its coronavirus vaccine candidate proved highly effective in clinical trials.

Tuesday's price action echoed that seen in the prior week after a similar announcement from Pfizer lifted risk assets sharply only for them to correct lower and then consolidate over the balance of the week, although sentiment wasn't helped this Tuesday when U.S. October retail sales came in below market expectations.

The Rand had been an outperformer in prior session as the vaccine-related boost to the global economic outlook lifted commodity prices, and so was an obvious candidate for underperformance on Tuesday although the outlook for it through the rest of the week is less certain.

"The rand is close to its strongest levels since the Covid-19 crisis began on the recent quickening in vaccine developments, despite Moody’s and S&P likely delivering their country reviews on Friday," says Annabel Bishop, chief economist at Investec. "Both Moody’s and Fitch already have SA on negative outlooks, which implies the next move in each of the respective agencies credit ratings on SA’s long-term sovereign debt will be a downgrade." 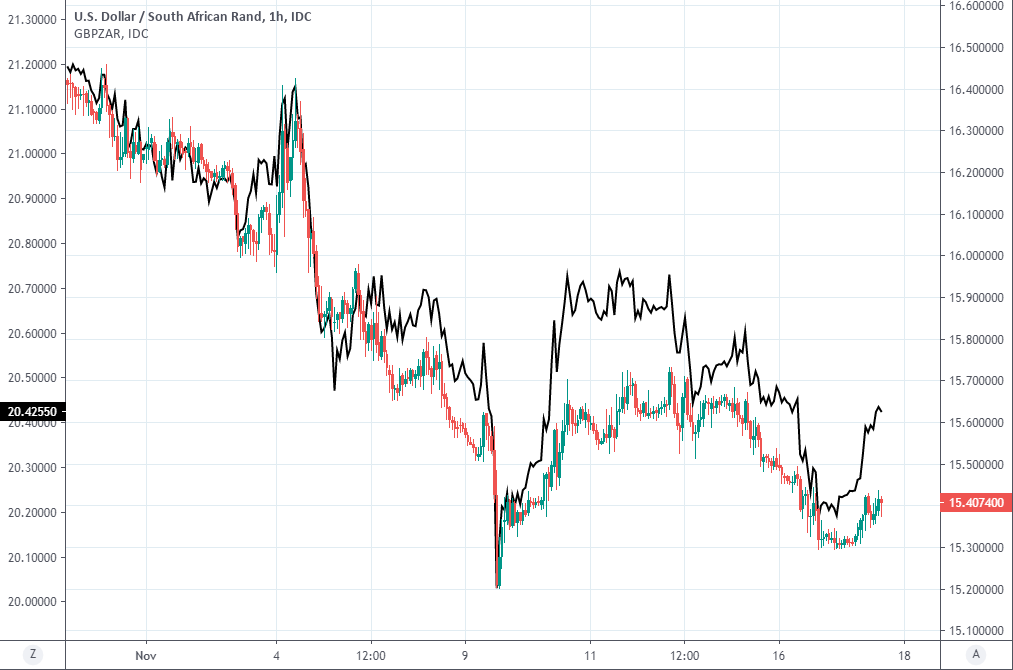 Moody's, Fitch and S&P are all expected to announce the results of their latest credit rating reviews on Friday but with the pandemic threatening to lift the national debt-to-GDP ratio from 63.3% in 2018/19 to 95.3% in 2023/24 there is a danger that downgrades could be announced this week.

Moody's and Fitch already have a negative outlook attached to ratings that are already below 'investment grade' and Friday is the first scheduled opportunity for them to respond to the costs of pandemic.

But with Moody's already having already cut its rating to 'junk' in March, the implications for the Rand are less clear cut this time out.

"Substantially greater quantities of debt reduce the ability to both repay debt and make interest payments if there is no sufficient rise in revenues. Should S&P downgrade SA as well on Friday the rand will likely see marked weakness," Bishop says.

Credit rating changes can impact on investor appetite for a country's assets, especially its government bonds, but South Africa has been a 'junk' borrower at all of the major agencies since Moody's cut its rating to Ba1 from Baa3 and maintained a negative outlook in March.

That saw the country excluded from the FTSE World Government Bond Index in April, which forced some investors into selling their government bonds while preventing others from buying them. Fitch has since reduced the oulook for its BB rating, although S&P left its neutral outlook unchanged.

"We have revised our forecast for the rand, which we see trading around a midpoint of 16.00 to the US dollar over the next quarter, rallying towards 15.00 on positive global surprises," says Kim Silberman, a fixed income and currency analyst at Rand Merchant Bank. 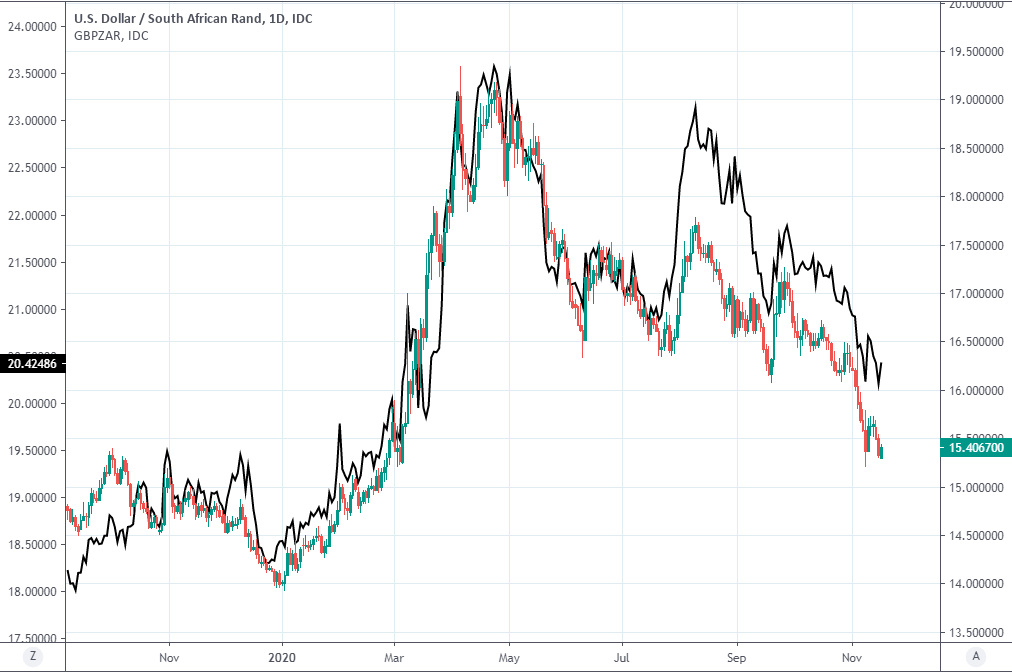 With credit rating concerns aside, the global environment is widely tipped to dominate as a driver of the Rand, which has been swept higher in recent months as a collapse of the U.S. Dollar and beginning of a global economic recovery lifted commodity prices as well as positively correlated currencies.

Dollar declines are positive for commodity prices and so too are expectations of a global economic recovery, which both benefit the Rand given that South Africa is a commodity exporter. Commodity price gainst are responsible for almost all of the improvement in the Rand's fundamental value in recent months.

RMB forecasts USD/ZAR will trade between 15.0 and 17.1 during the final quarter, aided by an improved valuation during periods of robust risk appetite among investors while being weighed down by domestic factors like concerns about the national finances and credit ratings in bouts of risk aversion.

Recent declines in fair value mean the South African Rand is still fundamentally undervalued despite having risen nearly 7% against the Dollar in the last month, which had reduced 2020's USD/ZAR increase to just 10.5% on Tuesday.

"Several factors have conspired to provide support for the rand, primarily the US election outcome, followed by news of Moderna’s covid-19 vaccine breakthrough. Rising commodity prices, dollar inflows into South Africa related to IFI funding and the Prosus share buyback, as well as December seasonality, add to the mix," Silberman says.