South Africa's Rand was down against all major developed and emerging market rivals Friday and had gained over only the Russian Rouble for the week following its most notable underperformance since April, which came amid a fire sale of the U.S. Dollar that was petering out ahead of the weekend.

The Dollar rebounded late Friday but was sold heavily through the week even as stock markets faltered amid a cacophony of headwinds and risks to the outlook for the U.S., European and global economies.

"CAD and USD are the losers, as EUR/USD has made a big stride forwards. The market is short dollars, which is unusual enough and for all that consensus views about future growth prospects have moved against the dollar, the Q2 GDP data were better in the US than Europe," says Kit Juckes, chief FX strategist at Societe Generale. "The European recovery Fund has been a major help for developed economy European currencies as group, with only the Swiss franc under-performing the euro in July. At the other extreme, ZAR, TRY and RUB have all suffered this week, with no particular home-grown catalyst but an undertone of risk aversion into month's end." 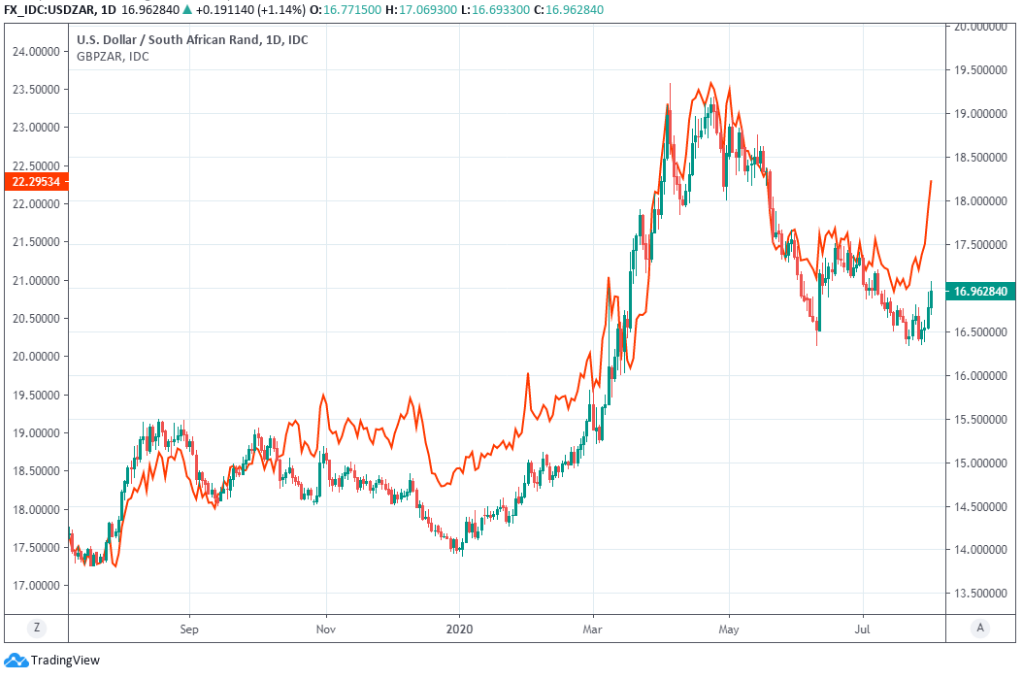 Concerns have built about what a second wave of coronavirus infections might mean for the recovery in Europe, where some countries are tightening restrictions on travellers returning from others, and for the U.S.

Meanwhile, a lack of action from congress on an extension of enhanced welfare benefits for households whose incomes have been disrupted by the coronavirus may also have contributed to the darkening mood as it exposes the U.S. to the prospect of a further slump in spending in the third quarter.

"Fearful of the fundamental economic weakness across the globe, investors have fled to US treasuries and gold. As you’d expect, EM currencies are struggling, with the rand surrendering 20c to the US dollar – its worst performance in more than six weeks. Strong Chinese PMI offers a meaningful backstop, allowing possible consolidation at USD/ZAR16.77 levels. In theory, rand gains should be hard fought in a structurally weaker economic environment because of SA’s dire fiscal position. But there are technical issues, such as the incoming multilateral inflows, that could create tactical opportunities, which should prove marginally rand positive. In the interim, however, risk sentiment will continue to set the tone for rand moves," says Nema Ramkhelawan-Bhana, a currency economist at Rand Merchant Bank.

Despite the tentative uptick in new infections in some parts of Europe, investors have increasingly favoured European assets. This and risk aversion are said to explain much of the week's emerging market underperformance. 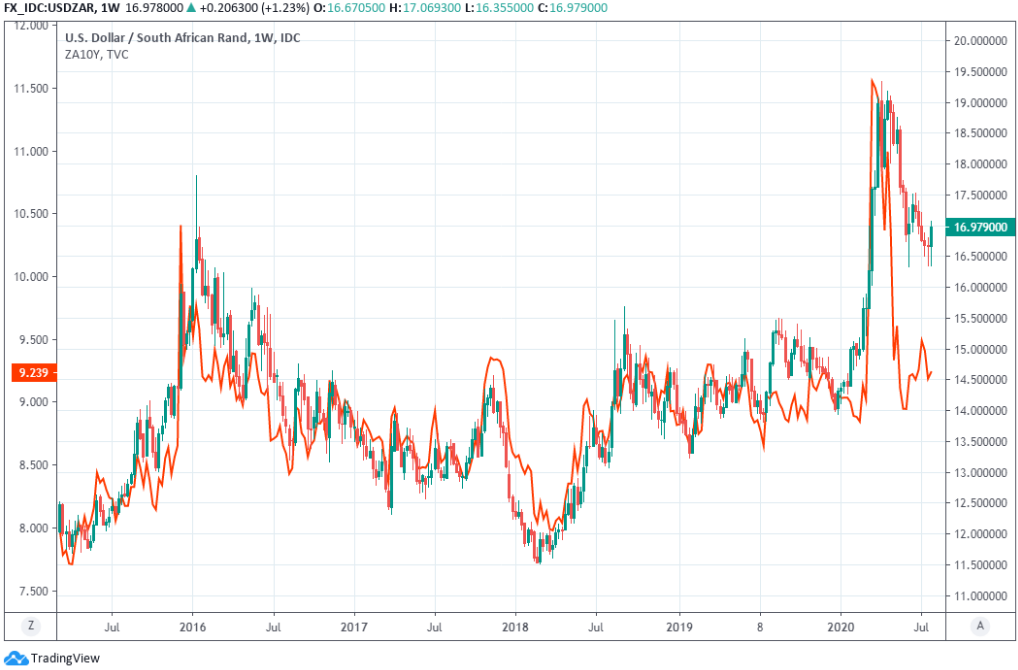 European outperformance comes hard on the heels of an agreement over the EU recovery fund and just a week after IHS Markit surveys indicated further progress in recoveries across the Eurozone and in the UK this month.

"EM currencies (with the exception of CEE FX) have underperformed G10 FX in the recent bout of Dollar weakness. On one hand, this gap has been driven by the outperformance of European satellite currencies in both G10 and EM," says Caesar Maasry, a strategist in the emerging market cross asset strategy team at Goldman Sachs."On the other hand, EM FX underperformance also reflects a decreased real rate and carry advantage for EM FX."

Emerging market currencies like the Rand benefited substantially from sluggish growth and negative interest rates in the Eurozone, which saw Euros sold heavily in exchange for higher yielding developing world currencies, but now the Euro bloc is perceived to be leading the recovery out of the coronavirus trough investors have an incentive reason to reverse those capital flows.

Central banks including the South African Reserve Bank (SARB) have cut their interest rates to record lows this year and in the process eliminated much of the additional return that investors could earn from buying the Rand and emerging currencies rather than developed world alternatives.

"The gap between the performance of G10 and EM FX since late March has been at least as much about G10 outperformance as it has been about EM FX underperformance," Maasry says. "While EM FX has lagged G10 FX in recent months, this should be put in the context of several years of EM FX total return outperformance versus G10 or EUR that had, for example, created stretched positioning in popular EUR-funded EM carry trades."

Goldman Sachs says that for emerging market currencies like the Rand to catch up with their developed world counterparts in the pushback against the Dollar later this year the global economy will need to continue its recovery and risk assets like stocks would need to climb to new highs.

At least a partial normalisation of trade relations between the U.S. and China as well as clear progress toward containing the coronavirus in developing countries is also seen as necessary to end emerging market underperformance. 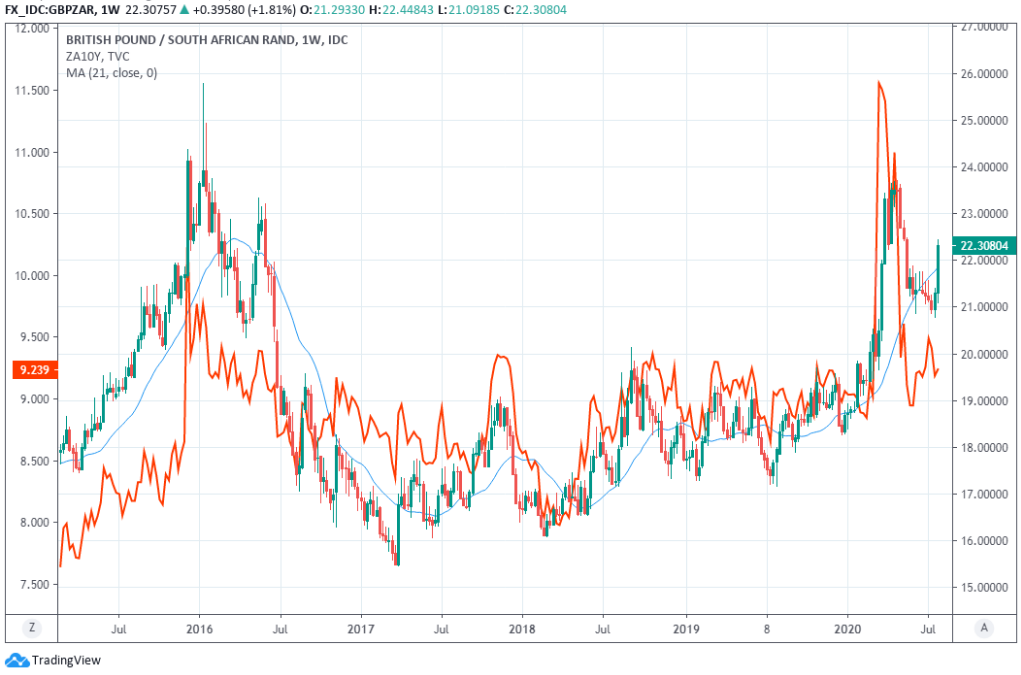 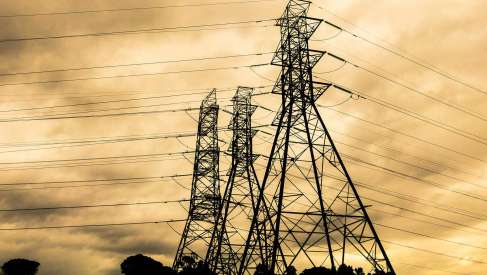