South Africa's Rand was higher against all major and emerging market rivals while developing world counterparts were also rising despite that many stock and commodity markets were nursing losses amid concerns about the global pandemic and fears for relations between the U.S. and China on Wednesday, with gains building further as those stocks lifted from intraday lows.

The Rand was up almost a full percent against the Pound, Dollar and Euro even after risk appetite was crimped when President Donald Trump was reported to have proposed undermining the USD/HKD peg in retaliation for China's insertion of its oppressive security apparatus into Hong Kong.

The White House also confirmed it's looking to ban Chinese social media firm TikTok from the U.S. and Federal Bureau of Investigation director Christopher Wray described Huawei as a "serial intellectual property thief" and also said "China is engaged in a whole-of-state effort to become the world's only superpower by any means necessary." 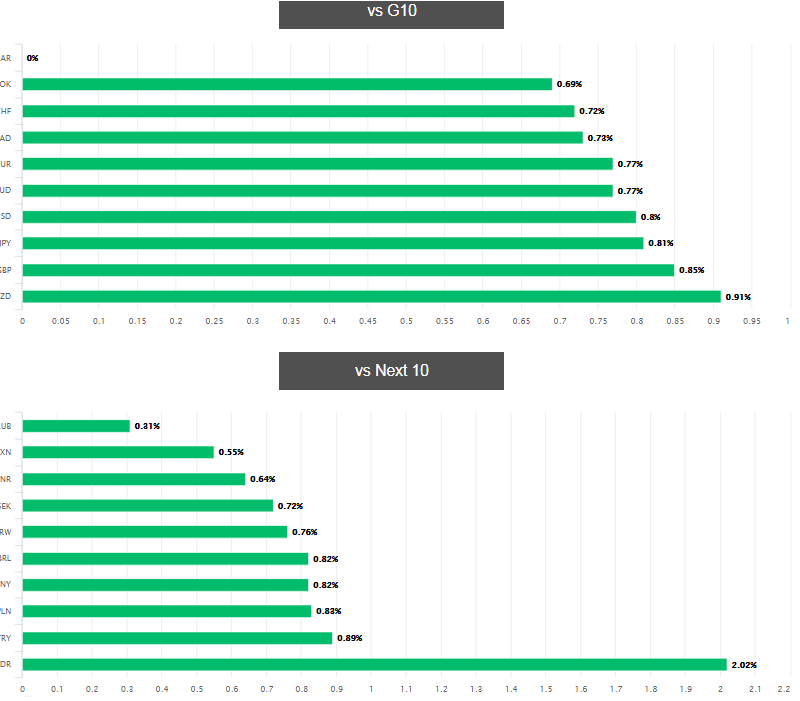 "New cases continue to rise in Australia. Nothing good is happening in Mexico, India or South Africa, where cases are rocketing," says Ian Shepherdson, chief economist at Pantheon Macroeconomics. "New cases in Nigeria, Africa's most populous country, with 206M people, remain very low, well below 1,000 per day. But this probably is a fiction, as the country ranks 198th in testing per million people, performing much worse than many poorer countries."

U.S.-China concerns were rising as the second wave of coronavirus in the U.S. looked to regain momentum while growing outbreaks elsewhere including in South Africa also bolstered the global pandemic. Another spike in new infections took U.S. coronavirus cases across the 3 million threshold, according to Worldometers, while at the global level the number crossed 11.9 million.Tuesday's increase came in at 208k and just shy of a new high. 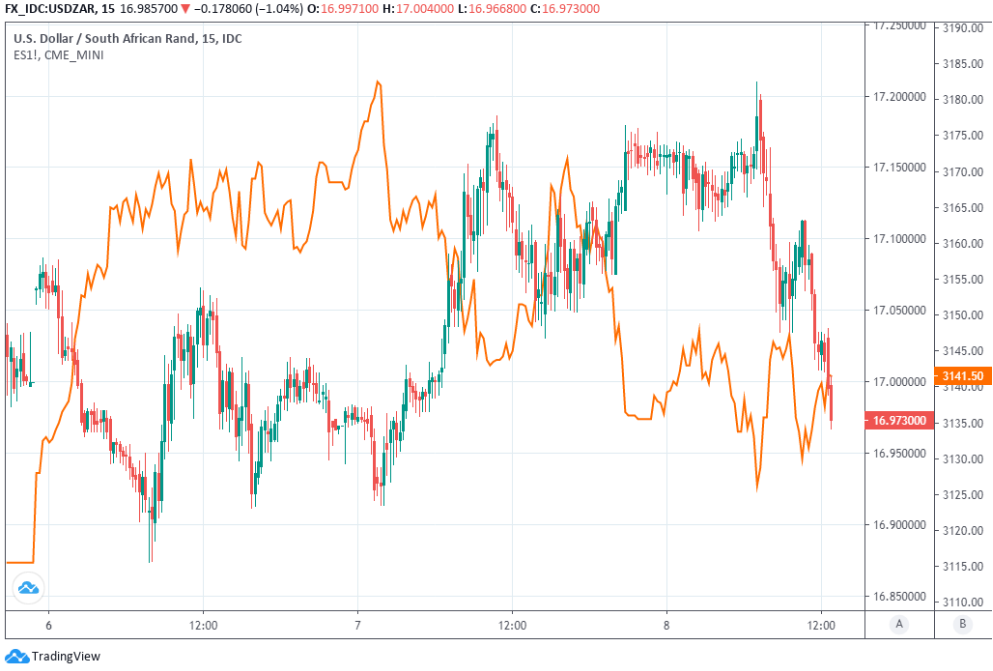 But the Rand advanced against developed and emerging rivals, outperforming all in a show of strength that might best be explained by rising gold prices and data revealing the South African Reserve Bank (SARB) halved the amount of government bonds it was buying in June. The SARB's step-off is in line with other central banks and likely explains June's rise in yields, which endured into July and on Wednesday.

"In other not so good news for SA, it would seem that the interest burden on the sovereign’s ten-year bond (the R2030) has now spiked above that of Nigeria’s equivalent, suggesting that despite Nigeria’s lower sovereign rating, investors are requiring greater return to help SA cover the gap between its expenditure and revenue," says Siobhan Redford, an economist at Rand Merchant Bank. 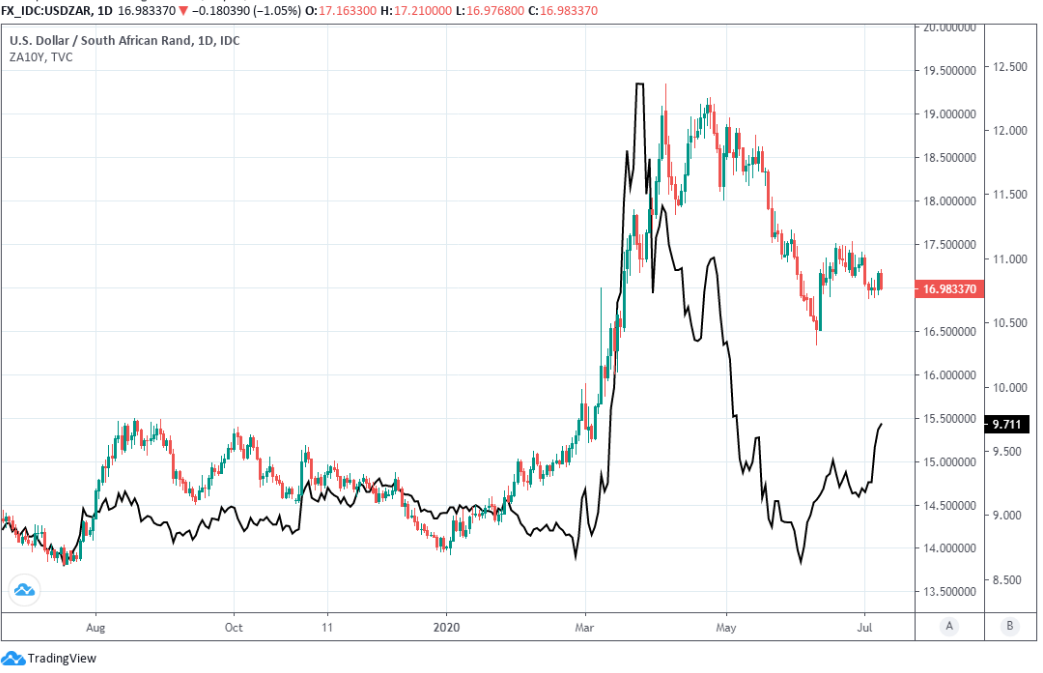 With the SARB no longer leaning on government yields those real time borrowing costs have more scope to reflect the perceived risks associated with lending to a coronavirus blighted South Africa whose finances were already in dire straits even before the 'lockdown' used to suppress the pneumonia-inducing disease. SA was downgraded to 'junk' by Moody's in March, leading to exclusion from the FTSE World Government Bond Index that prevents many large money managers from owning the government's debt.

But with bond yields pinned to the floor by central banks everywhere, stock market dividends in doubt and the global economy mired in a recession of historic proportions, investors have grown desparate for yield. More so the manacled captives who're forced by legacy mandates to pay the net opportunity cost that is investment in the modern bond market. For those kinds of investors at least, the annualised 9.7% offered by the South African 10-year yield on Wednesday is higher than that available before the pandemic and might prove too much of a temptation for them to resist, benefitting the Rand. 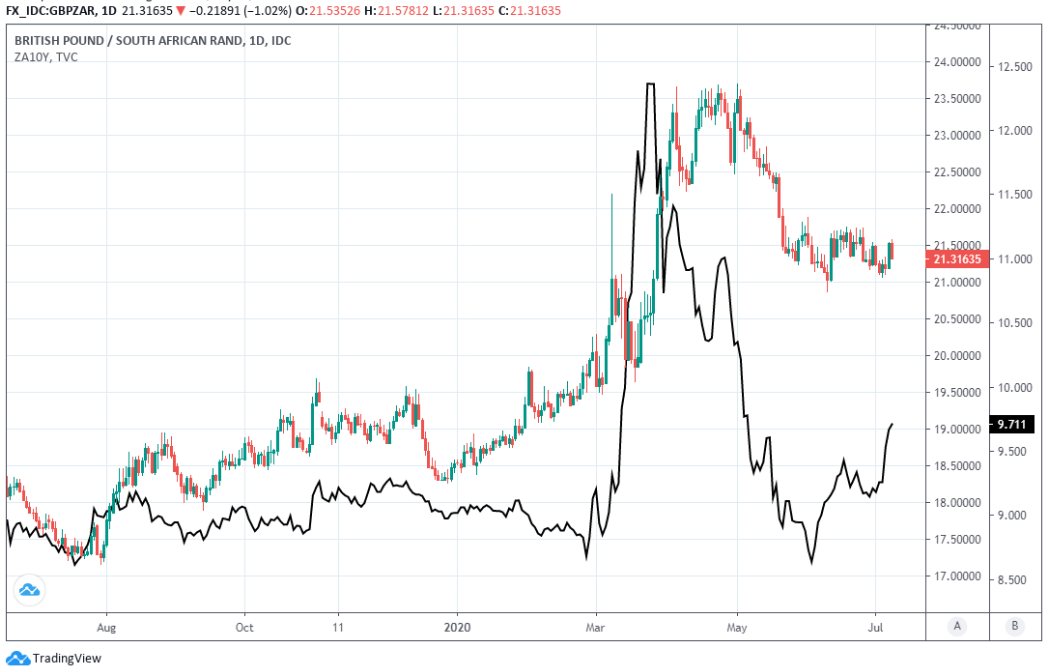 "Despite many opportunities to do so, risk assets have so far avoided the kind of sharp re-alignment with Main Street that so many commentators expect. No doubt this is driven by expectations that policymakers have a light trigger-finger for fresh stimulus. Whether risk assets can survive any fresh lockdowns remains to be seen, but we continue to see risk supported on dips, US$ sold on rallies," says Petr Krpata, chief EMEA strategist for currencies and bonds at ING. "The fragile nature of South Africa’s finances will keep the ZAR as a high beta play on the global recovery – and quick to hand back gains."

South African bonds and currency could benefit from investors' desperation for positive 'real returns.' Those are made impossible by the near-zero actual bond yields seen in the developed world and might not materialise in the form of dividend income from the world's stock markets for a while yet. Stocks have consolidated since topping out in early June, placing the Rand rally on hold. 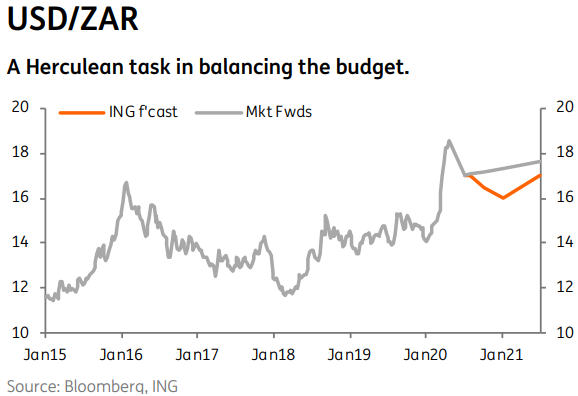 Some analysts say stocks are vulnerable to a correction lower up ahead while South Africa's mounting coronavirus outbreak could yet impose further extortionate costs on the economy and public purse, which would put at risk any newfound appeal of the SA bond market. But nonetheless, many forecasters look for further gains by the Rand before year-end including ING's Krpata, who tips a USD/ZAR rate of 16.50 by September and 16 for December, while few see it correcting lower in a meaningful way any time soon.

"The rand right now is just 4% weaker than our year-end forecast of R16.50/$ amid some easing in global financial turmoil as economies re-open. SA real government bond yields being relatively high, with non-residents having bought R7.6bn of SA bonds in June after aggressive selling, particularly in March," says Thanda Sithole, an economist at Standard Bank. "However, with recurring waves of COVID-19 infections in advanced economies and rising rates of infection in SA and other EM economies such as Brazil, India and Russia, there are risks to the rand, including the very poor fiscus. The National Treasury forecast now is for a far wider fiscal deficit of 14.6% of GDP and debt of 81.8% of GDP in FY20/21, posing entrenched risks to SA financial assets."

"Outlook for GBP is not Promising" - HSBC Forecasts for Pound Sterling…