- Gov has limited time to produce a viable turnaround plan.

- Or rating will go, but some say this nearly priced in to ZAR.

The Rand swept higher against most rivals at the start of the new week as investors expressed relief over a Moody's decision to leave South Africa's investment grade credit rating unchanged in November, although local analysts are saying the currency is not yet ready to stage a sustained recovery yet.

The Rand was paring last week's losses after Moody's changed its outlook on South Africa's investment grade rating to negative but left the rating itself in place, sparing the country from the exodus of foreign capital that would come with a downgrade to 'junk' status.

Moody's said again Friday that South Africa's government must produce a "credible fiscal strategy" that reigns in the spiralling budget defict and the stems the increase in the national debt pile if it is to avoid a downgrade, which could come as soon as February 2020. Finance Minister Tito Mboweni acknowledged the decision but offered no new information on what the government might do in order to safeguard the rating.

"USDZAR has had a relief rally for now and other South African markets follow suit with local bonds bid and stock market higher. The FRA curve is down around 8bp. The market will focus on the February budget to see if any corrective measures can be implemented to avoid a downgrade. Our flows have been light so far," says Georgina Moore, an emerging markets trader at UBS. 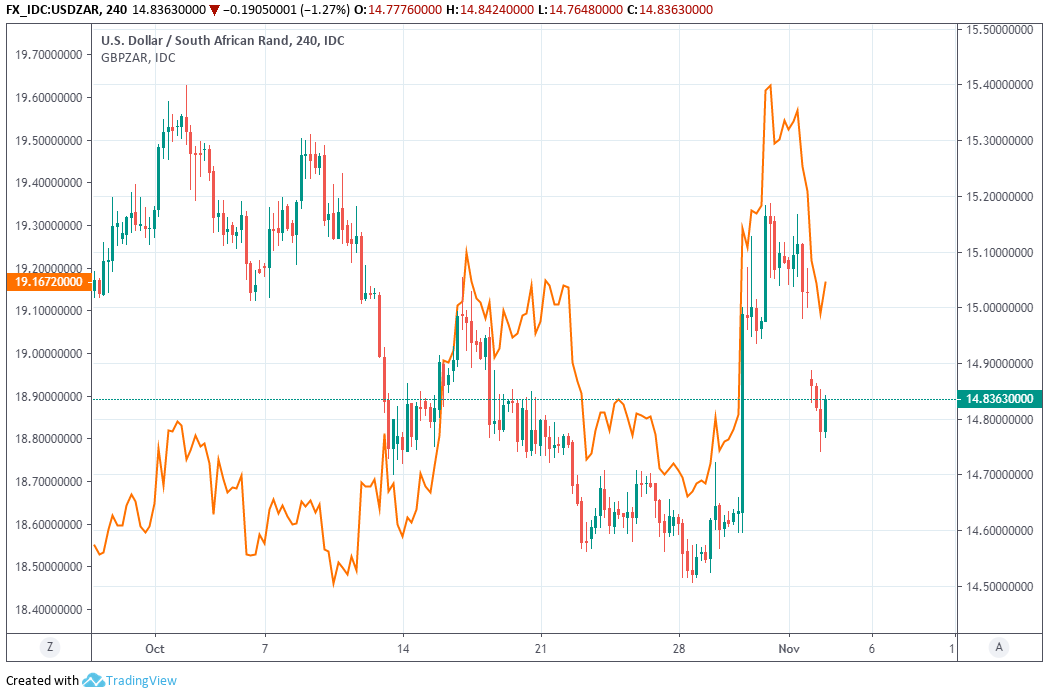 Friday's decision was effectively goods news for the Rand because of the poor reception given by the market, just days ealier, the October medium term budget statement. That had stoked fears about an imminent and all-out downgrade.

South Africa's debt-to-GDP ratio was projected in last week's budget to cross the 70% of GDP threshold over the coming years while the budget deficit is now seen averaging 6.2% over the next three years, due mainly to weakness in the economy and further bailouts for the failing electricity provider Eskom. There was some R26 bn in new financial support for Eskom included in this year's budget and R11 bn for other state-owned companies, but that's just a fraction of the overall Eskom burden

Cash bailouts for the electricity monopoly, which struggles to keep South Africa's ligths on and has been single out by Moody's as a significant threat to the public purse and credit rating, are currently expected to total around Rs59 bn over the next two years. Taxpayers are on the hook for around R350 bn of Eskom's R450 bn debt, which the company is unable to service due to the sheer scale of the liability as well as years of underinvesment that are now hampering its ability to generate sufficient revenue.

"While the rand has seen a relief rally as Moody’s did not prove to downgrade SA, the domestic currency will nevertheless likely remain volatile and at risk of weakness, both due to domestic and global growth factors, the latter as the synchronised global economic slowdown persists this year," says Annabel Bishop, chief economist at Investec. "Q4.19’s expected case forecasts for the rand have weakened as was the risk given October’s weak performance." 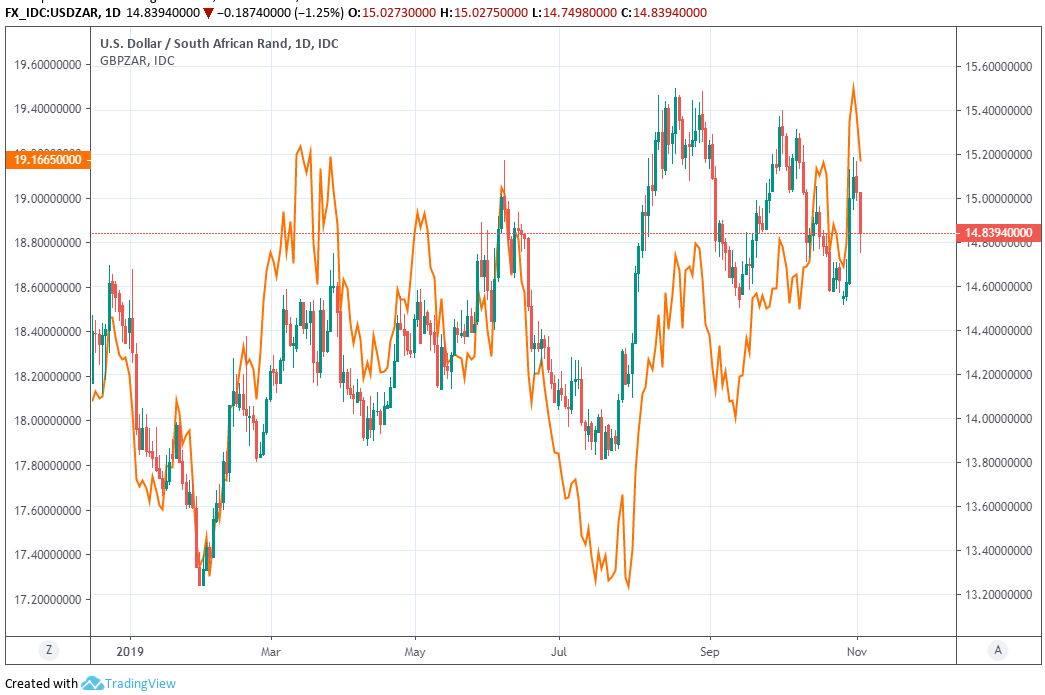 Bishop says the Rand is not out of the woods the yet and that it will remain at risk from a rating downgrade unless the outlook altered by Moody's last week is at some stage, returned back to positive. She forecasts the USD/ZAR rate will finish 2019 at 14.65, down from Monday's level, and that the Pound-to-Rand rate will decline from 19.15 to 18.39 in that time.

Key to an improved outlook for the rating is the February budget and measures that will give investors confidence that Eskom will no longer drain the public purse of cash and that economic growth will someday pick up beyond its recent anaemic levels. Plans for fiixing Eskom, which were unveiled by Public Enterprises Minister Pravin Gordhan last Tuesday, left the market disappointed.

If the rating is cut then investors who benchmark to various major performance measurement indices will no longer be able to hold South African government debt in their portfolios, meaning they could have to sell their existing investments. That might mean large outflows of foreign capital from South Africa and downward pressure on the Rand because just less than half of the national debtis held by overseas investors

"We adjusted our year-end forecast for the rand to R14.85/$. Still, we do not believe that the sustained rand weakness will be severe," says Shireen Darmalingham, an economist at Standard Bank. "Our view remains that the rand at current levels is discounting a Moody’s downgrade to non-investment grade and aptly discounting the likely fiscal slippage. However, the fiscal deterioration and the increased likelihood of tax increases will weigh on confidence and in turn economic growth."

The outlook for the South African economy has deteriorated to the extent that up to 50% of the working population could find itself unemployed and 54% of businesses might no longer exist by year-end unless the government opens up the economy, according to analysis from Investec.