The Dollar-Yen exchange rate fell a sizeable 0.88% on Wednesday and is seen at 104.50 on Tuesday. Following the sizeable move, analyst Richard Perry at Hantec Markets considers the potential next levels the pair might achieve.

The dust is still settling on some significant dollar selling yesterday.

Dollar/Yen took a big dive to put an end to weeks of moves lacking conviction. 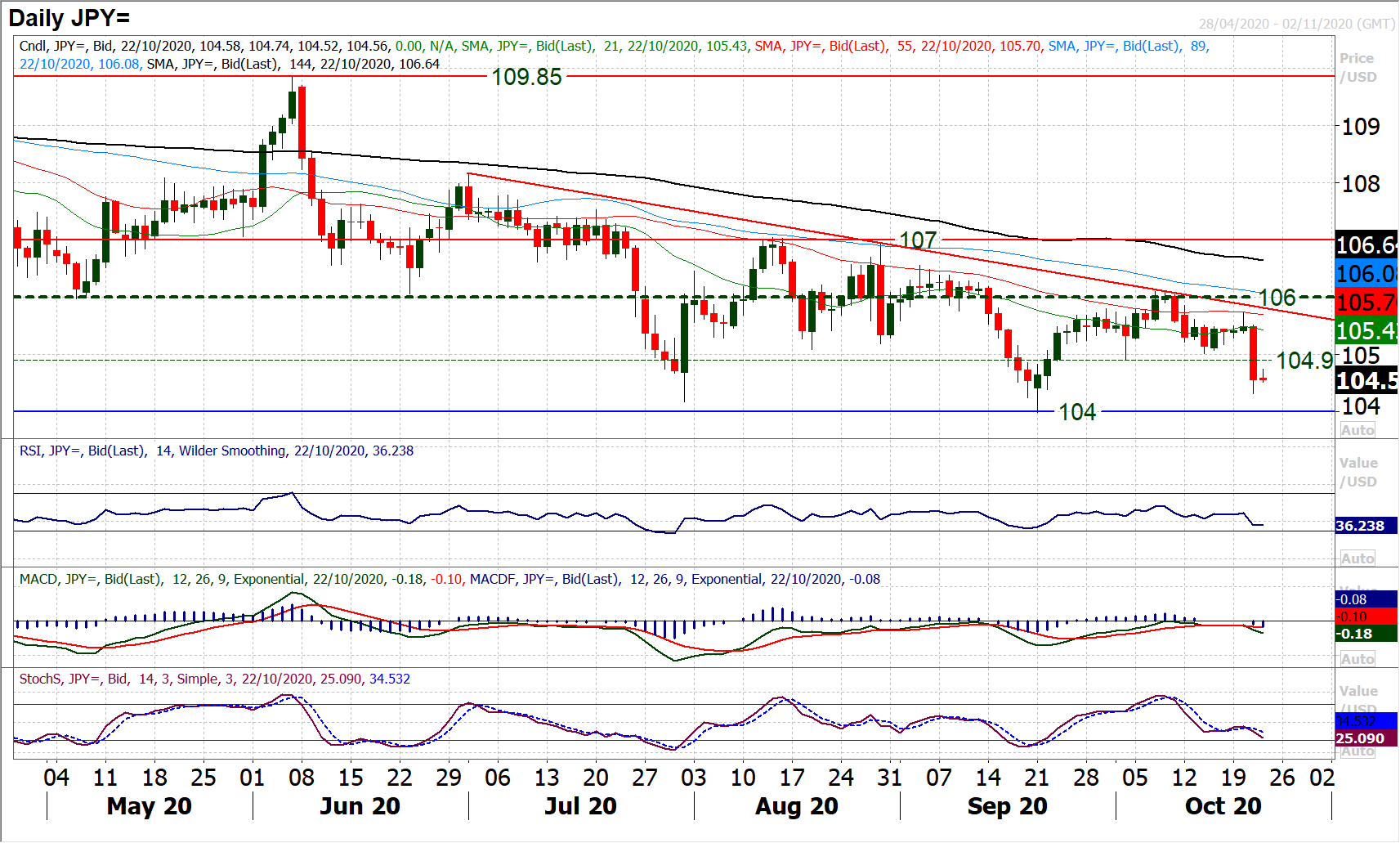 We continue to see the strategy of selling into near term strength as being the best way to play the pair right now. Resistance is now overhead between 104.90/105.20 capturing the overhead supply of several old lows of the past few weeks.

Daily momentum indicators also renew their negative configuration and also with downside potential Under 104.00 the market is testing key March lows at 103.10 and then 101.15.

Already a dead cat bounce is beginning to roll over around 104.75 this morning. Yesterday’s low at 104.32 is initial support.