The Pound-to-Dollar exchange rate is quoted at 1.3947 ahead of the London market open which represents a recovery from this week's low of 1.3856.

The Pound's recovery comes largely on the back of a pullback in the US Dollar; James Bullard - a non-voting member of the Federal Reserve's decision making body - on Thursday suggested that the Federal Reserve should not hike rates too aggressively.

"The idea that we need to go 100 basis points in 2018, that seems like a lot to me," Bullard told CNBC. "Everything would have to go just right. The economy would have to surprise on the upside a bunch of times during the year. I'm not sure that's a good way to think about 2018."

According to analysts the comments helped the US Treasuries market to stabilise somewhat, after having endured heavy selling since the start of the week.

"As a result, of the overnight stabilization in US Treasuries market and the slight pullback in yield, the USD rally was cut short, resulting in the USD giving up a large part of its recent gains," says Quek Ser Leang, an analyst with UOB in Singapore.

Ahead of the weekend we are told by Leang the recovery in the GBP/USD exchange rate has room to extend higher and retest the overnight high near 1.3990.

"While we highlighted yesterday that the weak undertone in GBP “could lead to further weakness towards 1.3860”, the subsequent sharp bounce from a low of 1.3858 came as a surprise. The 1.3858 low is likely a short-term base and the recovery has room to extend higher and retest the overnight high near 1.3990," says Leang.

At this stage, a sustained move above this level is not expected by Leang (next resistance is at 1.4020). The UOB analyst says support is at 1.3930 but only a move back below 1.3900 would indicate that the current mild upward bias has eased. 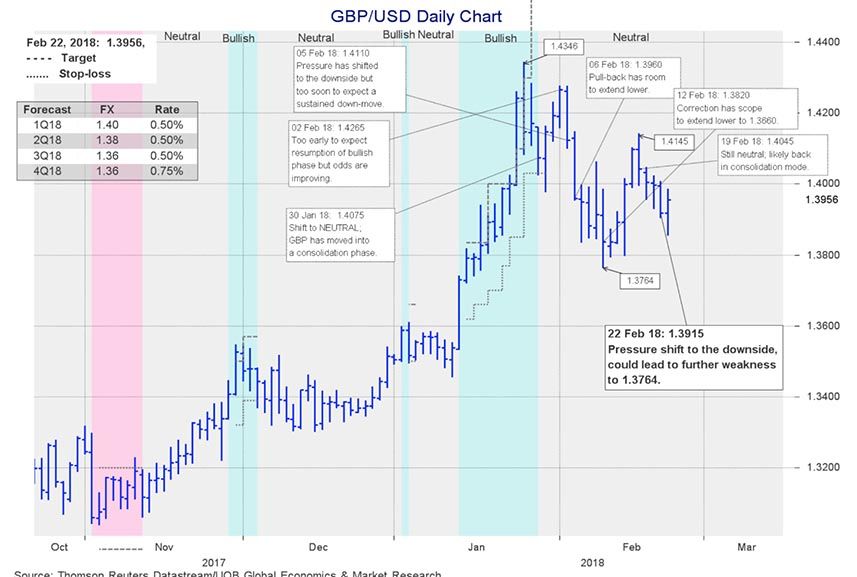 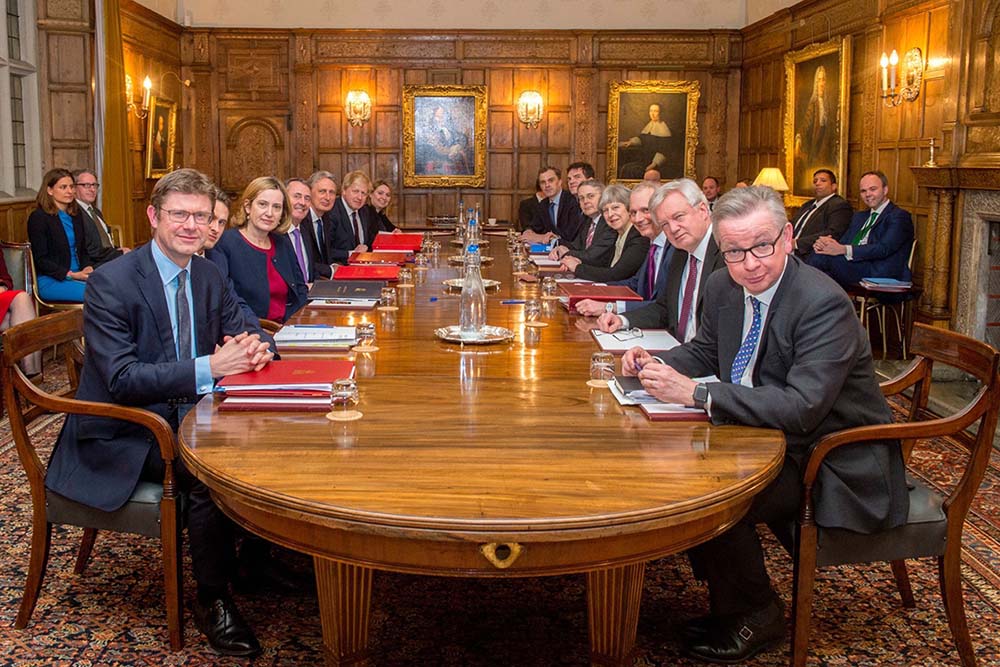 Above: Official government photo of the Chequers cabinet meeting.

The British Pound was seen as one of the better performing global currencies ahead of the weekend, with markets eyeing domestic Brexit developments and judging them to be positive.

The promise of Conservative party unity on the issue of Brexit is a rare commodity, but this could well be on offer following Theresa May's decision to lock her top team in a room in the English country side and let them out only once agreement had been sought.

The details of the meeting are not known but reports suggest some agreement has been found.

"Things are looking up at Chequers. After eight hours of talks, factions in UK prime minister Theresa May’s team have stitched together a fragile compromise on a plan for Britain’s future EU relationship," reports the Financial Times in a morning briefing.

"GBP is top of the pack by a small margin, as reports suggest the cabinet is closer to agreeing a unified line on the UK’s post-Brexit relationship with the EU after the Chequers meeting ended late last night," says Adam Cole, Chief Currency Strategist with RBC Capital Markets.

According to the FT, the 11-member Brexit cabinet committee was said by those at the Chequers meeting to have endorsed a proposal dubbed “Canada plus plus plus” by David Davis, Brexit secretary.

The report went on to say: "Everyone seemed happy. Brexiters proclaimed that Britain was on course to make a clean break with the EU... Everyone thinks they got what they wanted.”