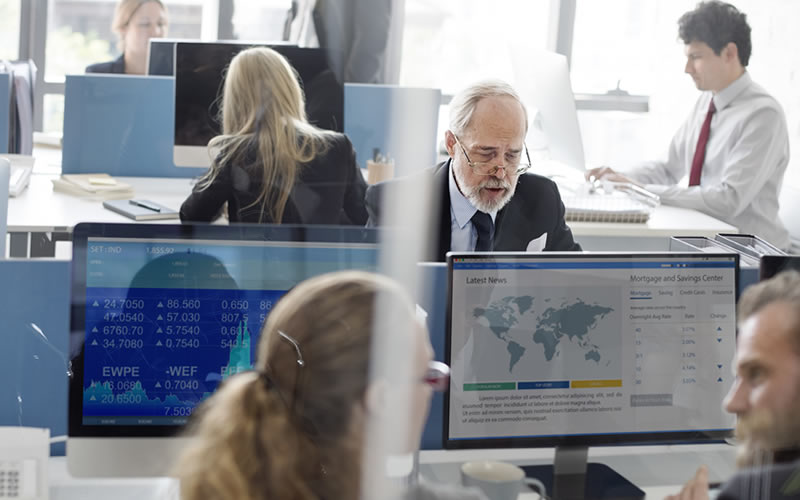 The US Dollar is forecast to weaken in 2018 amidst a build up in foreign-owned U.S. liabilities, accelerating global economic growth relative to the the U.S. and dampened inflation expectations.

The largest dealer of foreign exchange in the world, Citibank, is bearish the Dollar in 2018, expecting the world's reserve currency to lose up to 5.0%.

Releasing their latest set of Dollar forecasts, Citi reckon one of the main reasons for the expected weakness in the Dollar is the build-up of large foreign-owned positions in US financial markets, which are at risk of being redeemed and repatriated.

Conversely, the position of U.S. owned assets in foreign financial markets is comparably smaller, leading to a risk of a potential imbalance in Dollar supply.

The difference between foreign and U.S. owned assets and liabilities is known in national accounts jargon as the U.S. Net International Investment Position.

"Drivers remain: (i) a sharp deterioration in the US net international asset position over the past 10 years which will require a lower real exchange rate longer term," says Jeremy Hale, Managing Director of G10 at Citi.

The "sharp deterioration" is shown graphically in the chart below: 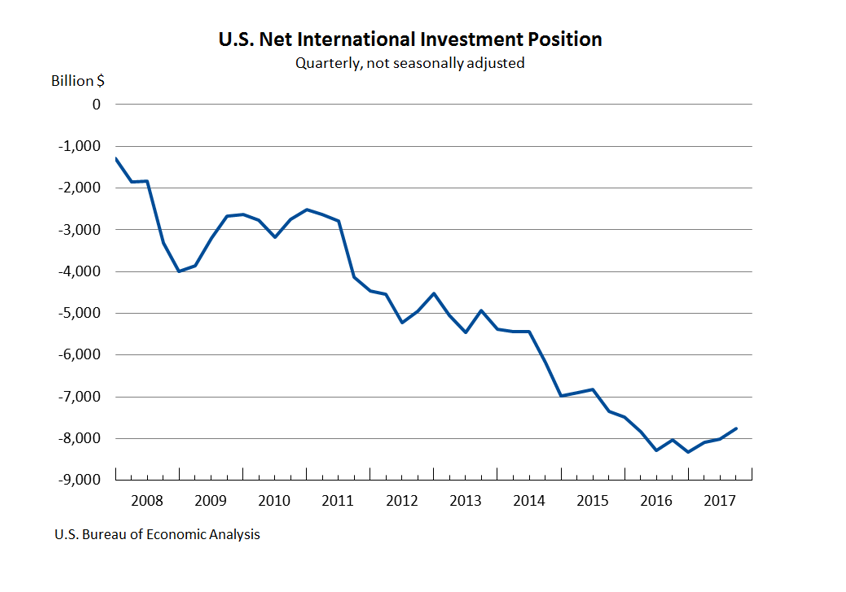 The increase in foreign liabilities is set to continue as U.S. tax reforms could lead to a short-term spurt in the stock market which may draw more foreign investors in.

The U.S. government is meanwhile not expected to be able to finance the new tax cuts so it will need to borrow the money, much of which will come from abroad, and this too could help swell the U.S.'s foreign liabilities and its net international asset position.

Another major driver of Dollar weakness is a 'cyclical convergence' in central bank policy between the US and rest of the world (RoW).

Central banks set interest rates and although the US Federal Reserve has been raising them more rapidly than most, their lead will be narrowed by the chasing 'pack' in 2018, says Citi.

Higher interest rates are positive for a currency because they attract more inflows of foreign capital, which increases demand so as interest rates converge the Dollar will relatively speaking lose its advantage and other currencies will catch up.

Longer-term cycles are also expected to impact on the Dollar, says Citi, with a 10-6 year bear/bull cycle in the Dollar entering a long-term bear phase.

The strength of the Euro, which is the largest component of the Dollar trade-weighted index, is also likely to be a drag, both in EUR/USD terms and on the broader Dollar index.

Finally, all the good news for the Dollar is "already in the price" and therefore there is more of a risk of depreciation.

"At the same time, the good news for the $ seems more and more in the price. Tax reform is now substantially known and priced," says Citi.

The Federal Reserve has grown wary of inflation expectations, shifting from a previous stance of expecting current unexpectedly low inflation to only last temporarily, to now seeing it as probably likely to persist longer-term.

Given inflation is a major driver of interest rates a situation in which it was to remain lower for longer would probably impact negatively on the Dollar.

Inflation expectations in Europe are more positive than in the US, further resulting in upwards pressure on the EUR/USD exchange rate and a weaker Dollar.

The difference between the inflation outlook is quantified and reflected in the rising 5-year Euro over 5-year US inflation swap rate which measures the cost of performing a currency swap over a period of five years and can be seen rising in tandem with the EUR/USD exchange rate in the chart below. 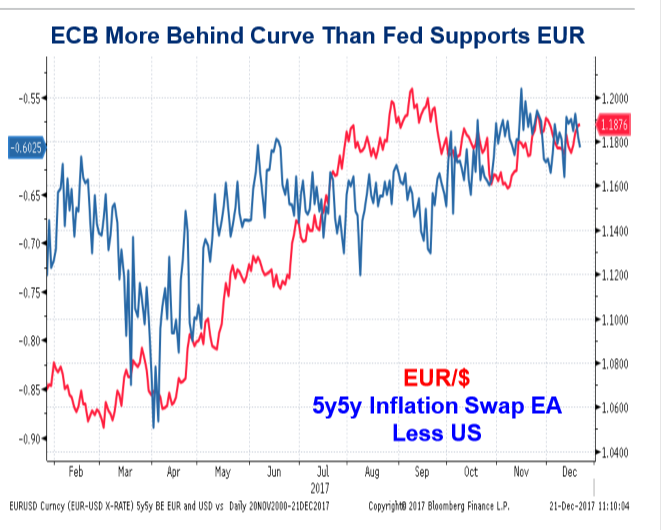 Looking at the bank's forecasts we see the following: 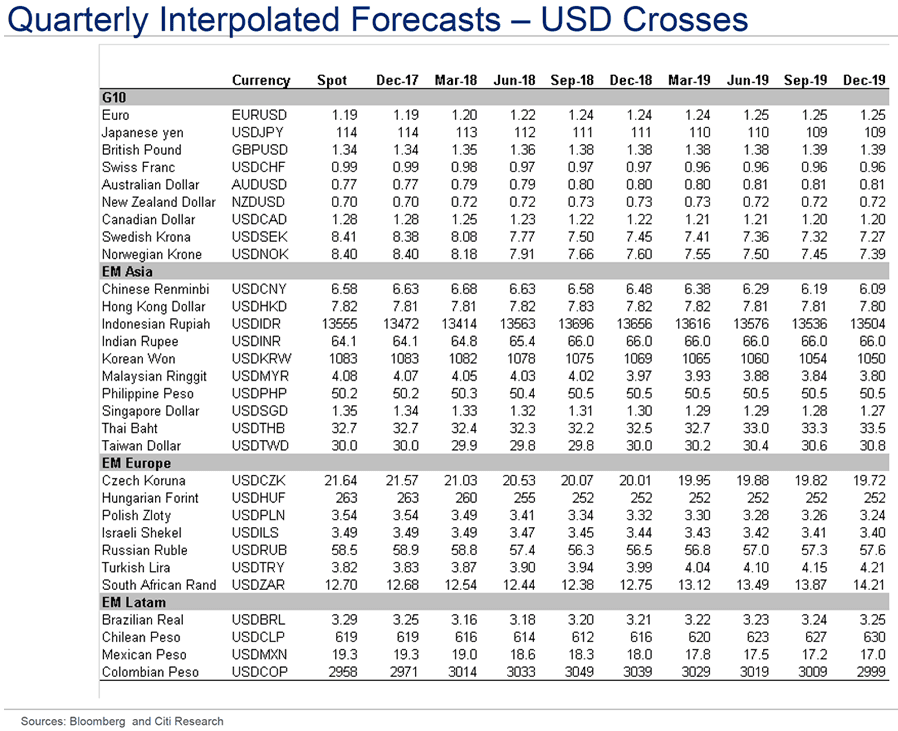