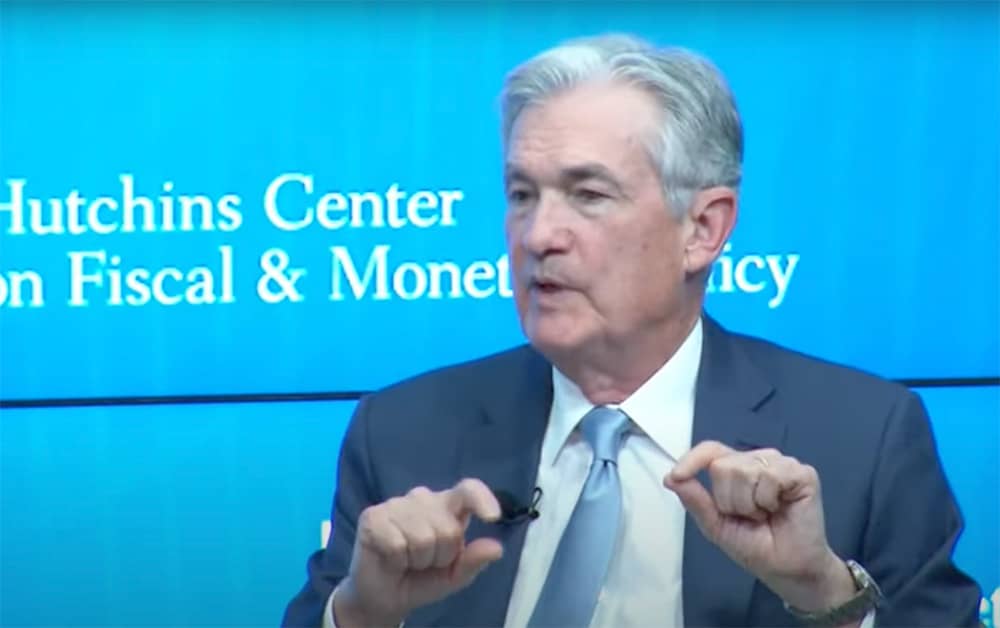 The British Pound swept higher against the Euro, Dollar and a host of other major currencies at the start of December after global risk sentiment received a boost from the U.S. Federal Reserve.

"Some things may be guessed at, but you have to hear them spoken for them to have their full effect," says Esther Reichelt, FX Analyst at Commerzbank. "This seems to be what happened to the foreign exchange market with the Fed's interest rate decision in December."

Powell's comments proved supportive of investor sentiment and pushed stocks  - and 'high beta' currencies such as the Pound - higher. 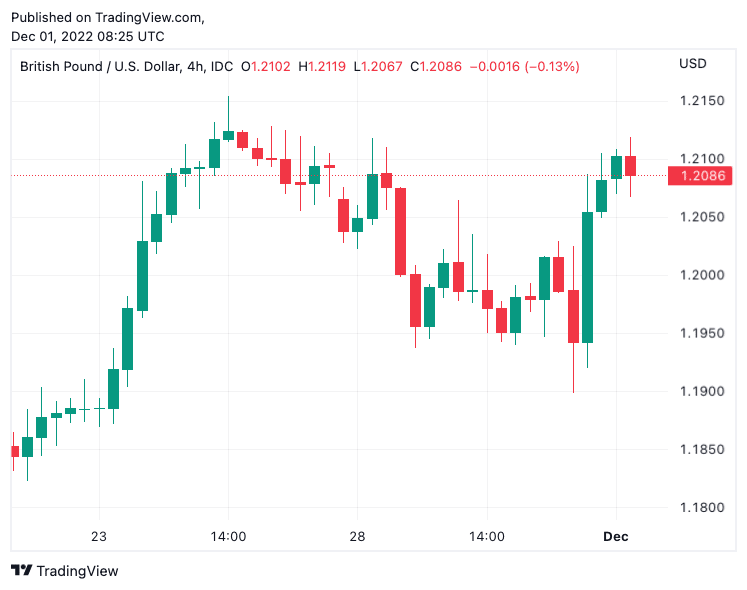 But, the Fed could now afford to observe the impact of previous hikes, noting monetary policy tended to operate with a large.

According to our data, the rally takes rates for dollar international transfers at a typical high street bank to approximately 1.1840. Competitive cash providers are nearer 1.1970 and competitive providers of high-volume payments are closer to 1.2050.

The Pound was also higher against the Euro, which is typically expected in such market conditions. The Pound to Euro exchange rate rose half a percent to 1.1635, the rate on euro international transfers at a typical high street bank is approximately 1.1407, competitive cash providers are nearer 1.11508 and competitive providers of high-volume payments are closer to 1.1605.

Markets and the Pound have been under pressure during 2022 as the Fed has moved to rapidly raise interest rates in a bid to slow the economy and bring down inflation.

This has raised expectations for a U.S. recession and has diminished the flow of money through the U.S. and global economies, pushing stocks lower and the Dollar higher.

Therefore, any signals that the process might be nearing its end are supportive for the losers of the tightening cycle.

"The timing of that moderation is far less significant than the questions of how much further we will need to raise rates to control inflation, and the length of time it will be necessary to hold policy at a restrictive level," said Powell in an address to the Hutchins Center on Fiscal & Monetary Policy at the Brookings Institution.

Powell signalled the ultimate level of rates will likely be somewhat higher than indicated in the September dots provided by the Fed, as a recognition of the ongoing work required to bring U.S. inflation down.

The dots are the projections on a chart made by each member of the FOMC and are effectively the central bank's official forecast for the future of U.S. interest rates.

However, Powell acknowledged some progress in bringing down some components of the inflation basket, which "caused markets to conclude that 'somewhat higher' doesn't by definition mean a policy rate above 5.0%," says Van der Jeugt. 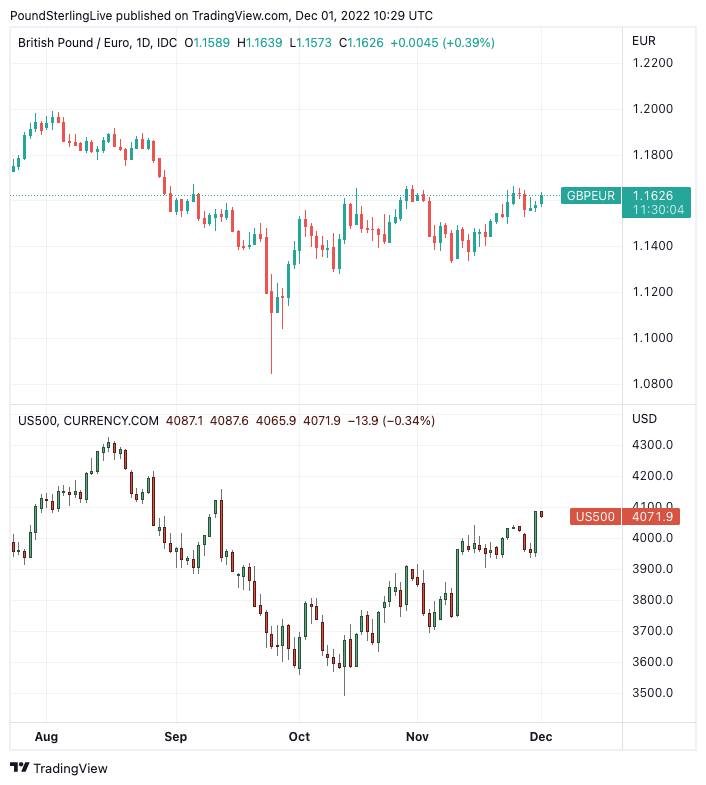 Above: GBP/EUR (top) and S&P 500 stock index (bottom). The charts confirm a correlation between the two, suggesting global investor sentiment is arguably more important to Sterling than domestic factors.

"Powell gave a relatively clear indication that the next rate hike in mid-December would be only 50bp," says a note from UniCredit Bank.

The Dollar is likely to remain under pressure as long as this theme remains alive, and it would appear a nasty surprise is required from Friday's U.S. labour market data to shift the dial.

"For the time being, the only thing that seems relevant for the financial markets is that Fed monetary policy is "normalizing." The 75 bps rate hikes to compensate for the too-long hesitation in 2021 are history. Instead, monetary policy is swinging to a more sustainable path," says Commerzbank's Reichelt.