The Pound rallied as the Dollar slipped from new highs ahead of the weekend and after a University of Michigan (UoM) survey suggested U.S. consumers' expectations of short and medium-term inflation ebbed in September, although that might not be the most important detail of the survey.

Pound Sterling rose tentatively above the 1.14 handle on Friday as the Dollar ebbed from new highs after University of Michigan measures of consumers' inflation expectations fell over both 1-year and 5-year horizons for the month of September in what may or may not come as a relief to Federal Reserve (Fed).

"With continued declines in energy prices, the median expected year-ahead inflation rate declined to 4.6%, the lowest reading since last September. At 2.8%, median long run inflation expectations fell below the 2.9-3.1% range for the first time since July 2021," the UoM survey results stated.

There is uncertainty over whether this is quite the piece of good news that it might look like, however, because while consumers' expectations of inflation did decline in September the consumers themselves become less confident that they are right to see inflation evolving in line with their expectations. 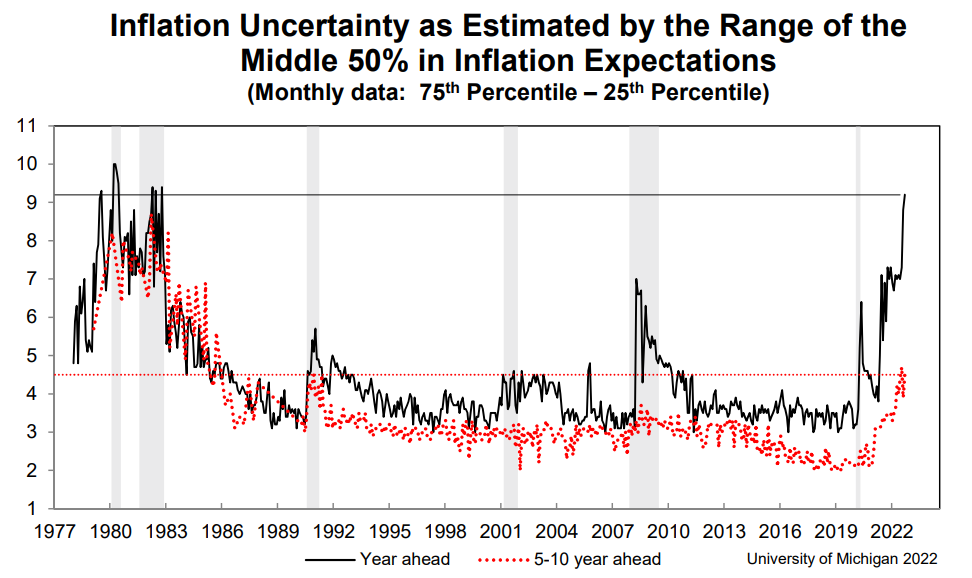 It's possible that Federal Reserve policymakers will not look favourably upon this rising uncertainty as it could potentially be interpreted as a loss of confidence in the bank's ability to maintain or otherwise restore price stability.

"Both experience and studying history are great teachers of what can be hard lessons and I actually mentioned three lessons at Jackson Hole 10 days ago and those were first, that the Fed does have and accept responsibility for price stability. Even now some are questioning that but that to us is settled," Federal Reserve Chairman Jerome Powell told the Cato Institute's Peter Goettler at the 40th Annual Monetary Conference last Thursday.

"Secondly, inflation expectations are really important and need to be carefully monitored because if they do move up they can make the job of getting back to price stability so much harder. And third is the record. There is a record of failed attempts to get inflation under control, which only raises the ultimate cost to society of getting inflation under control, hence the need to do this job now and keep at it," he added in discussion about lessons he's learned at the Fed.

It's not just Chairman Powell who's recently expressed concerns about inflation expectations because they have been a central theme in almost all public remarks made by all Federal Open Market Committee officials in recent weeks. 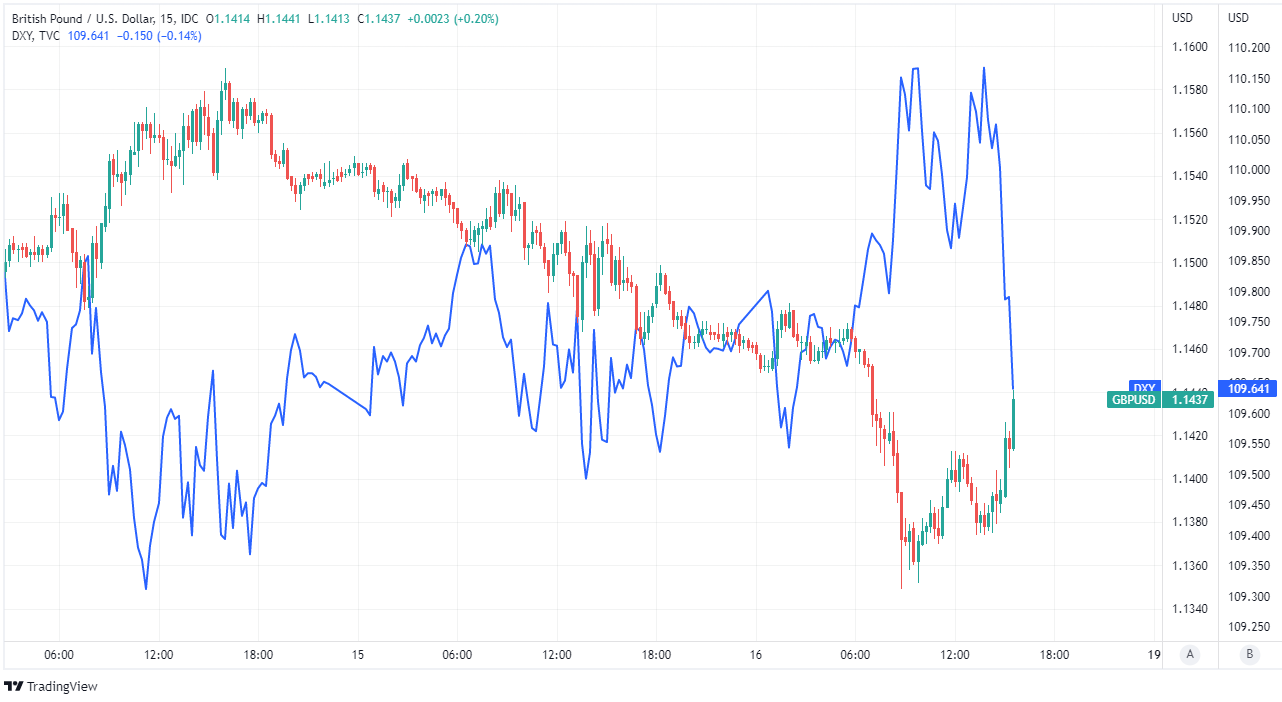 Above: Pound to Dollar rate shown at 15 minutes intervals with U.S. Dollar Index.

"Another factor that I will be watching closely is longer-term inflation expectations, which I believe significantly influence inflation," Fed Governor Christopher Waller said just last Friday.

"Several measures of longer-term expectations have edged lower over the past couple of months. To me, this means that the public retains confidence that the Fed will be able to rein in inflation in the medium term," he told the 17th Annual Vienna Macroeconomics Workshop (2022).

Inflation expectations may be of even greater concern for Fed officials since Bureau of Labor Statistics data showed the core inflation rate beginning to reverse a multi-month decline during August when the figures were released on Tuesday and barely a week out from the Fed's September interest rate decision.

Core inflation is most important because it excludes volatile energy and food items from the basket of goods for which prices are being measured and so is thought to be the best reflection of domestically generated inflation pressures.

“The clock is ticking and as I mentioned the longer that inflation remains well above target, the greater the concern that the public will start to just naturally incorporate higher inflation into its economic decision making and our job is to make sure that doesn’t happen,” Chairman Powell also told the Cato Institute.