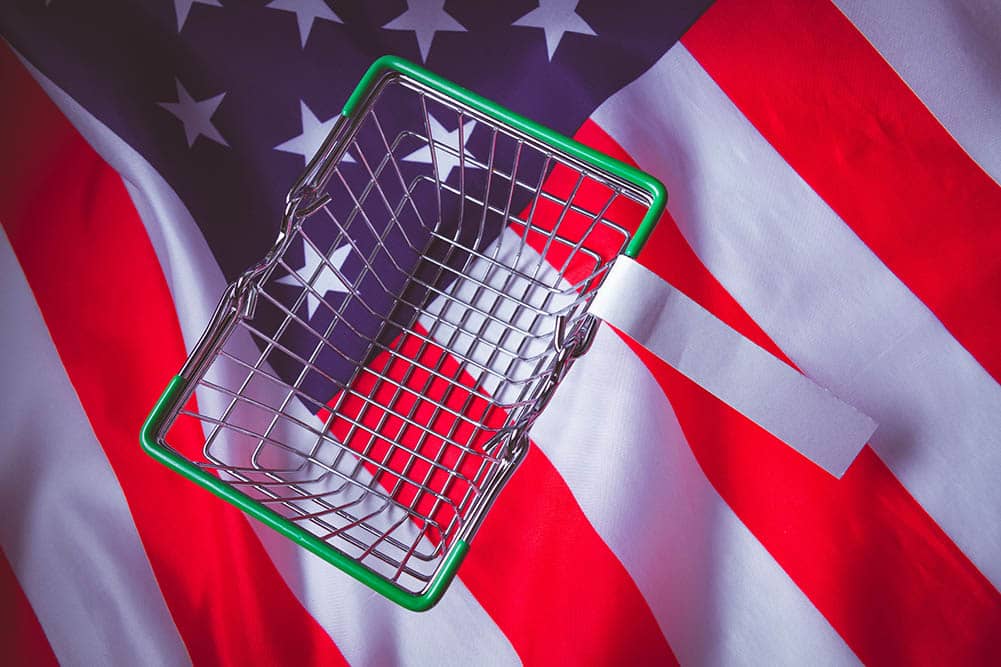 The Dollar rose sharply after data showed U.S. inflation is running hotter than markets were expecting, meaning the Federal Reserve will be emboldened in its desire to raise interest rates.

Stocks fell and the safe-haven high-yielding Dollar jumped after U.S. headline CPI inflation rose 8.3% year-on-year in August, defying expectations for a reading of 8.1%, nevertheless it was still lower than July's 8.5%.

For the Fed it will be the core inflation reading that is of most concern.

Core CPI inflation is that inflation that is generated domestically and therefore excludes external variables such as energy prices; in short, it is the type of inflation the Fed can arguably contain via higher interest rates.

The year-on-year increase in core CPI inflation stood at 6.3%, which is higher than the 6.1% the market was looking for and July's 5.9%. 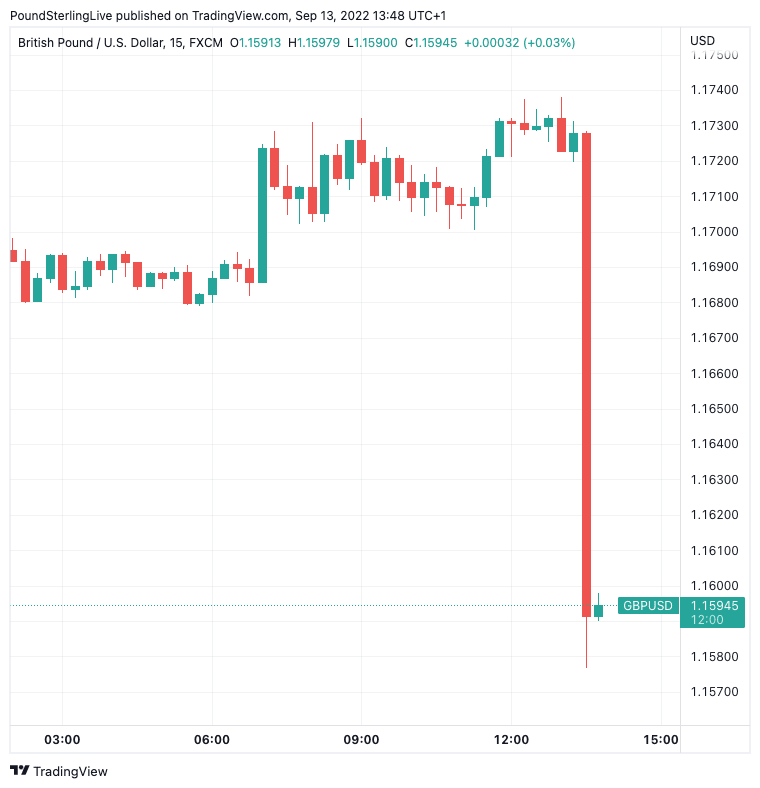 Above: GBP/USD at 15-minute intervals. To be alerted when your ideal rate is reached, set up a free FX rate alert here.

Dollar gains were seen against all the major currencies, with a 1.40% advance recorded against the New Zealand Dollar and 0.84% gain against the Euro.

"In response to the data, all G10 currencies weakened against the US dollar, with the largest losses seen in currencies that had recently benefited from the improvement in risk conditions. The pound, euro, yen, Kiwi dollar, Aussie dollar, and Swedish krona have now recorded losses in excess of one percent against the greenback, while the Norwegian krone posted the largest decline as it is down 2% on the day," says Jay Zhao-Murray, Market Analyst at Monex Canada.

The U.S. inflation surprise came despite a sizeable drag lower in gasoline prices, which does still imply the energy shock is passing through, but the lag appears to be catching everyone by surprise.

The Fed will be keen to hike rates incase this lag becomes even more pronounced as workers demand higher wage settlements and firms raise their prices.

"All told, with most categories except for energy commodities looking uglier, the Fed will no doubt be hiking by at least 75bp next week," says Katherine Judge, Senior Economist at CIBC Bank.

Prior to the announcement, overnight swaps and fed funds futures showed investors were pricing an 87-to-91% chance of a 75bps hike from the Fed, with a risk they would go smaller at 50bps.

But, in the aftermath of today’s data, those markets have gone beyond fully pricing 75bps and the tail risk is for a 100bp move, where chances are loaded 16-18%.

"Given that multiple top Federal Reserve officials have said that their choice was split between 50 and 75bps, it is eminently clear that short term interest rate markets have become overstretched. In our view, however, near-term interest rate pricing isn’t presently the main driver of FX markets. Instead, given the high degree of persistence in components like owners' equivalent rent, the stronger core inflation print has raised expectations of a more aggressive Fed hiking path to a higher terminal interest rate," says Zhao-Murray.

"None of this will matter next week; Fed officials have made it very clear that they will not slow the pace of rate hikes until they see convincing evidence that core inflation pressure is easing on a sequential basis. These data mean that the chance of a 50bp hike next week has gone. But the 20% chance of a 100bp hike now priced-in looks over-the-top," says Ian Shepherdson, Chief Economist at Pantheon Macroeconomics.