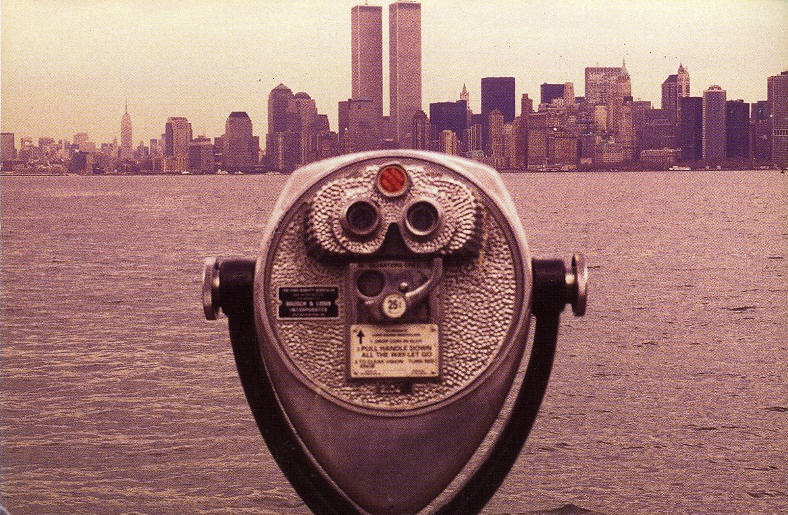 The Pound to Dollar exchange rate hit new multi-decade lows last week before rebounding ahead of the weekend but whether it can extend this move likely depends on the market response to U.S. inflation data that could be instrumental in shaping the policy stance of the Federal Reserve next week.

The Pound-Dollar rate rallied from a low near to the round number of 1.14 to trade as high as 1.1650 in the final session of the week, although the outlook for it is likely to depend in no small part on the outcome of Tuesday's U.S. inflation figures and the implications for a still-hawkish Federal Reserve.

"In their last chance to provide guidance before the 20-21 September meeting,there was no push-back from any Fed official on the market view that is almost fully priced for a 75bp hike. Fed rhetoric remains hawkish with officials resolute in their commitment to bring inflation down," says Tom Kenny, a senior economist at ANZ. 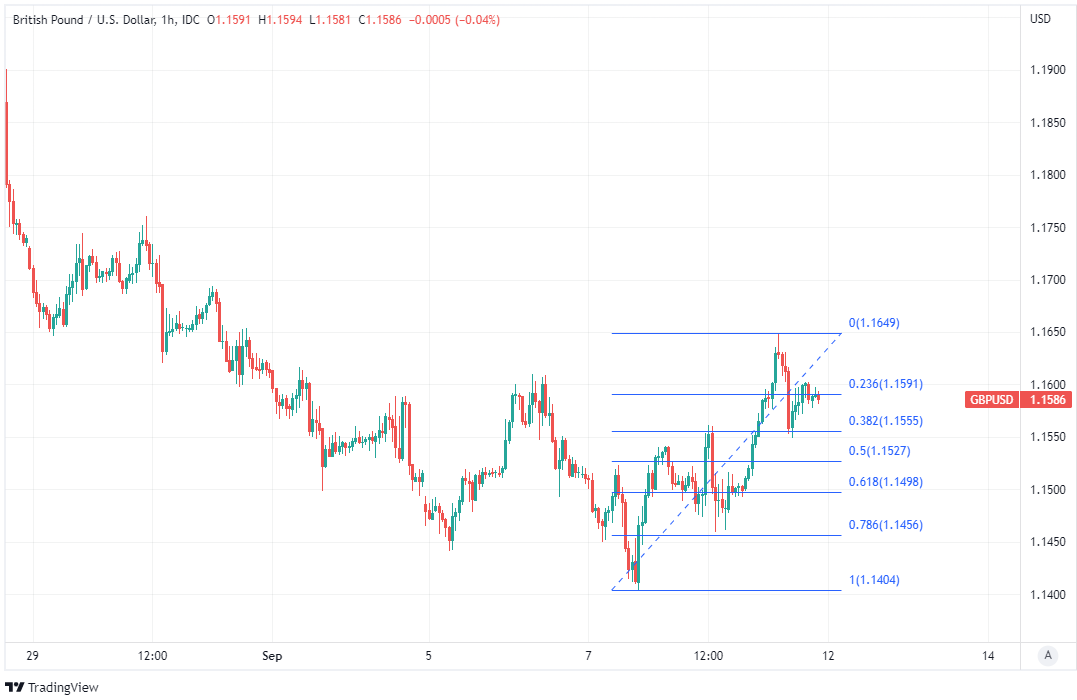 Many U.S. inflation rates have moderated in recent months but not nearly enough to convince the Fed that it will recede far enough for it to meet the 2% inflation target anytime soon, which is a reality that was underlined by Cleveland Fed President Loretta Mester last Friday.

"My current view is that it will be necessary to move the nominal fed funds rate up to somewhat above 4 percent by early next year and hold it there; I do not anticipate the Fed cutting the fed funds rate target next year. But let me emphasize that this is based on my current reading of the economy and outlook," she told MNI News. 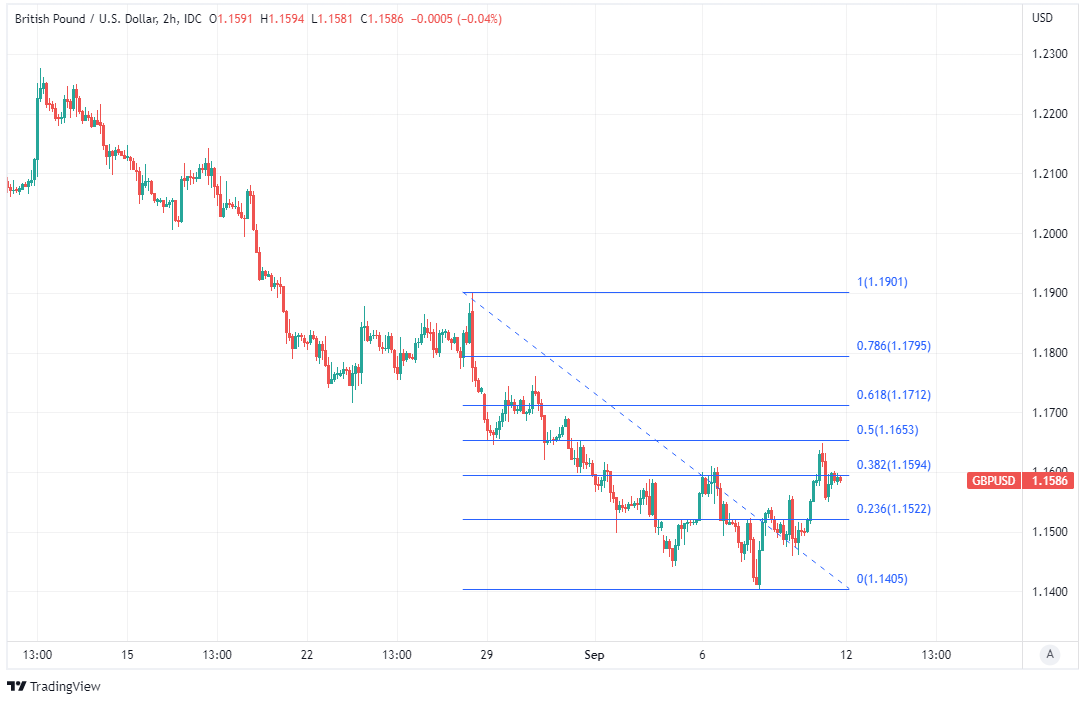 Above: Pound to Dollar rate shown at hourly intervals with Fibonacci retracements of late August fall indicating possible areas of technical resistance for Sterling. Click image for closer inspection. To stay on top of the market, set your free FX rate alert here.

"While it is clear that the fed funds rate needs to move up from its current level, the size of rate increases at any particular FOMC meeting and the peak fed funds rate will depend on the inflation outlook," she also said in an update on the outlook for the economy and Fed policy.

Loretta Mester said she does not expect inflation to return to the 2% target until 2024 and that she "will need to see several months of declines in the month-over-month readings" before being willing to conclude that inflation has peaked.

What's more, she clearly implied that any adverse outcomes such as renewed increases in inflation could lead her to favour more aggressive action than the Fed already has in mind and cited the approach of former Fed Chairman Paul Volcker as a model example of how best to deal with the present inflation. 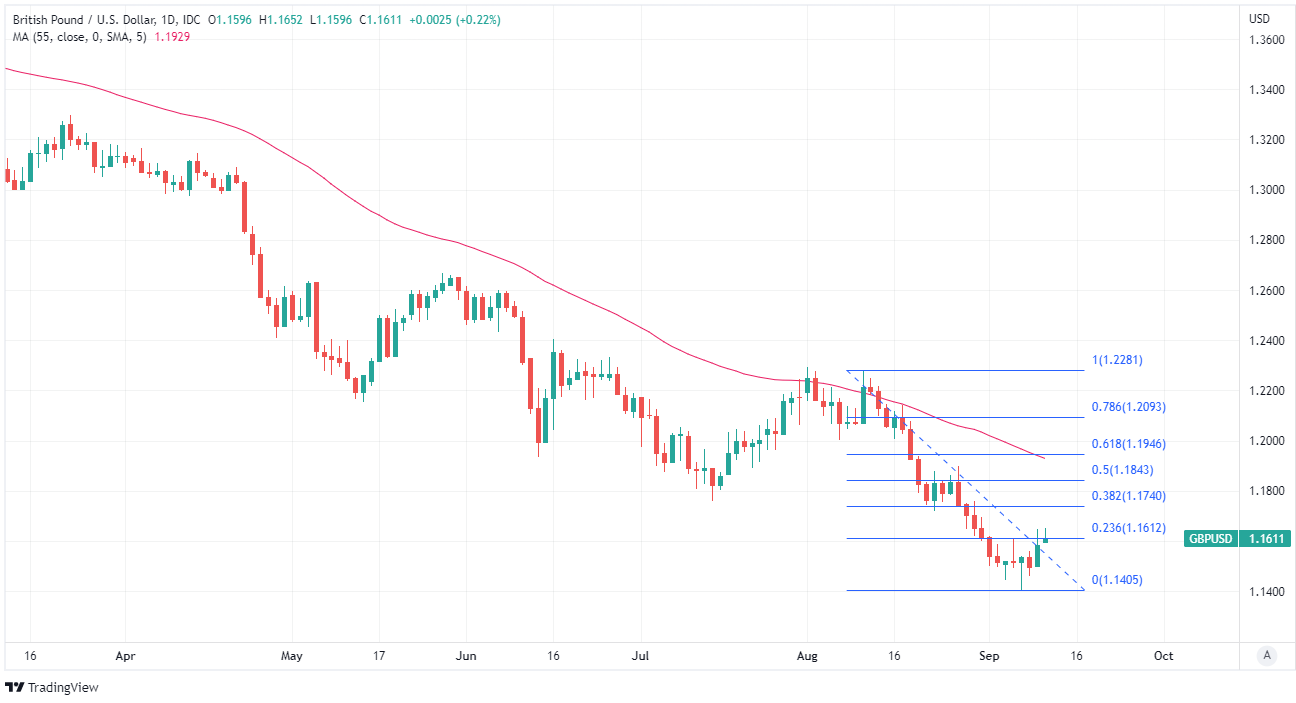 "Perhaps Paul Volcker said it best as he fought inflation in the 1980s: “…failure to carry through now in the fight on inflation will only make any subsequent effort more difficult, at much greater risk to the economy," Mester said on Friday.

For readers who're unfamiliar, Volcker was the Fed Chairman who famously used brutally high borrowing costs to drive double-digit inflations rates out of the U.S. economy between 1979 and 1989, which was a volatile period for global markets and the U.S. Dollar.

"I support continued increases in the FOMC's policy rate and, based on what I know today, I support a significant increase at our next meeting on September 20 and 21 to get the policy rate to a setting that is clearly restricting demand," governor of the Fed board Christopher Waller said on Friday. 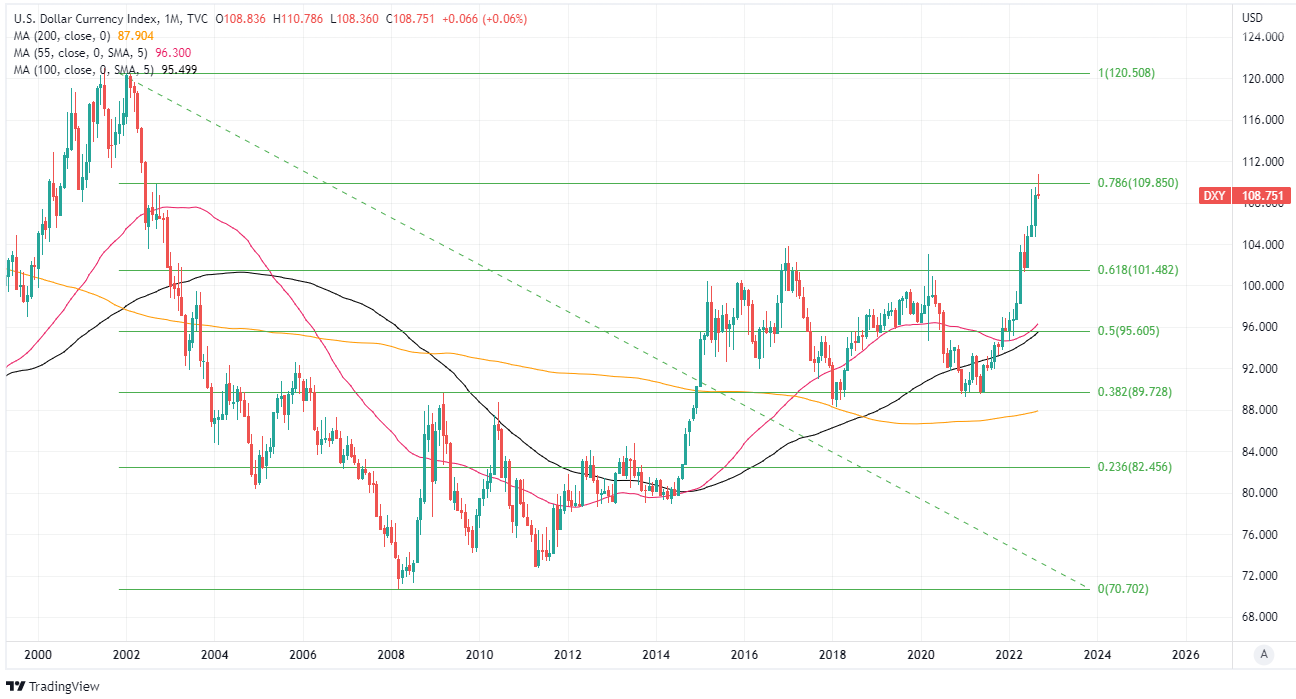 "The consequences of being fooled by a temporary softening in inflation could be even greater now if another misjudgment damages the Fed's credibility. So, until I see a meaningful and persistent moderation of the rise in core prices, I will support taking significant further steps to tighten monetary policy," he added.

While references to former Fed Chair Paul Volcker have increased, another strongly evident theme in recent Fed commentary has been concern about an upward drift in shorter-term inflation expectations, which could have implications for longer-term expectations as well as actual inflation rates.

All of this is enough already to suggest that Fed policymakers may be growing more hawkish, not less, and that leaves even more rested on whether Tuesday's inflation data reveals a continued decline in U.S. prices in month-on-month and year-on-year terms or if it indicates a renewed acceleration. 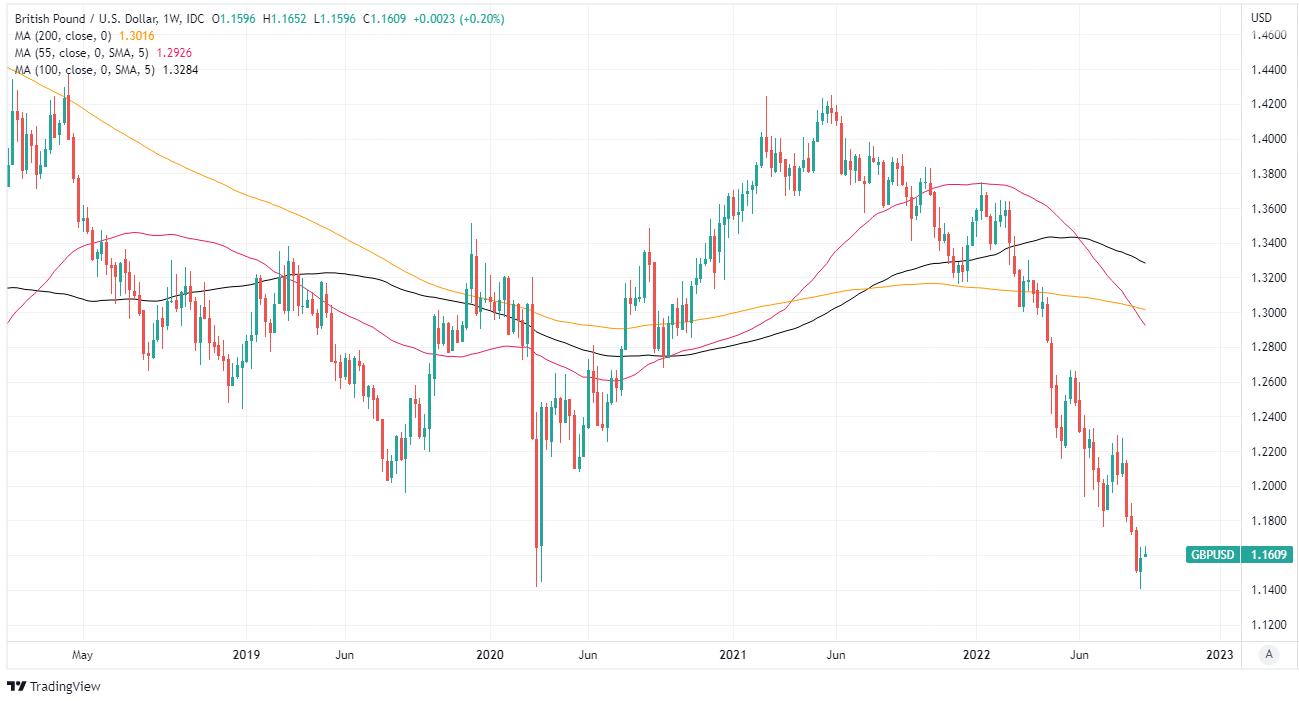 Above: Pound to Dollar rate shown at weekly intervals with selected moving-averages.

"An upside surprise to inflation will easily cement market expectations of another outsized 75bp rate hike. Regardless of the outcome of the CPI report, we judge the FOMC has much more work to do," says Joseph Capurso, head of international economics at Commonwealth Bank of Australia.

"GBP/USD is likely to remain heavy this week. The Bank of England (BoE) has deferred its policy meeting to next week because of Queen Elizabeth’s death. We expect the BoE to lift interest rates by 50bp to 2.25%. The August CPI (Wednesday) is expected to show CPI inflation remains very high," Capurso and colleagues said on Monday.

Tuesday's U.S. inflation figures are the highlight of the week ahead for Dollar exchange rates and global markets but are bookended by UK GDP data and inflation numbers for August on Monday and Wednesday, as well as August retail sales numbers on Friday.