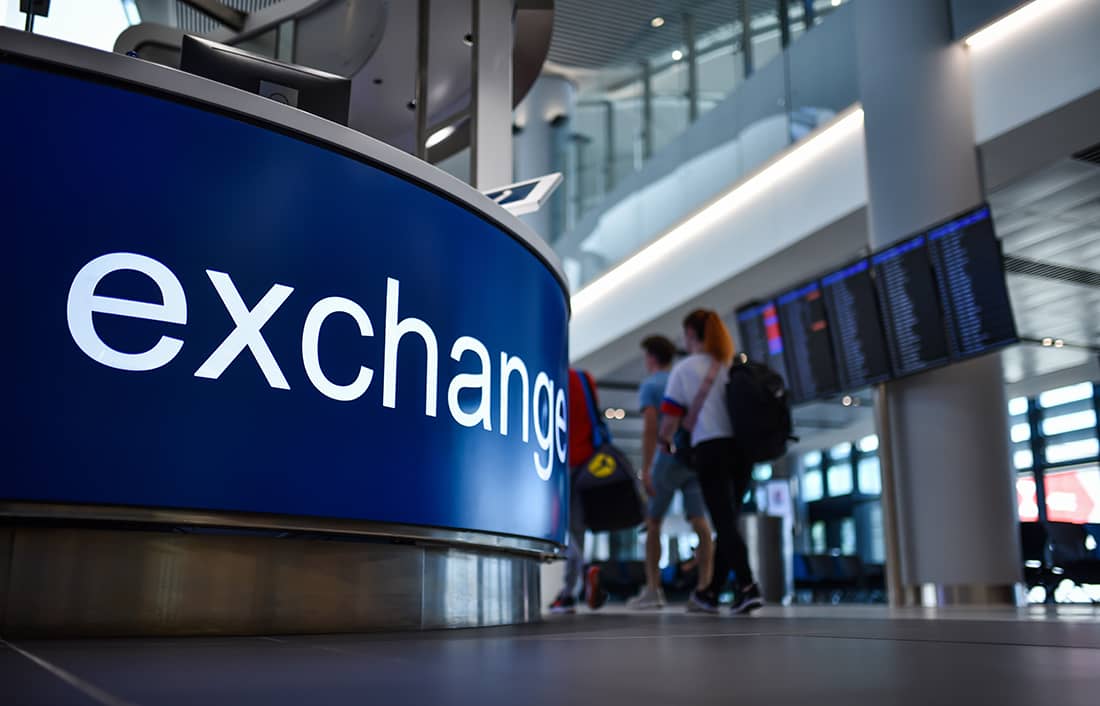 Pound Sterling into Dollar conversions offered by foreign exchange providers at the UK's largest airport are markedly more expensive than those provided at other locations and online.

According to research by FairFX, currency exchange rates on offer at Heathrow airport are 17% lower than the market rate.

An investigation by FairFX in the week that U.S.-UK travel reopens found that Travelex currency exchange desks at Heathrow Airport are offering rates that are 17% less than the market rate, at 1.1177 dollars to the pound.

This means "those excitedly heading off to the States could lose out on £211 for every £1000 exchanged," says a report from FairFX.

Travel companies and airlines report strong demand for U.S. bookings and FairFX says they have experienced "a big uplift in cash sales of USD," up 157% on the month before.

They say this highlights the significant consumer demand in light of the reopening of the travel corridor.

But the reopening of the US also comes as we see the Pound dip against the Dollar, dropping by 2% over the past fortnight.

"This fluctuation means that travellers can lose out on their holiday spending money if they don’t lock in rates in advance using a prepaid currency card, with a difference of around £16 for every £1,000 exchanged between the market rate today," says FairFX. 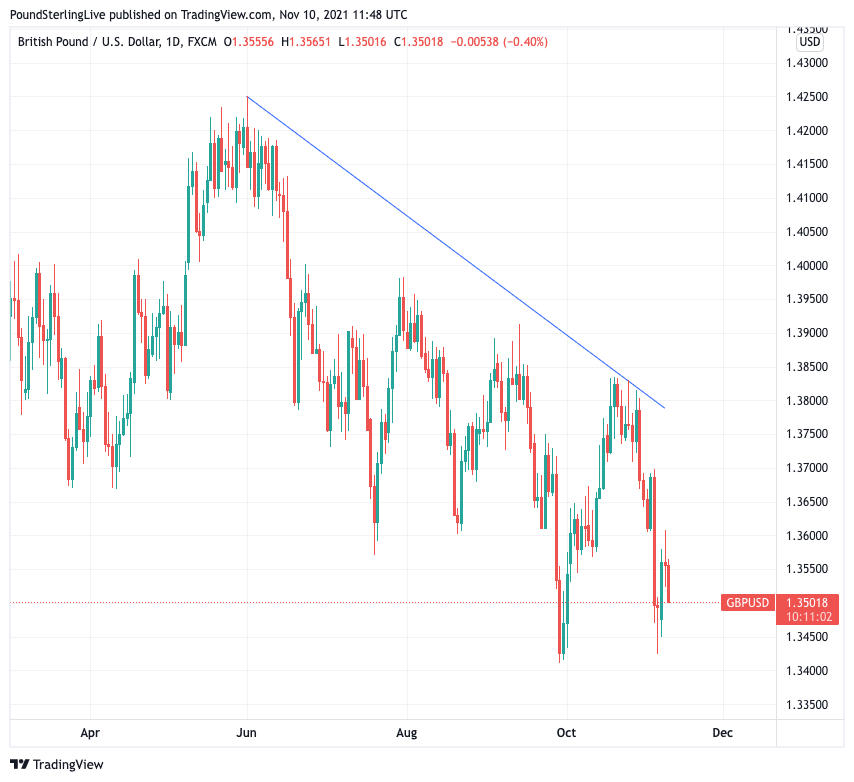 The findings concerning the cost of purchasing currency at Heathrow underlines the importance of searching out the best exchange rate deals ahead of travel, allowing consumers stronger purchasing power.

"Unfortunately, eager travellers who leave exchanging currency until the last minute at the airport are open to exploitation and extortionate rates at airport bureau de changes," says Ian Strafford-Taylor, CEO of FairFX.

"It’s easy for sorting your travel money to fall off the top of your pre-holiday to do list, but our investigations have found, yet again, that exchange rates on offer at major airports are well below market rate, showing travellers that it pays to sort your travel money in advance," he adds.

Strafford-Taylor says travellers have already lost out with the pound dipping against the dollar in recent weeks, leaving them with a smaller holiday budget to enjoy their return to the US.

"Exchanging money in advance or locking in rates on a prepaid travel card really is the only way for Brits to avoid extortionate airport rates and capitalise on the pound when it’s at its strongest," he says.

1. Track currency: Keep a close eye on currency movements to help you buy at the optimum time. Set up a currency tracker such as the FairFX rate alert which will notify you when rates are on the rise, so you can take advantage.

2. Lock-in rates: If you know you’re going to be travelling, make sure you plan ahead. Load a prepaid currency card ahead of time to lock in rates and protect yourself from any potential future exchange rate fluctuations. If you’re happy with the current rate on offer, buy your currency now to guarantee that rate for your holiday.

3. Buy wisely: Don’t leave changing your travel money until the last minute. Exchange rates at airports can be up to 30% more expensive meaning you could lose over nearly £150 of cash for every £500 you change.

4. Cards: Debit and credit cards are good backups but beware of ATM and transaction fees as well as what exchange rate you’ll be forced to use. Instead, use a specialist currency card or a card designed for overseas spending like a FairFX Currency Card which is free to use in shops and restaurants.

5. Always use local currency: If you have the option of paying – or withdrawing cash – in pounds rather than the local currency, always say no. This allows the other party to decide the exchange rate, a process known as Dynamic Currency Conversion, and it’s unlikely the rate they decide on will be in your favour. Investigations from FairFX found that unsuspecting holidaymakers collectively pay out £490m in currency conversion fees.