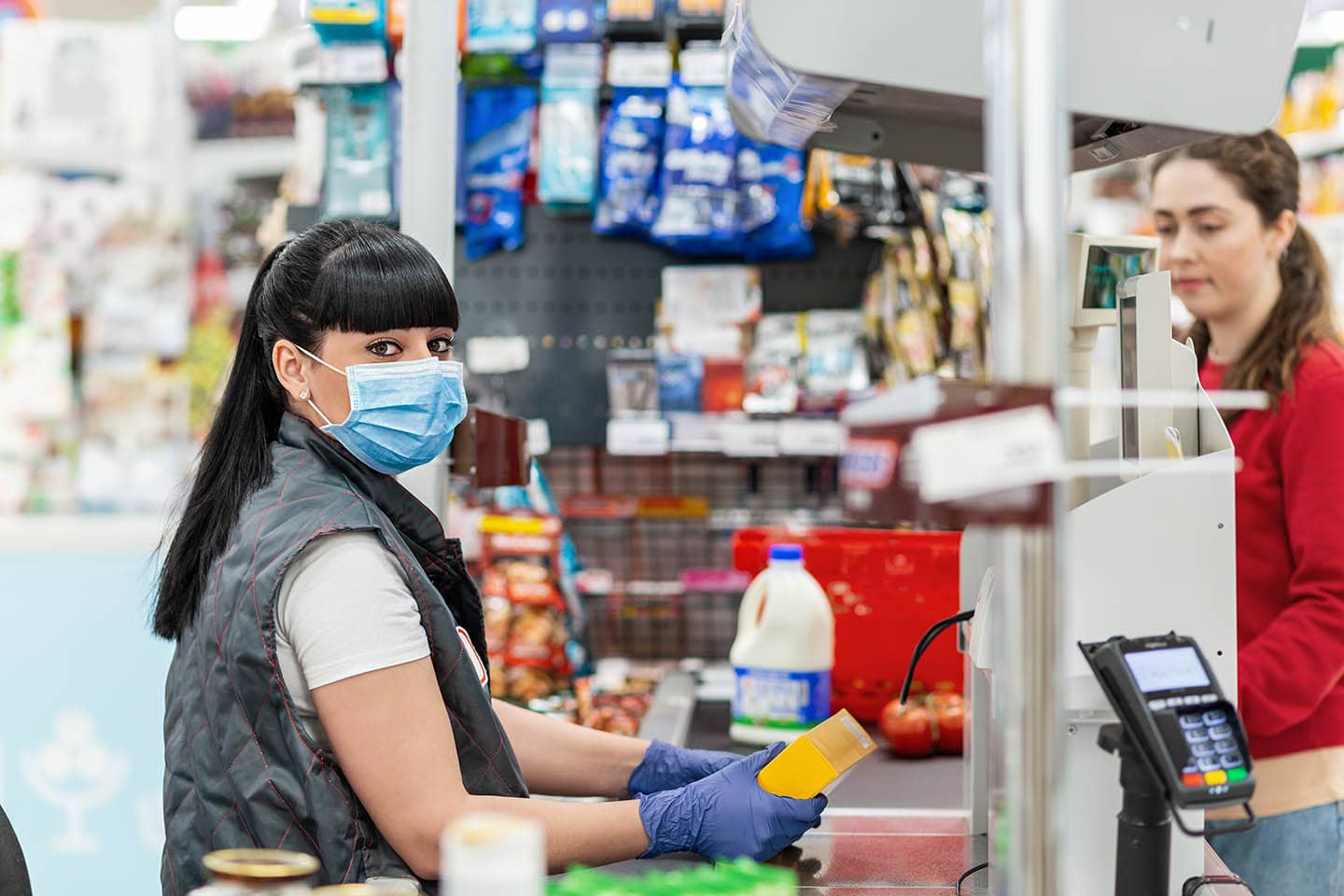 CPI inflation for March rose 0.6% on a month-on-month (MoM) comparison, ahead of forecasts for a reading of 0.5% and higher than February's reading of 0.4%.

"As inflation was only slightly hotter than expected, the dollar, which was rising ahead of the data, eased back down to levels it was trading prior to the publication of data," says Fawad Razaqzada, Market Analyst at ThinkMarkets. 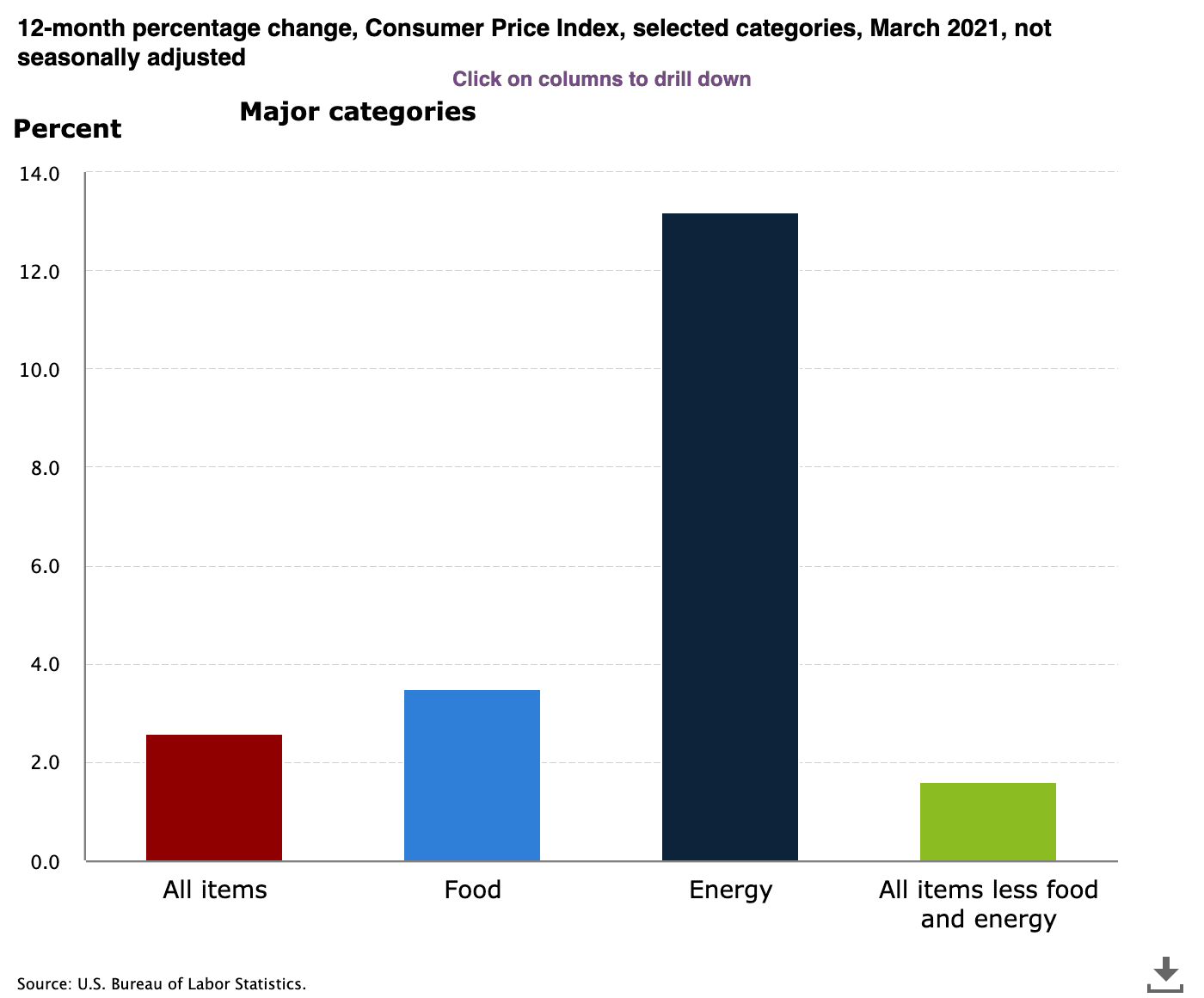 The annual increase in core inflation read at 1.6%, which is higher than the expected figure of 1.5% and the February figure of 1.3%.

"Core inflation is set to reach 2.5% temporarily in the coming months as base effects intensify, and demand surges upon re-openings amidst supply chain issues. It won't be until 2022 when an earlier closing of the output gap leads to core price pressures moderately above 2% on a more sustainable basis, however, allowing the Fed to hike rates as early as Q3 of 2022," says Judge.

Expectations had risen for a consensus-beating inflation read in the wake of the previous week's PPI inflation report, which showed price pressures were building up amongst U.S. manufacturers.

"Inflation heated up in the US in March as energy prices jumped, amplifying gains in some core components that had been held down by Covid-induced changes in behaviour, which were magnified by base effects relative to when the pandemic began a year ago," says Katherine Judge, an economist at CIBC Capital Markets.

Markets were looking for some of these building price pressures at factories to start showing up in the consumer-facing CPI inflation data, which could in turn elicit a policy response from the U.S. Federal Reserve.

Concerns of rising inflation over coming months and years have lead to a spike in the yield paid on U.S. treasury bonds through the course of the first quarter of 2021.

The rising yield also reflects an expectation by investors that inflation will push the Fed into raising interest rates sooner than had been assumed, which is said by analysts to be supportive of the U.S. Dollar outlook.

Following the inflation release, the Pound-to-Dollar exchange rate was seen 0.15% lower on the day at 1.3733.

"It looks like the market was actually relieved that inflation was not as hot as some had feared. But once the dust settles, we may see the dollar come back and yields rise as investors look ahead to the future path of inflation and what that might mean for the dollar," says Razaqzada.

Most economists expect U.S. inflation will rise over coming months, but it will take a beat on existing expectations for inflation to materially impact the Dollar it would seam.

The below chart chart - which comes courtesy of Pantheon Macroeconomics - shows that there's scope for substantial increases in the core CPI components hardest hit by Covid. 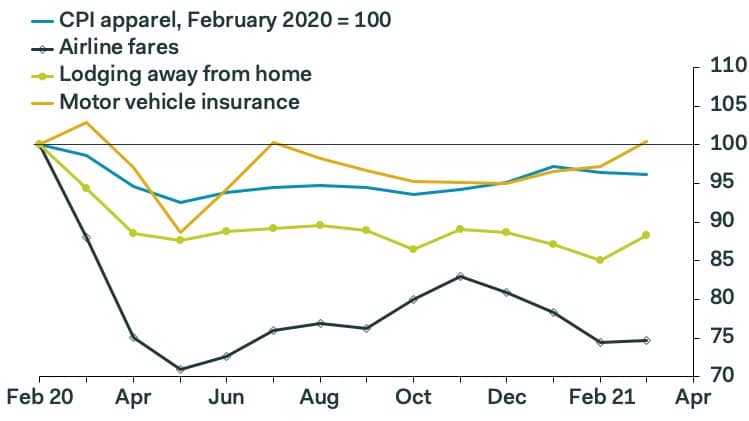 Economists agree that the Federal Reserve will look through a spike in inflation over coming months and will push back against the notion interest rates in the U.S. must rise.

"After years of undershooting, the Fed wants inflation above the target for a while. Officials will call the increase in inflation “transitory” and will push back hard against the idea that any sort of policy response is needed," says Ian Shepherdson, Chief Economist at Pantheon Macroeconomics.

But Shepherdson says if the increase in inflation persists, and - especially - if it is accompanied by faster wage growth, then the Fed’s line will become untenable.

"We continue to expect tapering by the end of this year and 50bp in hikes next year," says Shepherdson.