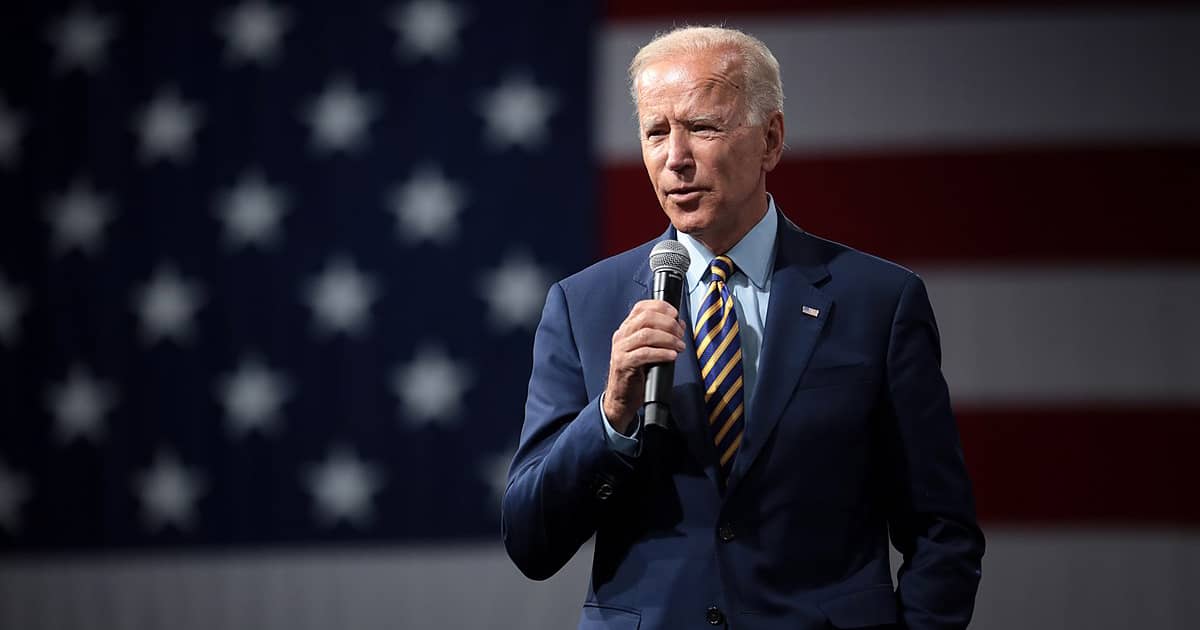 Biden is being widely tipped by the media to announce a $2TRN package which will include checks worth $1400 for each citizen, a development that will likely aid economic activity and shore up consumer confidence.

Markets have entered something of a holding pattern ahead of theannouncement, which does not yet appear to have a set schedule. Global stock markets are on balance firmer in anticipation, while exchange rates have are trending sideways following a period of renewed Dollar buying seen over recent days.

Analysts say the scale and scope of the proposals could trigger some volatility into stocks and other financial markets. 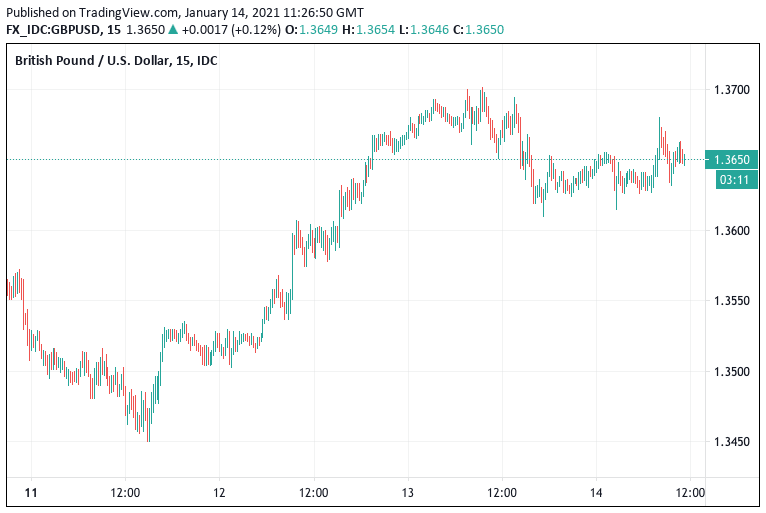 Above: GBP/USD price action this week.

According to one analyst we follow, the foreign exchange playbook on the fiscal support package has shifted of late: the larger and more generous the package announced, the more supportive it will be for the Dollar.

This is a flip from the assumption held by markets through much of 2020 that a strong fiscal support package is negative for the Dollar, as it boosts economic growth and stock markets.

But, a strong stimulus package from Biden also risks triggering inflation over coming months which in turn could prompt the U.S. Federal Reserve to raise interest rates sooner than the markets had been anticipating.

While higher rates at the Fed will help cool inflation, they also risk throttling the economic expansion.

Higher rates are also supportive of the Dollar as they could entice foreign investors to invest in U.S. money market assets, creating a demand for the currency.

"The bigger the proposal’s price tag, the better for equities and the US dollar," says Marios Hadjikyriacos, Investment Analyst at XM.com, adding:

"There has been a paradigm shift lately in dollar dynamics, where promises of astronomical spending now boost the reserve currency as the rosier outlook for growth overshadows deficit concerns. If all the spending supercharges the economy, the Fed could reign in its generous QE program sooner."

The Dollar has shown resilience over recent days as markets try to make sense of the shifting political-economic reality, with a rally in the Pound-to-Dollar exchange rate stalling as a result.

Attempts to breach this resistance by a more confident Sterling continue to be frustrated by stubborn Dollar buying.

The Euro-to-Dollar exchange rate has retraced more aggressively, falling from 1.2349 on January 06 back down to 1.2155 at the time of writing.

"G10 FX markets have settled into quiet ranges as markets await the incoming US administration's initial fiscal plans and comments from Powell today," says Marc McCormick, analyst at TD Securities. "We are keeping a close eye on the 1.2130 (+/-) area in EURUSD. A break below this could signal that the next phase of the USD correction could be underway."

Although members of the Federal Reserve's rate setting committee have in recent public appearances denied they are keen to start withdrawing support anytime soon, financial markets are reflecting a growing risk that support to the economy will be withdrawn at some point in 2021.

This is known as 'tapering'.