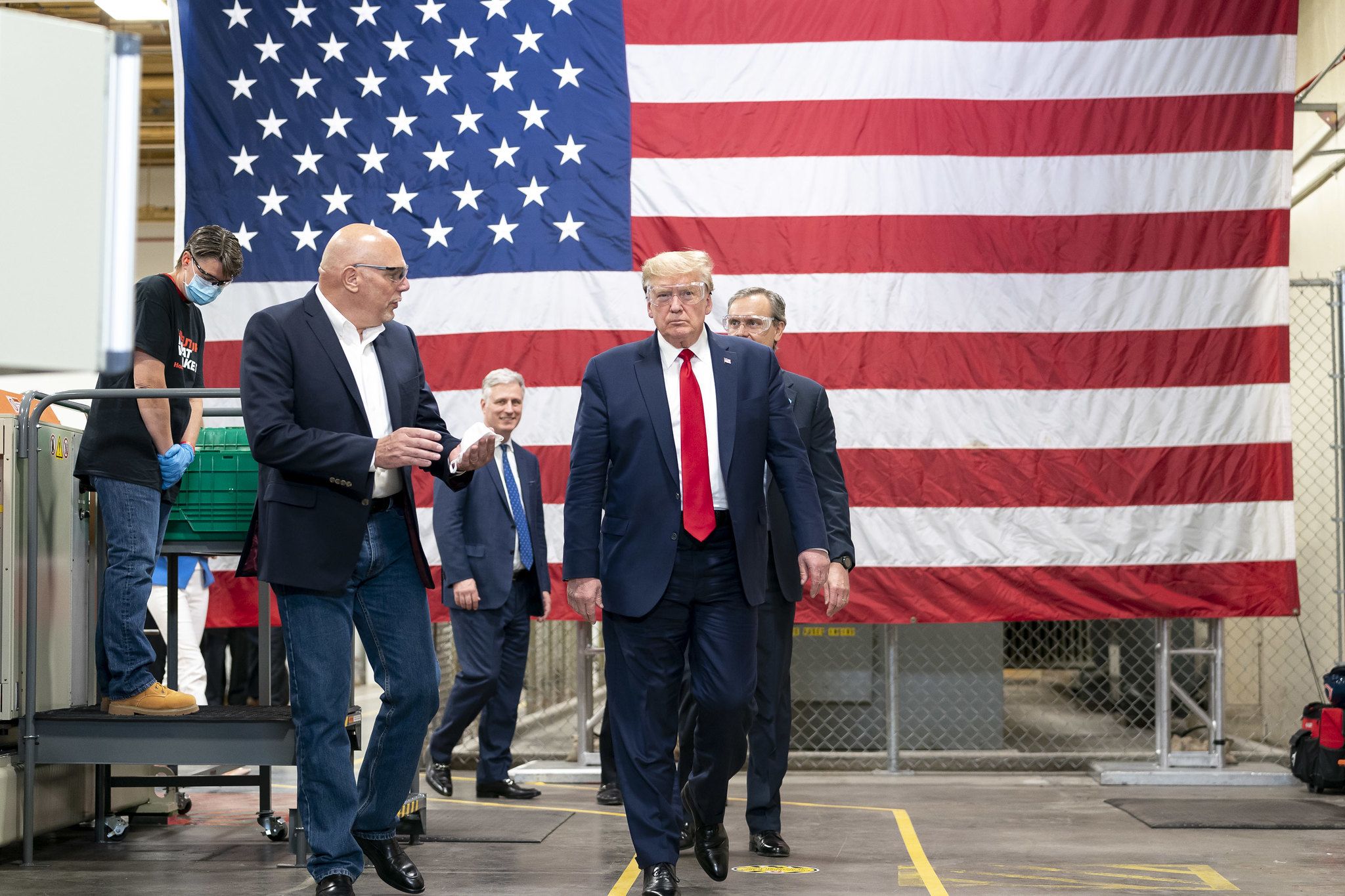 The U.S. Dollar was sent sharply higher on Thursday, May 14 amidst a broad-based market sell-off, rising tensions between China and the U.S. and comments by President Trump that he now supports a stronger Greenback.

The Dollar went higher amidst a broad-based sell-off in global stock markets that comes amidst fresh signs the Trump administration is seeking to increase the heat on China over the role it played in sparking the covid-19 crisis.

Fox News reports Trump as saying the U.S. could cut off its "whole relationship with China".

The report adds the administration is mulling avenues to possibly punish China, or seek financial compensation for what it sees as withholding information about the virus.

The prospect of rising tensions between the U.S. and China is weighing on investor sentiment which tends to be negative for stock markets but positive for 'risk off' currencies such as the Dollar, Yen and Franc.

Another driver of the strength in the Dollar is Trump's newfound belief that a strong Dollar "is great" for the country.

"President Trump endorsing a stronger U.S. dollar played a role in the U.K. pound sinking below a key floor for the first time in five weeks. Sterling frequently serves as a wingman to broader risk sentiment and stock movements," says Joe Manimbo, a foreign exchange analyst at Western Union. 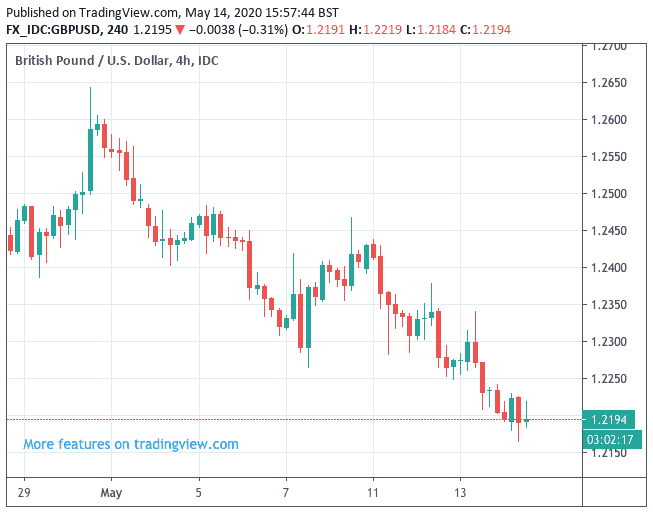 Those who have followed Trump's views on Dollar value will likely be surprised by this fresh take on the currency, as it amounts a complete about-turn on his previously held views that a strong Dollar was in fact a negative for the economy.

"His support should provide a powerful platform for an already rising dollar to gain further," says Jeremy Boulton, a Reuters market analyst.

Trump's initial opinion on the Dollar was that it was getting too strong and was hurting U.S. trade competitiveness, as a strong Dollar ultimately priced U.S. exports out of the international market place.

The President's view then evolved to believing the strong Dollar was hurting other parts of the world.

He also criticised Fed policy for allowing the Euro to "drop like crazy", adding that Euro's weakness disadvantaged America.

"There have been periods during his presidency where his views have inspired others to consider a dollar devaluation. From out of left field, the strong dollar is now great. Traders are short dollars or have pared bets on its rise. The news comes with EUR/USD poised at a critical tech level ... and traders sitting long," says Boulton.

The Dollar's rise has pushed the Euro-Dollar exchange rate back to a floor in the 1.07 region, and a look at the charts suggests there is solid support for the single-currency here: 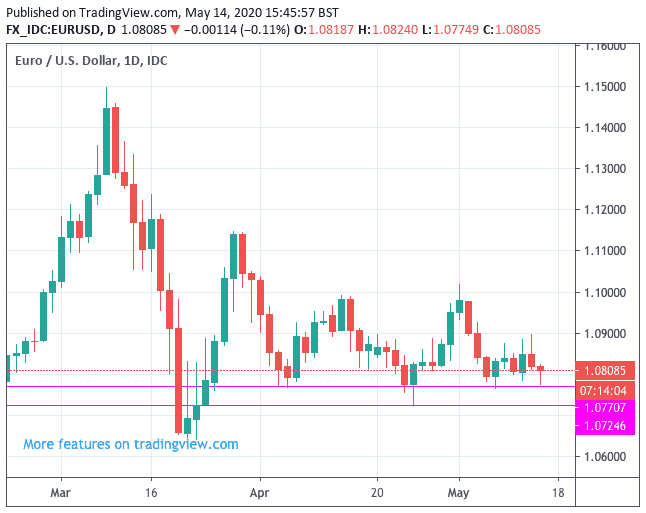 The confidence in this technical support region will likely inspire significant position taking that sees investors engage bets for a Euro recovery, on the view that there is a limited likelihood of a sustained fall below here.

However, should events force the Euro-Dollar down through the floor we could see the market's 'long' positions cleared out and the Euro rapidly decline and force the broader Dollar yet higher.

It looks as though a spike in tensions between China and the U.S. could be such a trigger that forces such a move.