The Dollar was 'left in the lurch' Friday by jobs figures that missed analyst expectations, prompting questions about the outlook for the U.S. economy and taking some of the shine off what's still the joint-highest yielding major currency.

U.S. non-farm payrolls rose by 145k in December, the Bureau of Labor Market Statistics said Friday, but markets were looking for around a 162k increase. What's more, the bumper 266k gain from November was revised lower to 256k, adding insult to injury for Dollar 'bulls'.

Average hourly earnings growth, a measure of pay increases that's closely watched by the Federal Reserve (Fed) and market, also disappointed. Pay packets grew by 0.1% last month when consensus was looking for a 0.3% gain, although November's number was revised up from 0.2% to 0.3%.

The unemployment rate held steady at a multi-decade low of 3.5% in December, in line with expectations.

"The disappointments shouldn't materially change tracking for Q4 GDP which we have at just below 2%, however, could add a slight bid to US fixed income markets today," says Katherine Judge, an economist at CIBC Capital Markets. 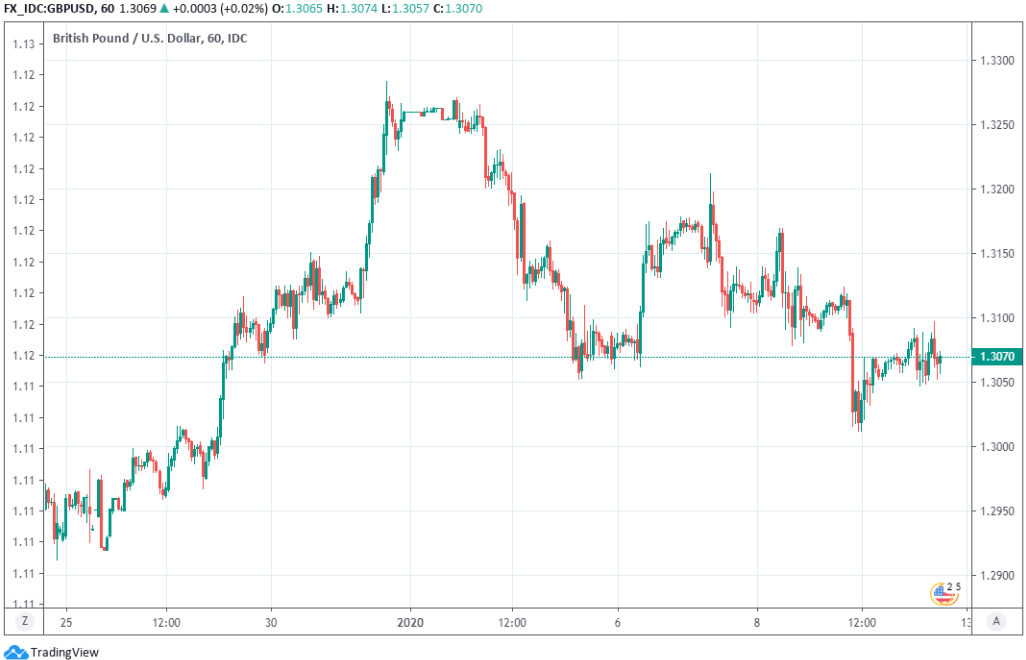 "With spot trading at around 1.30, we think GBPUSD is a "buy" on a 3-6M horizon, though we anticipate a resumption of downside risks in the second-half of the year, towards the end of the Brexit transition," says Stephen Gallo, European head of FX strategy at BMO Capital Markets. "The 1.35-1.37 range in the pair is achievable beforehand, in the event of a "positive fiscal shock."

The Dollar was lower against nearly half the major currency basket in the wake of the report when before it had traded higher against all other than the Aussie and Pound Sterling. The Pound was treading water against the greenback while the Dollar was itself down relative to all so-called risk currencies including the Aussie, New Zealand and Canadian Dollars.

"Yesterday’s NY close below the 1.3080s wasn’t a positive technical development for the market, but we think GBPUSD could erase this pattern rather easily with a weak US employment number," says Eric Bregar, head of FX strategy at Exchange Bank of Canada.

Markets care about the jobs data because falling unemployment and improving job creation are thought to put upward pressure on wages. Pay growth leads to increased demand in an economy and pressure on inflation, which normally pushes interest rates and the Dollar higher. But the opposite is also true when employment falls, pay growth dissipates and inflation declines.

"Jobs growth was weaker than predicted in December, with 2019 being the weakest year for job creation since 2011. Add in the much softer wage number and today's report reinforces our sense that 2020 will merely be a respectable, rather than spectacular year for consumer spending," says James Knightley, chief international economist at ING. "Today’s figure reinforces the message that with the Federal Reserve seemingly content with its current monetary policy stance, the prospect of any near-term interest rate moves appears remote." 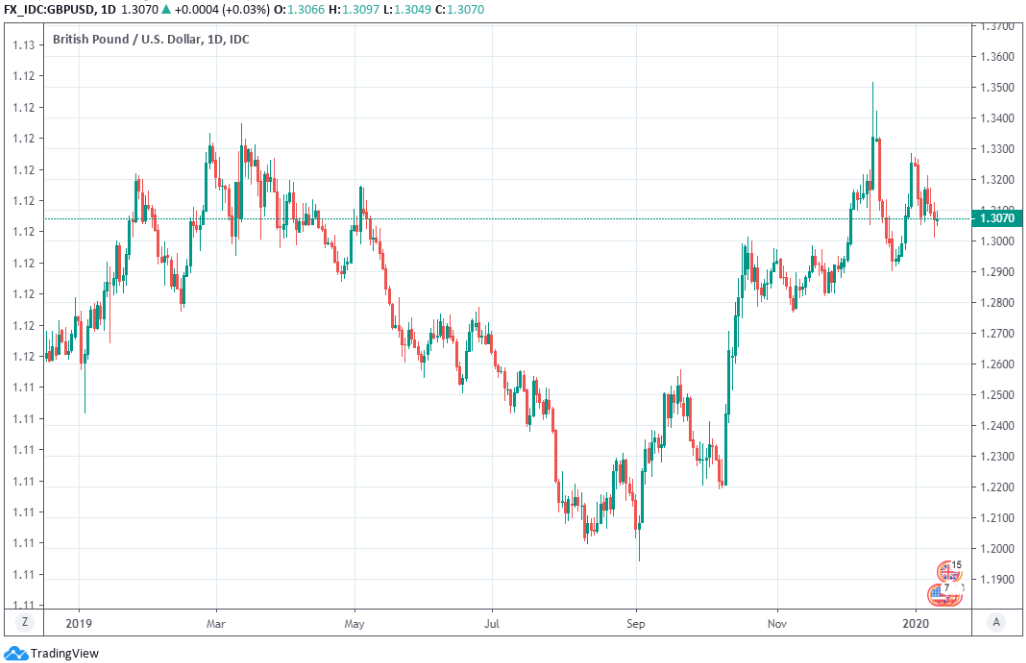 The Fed cut rates three times in 2019, taking its cash rate down to 1.75%, and markets have for a while now been looking to see the bank go further with its rate cuts this year. Consistent messaging from Fed Chairman Jerome Powell and other policymakers has recently seen expectations for rate cuts pared back but any further economic disappointments could easily change all of that.

Fed rate setter Richard Clarida said Thursday the bank will respond "materially" to any "material reassessment" of the economic outlook. This was after Chairman Powell said in December that so long as U.S. growth is “sustained”, the jobs market remains “strong” and inflation is “near the symmetric 2 percent objective" the current level of interest rates would "remain appropriate”.

The Fed's staple line is currently that it would take a “material reassessment of our outlook” to change the stance of the Federal Open Market Committee, which could mean the Dollar is set to remain supported by the joint highest interest rate among major currencies. The Canadian Dollar is the only major currency with an interest rate to rival that of the Fed, which explains in substantial part why the smaller Dollar was the best performing major unit in 2019.

Market pricing implied on Friday that investors see at least one 2020 rate cut as a certainty, which is an improvement on the two that were envisaged toward the end of last year although there's plenty of scope for the market-implied Fed Funds rate to fall further in the months ahead. And that could knock the Dollar off its perch as the best performer of the fledgling 2020 year. 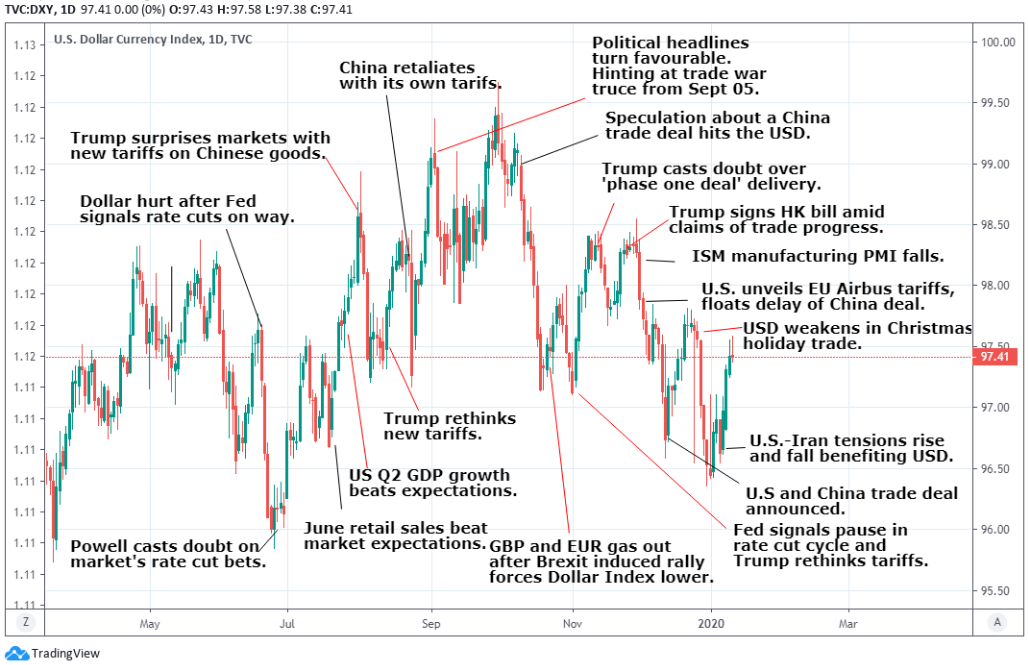