- GBP near resistance on charts but UBS and MUFG eye more gains.

- Both sides claim a Brexit deal is in sight, offering relief to the GBP.

- As the U.S. and China head toward agreement to suspend hostilities.

The Pound rose against the Dollar for a second consecutive session Friday after British and Irish Prime Ministers said they can see a path toward a long elusive Brexit deal, prompting Deutsche Bank to walk away from a bet against Sterling, which is also benefiting from hopes of a deal between the U.S. and China.

Pound Sterling was riding high for a second consecutive session Friday as optimism over the Brexit negotiations lifts the UK currency and as signs of at least a temporary truce in the trade war between the U.S. and China weigh on the Dollar. An anticipated agreement to suspend hostilities is stoking expectations of respite for the global economy from the tariff pressures that have done it so much damage in recent times. That's deflating the safe-haven Dollar and lifting other currencies.

"Risk assets got a breather following optimistic comments from President Trump on the progress of negotiations. Still, one should not get carried away given the division between the two sides," says Petr Krpata, a strategist at ING. "Should an agreement be reached, the next week could be very positive for EM FX. On the possibility of US-China currency deal, it would probably echo G20 FX language to avoid competitive devaluations but will compel China to be more transparent on FX intervention." 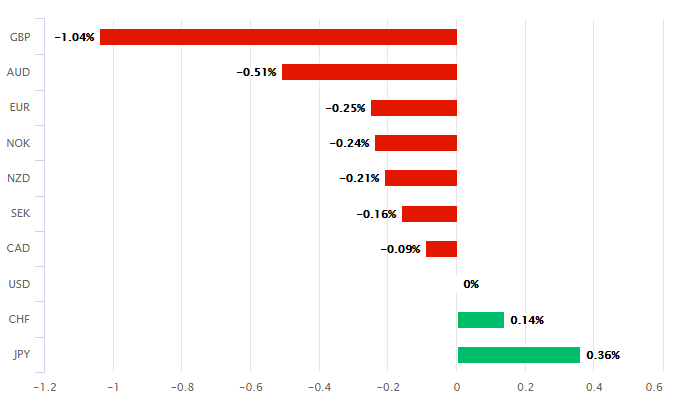 This is after Prime Minister Boris Johnson announced Thursday that a Brexit deal is possible, while stood beside Irish Prime Minister Leo Varadkar who was grinning like a Cheshire cat the time, which led the Pound to its largest one day gain since March. That rally continued on Friday as markets turned toward negotiations between London's Steven Barclay and Brussels' Michel Barnier, amid renewed hope that a deal can be reached before the October 17 EU summit and October 31 departure date.

"At no stage up until now has the Irish government raised expectations about a deal to such an extent. And should a deal be agreed, there is also a clear mechanism to secure ratification in parliament, namely the EU27 declining a further extension request. As a consequence, we close our short GBP/USD recommendation from the September Blueprint at a small profit and turn neutral on the pound," says Oliver Harvey, a strategist at Deutsche Bank.

Disagreement over how to honour the Good Friday Agreement while satisfying an EU demand that the 'integrity of the single market' not be threatened by a UK exit and also delivering the outcome of the June 2016 referendum has so far frustrated the UK's orderly departure from the bloc.

The open border on the island of Ireland that's required by the Good Friday Agreement would amount to a backdoor into both the EU and UK single markets in the absence of matching regulatory regimes, although some in the 'leave' camp insist that such threats can be addressed with technology and adapted versions of systems that are already in place. But the EU has rejected all of the proposals put to it so far and the clock is ticking down to the October 17 EU Council summit and October 31 expiry of the current Article 50 extension. 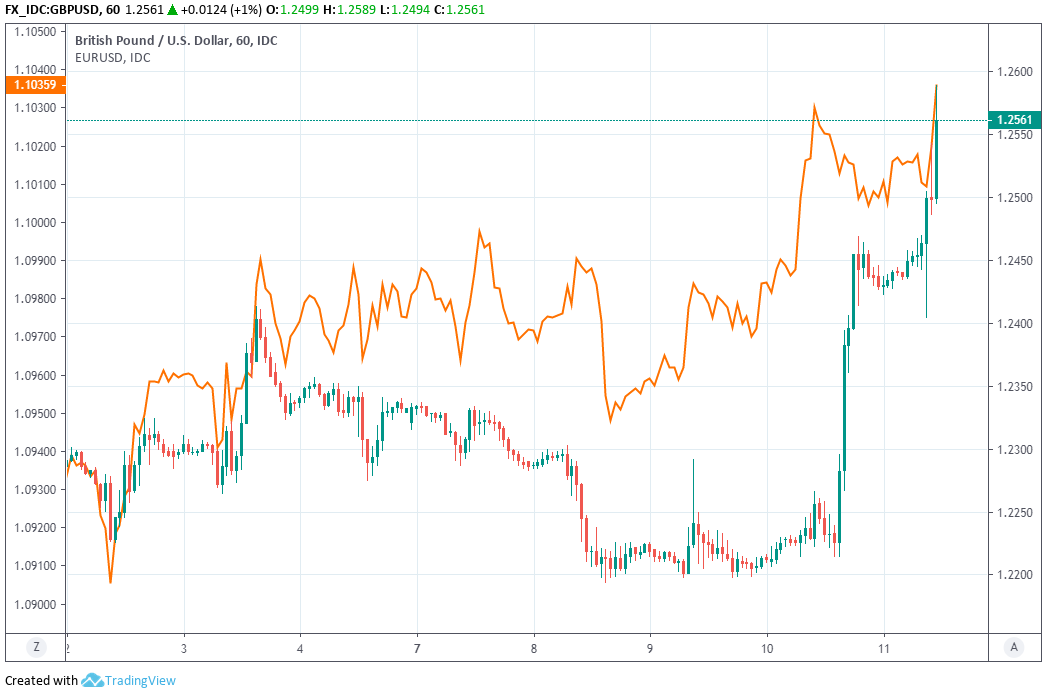 "The entire Brexit situation is like a boat adrift at sea - without a rudder - and anyone who says they know exactly how things are going to play out is either a liar or a fool," says Stephen Gallo, European head of FX strategy at BMO Capital Markets. "Brussels may yield and accept the new terms for the backstop proposed by the UK government; or it may not. We simply do not know the answer to this, and we have ceased publishing Brexit probabilities altogether."

Analysts have long said a 'no deal' Brexit could push the Pound-to-Dollar rate down substantially, with many tipping the 1.10 level, although some forecasters are looking for a low of 1.15  while others have warned of a fall as far as 1.05. Deutsche Bank had been betting against the Pound-to -Dollar rate ever since mid September in anticipation that fears over a 'no deal' Brexit would push it lower heading into the end of October, although it's now exited the wager.

Gallo says the exchange rate will likely hit 1.20 in the near future, although he forecasts it at 1.16 by year-end and has been for a while now, pessimistic in his outlook for the British currency. Others are more optimistic, eyeing a perceived chance for a deal to facilitate an orderly EU departure either this month or in the near future. Some are even hopeful that success in the negotiations might reduce the risk of a Labour Party government coming to power in an election that many now say is inevitable.

"If the green-light is given to commencing ‘into the tunnel’ deeper negotiations, expect another notable jump for the pound," says Lee Hardman, a currency analyst at MUFG. "It is also worth noting that if parliament rejects a possible deal, Boris Johnson will have a very clear plan agreed with the EU to put into an election manifesto - a prospect that might spook the Labour Party. Our 60% probability of no-deal could soon look too high." 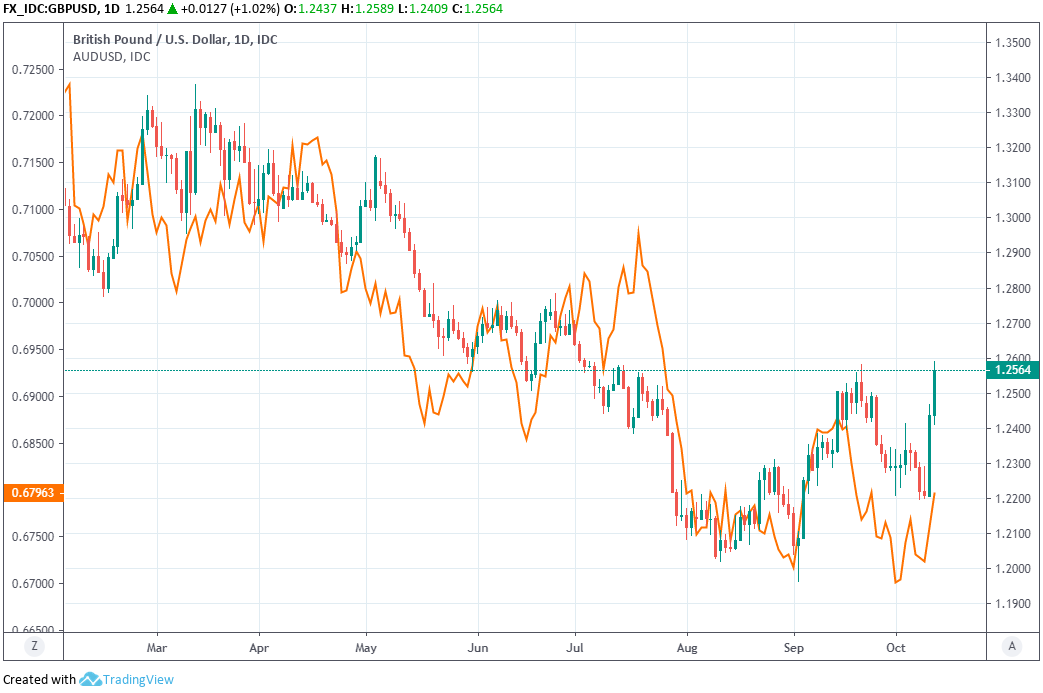 MUFG has estimated the probability of a 'no deal' Brexit is something like 60% and on that basis has tipped the Pound-Dollar rate for a fall to 1.1760 before year-end, followed by a further decline to 1.1040 in the first quarter of next year. But those forecasts could well be changed over the coming days. The bank also says progress in the U.S.-China talks will weigh further on the Dollar.

"Depending on the outcome of the US-China trade negotiations on Thursday and Friday this week, EURUSD could also be buffeted by political factors. We expect EURUSD to stabilize around 1.09 at the end of this year," says Daniel Trum, a strategist at UBS Global Wealth Management. "GBPUSD: Next week should mark the final push to strike a deal before the October EU council meeting. If the talks fail, which seems probable, the UK will likely ask the EU to extend the current Brexit deadline to 31 January. In our view, sterling should strengthen once markets can completely price out the October no-deal risk."

The U.S.-China trade war has arguably done more damage to the Eurozone than either of its two protagonists and the resulting uncertainty about the global economic outlook has weighed more heavily on commodity currencies like the Aussie and New Zealand Dollars than it has the greenback or Renminbi. That's why all of those currencies are benefiting more from speculation about a deal being announced Friday when talks between U.S. and Chinese negotiators are concluded in Washington.

China has been negotiating under a barrage of new hostile sanctions after the White House blacklisted some companies this week and issued visa bans to some officials in response to allegations of human rights abuses in Xingjiang. Only an agreement that satisfies President Donald Trump will be enough to avert two tariff increases planned for October 15 and December 15, which will otherwise see all of China's U.S.-bound exports subjected to punitive duties.

"It is possible that the leaders will announce a (partial) deal and/or concrete next steps in talks. However, it is also possible that the Chinese delegation will leave without any agreement. According to news reports, China is looking to defer discussion of the most difficult issues-intellectual property theft and industrial policy. This takes off the table the most important US demands. It remains to be seen whether China will change its stance, or the US will accept a deal without any Chinese concessions," says Ethan Harris, an economist at Bank of America. 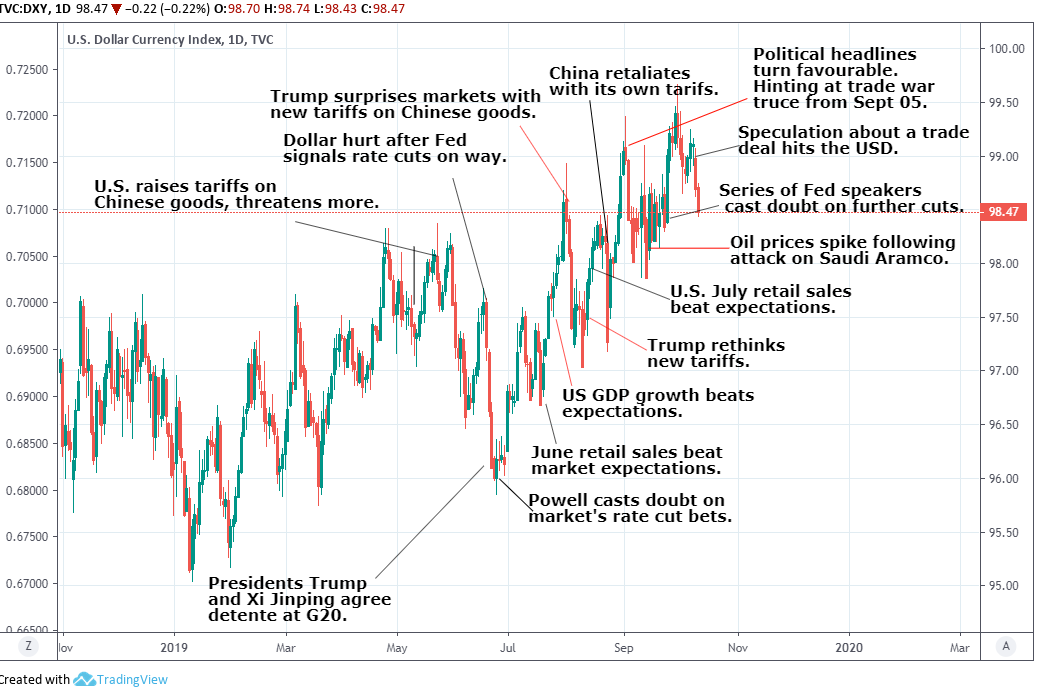