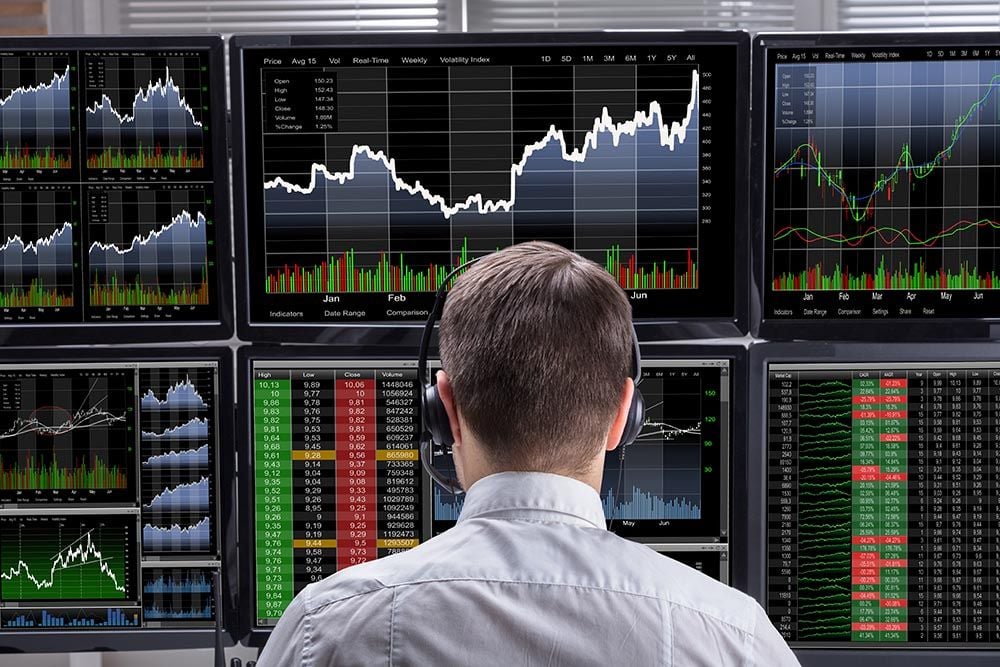 - Trump’s attempts to bring down Dollar also a factor

The U.S. Dollar will weaken over time, says a leading currency strategist, citing a difference between interest rates in the U.S. and other countries.

Shahab Jalinoos, a strategist with Credit Suisse, sees a weaker Dollar as the 'spread' between U.S. and global interest rates narrows in part thanks to President Donald Trump's ongoing attempts at engineering a weaker Dollar.

The U.S. currently has a higher base interest rate of 2.5% compared to most other developed countries, this compares to the UK which has a base lending rate of 0.5%, and the Eurozone's 0.0%.

“The U.S. still enjoys a rate differential advantage over some key currencies like the Euro and the Yen. The problem though, of course, is that now you have opened up the possibility in the market’s mind of a much lower rate in the future,” says Jalinoos in an interview with Bloomberg. “Of course, those interest rates differentials will narrow over time, that is the market's expectation.” 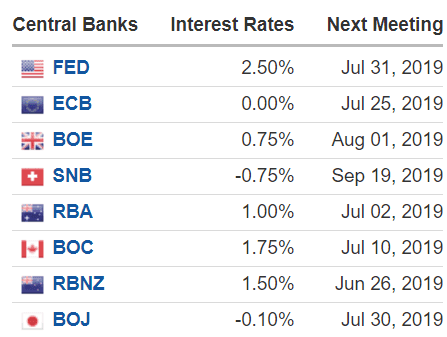 These rates have a major impact on the exchange rate between the different countries currencies as the currencies of jurisdictions with a higher interest rate benefit disproportionately because of higher net foreign capital inflows, due to investor preferring to park their capital where it can earn the most interest.

The current situation gives the Dollar an advantage but it is unlikely to last says Jalinoos. The market is expecting U.S. interest rates to fall as the U.S. economy cools, and this will probably close the gap with the rest.

This, taken together with the U.S. Presidents desire for a weaker Dollar, are the factors which are expected to lead to a weaker U.S. Dollar.

There are several ways in which Trump could manipulate the Dollar lower. He could use direct intervention via the U.S. Treasury selling Dollars, he could try to influence the Federal Reserve to set lower interest rates, and he can continue trying to influence the market via talking and ‘tweeting’ down the currency.

Trump is already using the second and third methods. He has chosen two dovish candidate replacements for the outgoing members of the Fed - dovish meaning in favour of lower interest rates.

He also talks down the Dollar, accusing other countries of using manipulation and then threatening to use direct intervention himself to manipulate the Dollar lower.

This happened in a recent tweet, where he wrote, “China and Europe playing big currency manipulation game and pumping money into their system in order to compete with the USA. We should MATCH, or continue being the dummies who sit back and politely watch as other countries continue to play their games - as they have for many years!”

The combination of these two main factors have led credit Suisse to adopt a ‘sell Dollar rallies’ strategy - which means the wait for the Dollar to recover and then sell it, as shown in the chart below of the Dollar Index, a trade-weighted gauge of the Dollar’s value. 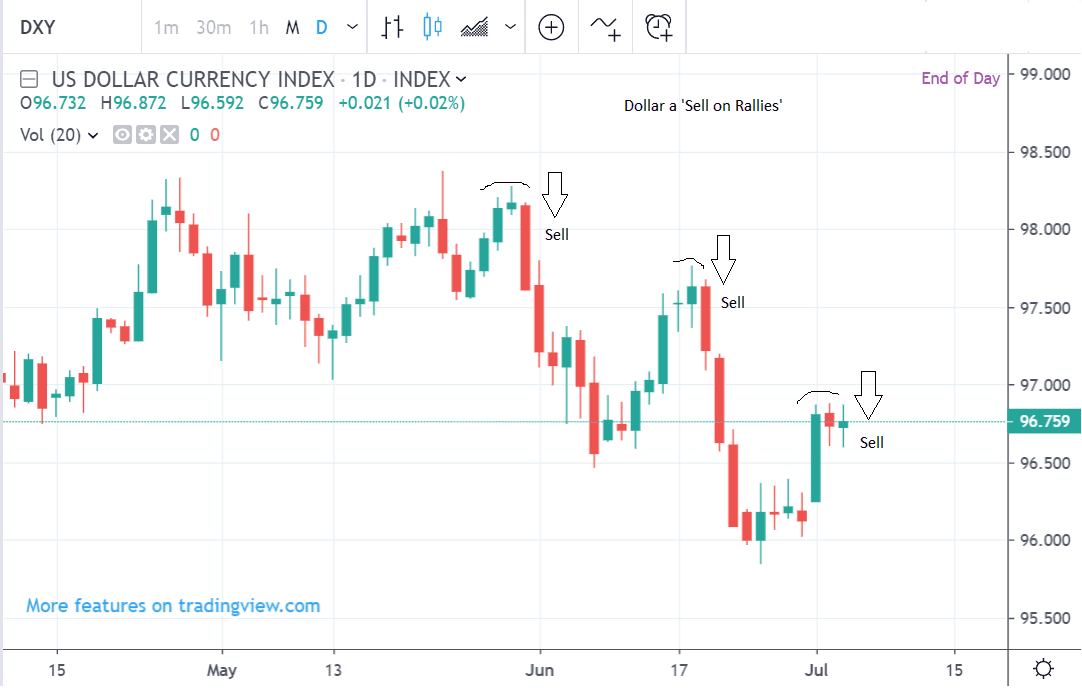 “So if you take that together with the strong political news that seems to be coming through, in terms of President Trump’s constant barrage of comment on how the Dollar is too strong, how other countries are manipulating their currencies to be too weak - when you put these two things together, a ‘sell rallies’ phenomenon starts to develop, for the Dollar, and that is what we would expect to happen over the next few months,” says Jalinoos.