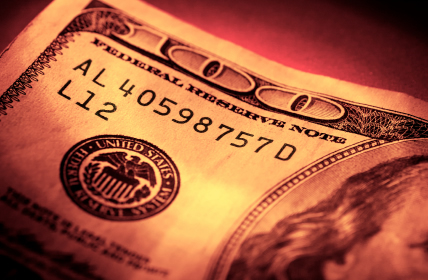 Forecasts continue to favour the British pound (GBP) as investors continue to flood their money into the UK as the US dollar complex is weighed down by selling on the USD/JPY cross.

However, today US dollar exchange rates may experience some relief if the market finally begins to understand that tightening of policy in the UK is not happening soon.

The morning session in London is however seeing some success for the USD.

Note: Our USD quotes are taken from the wholesale spot markets. Your bank will charge a spread at their discretion when passing on a retail rate. However, an independent FX provider is so well placed on the market that they are able to deliver you up to 5% more currency. Please learn more here.

What is driving the US dollar exchange rate at present?

The USD was weaker across the board yesterday, with rate spreads broadly moving against the USD. USD/JPY was also weighed by declines in equities, particularly in Japan.

This weakness will likely help keep the broader USD complex under pressure.

The US dollar slid from its weekly high at 104.83 down to 102.96 and declined more than 180 pips against the Japanese yen (JPY). The pair dropped down to its three week low ahead of next week’s FOMC meeting. Data from US are disappointing, pointing to a slower economy than anticipated.

"We could see a slight USD recovery going into the weekend, ahead of next week’s key FOMC meeting, where the market is expecting another $10bn of tapering to be announced," says Sasha Nugent at Caxton FX.

With regards to the pound dollar exchange rate forecast (GBP/USD), impetus remains with the British pound at present according to the majority of forecasters we follow.

Today, the BoE Governor Carney speech at mid-day will attract some interest.

"However, we expect his comments to be broadly in line with the recent rhetoric from the MPC. He will likely reiterate that there is ‘no immediate need to raise Bank Rate even if the 7% unemployment threshold were to be reached’ and that when the Bank did raise rates it would only be done gradually, as seen in the latest MPC minutes and reiterated in both BoE McCafferty and Fisher’s speeches this week," say Lloyds Bank Research.

"It seems sterling will remain in control despite speculation surrounding the Fed’s tapering plan. We maintain our view that these levels cannot be sustained and therefore expect some sterling weakness on the back of governor Carney’s speech," says Sasha Nugent at Caxton FX.

OCBC Bank are a little more optimistic saying, "the GBP remains somewhat of a standout amongst the majors in terms of its out performance. The tug of war between market expectations and the data stream on the one hand and the BOE’s forward guidance (note an attempt by the BOE’s Fisher to downplay overt market expectations of a more hawkish policy stance) on the other hand continues to ensue. Expect a firmer trading range if the pair can persist above 1.6600 multi-session."

"The sharp recovery yesterday does not confirm any reversal pattern and as MACD is below its zero line, there’s scope for resumption of downtrend
to support at 1.3508 and then 1.3400. Resistance should hold at 1.3700" say UBS.

"Today, the ECB announcement of 3Y LTRO repayments may attract some interest. The last two repayments were small, however if we see a larger repayment this could prompt EONIA to fix higher, and put some pressure on EUR/USD. Relative 2y forward points suggest this move in EUR/USD is extended and points to a move back below 1.36."

Analyst Emmanuel Ng at OCBC Bank says the euro dollar exchange rate should stabilise, following the price action yesterday, the near term outlook
for the pair may be turning slightly neutral if the 1.3700 ceiling is breached. Meanwhile, downside support is expected towards the 55-day MA (1.3626)
and markets may continue to fade upside moves in the EUR-USD ahead of the FOMC next week. "

Regarding the dollar to yen exchange rate, Ng says, "Soggy US yields and investor jitters pulled the USD-JPY to the 103.00 late Thu/early Fri and we are increasingly negative on the pair. Immediate support is seen at the 55-day MA (103.05) and if this is violated on a sustained basis, expect further downside potential towards 102.00. In the interim, global risk appetite levels and the concomitant behaviour in the JPY-crosses may remain good barometers for the pair."