- NZD rises on global factors, and after Q4 GDP data.

The New Zealand Dollar received a boost from international developments on Thursday and after official data showed the economy growing faster than many domestic banks had anticipated, although the market is still betting the Reserve Bank of New Zealand (RBNZ) will cut its interest rate later this year.

Growth was led by the services sector, which saw output rise by 0.9%, with gains well spread out across the various sub-sectors including construction, retail trade, transport and real estate services segments.

Thursday's data comes after a torrid few quarters for the Kiwi Dollar and a dire second-half of 2018. Third quarter growth was its weakest for four years and unemployment rose by nearly 9% during the final quarter of 2018.

Above: Contributions to New Zealand GDP growth in final quarter of 2018.

"Today’s print was below the RBNZ’s February MPS forecast for growth of 0.8% q/q, pushing their outlook for an acceleration in annual growth to 3.1% this year a little further into ‘optimistic’ territory," says Sharon Zollner, chief market economist at Australia & New Zealand Banking Group (ANZ). "We believe growth around these levels is the new – slower – norm."pou

The RBNZ warned several times in 2018 that it could cut rates if growth didn't pick up in the second half of the year only since then, the economy has lost even more momentum and analysts as well as the market are now betting heavily that the bank will be forced to cut interest rates.

RBNZ Governor Andrew Orr needs faster economic growth in order to lift the consumer price index back above the midpoint of the 1%-to-3% target, as it's been below that level for a number of years now.

But financial markets and pundits are convinced that the current global economic cycle is breathing its last breaths and that a downturn is not far off. Most developed world central banks have now backed away from earlier plans to lift their interest rates, as a result of that consensus.

"We don’t foresee the RBNZ significantly shifting its tone until it becomes unambiguously clear that capacity pressures are waning, and therefore will prove insufficient to sustain core inflation near the target midpoint over the medium term," Zollner adds. "We expect the next move in the OCR will be a cut and have pencilled the first in for November, with two follow up cuts taking it to 1% by late 2020. 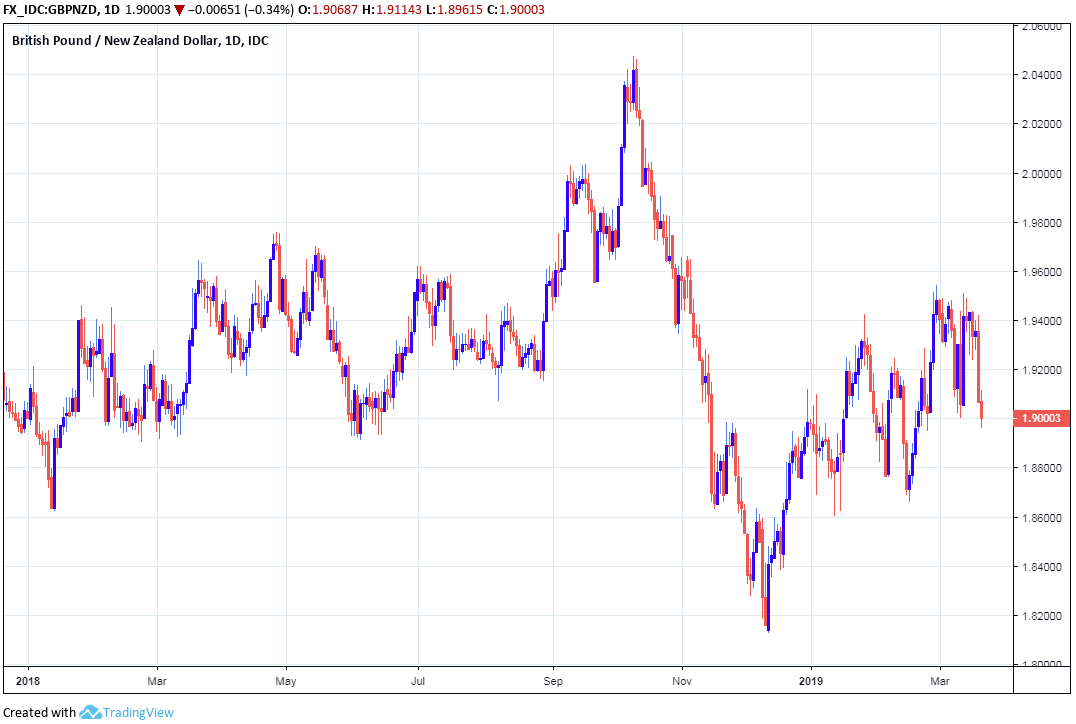 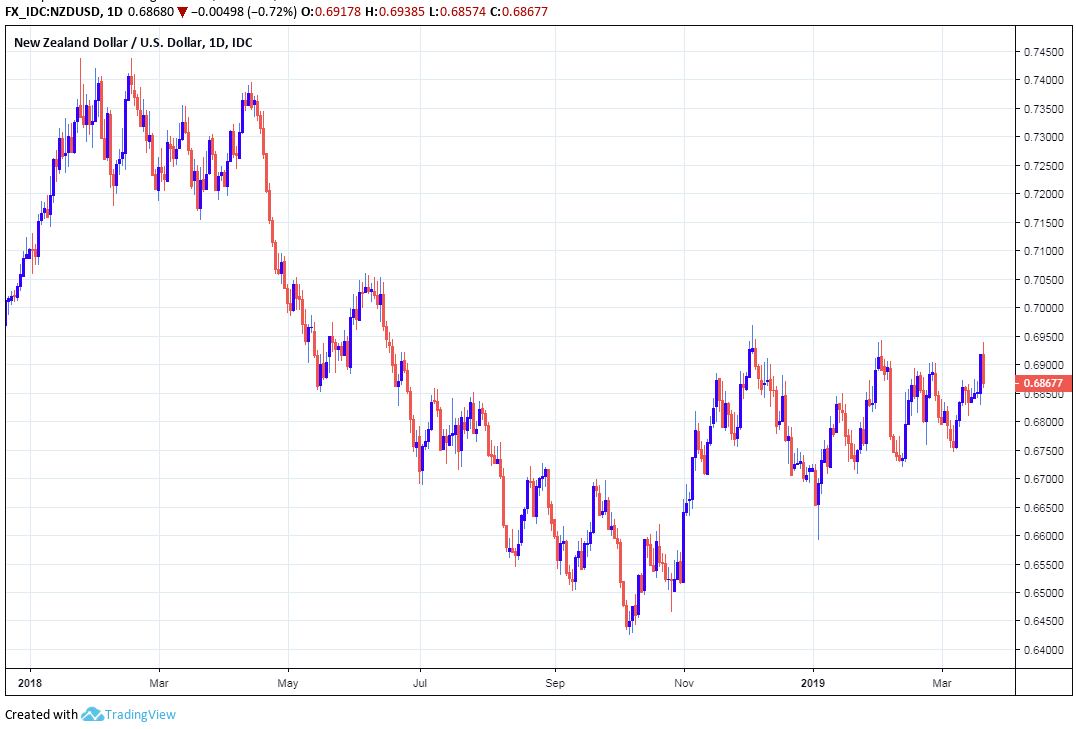 New Zealand's Dollar is close to eclipsing the Pound as the best performing G10 currency of 2019, although analysts at at Commonwealth Bank of Australia say its strength may not last for very long because the markets remains convinced the RBNZ will cut its cash rate before long.

"We continue to expect the RBNZ to leave the OCR at 1.75% over 2019 and 2020. Q4 GDP growth was weaker than the RBNZ 0.8% projection. Furthermore, with early confidence survey remaining subdued in Q1 2019, our ASB colleagues are seeing emerging downside risks to GDP growth for 2019," says Elias Haddad, a strategist at CBA. "New Zealand interest rate expectations will continue to imply the risk of RBNZ cuts which is a headwind for NZD."

The RBNZ has held its interest rate at a record low of 1.75% ever since November 2016 as a result of those subpar inflation and growth pressures. The overnight-index-swap market-implied cash rate for November 13, which is the RBNZ's final meeting of 2019, was just 1.57% Thursday and implies a high probability of a rate cut coming before year-end.

Interest rate decisions are normally only made in response to movements in inflation but impact currencies because of the push and pull influence they exert over international capital flows and speculators.

It is the relative interest rate equation, in other words rates on offer in country compared to those offered in another, that dictates the direction in which Investors vote with their wallets.

One potential saving grace for the Kiwi over the coming quarters could be Wednesday's decision by the Federal Reserve (Fed) to tell markets that it no longer intends to raise its own interest rate in 2019. That decision also boosted the Kiwi overnight.

The Fed hiked rates four times last year, taking the U.S. benchmark borrowing cost up to 2.5%, which is 0.75% above New Zealand's rate. That weighed on the Kiwi throughout the previous year but financial markets are now betting the Fed could be cutting rates before the end of next year.

This could help spare the Kiwi from losses that might otherwise have been more severe in the event of an RBNZ rate cut being delivered later in 2019.