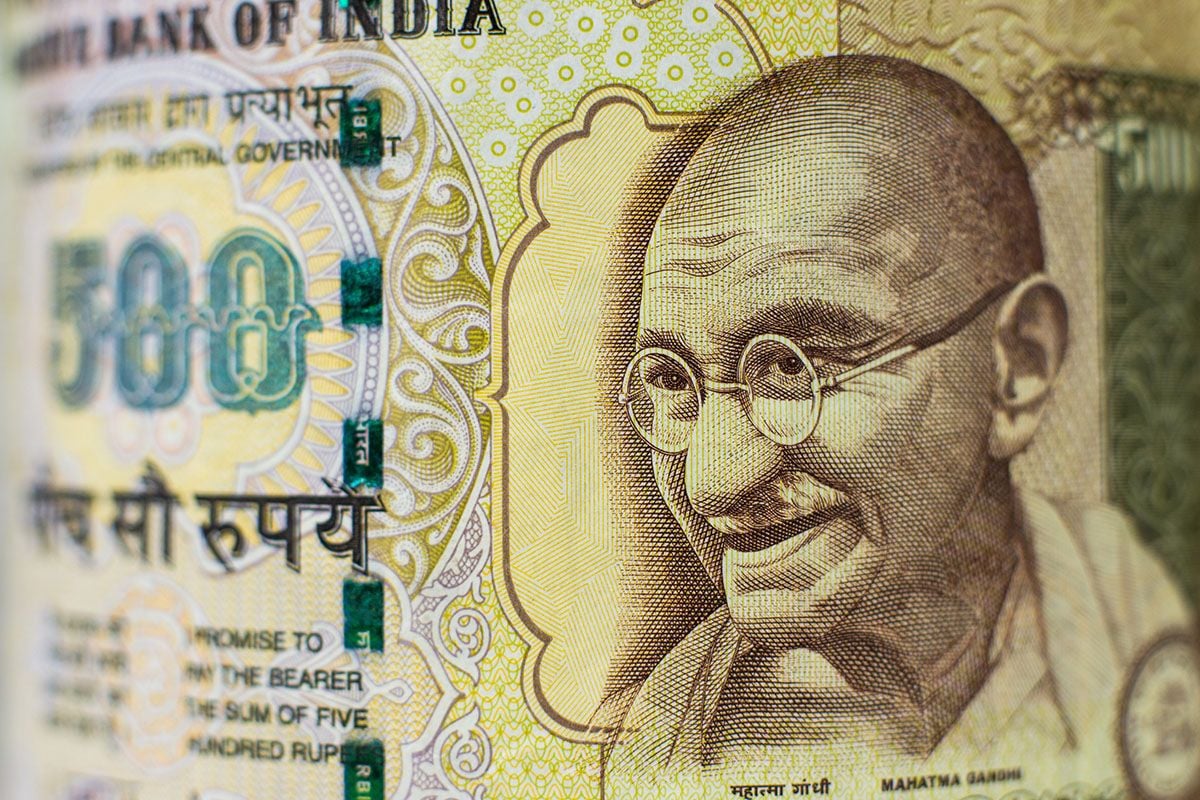 - INR rises on news of tax cut and stimulus

The Indian Rupee traded higher against major counterparts on Friday after the Indian government announced a tax cut for businesses, as part of a fiscal stimulus package to spur growth in the Indian economy which has seen a slowdown in growth over recent months.

The tax cut brings the headline corporation tax rate down from 30% to 22% exclusive of cess and surcharges, with an effective tax rate of 25.17%.

New manufacturing companies will only have to pay an even lower corporation tax rate of 15% compared to 25% before.

“The tax rate cuts may encourage businesses to invest more at a time economic growth rate has slowed down to a six-year low of 5% in the June quarter,” says Gireesh Chandra Prasad, a reporter for Livemint.

It is one of several measures brought in to help boost growth in the Indian economy.

The other is an effort to consolidate and modernise the Indian banking system by the development of so-called ‘NextGen’ banks “through the merger of 10 public sector banks into 4 banks in an aim to enhance capacity to increase credit, strengthen national presence & global outreach, and to create operational efficiency gains to reduce cost of lending,” says Barnabas Gan, an economist for UOB Bank.

Other measures to drive growth include tax breaks for startups, cheaper home and car loans and an injection of INR700 billion into state-run banks that was announced in August 2019. 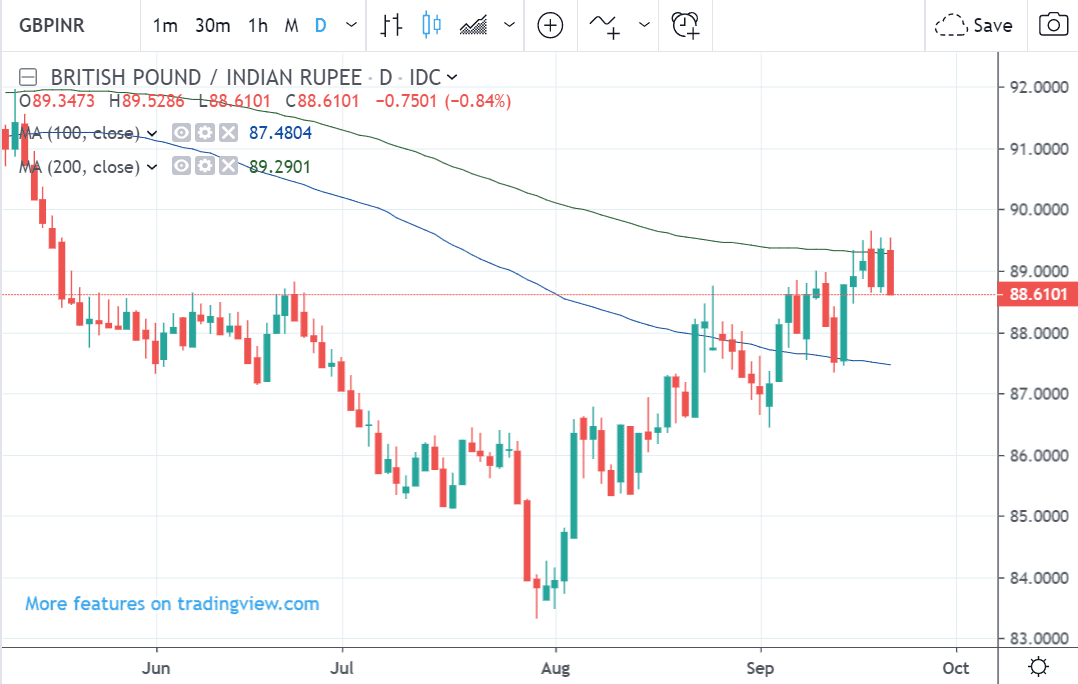 The fiscal stimulus from the tax cuts has appreciated the Rupee by creating improved conditions for achieving higher growth and inflation.

The corporation tax cut immediately makes Indian companies more attractive to foreign investors looking for somewhere to invest their capital. This, in turn, creates more demand for the currency.

Yet not all analysts think the corporation tax cuts will have the desired effect on the Indian economy, suggesting gains for the Rupee may be short-lived and possibly even reverse if the economy continues to slow down.

“The direct impact of today’s move on propping up growth remains uncertain. It is important to bear in mind that India’s growth problems reflect a combination of weak demand and a constrained financial sector. We would accordingly, have favoured an expenditure-based stimulus that directly augments demand,” says a note from economists at ANZ Bank on the policy move.

Nor does ANZ think the tax cuts will prevent the Reserve Bank of India (RBI) from making further interest rate cuts - a move which would be detrimental to the Rupee.

“Against this backdrop as well as the possibility of lower inflation should corporates pass on the tax benefits to consumers, we see little impact of today’s action on monetary policy, and continue to expect the RBI to cut the policy repo rate by 40bps on 4 October,” says ANZ.

India’s economic growth problems are becoming more entrenched. The economy has declined after peaking with a growth rate of over 10% in 2015-16. This is double the 5.0% growth recorded in the first quarter of the current fiscal year and the same as growth levels back in 2013. 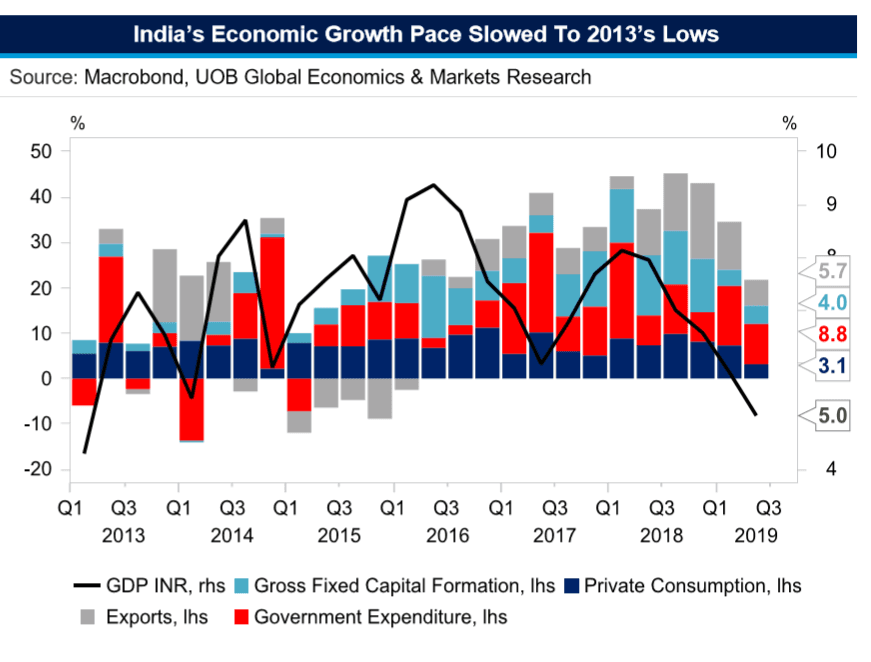 The main sectors of the economy hit by the slowdown are farming and automotive industries.

Lower food prices have hit farmers, reducing their incomes, and a dramatic 31% drop in car purchases in July (the 9th straight month of declines) reflects the headwinds faced by the automotive sector.

“The downturn has also triggered a loss of 330 thousand jobs through the closing of car dealerships and cutbacks at component manufacturers, according to data by the Society of Indian Automotive Manufacturers (SIAM). Elsewhere, the Agriculture, Forestry and Fishing sector slowed to 2.0% in Q1 2019/20, down from 5.1% in the same period last year,” says UOB's Gan.

Analysts at UOB are also sceptical about whether the stimulus measures in aggregate will be able to support the economy beyond the medium-term.

“While we take comfort from the rate cuts (-110bps (-1.1%) since the start of 2019), as well as the above-mentioned government’s targeted measures to lift growth, we note that these measures will most likely provide the needed growth lift only in the medium term,” says Gan.

The economist also expects further interest rate cuts from the RBI as the central bank attempts to support the economy going further.

Although there appears to be a difference in the extent of the cuts envisaged - varying from 40 to 25 bps - both ANZ and OUB are unanimous in expecting cuts of some kind, which suggest further vulnerabilities for the Rupee going forward.