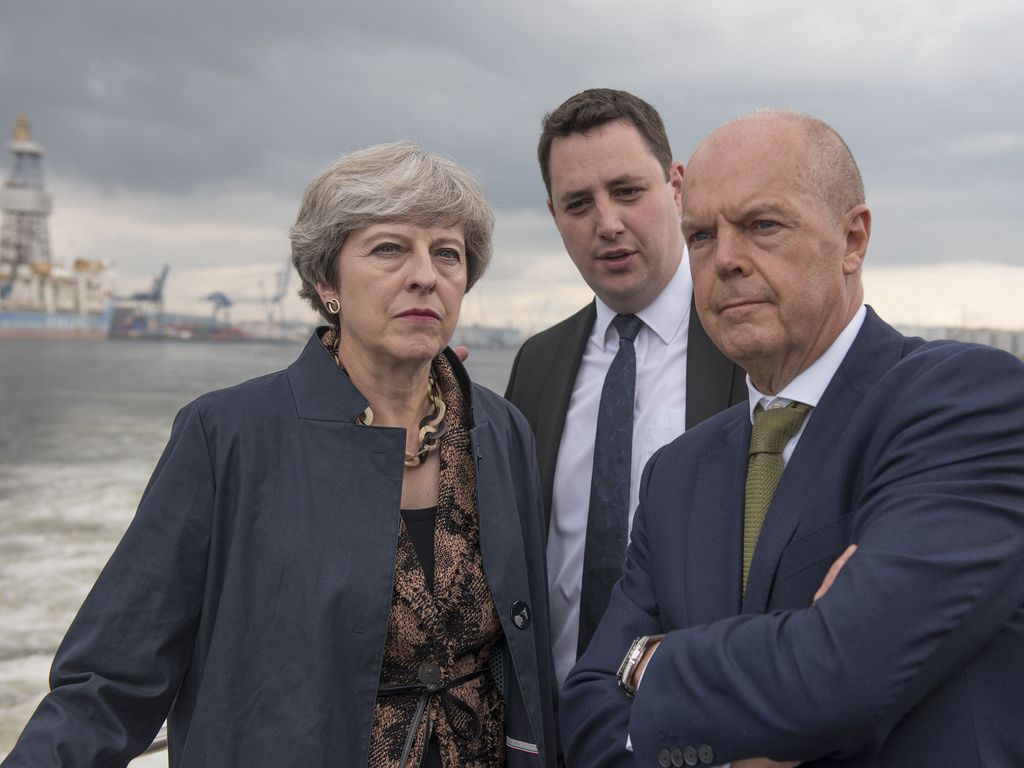 The foreign exchange market appears to once again be taking cues from Brexit headlines following a multi-month hiatus in which all things Brexit have pretty much been ignored by Sterling.

The question of the future customs relationship between Europe and the UK has been simmering in the background for some time now but markets have largely ignored the issue as they wait for some clear guidance with traders opting to avoid getting caught up in a situation where they trade headlines, as was the case in 2017.

However, a report in the The Telegraph suggests he UK might stay in the European Union's customs union for a limited time beyond 2021 appears to have helped Sterling catch a bid earlier in the day.

"We haven't talked about Brexit here for some weeks - deliberately, as we assume that tolerance for this is limited. But according to stories running in the British Press, PM Theresa May will set out to the EU her clarification on Brexit this week before they meet in June to discuss how to proceed," says Robert Carnell, an economist with ING Bank N.V.

The latest reports suggest a combination of sliding extensions to the customs union to enable the UK to come up with effective border controls and a feasible solution to the Irish border. The already agreed transitional period should be over at the end of 2020 and the article reports that ministers think the UK might need to stay inside the customs union until 2023.

"The modest uptick in Sterling this morning says it all. Keeping the UK close to its biggest market for longer than previously agreed should lower uncertainty and boost confidence. This suggests some upside risk to our already-above consensus calls for UK real GDP growth in 2018 and 2019 of 1.5% and 1.8%, respectively," says Kallum Pickering, Senior Economist with Berenberg.

A note to clients from CurrencyTransfer.com credits this news with a rise in the Pound, "Sterling rises on report of customs union proposal" - indeed, the currency was seen higher overnight with the Pound-to-Euro exchange rate rising to this month's high at 1.1476 overnight, while the Pound-to-Dollar exchange went to 1.3569.

What has made us suspect that there might be some truth in this dynamic is the subsequent move lower in Sterling to the denial that has just been issued by Number 10. In short, Prime Minister May's office says the UK will leave the Customs Union in 2021 and that The Telegraph's report is rubbish. 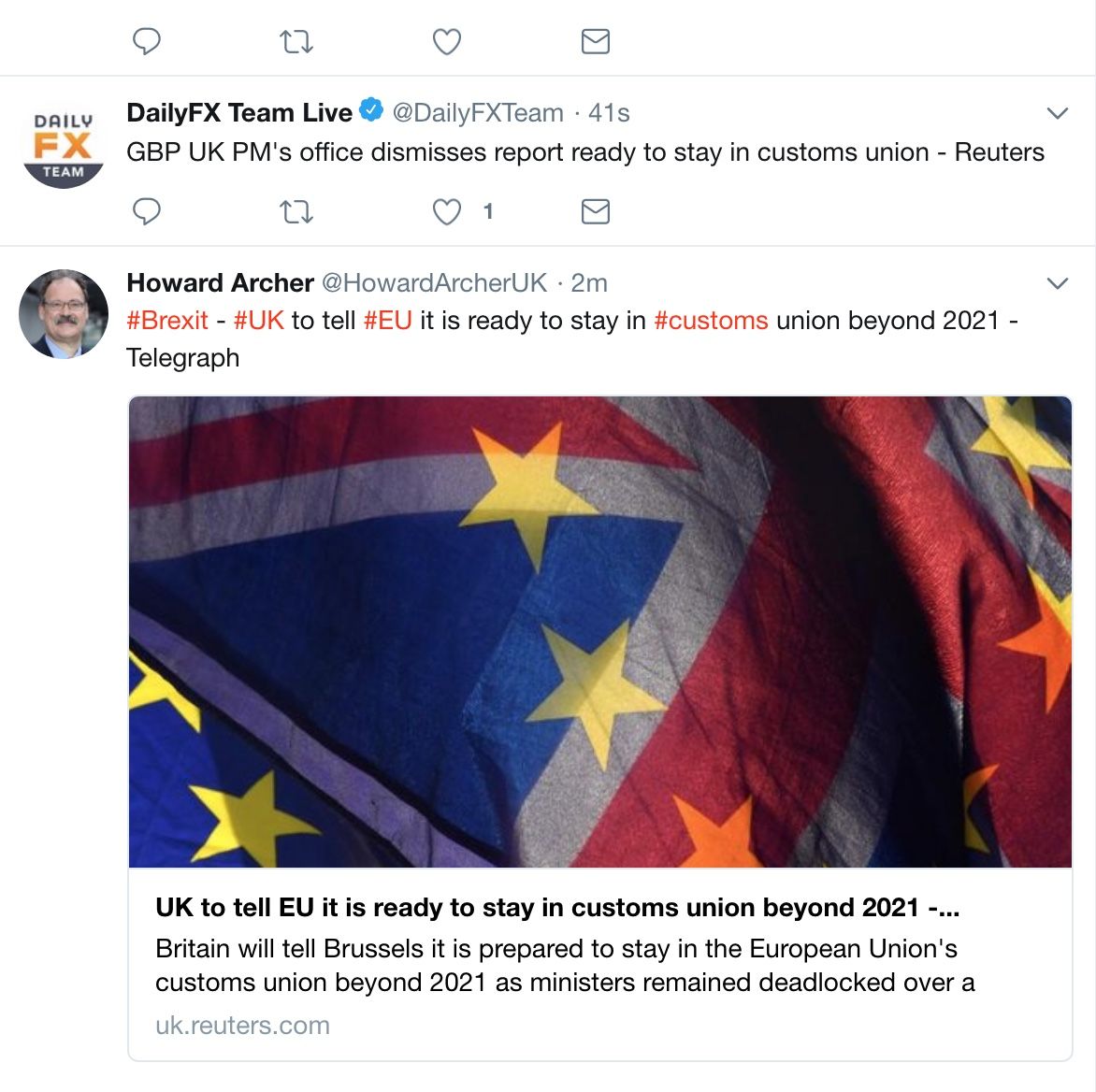 Above: The dangers of trading Brexit headlines.

The Pound is now down on the day against the Euro and Dollar.

That the plan is being denied is understandable as extending membership of the customs union crosses another of the Brexiteers’ red lines.

"This risk is low now but would rise after the UK leaves the EU in March 2019. Previously, we have argued that the threat that far-left Labour Party leader Jeremy Corbyn could become prime minister is the glue that binds the Conservatives together. However, as the chance of reversing Brexit would drop significantly after the UK leaves the EU could change the political calculus for the Brexiteers. That the Conservatives are now edging ahead of Labour – around four points – in recent polls adds to this risk," says Pickering.

For currency markets, today's price action is certainly interesting; could we be headed back to 2017 when the Pound gave knee-jerk reactions to every second Brexit headline hitting the newswires?

We doubt it and are loath to get to entwined in Brexit talk; for now we believe markets will maintain recent behaviour and opt to sit on the sidelines regarding Brexit headlines. Instead, it is bond yields, economic data and Bank of England policy moves that will ultimately remain in control at this juncture, more on this here. 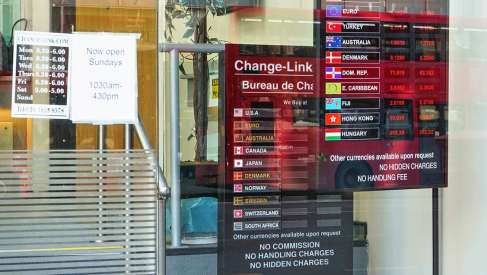 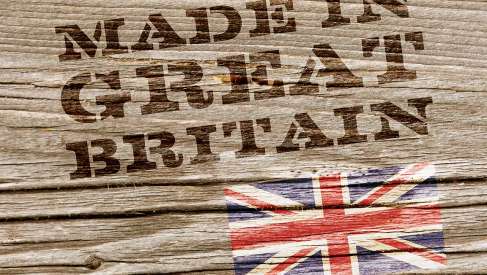 The UK's current account deficit has long been an 'achilles heal' for the British Pound, and new data shows it has surged in size.

The British Pound's relentless slide against the Dollar, Euro and other major currencies continues amidst overwhelming investor negativity towards the UK economy.