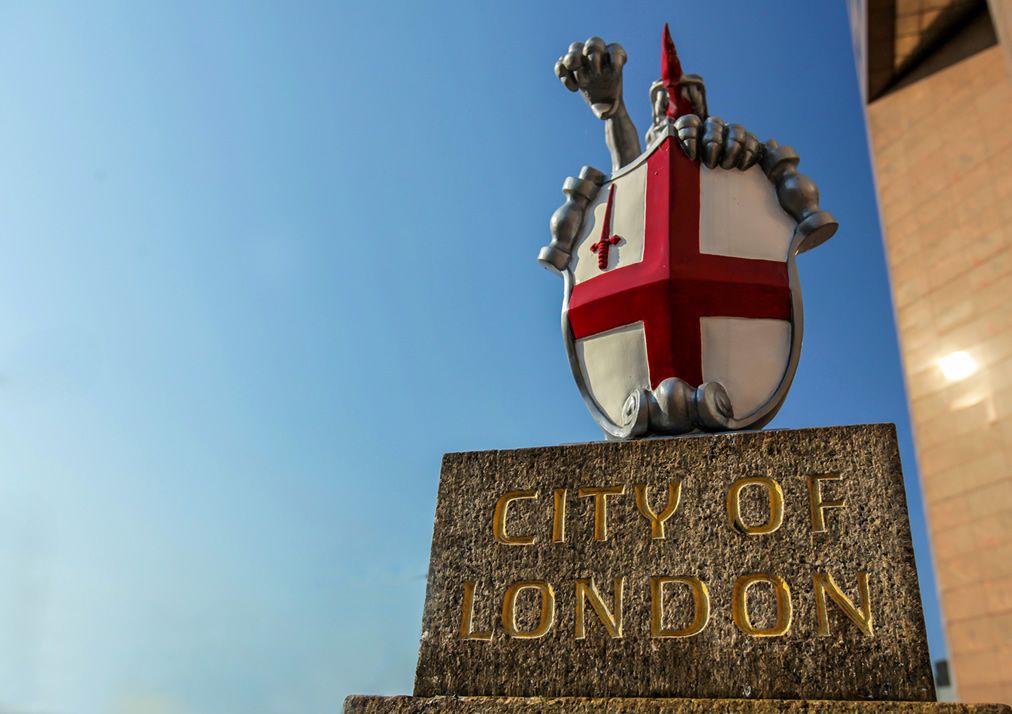 Pound Sterling was seen lower across the board during month-end trade as the Brexit saga took a new twist.

Traders were dealt fresh information - the kind that can move the market - in the form of a Reuters report revealing the European Commission have rejected a proposal from the City of London detailing how a free trade deal on financial services would work.

Services - and financial services in particular - are the one area Brexit holds a trade surplus with Europe, whereas the EU holds a surplus in the trade of goods with the UK.

Therefore, the decision to include that part of the trade dynamic that suits Europe, and exclude the component that benefits the UK will surely raise the prospect of Brexit negotiations failing. We find it hard to believe the UK would accept such an unbalanced outcome and believe Thersa May's government will have little choice but to pursue a hard-Brexit should such terms prevail. 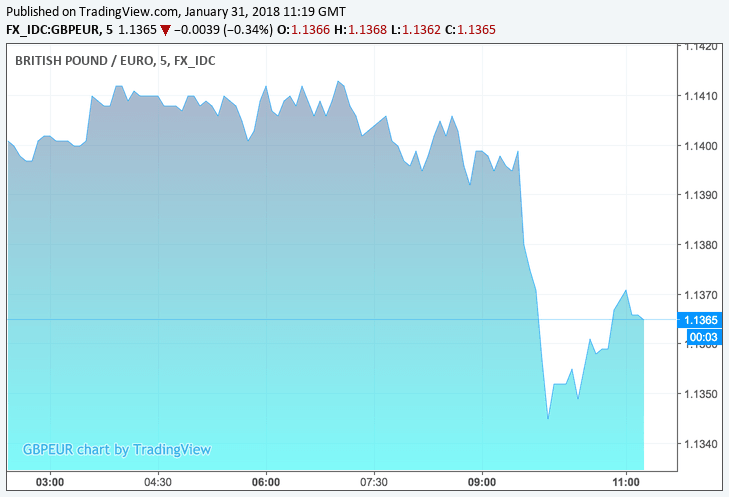 Above: The report was published at 09:26, which correlates to the fall in Sterling againt the Euro. The impact was felt across all major GBP exchange rates.

"Sterling managed a convincing turnaround yesterday having started the day under a cloud of political pressure. The better tone was holding up this morning until a newswire report that EU officials have rejected the City of London’s plan to strike a post-Brexit free trade deal on financial services. Today’s sell off underpins the risk that given the tangible threat that the political uncertainty could worsen in the coming months, GBP could be vulnerable," says Jane Foley, a foreign exchange analyst with Rabobank.

Reuters report the European Commission told told British financiers in meetings in recent weeks that they won’t agree to a deal that would allow finance companies to operate in each others’ markets without barriers.

Representatives from the City of London had proposed that Britain and the EU would allow cross border trade in financial services on the condition that each side preserve regulatory standards in line with the best international standards.

“They have made it very clear to us that this is unacceptable to them,” said one senior British finance executive present at one of the meetings told Reuters. “This was our best and frankly only proposal. We don’t have a plan B”.

"While we are bullish on the outlook of GBP, we had cautioned that the impressive rally so far faces a reality check - lack of agreement or clarity on transition agreement may dampen markets’ enthusiasm on soft Brexit and renewed fears of disorderly Brexit will pose downside risks to GBP," says Saktiandi Supaat at Maybank.

“Eurozone core inflation expectations came out as expected today, but this was entirely overshadowed by reports that EU officials have rejected City of London proposals for maintaining its 'passport' access to EU financial markets.  Sterling came under pressure immediately after the news broke, and lost ground against both the Euro and US Dollar.

"The first few weeks of the year saw sterling rally amidst few Brexit updates – ‘no news is good news’, after all – but with an EU summit just around the corner, Brexit could dominate market forces over the next few weeks, seeing further downside pressure on the Pound.”

It is still however worth remembering that these headlines pertaining to financial services are not part of the official negotiations which only commence in March, at the earliest.

There is the chance that this is the European Union laying out their ground.

"Despite the difficulties that the trade talks will inevitably bring, it is our central view that the bones of a free trade deal will be in place ahead of the March 2019 Brexit start date. On such an announcement GBP is likely to surge," says Rabobank's Foley.

So it could be the case that those watching for a stronger Sterling have to ride out short-term bouts of volatility triggered by Brexit negotiation headlines. Ultimately though, we note most analysts are confident that Sterling should be able to trend higher.

“We think political risks still exist but believe they stem from the domestic politics given the government’s small working majority. The passage of the EU Withdrawal Bill has already highlighted the compromises that the government will likely have to make over the coming year as we enter into Phase 2,” says Kamal Sharma at Bank of America.

Sharma and his team forecast the Pound-to-Euro exchange rate to end 2018 just above 1.17.