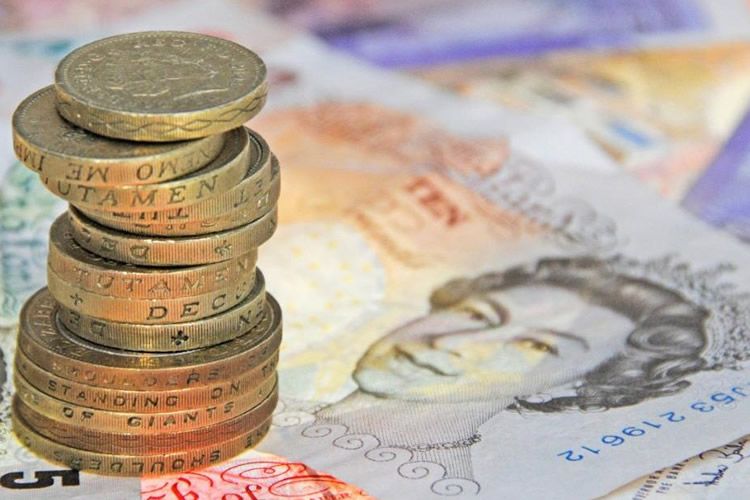 The call comes at a time when the overwhelming majority of foreign exchange traders are still betting on the currency weakening.

But, acute extremes in financial markets are often a sign the pendulum has swung too far to one side and a reversal in sentiment is more likely to occur, i.e. Sterling rising in this case.

This is especially more probable ever since UK inflation data outdid expectations in February by rising 2.3%.

“Bearish positioning is extreme and the market will find it difficult to hold on to this exposure with GBP rate expectations grinding higher in light of better UK data,” says Redeker in a note to clients dated March 24.

The explanation for the continued lack of faith in the currency lies in political risk.

“Of course, our sensitivity analysis shows GBP has become a political currency and is particularly sensitive to Brexit-related news, but once Article 50 is triggered next week, it will take a couple of months before negotiations finally start,” says Redeker.

The analysis plays on existing themes of undervaluation and political risk, such as those recently raised by Richard Falkenhäll, Senior FX Strategist at SEB.

"From a long-term perspective, the GBP is substantially undervalued against most other currencies. Our own long-term fair value estimate suggesting by around 20%," says Falkenhäll. "In other words, most of Sterling's depreciation since the British government announced plans in late 2015 to hold a referendum the following year on whether the UK should continue to remain a member of the EU, should disappear in the very long-term."

Morgan Stanley’s Redeker argues Sterling is at a level commensurate with a ‘hard’ Brexit and would, therefore, rebound if a more benign trade deal were struck between the UK and the EU.

“The GBP rally has already started. The Bank of England's Deputy Governor Ben Broadbent seems to agree with our view that the current GBP level is pricing in economic challenges for the UK when it leaves the common market,” says the strategist.

Broadbent’s comments made in a speech to Imperial College, London about the Pound rebounding in the event of a good deal contrast with positioning data which is heavily short.

This could indicate a risk the market is being overly pessimistic and positive talks will lead to a better-than-expected deal, which would see the Pound rebound strongly.

The extreme bearish sentiment exemplified by the high number of traders short-selling the Pound also contrasts with the bullish sentiment amongst foreign investors for UK stocks.  Clearly a strongly pessimistic view of Sterling would discourage foreign investors to invest in UK stocks given any profit they made would be eroded at

Clearly, a strongly pessimistic view of Sterling would discourage foreign investors to invest in UK stocks given any profit they made would be eroded at point of exchange.

And notwithstanding the fact that many of these purchases are currency hedged Redeker puts investor preference for stocks down to falling real yields.

‘Real’ yields are the return investors get from bonds when adjusted for inflation.

Record low real yields have encouraged investors to favour stocks over bonds as an investment, as bond returns dwindle to nothing when discounted for inflation.

Redeker expects the disconnect between the outlook for the Pound and that of stocks to eventually resolve, however, in the currency rising.

There is, of course, another equally valid interpretation of the paradox of why investors are so bearish Sterling and yet so bullish the UK stock market, and this rests on signs of an inverted relationship between the FTSE and the Pound.

The FTSE and the Pound are at times highly negatively correlated because so many large British companies trade internationally and therefore actually benefit from a weaker pound as it makes their exports more competitive.

This would explain the influx of foreign capital into the stock market and yet the equally negative CFTC positioning in the currency futures markets.

The climate of current low real yields is likely to impact on Sterling in another way too.

According to Redeker, low real yields increase money supply as it diverts money away from the ‘safe’ bond market into riskier more liquid assets.

This then has a positive knock-on impact on growth.

“Real yield has an economic impact too, best expressed by broad UK money supply growth (M-4 at 7% year-on-year) now climbing back to levels seen before the Lehman failure. The money multiplier has been strong, which – combined with very low real yields – should support nominal GDP growth,” said the Morgan Stanley analyst.

Assuming this excites growth, it will support the BOE in raising rates in order to stifle inflation.

Inflation is currently being blamed almost exclusively on the weak pound and the BOE could stand pat so as not to hijack growth by increasing the cost of lending for businesses.

However, if growth starts to turn up, they are more likely to raise interest rates, which would be positive for Sterling.

“Low real rates may have been priced correctly into GBP markets for now, but investors may not have considered second-round effects that low real rates have on the economy and thus on GBP rate expectations. We think those who are heavily short positioned in GBP may now head towards a short-squeeze. Given the size of the short position, the anticipated GBP rally should be tradeable in our view,” said Redeker.

The strategist also points out a period of relative calm could descend between the triggering of article 50, which could be very soon, and the start of the actual negotiations, which are not likely to begin until the summer.