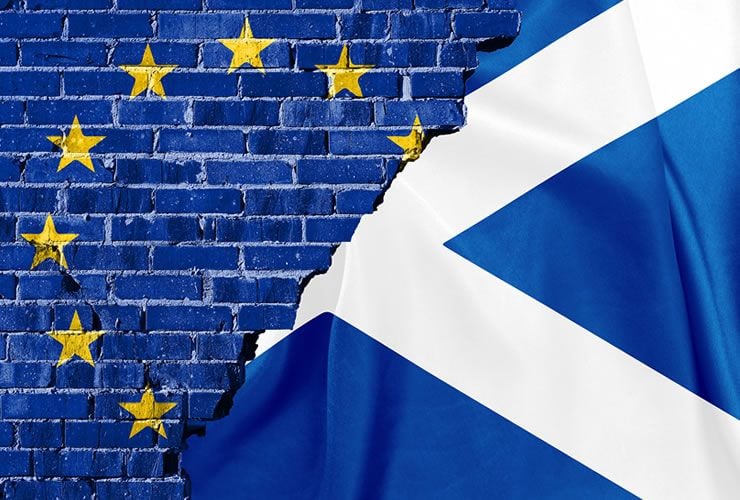 Pound Sterling swatted away an official declaration by the first governor of Scotland, Nicola Sturgeon, that she would be seeking for Scotland to hold a second referendum on independence in late-2018/early-2019.

The British Pound held onto its 0.4% and 0.6% gains versus the Euro and Dollar respectively even after the news of a second referendum was announced.

Making the announcement in Edinburgh Sturgeon said she believed people would now choose to break away from the UK in order to stay in the EU.

The resillience by the Pound is surprising if we consider the move by Sturgeon increases uncertainty for businesses and the economy.

Various analysts had their own theories as to why Sterling remained unaffected.

Bhaveer Shah at Credit Suisse says markets may have interpreted Scottish developments only as “a slow-moving drag for the Pound”.

Kathleen Brooks, market analyst at CityIndex, said she thought it was too early for markets to price in the risk of Scotland breaking away since a referendum would not be held until 2018 or ’19.

Connor Campbell of Spreadex thought the reason markets remained unaffected was because no-one expected Scotland to actually vote for separation.

Indeed, recent opinion polls appear to back this up, showing a, “less than 40% of Scottish voters in favour of a new referendum before Brexit,” according to the Guardian’s Severin Caroll.

Latest Scottish Government figures meanwhile suggest Scotland is spending a great deal more than it earns and would command a staggering budget deficit on seperate. In fact, the size of the deficit would preclude it from joining the European Union.

Spreadex’s Campbell also noted there were “plenty of roadblocks” in the way of Sturgeon achieving a referendum, and initially she will need the support of the Scottish parliament, to whom the issue will be put for a vote next week.

Indeed, The Times reports UK Prime Minister Theresa May will refuse to allow the vote to take place in the next two years.

The report said some had speculated that May could leave the door open to a second independence vote but only if the SNP wins an absolute majority in the next Holyrood elections in 2021.

It could also be the case that an independent Scotland would not be so negative for the UK economy as assumed.

North Sea oil is no longer as profitable as it used to be, and Scotland gets more support from the government per capita than England, and England would be able to save this money if Scotland went independent.

As such from an economic point of view for the remainder of the UK and therefore the Pound, Scottish referendum may be a nil sum game.