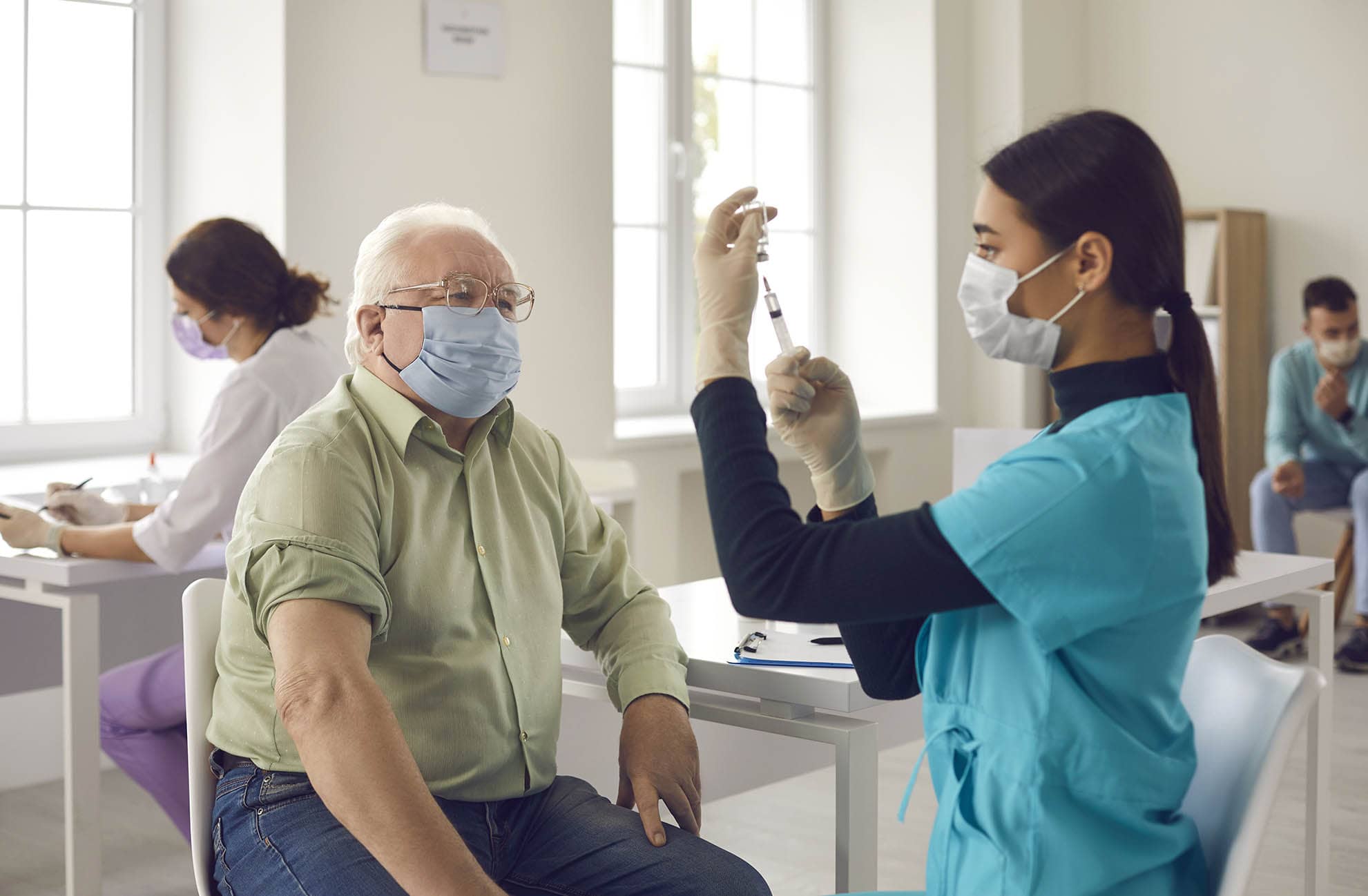 At the current rate of case acceleration the country will see 14.2K cases by June 21, when the final stage of lockdown restrictions are due to be lifted.

"The seven-day rolling average of confirmed cases will have risen to 14.2K on June 21—the date the government still hopes to remove all remaining restrictions—if the current 60% week-on-week growth rate is sustained," says Samuel Tombs, UK Economist at Pantheon Macroeconomics. 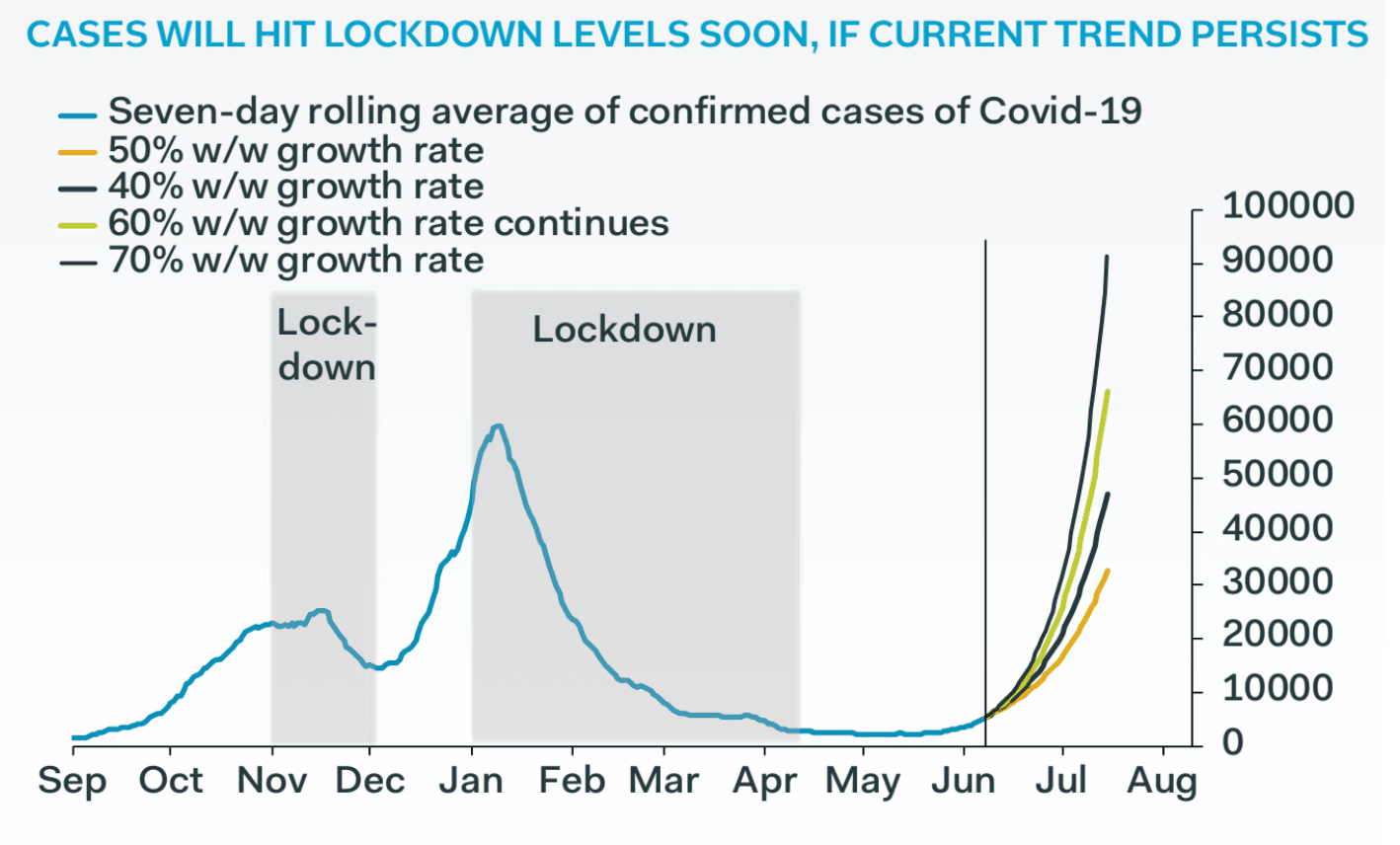 "By June 28, cases would reach the 22.6K level seen when the government announced the November lockdown," says Tombs.

Data shows the rise in cases is widespread across the UK and no longer limited to the epicentre of the initial outbreak in the north west of England.

The government has sounded less assured about the prospect of lifting all restrictions this week, with various media reports briefing that a two to four week delay to lifting of restrictions will be announced.

Pound Sterling Live have reported that some foreign exchange analysts are saying the rising case rate could in turn be feeding into lower Sterling exchange rates as investors turn cautious on the UK recovery story.

"The bigger worry for the near-term economic outlook than the timing of the final unlocking is if the further rise in cases over the next month triggers another retrenchment by households," says Tombs.

Calculations by Oliver Johnson, Professor of Information Theory and Director of the Institute for Statistical Science in the School of Mathematics at Bristol University shows that the 'r' number - the rate at which the virus is reproducing - stands at 1.55.

"It's not that cases are going up, it's not even that they are rising exponentially, it's that the exponential rate of growth is itself growing apparently without constraint. This is not what we'd like to see," says Johnson.

The government has said that its decision to fully lift restrictions will depend in part on what impact rising case rates are having on hospitalisations as they seek to avoid overwhelming the health system.

Although vaccinations have been noted to be having an impact on serious illnesses hospitalisations are nevertheless starting to rise.

131 hospitalisations were reported on Wednesday, up on the 98 reported last Wednesday. 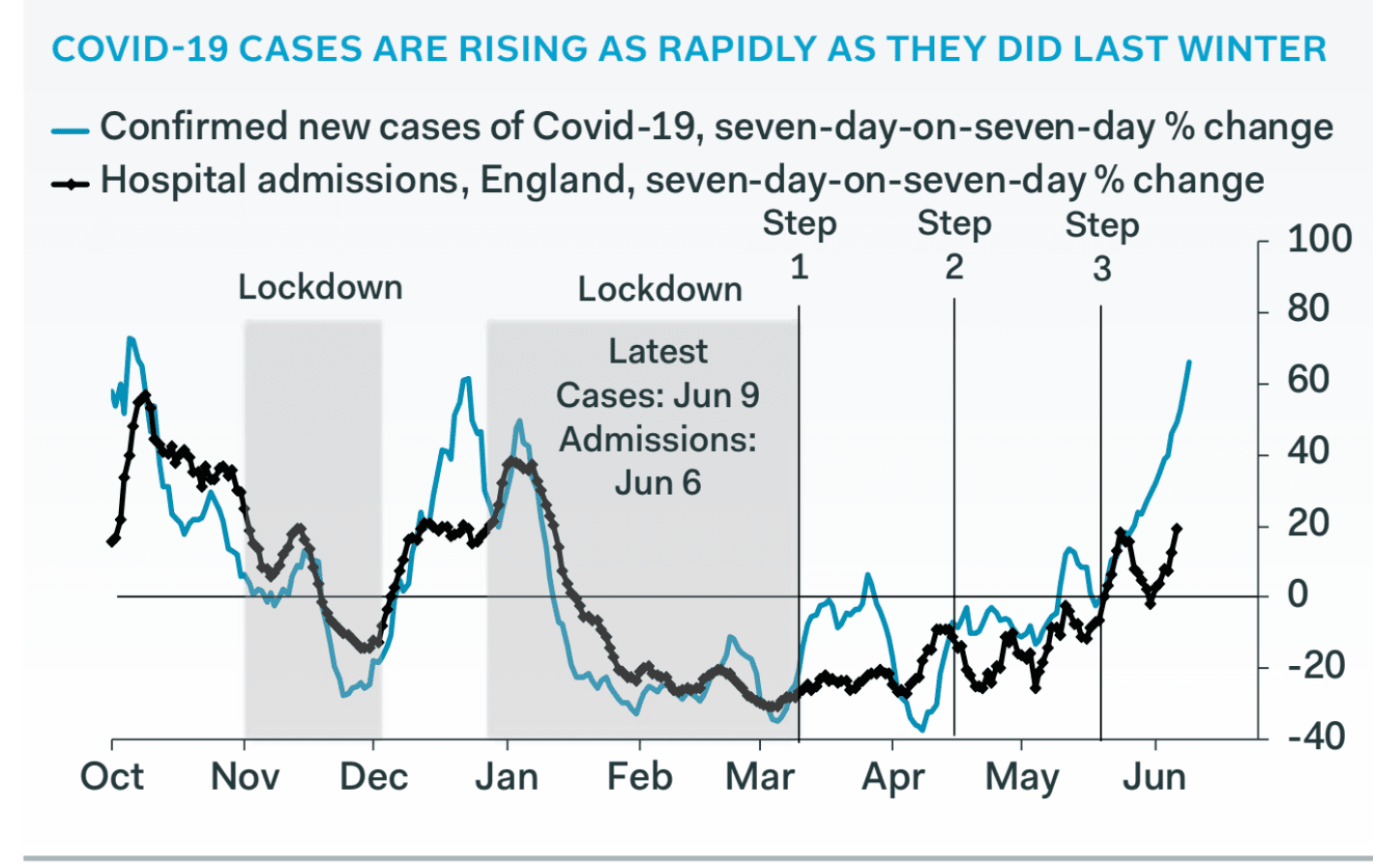 The government’s main scientific advisory bodies, SAGE and NERVTAG, will meet at the end of the week to assess the latest data.

The government will likely officially announce their decision regarding June 21 early next week, however credible press reports will likely precede the decision in the days prior.

Looking ahead and beyond the current wave, Philip Shaw, an economist at Investec, says "provided that vaccines remain effective, the UK continues to be well placed: it has now vaccinated 77% of adults with at least one dose, 53.6% with both, and this week opened up vaccines for 25-29 year olds."

"The U.K. will be in a better position to ride out another wave than most other countries, given very high vaccine uptake and mass ordering of "top-up" doses of vaccines, which could be modified for new variants within a couple of months," he says.