- GBP falls against all majors, is bottom of class this Wednesday.

- BoE pricing and coronavirus fears all weigh amid Brexit acrimony.

The Pound fell to the bottom of the major currency class Wednesday amid profit-taking prompted by renewed speculation of a delay to the March budget, which comes in addition to mounting coronavirus concerns and is further encouraging markets to price-in a Bank of England (BoE) rate cut for the coming months.

Pound Sterling softened against major rivals from the get-go Wednesday but had traded on the front foot against smaller currencies until it emerged the government could now put off plans to increase its spending for some months due to uncertainty over the economic outlook - ironically. Markets and the BoE had expected the government to the splash some cash this March to get the economy growing faster, but those assumptions are now in doubt.

"My sense is the market is pulling back on £ long positions originally destined to run into an upbeat expansionary fiscal stance in next month's budget. However, latest reports suggest measures may well be delayed into the Autumn," says Neil Jones, head of institutional FX sales at Mizuho Bank. 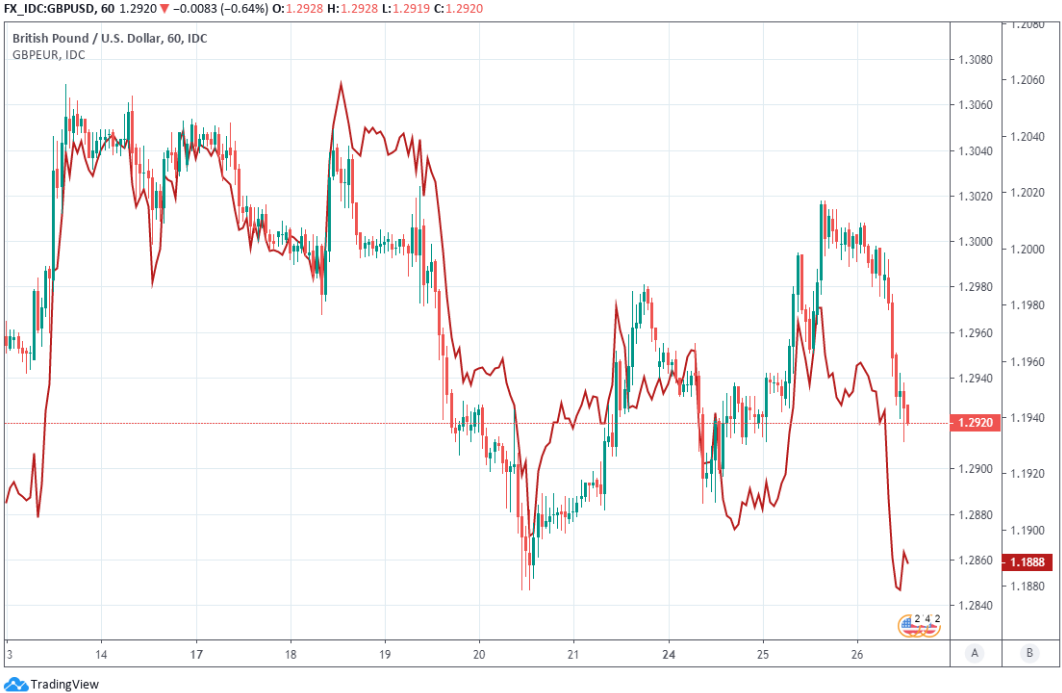 The Pound's recent resilience against the Dollar and Euro dates back to a January BoE decision to eschew an interest rate cut pending the outcome of the March 11 budget and data measuring New Year growth of the economy.

But with the budget delayed and the Brexit trade negotiations about to begin as coronavirus sweeps its way across Europe and the wider world, markets are increasingly pricing-in the renewed prospect of easing from the BoE and Sterling was in the process of handing back February's gains on Wednesday.

Pricing in the overnight-index-swap market implied on Wednesday the BoE will cut Bank Rate to 0.50% by August 06, although it could be said that any actual cut from the BoE is likely to come much sooner than that and potentially as soon as the next decision on March 26. And the OIS-implied rates for March 26 and May 07 were still 0.66% and 0.60% respectively on Wednesday.

Bank Rate would fall from 0.75% to 0.50% after a typical cut so market pricing is still a source of downside risk for the Pound.

"The pound is benefitting in the near-term from evidence of a Boris bounce for the UK economy following last year’s election and building optimism new Chancellor Rishi Sunak’s budget on 11th March will include a larger fiscal boost for the economy," says Lee Hardman, a currency analyst at MUFG, in an early morning note to clients. "Market participants remain less concerned by Brexit risk as evident by the sharp decline in pound volatility since last year’s election especially relative to volatility in other major currencies. Understandably with the emergence of the new downside risk to growth from the coronavirus, it has further put Brexit risk into the background in the near-term." 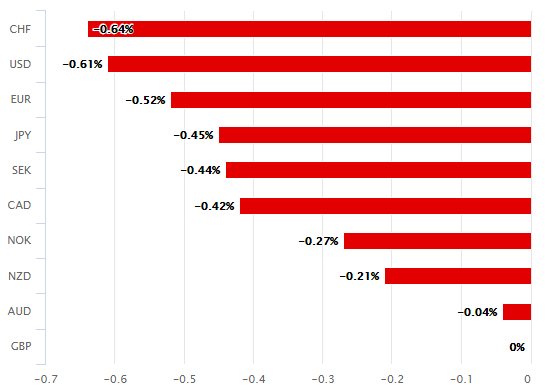 Wednesday's price action comes as the British government and EU prepare to begin negotiations about the future trade relationship from next week, with Downing Street expected to set out its negotiating position in full on Thursday. However, and with months to go before the first semblance of a deadline appears on the horizon at the end of June the discussions may have only a muted influence on Sterling for the timebeing.

The EU has given its negotiators a mandate to pursue a largely unchanged relationship with the UK while Prime Minister Boris Johnson has asserted that part of the motivation for Brexit is economic and political independence.

"Brussels appears to be particularly unnerved by the fact that the UK wants to be treated in the discussions like any other sovereign nation that is looking to do some trade with the EU. This strikes us as rather odd. Readers should also recognize that "level playing field" and "no cherry picking" are basically Brussels code phrases for: "relative uncompetitiveness", and "supranational jurisdiction," says Stephen Gallo, European head of FX strategy at BMO Capital Markets. "However, we are inclined to look through a lot of the initial noise in the GBP because of the "stability factor" offered by the UK's relatively strong negotiating position, and the government's sizable majority in the Commons. It's important to recognize that the 2019 UK election result was a mandate from the electorate to "get Brexit done"." 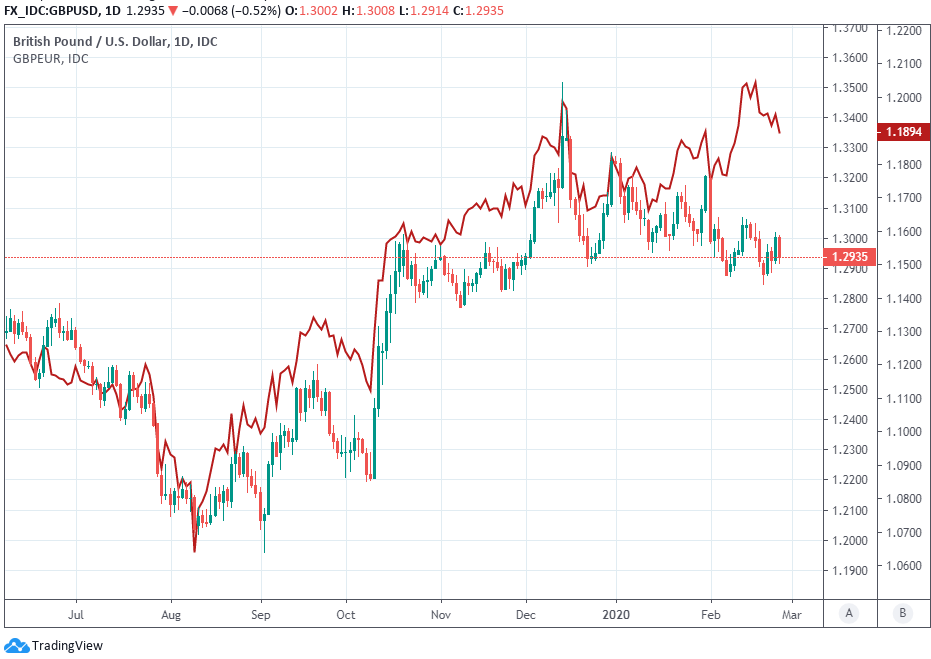 Price action also comes after Italy's government said Wednesday it's aware of 322 cases of coronavirus, up from zero last week, that now span almost half of the country's 20 regions. Lombardy and Veneto regions both accounted for 283 cases between them, however.

So far 10 have succumbed to the disease in Italy and one has recovered, while cases have this week been discovered in Austria and Spain for the first time. Those are in addition to cases that continue to pile up in Japan, South Korea, Iran and other countries.

It's not known how the virus made its way to those EU countries but it clearly has and investors now have to confront the prospect of it disrupting European economies in the same way as it has done with China. Although the ease with which individuals can travel across Europe, much of which is effectively borderless, could mean it has already spread beyond Italy, Spain and Austria and that national and international authorities are simply unaware.

"Travel bans are one thing but how do you control for that when your borders are open? You ban a flight from China into Milan and the person will just fly through Frankfurt. So unless you do a China style border closing it will be a different containment strategy in the West than it was in China," says Brad Bechtel, a managing director of FX strategy at Jefferies. "One thing is clear, governments and central banks will move...governments may have no choice but to provide stimulus with this likely proving enough for even Germany to jump into the fiscal side. Italy already warning EU officials that budget targets are well out the door. If and when the virus issue passes we are going to end up in a world with a LOT more liquidity in it than we had even just 4 months ago."