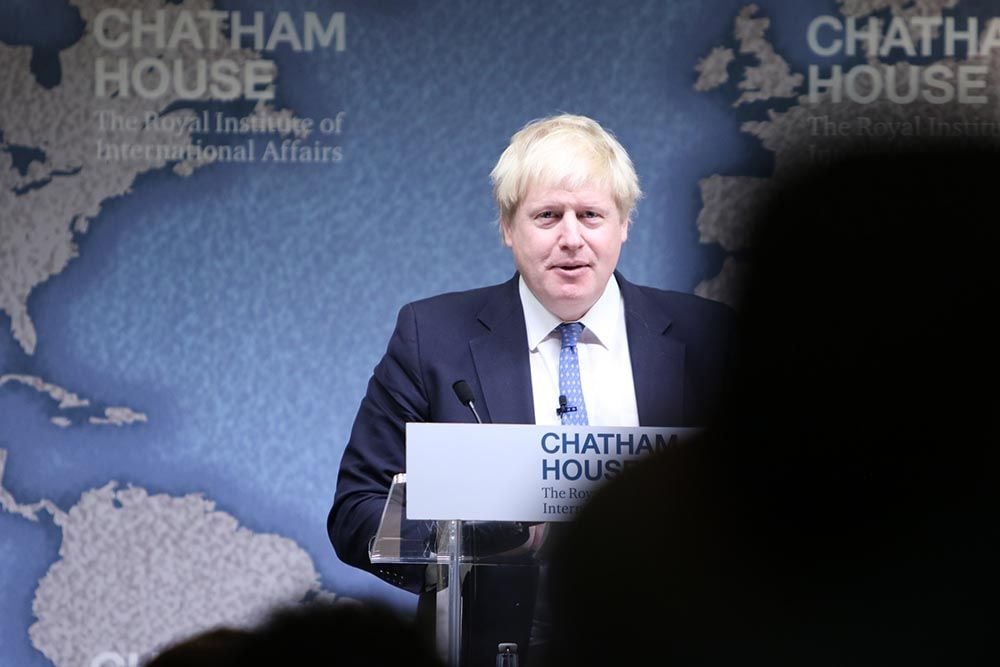 - GBP routed on reports of a new 'no deal' Brexit cliff edge.

- Markets fear it keeps the 'no deal' Brexit threat alive and well.

- But 'backstop' makes 'no deal' a political danger to Johnson.

- ING says GBP has topped out as others warn of losses.

The Pound erased its post-election gains over the Euro and Dollar Tuesday amid reports that Prime Minister Boris Johnson will create a new 'no deal' Brexit cliff edge, which has led some analysts to suggest a further correction is in store for the British currency.

Prime Minister Boris Johnson reportedly plans to enshrine the end of 2020 into law as the end of the next phase in the Brexit negotiations and the 'transition' period the UK will enter once the withdrawal agreement is ratified and the country formally leaves the EU on January 31.

ITV News reported late Monday that Johnson will legislate via an amendment to the Withdrawal Agreement Bill as soon as Friday to "legally prohibit" any further delay to the UK's departure from the bloc. A vote is expected as soon as the bill returns to parliament, likely on Friday, after a ceremony led by the Queen.

Michael Gove, a Conservative Party MP who serves as Chancellor of the Duchy of Lancaster, claimed Tuesday the decision would not lead to a 'no deal' Brexit. He told BBC Radio 5 Live that "deadlines concentrate minds," while EU negotiator Michel Barnier was reported to have said the EU will do its "maximum" to meet the deadline.

"This plays to the Labour leave voters, who probably couldn’t stomach the idea of a two-year extension and paying into the EU budget without a say over policy. The move will clearly focus trade negotiators and it sounds like Downing Street is pushing for a Canada-style FTA on goods, with little care for services or regulatory alignment. The news probably cements the idea that 1.35 is a near term top for Cable and favours a correction to 1.3050/3150," says Chris Turner, head of FX strategy at ING. 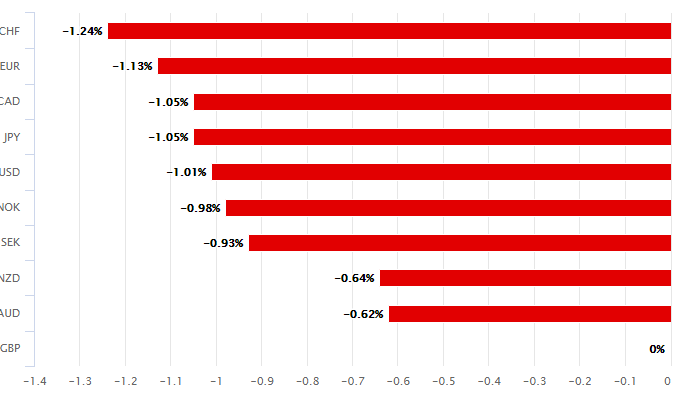 Pound Sterling was quoted lower against all its major rivals in noon trading Tuesday as a result of the report, after having reached a post-referendum high against the Euro in the immediate aftermath of last week's election and a two year high relative to the Dollar.

"There was some speculation that Mr Johnson could soften his stance on Brexit given his 80-strong majority in Parliament after last week’s historic general election result. However, it seems a tougher attitude is being taken," says George Vessey, a currency strategist at Western Union. "This political development clearly highlights that Brexit is far from done and sterling is likely in for a bumpy ride if this hard-line rhetoric continues."

The Pound had rallied strongly against major rivals in recent weeks as markets saw the increasing prospect of a Conservative Party election victory not only seeing off the threat of an increasingly radical opposition party but also burying the threat of a 'no deal' Brexit for at least the foreseeable future.

Those gains are on the verge of melting away as markets respond to the renewed threat of an exit from the EU on World Trade Organization (WTO) terms but there are reasons for thinking that even if Johnson's amendment becomes law, the dreaded no deal exit will remain unlikely.

“Given PM Johnson’s majority and given this commitment to end transition at the end of 2020 was in the Tory election manifesto, this news is not a surprise but it highlights the likelihood of a barebones FTA deal that will fuel expectations of increased trade frictions in 2021,” says Fritz Louw, a currency analyst at MUFG.

A 'no deal' Brexit could still be unlikely because exiting the EU on WTO terms would leave Johnson open to the charge of having broken up the United Kingdom, or something similarly controversial on the political side.

This is because the ‘backstop’ would effectively condemn the Northern Irish province to a quasi form of sovereignty sharing with the EU unless and until unionist representatives in the province could persuade a sufficient number of their nationalist counterparts to vote to end the arrangements.

If and when the withdrawal agreement is ratified in the UK, Prime Minister Johnson will need to satisfy the EU that the open border on the island of Ireland will not compromise its single market when combined with divergence between UK and EU trade arrangements, customs processes and regulations. And if the PM is unable to that, Northern Ireland will be subjected to the 'backstop' in what would be a politically controversial development. 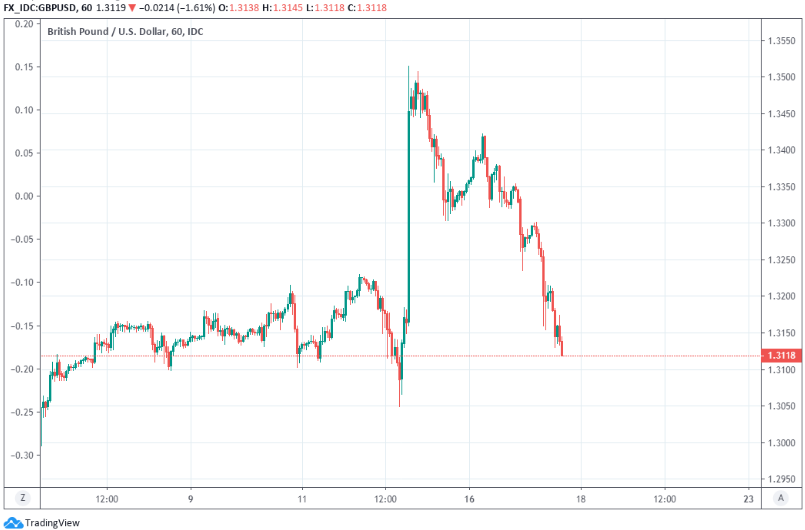 "GBP selling off today on a potential Dec 2020 hard Brexit. Personally I doubt a hard Brext & look for a deal in principle. Perhaps a phase 1 type deal as per US/china which will be agreed but not ratified or implemented & warranting an extension rather than a breakdown which in turn will keep a longer term bid tone to GBP in play," says Neil Jones, head of institutional FX sales at Mizuho Bank.

Analysts have said in recent weeks that Johnson's pledge to complete the trade negotiations without the need to extend the transition period beyond the end of 2020 will require the UK to make concessions to the EU during the negotiations. If the government agrees then a 'no deal' Brexit laced deadline that imposes a choice between an exit on WTO terms and a humiliating policy u-turn might seem in Westminster like it could shield Johnson and others from criticism of any extension to the transition period.

In other words, it's possible the new 'no deal' cliff edge is a political gimmick that's intended mainly for consumption by the domestic audience, which would mean a WTO exit hasn't actually grown any more likely. However, analysts were already warning before the ITV report landed on the wires that Pound Sterling may have risen as high as it's likely to this side of the trade negotiations and that a correction is in store for the months ahead.

"The "Brexit irony" for the GBP is that signs of decisive leadership tend to weigh on the currency rather than support it," says Stephen Gallo, European head of FX strategy at BMO Capital Markets. "A large-scale UK/EU trade deal was never really going to be concluded within a calendar year anyway, but the fact that there will be no extension to the transition will raise the pressure on both sides to get a partial FTA inked quickly. If that's not possible, a rapid UK/US FTA might be even more vital for GBP."