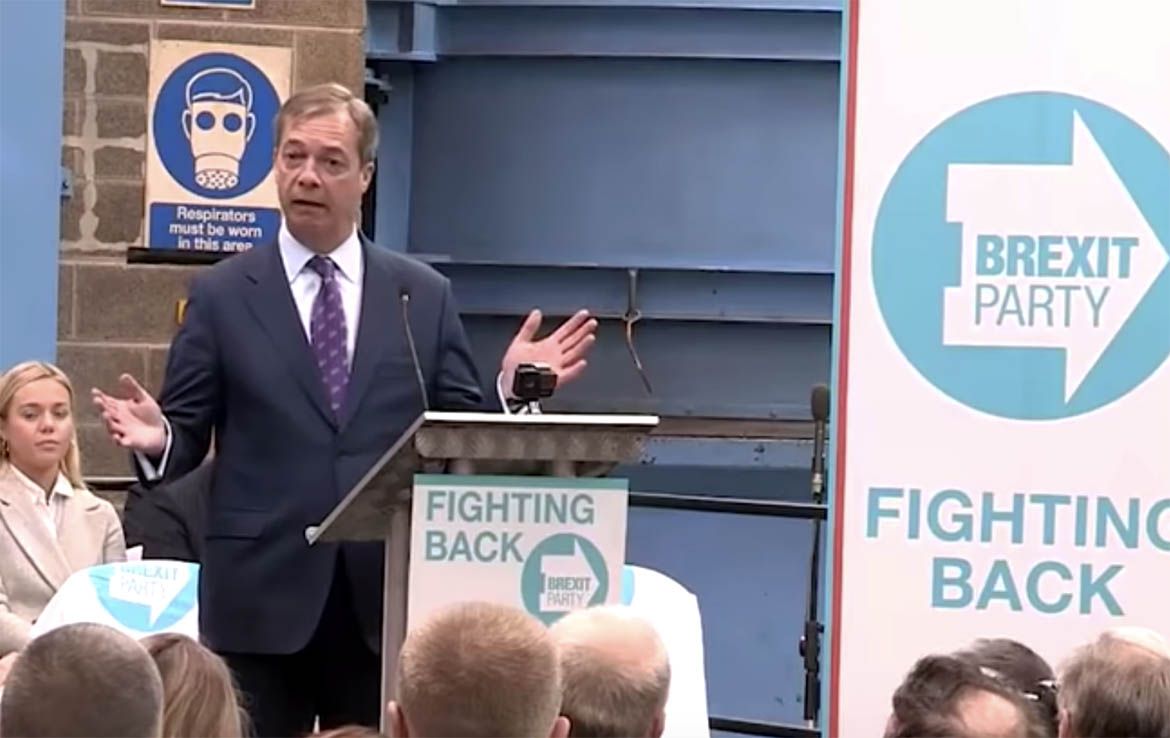 Pound Sterling will come under pressure if the odds of a no deal Brexit rise from 15%, which they surely will as the Conservatives forced into delivering Brexit on October 31 amidst fierce backlash from Brexit voters.

For now, the currency remains well supported against the Euro and U.S. Dollar assured that Brexit risks have faded and as global markets settle for the long Easter break amidst a sizeable drop in volatility.

Volatility has hit multi-month lows and should take the risk out of the markets as no major moves, either higher or lower are likely in such an environment.

The Pound-to-Euro exchange rate is currently quoted at 1.1556, as the Pound endures a slow-burning move lower against the Euro which appears to be benefiting from an uptick in global investor sentiment.

The Euro is certainly the driver of this pair for now.

The Pound-to-Dollar exchange rate is quoted at 1.3029 and while intra-day over are limited the pair is also making a slow grind lower towards the key 1.30 marker.

Of course, the lack of volatility could also just as well be a precursor to sizeable 'breakout' moves, and we await potential triggers.

For Sterling, we note markets are becoming increasingly complacent with regards to the potential risks surrounding Brexit over coming months. And, for us a potential trigger that could ignite a substantial move in a complacent market would be a rapid repricing of 'no deal' Brexit risks.

The Pound tends to rise as 'no deal' Brexit becomes less likely, as has been the case during the first-quarter of 2019 in which the currency was the best-performing major currency. It tends to fall when 'no deal' Brexit risks rise.

The market is relaxed on the prospect of a 'no deal': there is now a greater chance the UK will not leave the EU at all than of the UK leaving the EU without a deal in October, according to a poll of institutional economists.

A Reuters poll out on Thursday shows the median probability of a 'no deal' Brexit is at 15%, the lowest since Reuters began asking in July 2017.

The findings show the favoured outcome amongst analysts is the two sides reaching a free-trade deal.

Joining the European Economic Area was held to be the second most likely outcome.

Revoking Article 50 and cancelling Brexit entirely was held to be the third most likely outcome ahead of leaving the EU under World Trade Organization rules.

The UK embarked on the road to a softer Brexit when the EU granted ab extension to the Article 50 process until October 31.

Prime Minister Theresa May made the request for a delay based on her desire to reach a deal with the opposition Labour Party that would allow for an exit deal to be ratified by a deeply divided parliament. Talks are ongoing.

"The key conclusion here is that the government (albeit not unified) has agreed to seek a Brexit compromise with Labour that will inevitably be a softer version of the
May deal. This will either lead to a compromise deal (Customs Union/Common Market 2.0) or we will have a third attempt at reaching a plan through votes in parliament. So these developments are positive for the Pound," says Derek Halpenny, a foreign exchange strategist with MUFG in London.

So while developments are positive for the Pound, we fear the pricing of 'no deal' Brexit risks at 15% remain too low.

"Risks of a 'no deal Brexit' have subsided and Eurozone political tensions appear contained. We are however still cautious on the GBP as continued uncertainty weighs on the macro outlook and prevents a more meaningful Sterling recovery," says Vassili Serebriakov, a strategist with UBS.

Often a one-side consensus view can result in a powerful counter-move when that consensus is shattered.

A potential injection of volatility into Sterling markets will almost be political in nature.

A startling poll on Westminster voting intentions from Comres on Thursday shows support for the Conservatives has plummeted to 23%, well below Labour's 33%.

A YouGov poll, also out Thursday, shows the Conservatives on 29%, Labour on 30% and the Brexit Party on 14%.

The Conservative's appear to have haemorrhaged support to the newly-formed Brexit Party who opened their account on the Comres polling series with 14% of the vote.

"The main known unknown in the next two months is the EU elections in May. The UK government is ideally looking to get a Brexit deal in place to allow the UK to not participate. The coiling/contracting range of GBPUSD in particular shows potential for a break-out in that time-frame," says Robin Wilkin, a Cross Asset Strategist with Lloyds Bank.

Other polling out this week shows the Brexit Party are on course to win the European Election as leader Nigel Farage looks to capitalise on the discontent brewing amongst the UK's leave-voting electorate.

"In a development that must have European leaders eating their hats Nigel Farage’s Brexit party has surged in the polls as the clear leader to win in European elections. The party which was only formed in January has overtaken Labour, the Conservatives and UKIP as the likely winner. Whether related or not the pound, which has been the barometer of all things Brexit, is nudging lower," says Fiona Cincotta, Senior Market analyst with City Index.

Heavy losses by the Conservatives could place immense pressure on Prime Minister Theresa May to abandon talks with the Labour Party, or stand down.

Whether May stays or not, the Conservative Party will almost certainly pivot towards delivering Brexit at all costs on October 31 in order to remain relevant with the electorate. In all likelihood the EU won't renegotiate the deal they have offered, and with this deal lacking parliamentary backing a 'no deal' would become increasingly more likely.

All outcomes we believe would rapidly raise the odds of a 'no deal' Brexit in October from the current benign weighting of 15% held by economists.

The implications for Sterling could be notable as we know the currency tends to struggle when the odds of a 'no deal' increase.

"There will be huge political fallout from the further Brexit delay. The tight ranges in EUR/USD and GBP/USD and the further compression in volatility (which is probably not over yet) partly reflect the fact that FX investors do not know how to quantify these political risks, nor are they able to estimate the economic effects," says Stephen Gallo at BMO Capital Markets.

Like a coiling spring, Sterling could in fact be a currency that is loaded and ready to be triggered in either direction, depending on the nature of that trigger.

We feel that at present the conditions are aligned to a rude surprise for a complacent market.