- German fiscal policy unlikely to shift
- Even if Greens join govt.
- Eurozone to struggle to reflate
- ECB rates to stay lower for longer as a result 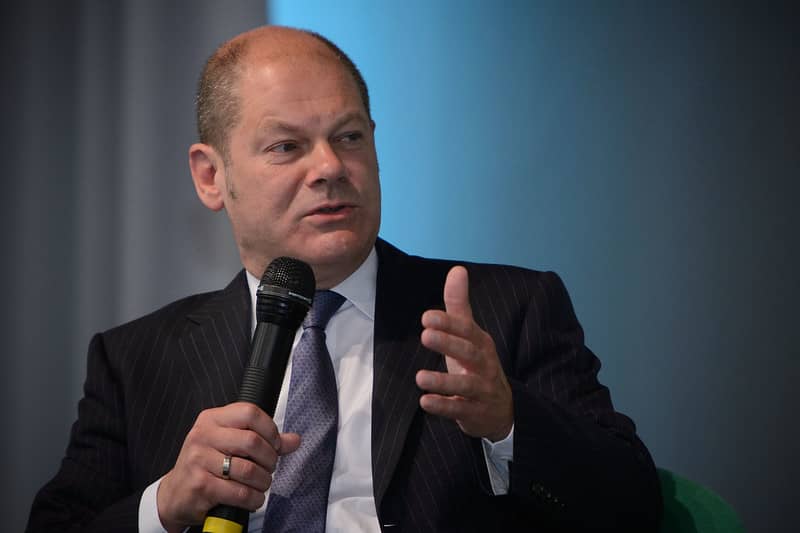 In a note to clients BNY Mellon says that the results of the weekend German election are ultimately likely to reinforce the status quo and disappoint market participants "looking for a fiscal renewal in the country".

"Political inertia is a force to be reckoned with," says Geoff Yu, FX and Macro Strategist for BNY Mellon. "The result of the German election will come as a disappointment for market participants and observers looking for fiscal renewal in the country."

German media are reporting that both the Greens and the pro-free market SPD are likely to join the SDP in a three-party coalition government.

According to Deutsche Welle there are two options on the table: either centre-left Social Democrat (SPD) Olaf Scholz will preside over a coalition with the Green Party and the pro-free market Free Democrats (FDP), or centre-right Christian Democrat (CDU) Armin Laschet will get the chance to do so. 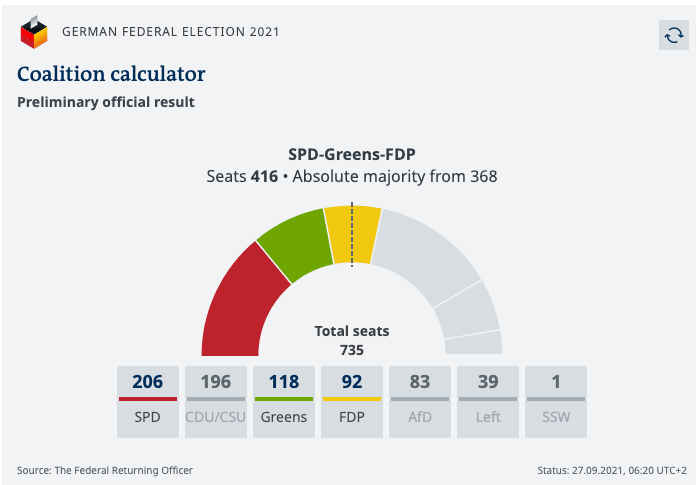 Ultimately though the main German parties of the SPD/CDU/CSU have accumulated over half of the votes and could therefore join together and govern in a fashion similar to recent years.

For Yu, this represents a fundamental political inertia.

"Olaf Scholz, who is most likely to become the next Chancellor, has expressed hope for a government to be formed by Christmas – which would be considered a very favourable outcome even if the final distribution of ministries further dampens hopes for a strong fiscal boost," says Yu.

If the SPD were to opt to go into government with the smaller parties Yu says "it is not enough to seriously challenge the status quo."

"The bottom line is that the status quo in Germany is not enough for the eurozone to achieve any form of reflation credibility as the fiscal purse strings will likely remain tight," he adds.

This has significant implications for the Euro on a longer-term basis.

The European Central Bank (ECB) has been tasked with stoking inflation back towards 2.0% on a sustainable basis, despite cutting interest rates to the bone and boosting its balance sheet via quantitive easing it has largely failed to reflate.

But the lower interest rates on offer in the Eurozone as a result of this policy has meant the Euro has fallen in value.

Therefore, the question of the Euro's longer-term value could ultimately rest with the German politics given it is the bloc's largest economy.

"No combination of parties will be able to generate a material change on matters such as the debt brake and in hindsight, markets were right to continuously question the eurozone’s ability to invest its way out of disinflation," says Yu. 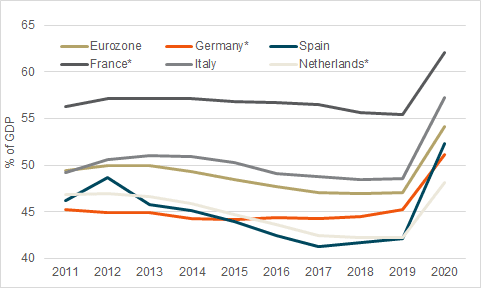 The above chart from BNY Mellon shows that once the sudden acceleration in fiscal spending due to the pandemic is excluded, the share of the state as a proportion of GDP growth across the main eurozone countries has either been flat or falling over the past decade.

"We absolutely acknowledge the need for the private sector to play a stronger role in growth. However, as we have highlighted before, public investment is required to "crowd in" the private sector through the strong multiplier effect as savings preferences renders it difficult for the initial demand jump to come from households," says Yu.

For the Euro-Dollar, the outlook remains challenging as a result.

"Once the next German government is formed, the market can re-price growth expectations accordingly as we will have a more comprehensive understanding of the future fiscal and investment outlook," says Yu.

The ECB is only priced by money markets to raise interest rates in 2024, at the earliest, given Eurozone inflation looks set to fall back below 2.0% over the medium-term horizon.

The Fed is meanwhile seen raising rates in late 2022 as officials express concern that current inflationary levels are proving stubborn, creating a dynamic supportive of the Dollar.

"In the current environment where the Federal Reserve is already advancing its normalization plans, EUR/USD may struggle to find any recovery momentum in the short term," says Yu.

Looking forward, a concern for Yu is that no German government is installed by the New Year and another vote is called.

This would coincide with the heating up of the French election campaign.

"From valuations to data to politics, further downside for the eurozone and eurozone assets is limited, but leadership vacuums in the eurozone’s main economies would jeopardize the recovery path over the coming months," says Yu.