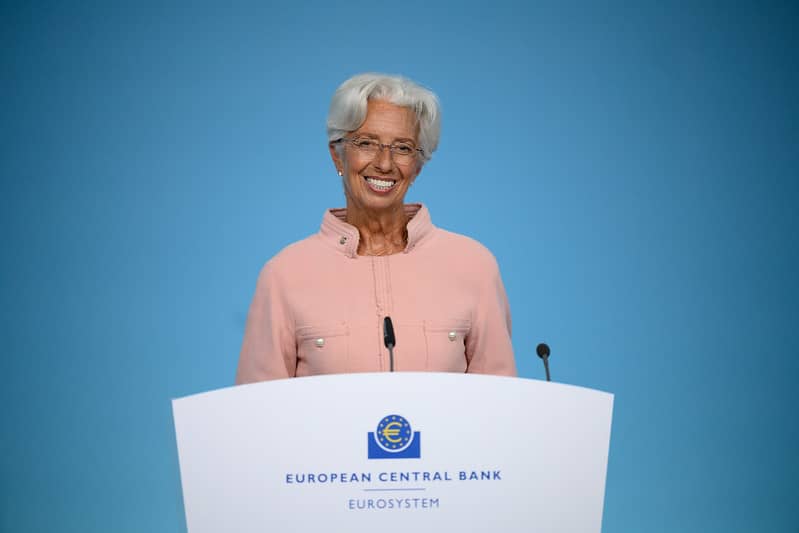 The Euro-to-Dollar rate attempted to draw a line under a hat-trick of losses but was struggling for momentum on Thursday after the European Central Bank (ECB) reduced slightly the pace of bond purchases under one of its quantitative easing programmes and hinted that a further reduction could come in December.

The Euro was indecisive if not volatile in the wake of September’s monetary policy decision as the market weighed the possible implications of the announcement that its Pandemic Emergency Purchase Programme (PEPP) will buy European government bonds at a "moderately lower pace" over the coming months than in the first half of the year.

“Based on a joint assessment of financing conditions and the inflation outlook, the Governing Council judges that favourable financing conditions can be maintained with a moderately lower pace of net asset purchases under the PEPP than in the previous two quarters,” the Bank said.

The decision follows months of strong market demand for government bonds across the board including in Europe as well as elsewhere.

This had led the governmental borrowing costs reflected by bond yields to fall sharply before late August and has been helping the ECB maintain favourable financing conditions for European companies, households and governments alike.

Thursday’s quantitative easing adjustment was the highlight in a set of policy decisions that otherwise saw the interest rates charged or paid on its main refinancing operations, marginal lending facility and bank deposit facility left unchanged at 0.00%, 0.25% and -0.50% respectively, with the original Asset Purchase Programme also set to continue at a pace of €20BN per month. 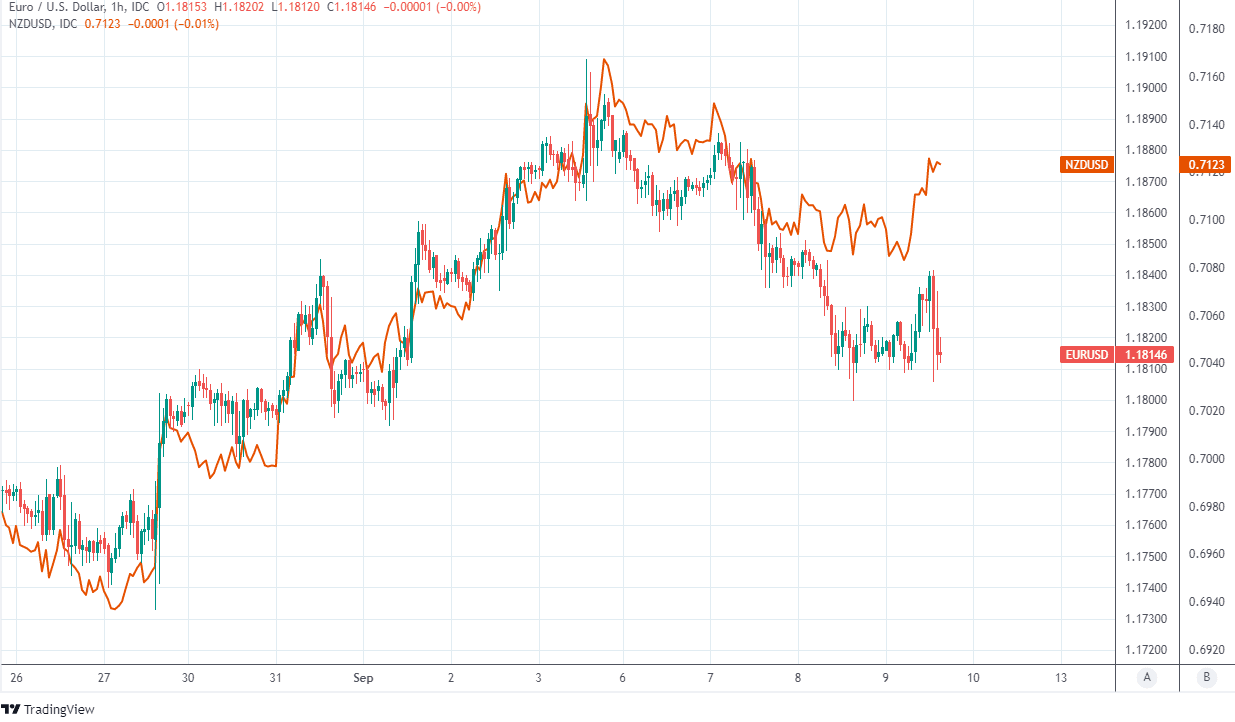 Frankfurt pledged to continue buying bonds under the €1.85 trillion PEPP programme “until at least the end of March 2022 and, in any case, until it judges that the coronavirus crisis phase is over,”.

President Christine Lagarde said in a press conference following the decision that Governing Council policymakers will further reassess the appropriate pace of purchases in December.

"Don’t dare to call it tapering. Even ahead of the US Fed, the European Central Bank announced today that it will pursue its emergency net asset purchases “at a moderately lower pace” in Q4 than in the last two quarters," says Holger Schmeiding, chief economist at Berenberg.

"But as expected, the ECB was at pains to emphasise that this should not be seen as the start of a continuous phasing out of its bond buying," he adds.

Thursday’s decision means the ECB has taken an opportunity to effectively reduce, at least temporarily, the pace at which its footprint in the European government bond market grows in size each week.

Lagarde’s comments in the subsequent press conference suggest that it could now take another such step around year-end if financial market conditions allow for it.

But the slight rub for the Euro is that these steps serve to prolong the potential life of the yield-stifling PEPP, which runs alongside the ECB’s original €20BN per month quantitative easing programme known as the Asset Purchase Programme.

This creates scope for it to continue buying up bonds for some time after the March 2022 point at which many perceive it as likely to end.

“We expect the PEPP to be ended in March 2022, as planned, likely with the whole EUR1850bn envelope spent. However, with a rather feeble outlook for inflation, after base effects have been winded out, we expect that asset purchases under the ordinary program (APP) will run throughout the next three years. Consequently, we expect policy rates to remain at today’s record-low levels,” says Kjersti Haugland, an economist at DNB Markets.

The ECB had purchased a net €1.34TRN of government bonds under its PEPP programme by September 03 with €65BN bought in August alone, implying around a €16.2BN per week pace of purchase before any pending reductions. 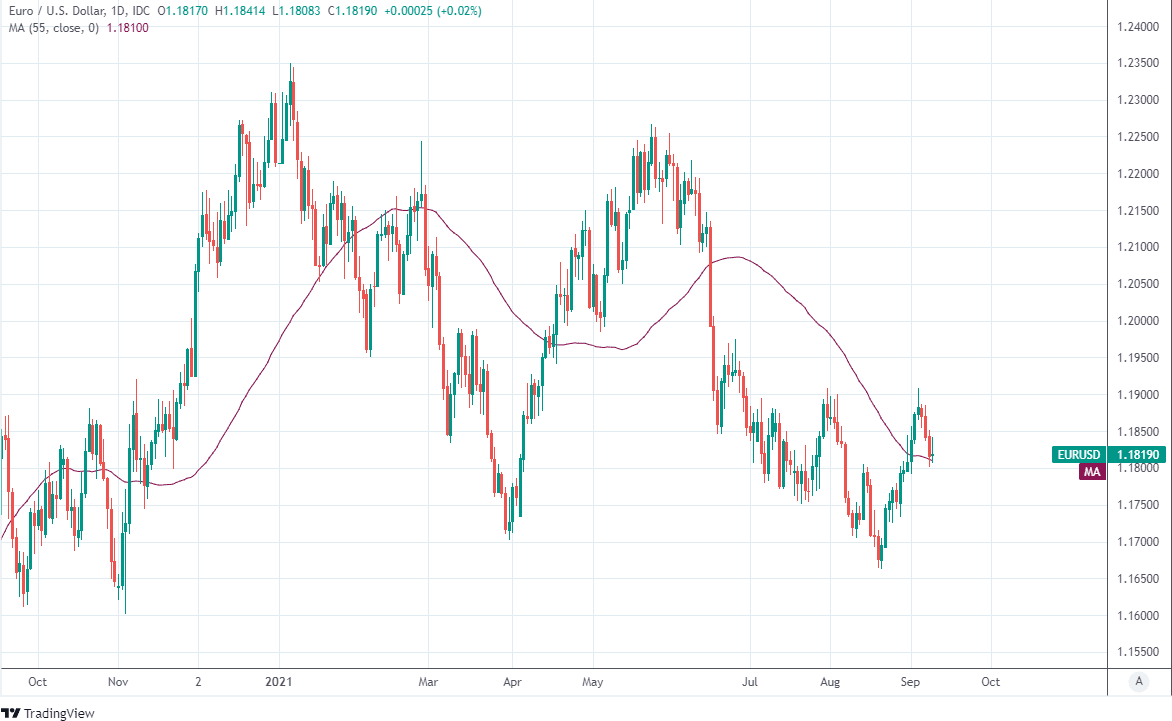 Above: Euro-to-Dollar rate shown at daily intervals, steadying atop of its 55-day moving-average.

At that rate of weekly purchase the PEPP programme would have had room to continue slightly beyond the end of April 2022, although following a lesser rate of purchase into next year; the lifetime of the programme could then potentially be extended for months more.

This and the plentiful scope for the ECB’s original QE programme to be stepped up in size following any end to its pandemic-inspired bond purchases is one potential explanation for why the Euro’s rally on Thursday afternoon was quick peter out.

“The president predictably brushed aside questions about whether the ECB has had any discussions about the overall fate of the PEPP. The council hasn’t discussed this, opting to wait for December and the Q4 staff projections,” says Claus Vistesen, chief Eurozone economist at Pantheon Macroeconomics.

“Ms. Lagarde was at pains to stress that the current elevated inflation rate is temporary. We agree. That said, the president also now concedes that the ECB is forced to consider the possibility that inflation could be more persistent than it had previously anticipated," he adds.