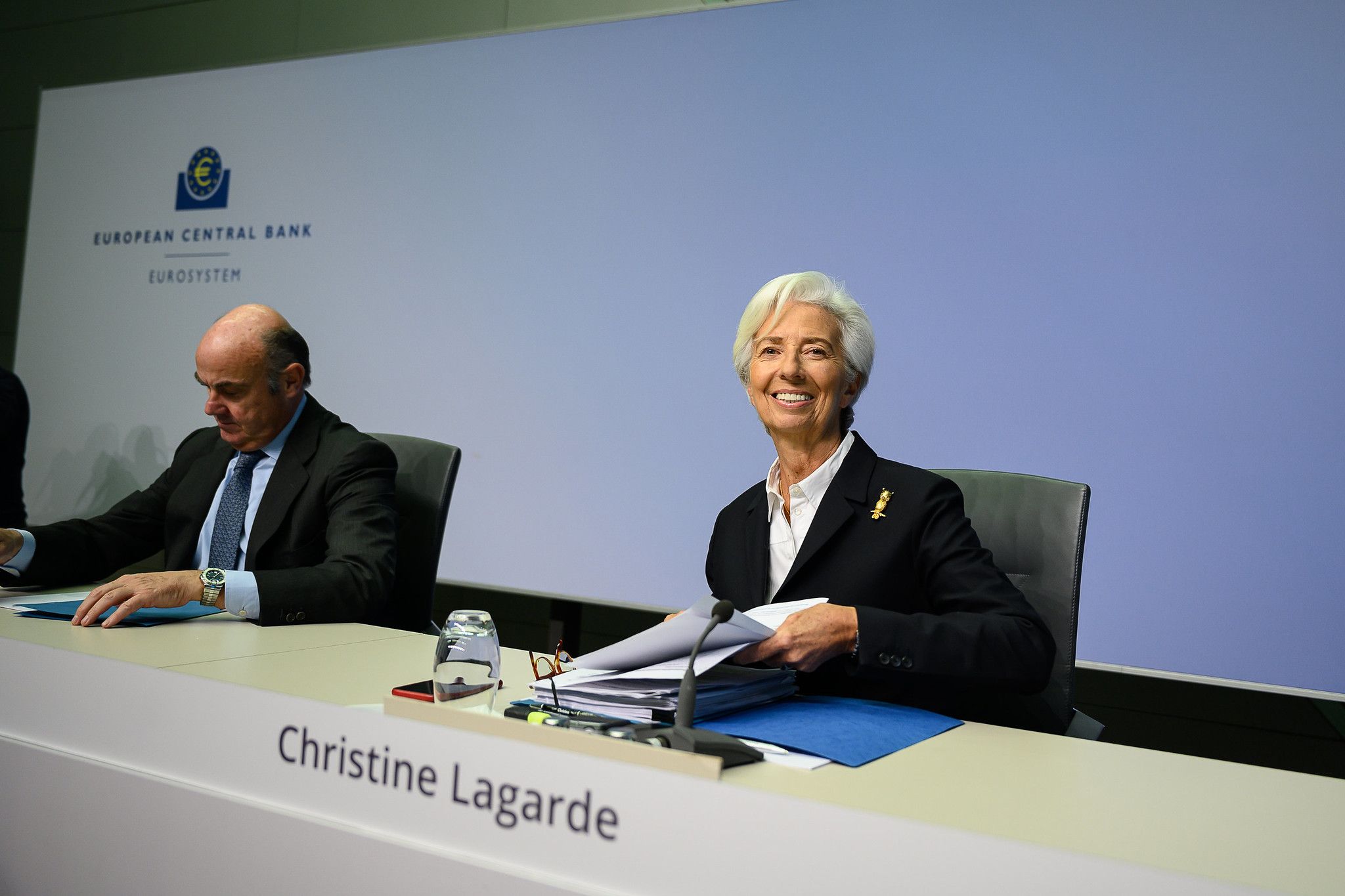 The European Central Bank faces a reckoning with bond markets say analysts at French investment bank Natixis who argue in a new client briefing that it will have to send a strong message to markets next week or risk a further tightening in funding costs.

Bond yields are rising sharply in all the world's major economies and posing fresh headwinds to an economic recovery that has arguably yet to even get started, particularly within the Eurozone which remains shackled by covid-19 restrictions.

Leading the charge higher is the all-important German bund yield, with ten-year bond yields rising to their highest levels since last March: 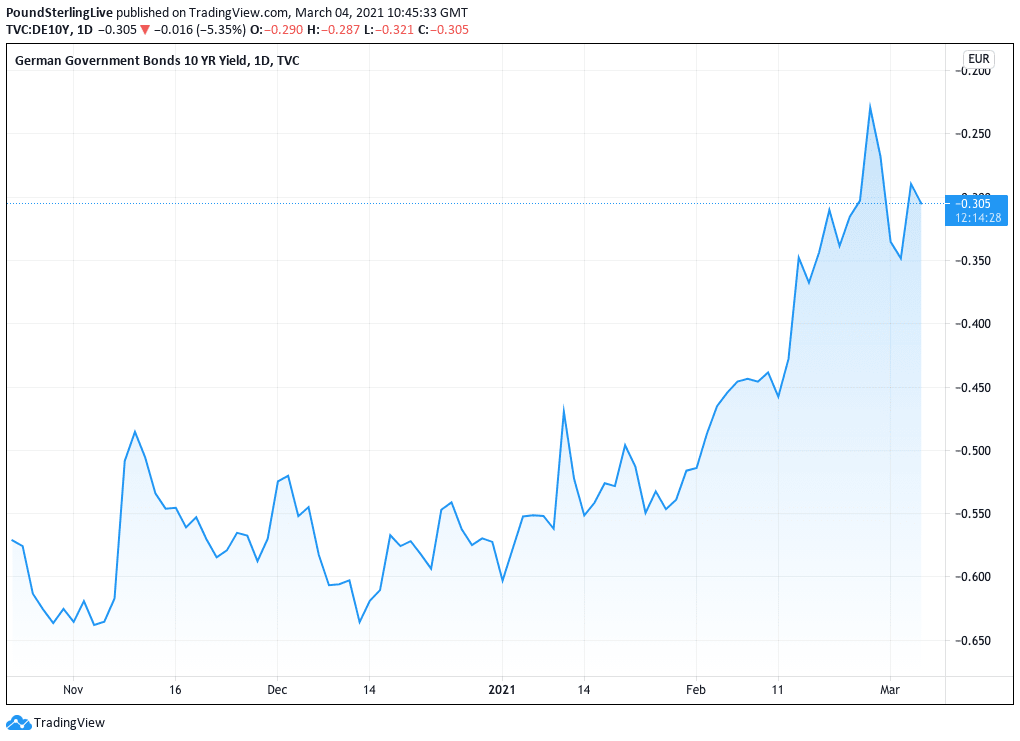 "The bond selloff in Europe resumed with a vengeance on Wednesday, despite further dovish comments by several ECB officials, just one week ahead of the meeting of the ECB Governing Council," says Cyril Regnat, analyst at Natixis CIB.

Investors have dumped German bonds as they expect higher inflation rates in coming months and years which risk eating away at their investments. They therefore demand a higher premium - in the form of a higher yield - to hold these bonds.

But rising bond yields is an effective rise in the cost of financing for governments, businesses and individuals and therefore poses a headwind to economic activity.

With the cost of borrowing rising back to levels seen last March - when the Covid-19 crisis was at its peak - financing the expected recovery becomes all the more difficult.

"Nerves remain frayed in the European bond market... that is plain to see," says Regnat. "This rise in interest rates is contributing to the current tightening of financial conditions, a tightening that is adjudged to be excessively premature."

The German representative on the ECB's Governing Council Jens Weidmann hardly helped matters when he attempted to play down the extent of the rise in Eurozone interest rates earlier this week, making it clear that the ECB does not envisage taking drastic measures at this juncture.

However he did hint that the ECB might make small changes to its policy to deal with rising yields.

ECB Executive Board member Fabio Panetta meanwhile said Tuesday that the jump in government-bond yields seen in recent weeks "is unwelcome and must be resisted."

It now falls to ECB President Christine Lagarde to concoct a definitive response and message at next week's policy meeting.

"While opinions do appear to diverge slightly within the ECB, the central bank, through its President Christine Lagarde, will have to send a strong message to the markets next week, indicating without ambiguity that the rise in interest rate levels is premature. If not, there will be an extension of the current bear market to the point where the German 10-year would move back into positive territory," says Regnat.

Natixis believes the ECB's forecasts - due to be released at the upcoming meeting - could act as a trigger for further bond yield rises as the 2021 inflation forecast is expected to undergo a significant upward revision.

Natixis economists expect the forecast to rise from 1% to 2%.

"Despite the ECB’s communication being likely to stress that the rise in consumer prices is but a temporary phenomenon, leading to a pullback in 2022, it is likely that markets will see matters quite differently and that investors will respond by strengthening their short duration bias," says Regnat.

It is expected the ECB will have to boost its asset purchase programme if it wants yield rises to come back under control.

Analysts at investment bank Morgan Stanley have meanwhile told clients they expect the ECB to next week endorse use of PEPP's (the bond purchase programme) flexibility to lean against further tightening of financing conditions.

"We expect a pick-up in pace, given that near-term risks are higher, while the vaccine roll-out and the recovery fund should boost growth further out. We also expect differentiation by country if wider spreads interfere with transmission," says Jacob Neil, Economist with Morgan Stanley.

They also expect a 'twist' in purchases to longer durations to reduce term premia as possible, if less likely, since it has not been done before.

Morgan Stanley say they are opting to stay neutral on EUR/USD and think that ECB dovishness isn't enough to turn them bearish on the Euro.