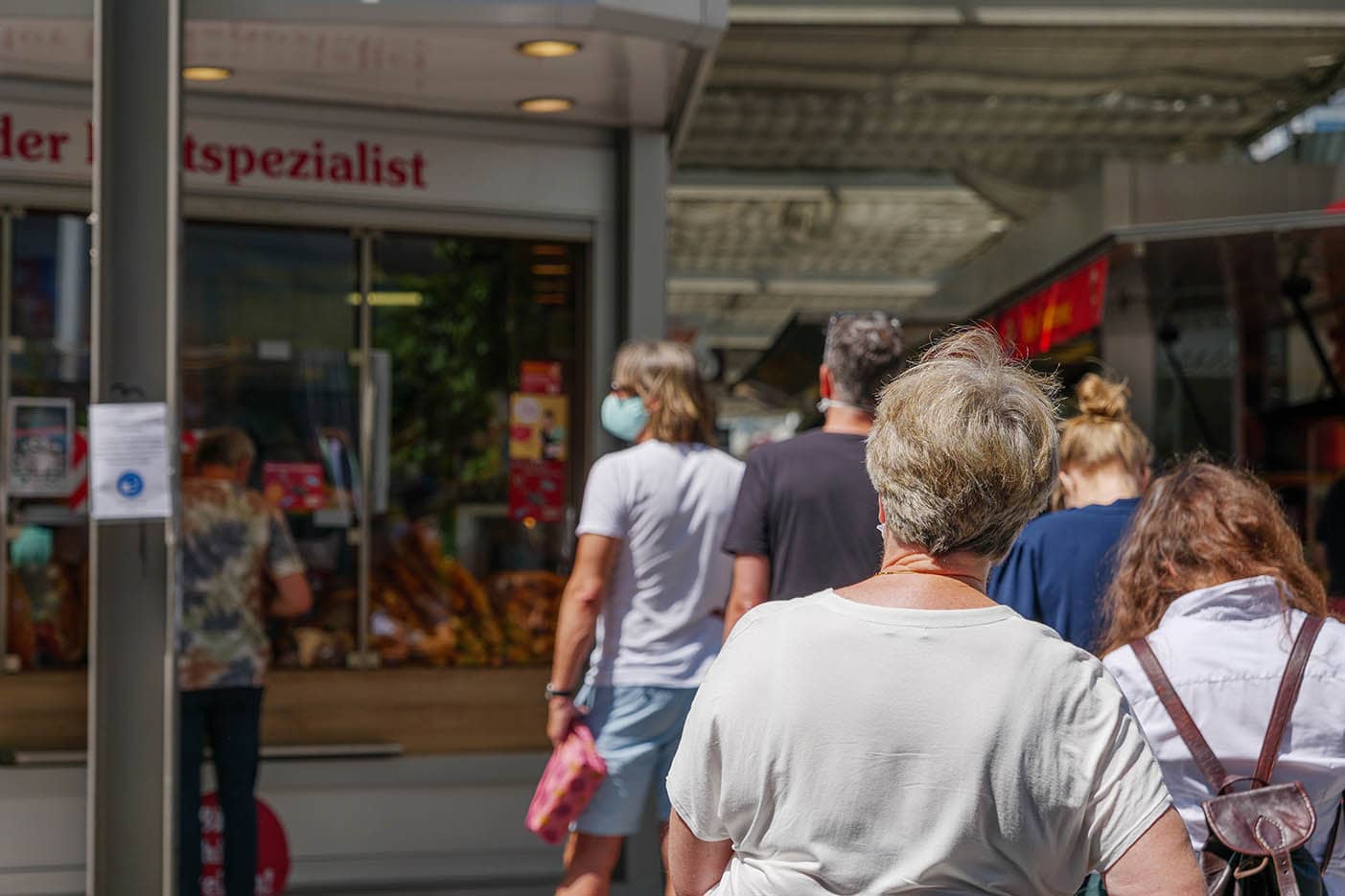 Retail sales rose 5.7% month-on-month in June with the year-on-year figure reading at 1.3% reports Eurostat, which is notably higher than the previous month's figure of -3.1% and better than consensus expectations for -0.5%.

"Another V spotted in the EZ data," says Claus Vistesen, Chief Eurozone Economist at Pantheon Macroeconomics. "These data have been very strong in the past few months. The rise in June left retail sales 0.2% above its pre-crisis level at the end of Q2, which is impressive." 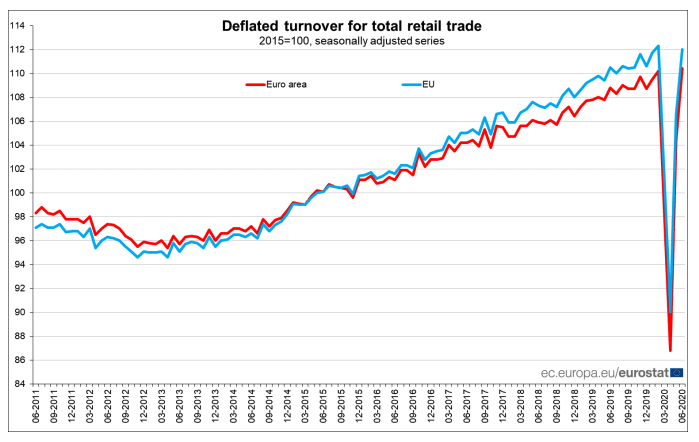 Looking at the country by country breakdown, the Eurostat data revealed strong gains in Spain and Italy, at +16.5% and +13.8% month-to-month respectively, and a robust 9.5% increase in France. Sales fell by 1.6% in Germany, but Vistesen says this is a reversion from the 12.7% rise in May.

The sectoral breakdown revealed non-food sales in physical stores rose by 12.1%, adding to May's 38.7% gain, online sales meanwhile declined by 6.8% on the month as consumers returned to the streets.

Concerning the outlook, "to the extent that the next six months will be characterised by rising labour market uncertainty and reduced income support, at the margin, from fiscal measures, the road from here will be bumpy in the headline retail sales data," says Vistesen.

In line with the reset of expectations, the Euro-to-Dollar exchange rate rallied from a low towards 1.08 in March to a multi-year high at 1.19088 on July 31. The market has since cooled back towards current levels at 1.18 and questions are being asked as to whether this is the end of the single-currency's advance or merely a consolidation. 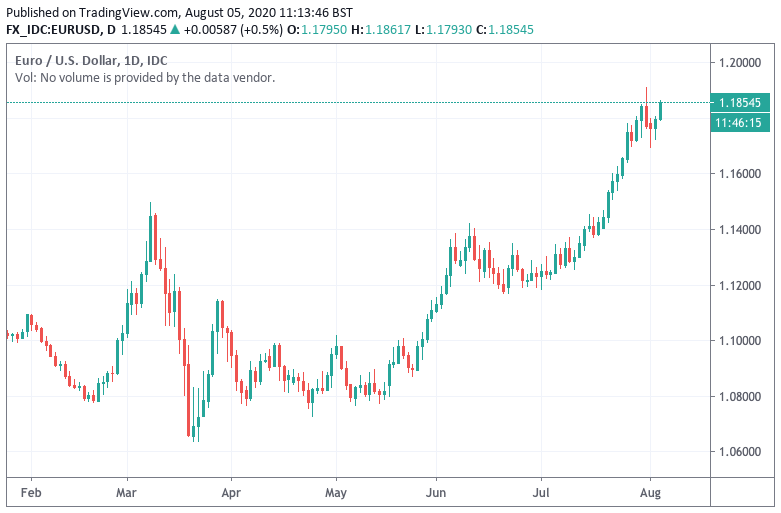 The likely answer to this question will come from the data over coming weeks with investors requiring further strong showings from the Eurozone, while any sizeable rebounds in U.S. data could undermine the Euro's outperformance and aid a U.S. Dollar rebound, with this in mind keep an eye on Friday's non-farm payroll data.

"Macroeconomic data has become more important over the past month. Central banks and governments are debating whether to extend stimulus measures to support the economic recovery from the pandemic-induced recession and therefore economic data is becoming more relevant," says George Vessey, Currency Strategist at Western Union.

Foreign exchange strategist Sheena Shah at Morgan Stanley has told clients the Euro's recent rally might have reached its limits and that the bank had exited a 'long' position on EUR/USD after it hit 1.18.

"The near-term EUR positive catalysts appear to be behind us for now as the market has absorbed the positive outcome from the European Council meeting, suggesting the path for EUR/USD will remain more dependent on the USD side. The net short euro equity position appears to have been mostly covered and has slowed in recent weeks. We look to September and beyond when the EU may start to discuss the next stages of reforms," says Shah.

However, Morgan Stanley analysts do expect EU debt issuance in 2021 may also attract further inflows allowing EUR/USD to trade above 1.21 in coming quarters.

"The latest leg higher for EUR/USD was increasingly driven by the USD. We have now closed our long EUR/USD suggestion at 1.18 and will re-assess the trade in coming weeks. We are still expecting EUR/USD to trade above 1.20 in coming quarters," says Shah.

Terence Wu, FX strategist at OCBC says the U.S. Dollar could be in for some consolidation over coming days following its recent falls, but he is yet to be convinced that the currency's broader prospects are about to turn positive.

A stronger Dollar strength would be most apparent against the antipodean dollars as well as the British Pound, according to the analyst.

"Stay nimble and flexible for now," says Wu. "If we indeed see the USD’s fortunes reverse, prefer to express that through the GBP. There has been no regard of Brexit headlines in the midst of USD weakness, if the USD turns do not rule out a refocus on the stalling brexit headlines. Stay negative on the antipodeans as well, with a potential tilt towards risk-off perhaps forthcoming."